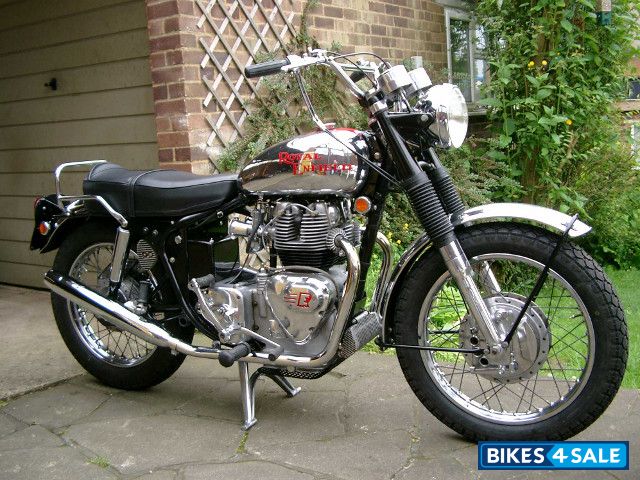 If someone asks me about my 'first crush', without any hesitation I can say, it is the British Twins. From the late 19th century, these iconic motorcycles are considered as collector's item. It includes all-time favourite Triumph Bonneville, BSA Lightning, Norton Atlas and off-course the Royal Enfield Interceptor and Constellation. The Royal Enfield Interceptor was one handsome bike of those days, which had showcased the quality and heritage of the brand across the globe.

The Birth
The Interceptor was born in 1960 when RE decided to upgrade their Constellation powered by 692cc engine. This model was available for sale in the USA, Canada and England. After two years, they upgrade their engine to 750cc and sold the models till 1970. Later, the company falls into the hands of Madras Motors of India due to some financial crisis. During their course, Royal Enfield had supplied their 700cc engine and chassis to the American marque Indian motorcycle to built the Indian Chief or the Royal Enfield Chief model. After discontinuing the Interceptor and Constellation, Royal Enfield never tried to develop a twin cylinder motorcycle thereafter. However, the company still builds and sells single-cylinder Royal Enfield Bullet all over the world to this day.

The Engine and Performance
In 1960, Interceptor was powered by 692cc, air-cooled, twin cylinder engine found in the Enfield Constellation. It was company's biggest engine later turned into much bigger 736 cc twin cylinder engine in 1962 on the 750 Interceptor. The engine gets teamed up with 4-speed constant-mesh gearbox delivering a maximum power of 52.5 bhp @ 6000 rpm. The first 692cc engine got 2 carburettors instead of one along with lightened and balanced crankshaft, R-grind cams and Lucas magneto.

The Development
The 736cc twin cylinder engine was introduced in the year 1962 with 71 mm bore and 93 mm stroke. It was similar to the 692cc with an upgraded engine case to withstand the increased torque. Unlike other 'English Twins' of that age, the crankshaft of the Interceptor was dynamically balanced to become one of the smoothest British twin engines ever made. It was code named as Series 1, which was manufactured until 1966. Later, the RE started rolling Series 1A Interceptor in the year 1967 with two sub-models GP7 & TT7. This model received a slew of changes like new chrome fuel tank, new seat, instrument displays, handlebar, mudguards and twin Mark 1 Amal carburettors. Moreover, the magneto system was replaced by coil ignition.

Recently, the Royal Enfield has developed a 750cc, twin-cylinder engine for their global market. It is expected to hit the international market within two years, on a Cafe Racer and Triumph Bonneville like platform. However, this new offering has already delighted the Enfield fans around the world and claims to become the next big thing in the Enfield family.

Who knows, the upcoming Royal Enfield 750 might be the rebirth of the Royal Interceptor 750! 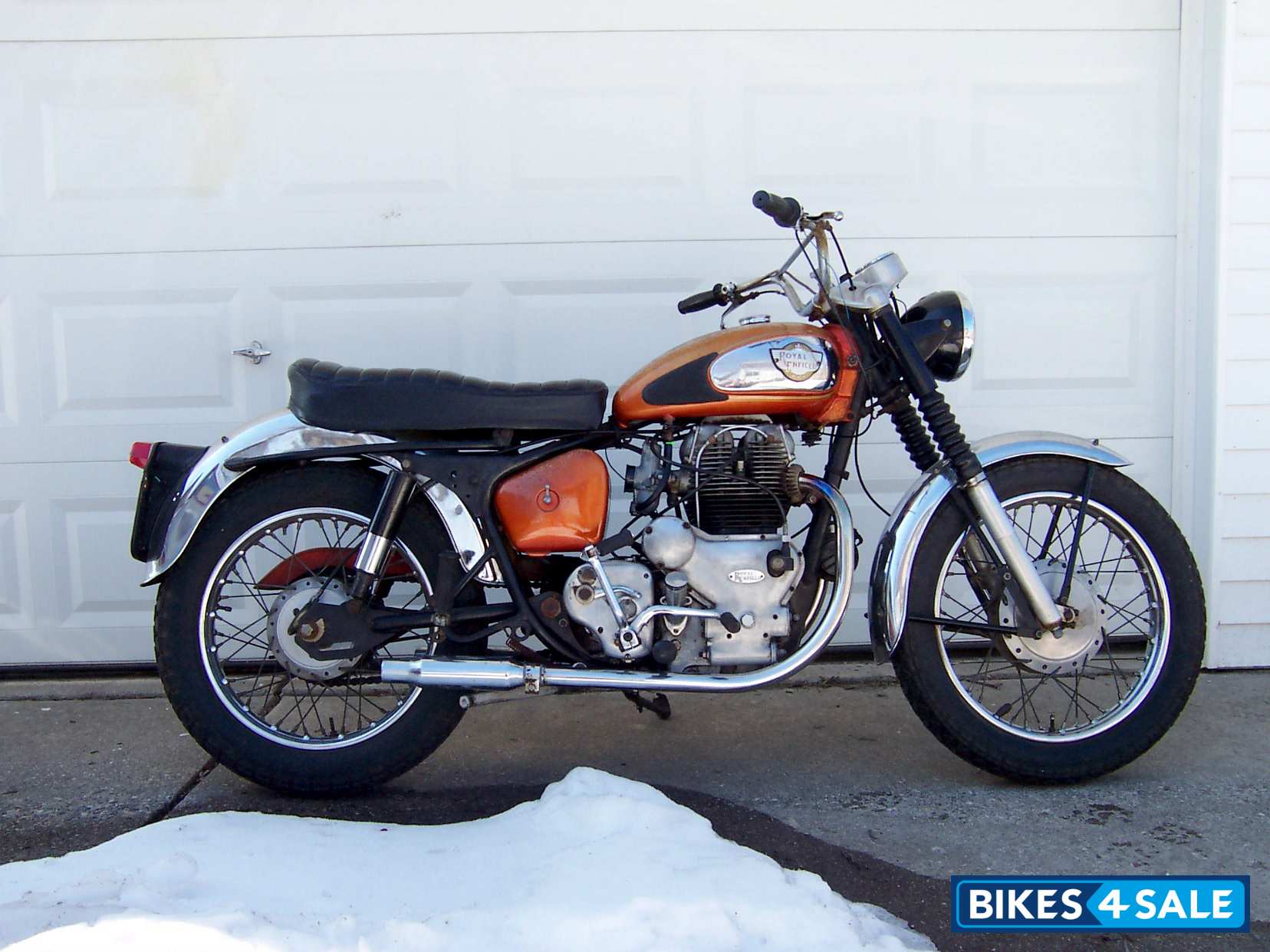 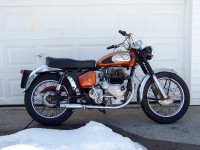 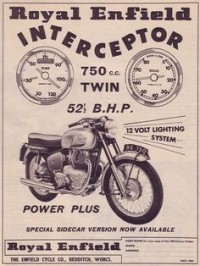 View All Showrooms
Technical Specifications
User Reviews of Interceptor. Write Your Review
Interceptor engine, 1a or 2, v smooth and torquey - more so than 1972 combat engined commando l had (which l part-ex'd with Elite for a Rickman Interceptor which l still have)
The 1A and 2 export Interceptors are almost certainly the most handsome British twins ever built, with (then) superbike performance.
By R.p.webb on 01-11-2021
Went to buy one in 1970.....test drove it and felt that it vibrated too much...more than my Triumph 650
By John on 01-08-2019