Specs and price of all two-wheelers from Royal Enfield

Royal Enfield is one of the oldest motorcycles brands, which used to manufacture two-wheelers in this modern civilization. It was initially founded as a sewing needle producing unit in 1851 by George Townsend. From the year 1886 onwards, they started selling bicycles made in their factory. After suffering a huge loss from their business, Alber Eadie supplied a major part of the bicycles and a new company was established in 1892 bearing the name, Eadie Manufacturing Company Limited based in Birmingham. After few years, they began to supply precision parts for a firearms company called Royal Small Arms Factory in Enfield.

From the year 1901 onwards, Enfield diversified into motorcycles and in the meantime continues to produce military and sporting rifles with BSA. The Royal Enfield of India started their business in 1955, after joining hands with the Madras Motors of Chennai. In 1967 Royal Enfiled was sold to Norton Villiers and closed its production facility in the famous Redditch factory in England. However, Enfield of India continues to manufacture two-wheelers, and later the name 'Royal Enfield' was adopted after the lawsuit. The iconic RE model 'Bullet' played a key role in marketing the Enfield title all over India. The Royal Enfield Bullet Standard 350 is one of the oldest production motorcycles in the world. The Continental GT, a 535cc cafe racer leads the Royal Enfield clan in India and other International markets.

'Made like a gun, goes like a Bullet'. Royal Enfield, a wholly subsidiary group of Eicher Motors, is the only premium bike manufacturer of the Indian soil. It is the world's oldest motorcycle brand which is still in business. Moreover, one of its machines, the Bullet 350 is the world's longest running motorcycle model in continuous production. The company is nick named as India's Harley Davidson. Being headquartered in Chennai, the RE started its journey in India in 1955. Spread over 10 acre field, RE has only one production plant in India with a production capacity of mere 70,000 units per annum and that is at Tiruvottiyur, in Chennai.

The story of Royal Enfield begins from England when the Crown, a corporation sole licensed to use the brand name, Royal Enfield in 1890. Then in 1893, the Enfield Cycle Company was incorporated. The company started its business manufacturing motorcycles, bicycles, lawnmowers and stationary engines under the brand name, Royal Enfield. Later, Enfield started producing quadricycles with De Dion engines in 1899 and several experiments were done in that partnership. In 1909, Enfield introduced its first small motorcycle. The bike was equipped with a Swiss made 2.25 HP V twin Motosacoche engine. That was a great miraculous to the two wheeler industry worldwide.

In 1911, Enfield added the vocabulary 'Royal' to its name to result 'Royal Enfield'. In the same year the bike of Royal Enfield was introduced. This time mated with slightly more powerful 2.75 HP engine which is attached with Enfield's own 2-speed gear box. In 1912, the JAP 6 HP 770 CC V twin with a sidecar combination was unveiled. The motorcycle was predominately superb at its class and achieved some good name for the RE firm. In 1914, RE launched its first motorcycle with 3 HP. The bike was furnished with the standardised Enfield paint scheme of black enamelled parts and green tank with gold trim. During the First World War between 1914 and 1918, RE supplied many motorcycles to the representing nations. The British War Department and the Imperial Russian Government were the company's major customers. And for war usages, RE invented new 225 cc two-stroke single and 425 cc V-twin engines. Meantime, RE also introduced its first sidecar which is attached with a Vickers machine gun.

In 1921, Royal Enfield invented a new 976 cc twin engine, which was a new chapter to the account of RE's tradition. In 1924 RE developed their first 4-stroke 350 cc single engine using a JAP engine.

RE found that the bulbous 'saddle' tanks and centre-spring girder front forks are very essential for motorcycling. Thus the company began using those facilities in 1928. RE was one of the first companies to utilize those well developed features. Meanwhile, the after effects of the World War I decreased the demand of motorcycles and it severely hammered the sales of RE as well. However, the company endured the crisis and continued production even under pressure. Albert Eddie, one of the founders of RE passed away in 1931. Followed by his partner, R. W. Smith in 1933.

The good name of Enfield in the war fields gained the call of British authorities during the Second World War (1939-45) to produce special motorcycles for war. As a result the Royal Enfield WD/RE, a lightweight 125 cc motorcycle was born. It is also known as the Flying Flea. The bike was specially designed to be dropped by parachute with airborne troops while warring. That was a notable milestone in the history of RE. The WD/C 350 cc sidevalve, WD/CO 350 cc OHV, WD/D 250 cc SV, WD/G 350 cc OHV and WD/L 570 cc SV were the other motorcycles developed for the war. After the war, RE continued producing the single cylinder ohv 350cc model G and the 500cc Model J. In 1948, the consortium developed rear suspension and featured on the 350cc Bullet. In 1949, Royal Enfield gave birth to its first superbike, the 700cc Royal Enfield Constellation Twin.

Soon, RE commenced its trade in India in 1949. Later, the India Government chose Royal Enfield motorcycles for its police and army men in 1955. At first the Government ordered for 800 350 cc Bullets. In 1955, the Enfield India was born as the company partnered with Madras Motors to assemble the 350 cc Bullet under licence. 1962 onward RE started to build almost all parts of the motorcycle. In 1989, Enfield India commenced exporting Bullets to UK markets. In 1995, Eicher Group bought the complete stake of Enfield India and re-branded the firm to Royal Enfield. At present RE export its products to more than 20 countries worldwide, including UK, US, Australia and some other European countries. The recent updates show that Royal Enfield has 12 models in production - Thunderbird 500, Thunderbird 350, Classic Desert Storm 500, Classic Battle Green, Classic Chrome, Classic 500, Classic 350, Bullet Electra Twinspark, Bullet Electra EFI, Bullet Electra Deluxe, Bullet 350 Twinspark and Bullet 500. 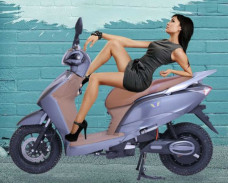 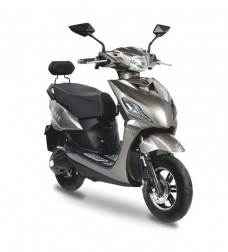 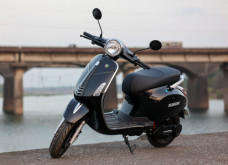 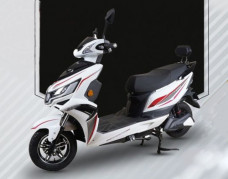