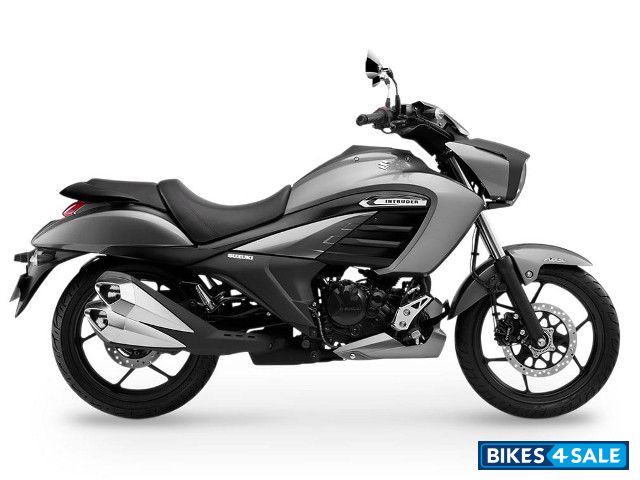 Launched in India in November 2017. Intruder 150 is not in production now.

Intruder 150 is an entry-level cruiser underpinning the renowned 154cc, air-cooled engine of Suzuki Gixxer. It looks like a young version of the mighty Intruder M1800R featuring similar headlamp design, fairing and saddle. The legendary Intruder style headlamp itself enhances the aesthetics of this bike to a whole new level. Suzuki engineers have done a fantastic job by incorporating sporty and luxury feel to this motorcycle. However, Intruder has to deal with the segment ruler Avenger Street 150 in order to capture the market share.

Suzuki has stopped the production of its motorcycle Intruder 150 and hence the given price is not relevant. If you want to check the price of second hand Intruder 150, try our Bike Valuation Tool. 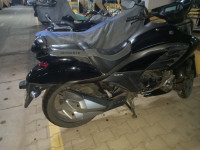 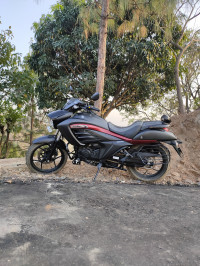 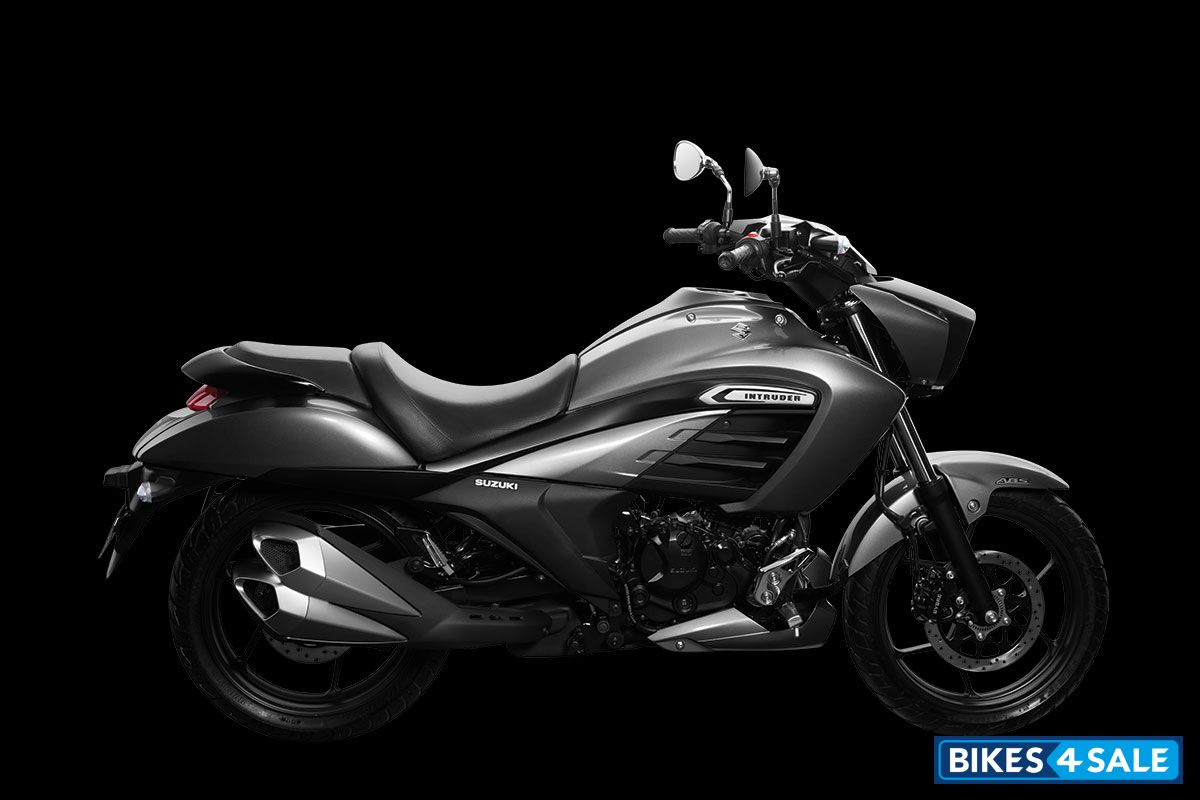 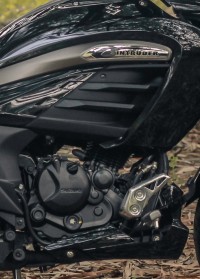 For us, Intruder was a gigantic cruiser motorcycle with a bossing attitude until Suzuki rolls down their latest offering Intruder 150. After enjoying a market success from the Gixxer series, Suzuki Motorcycles India Ltd is on a full confidence to compete in the much popular cruiser market in the country. However, the introduction of a 150cc Intruder was a clever and at the same time a shocking a move from the makers. With the launch of this motorcycle, Suzuki has shown the determination and conviction of the brand to launch more and more new products to the market. 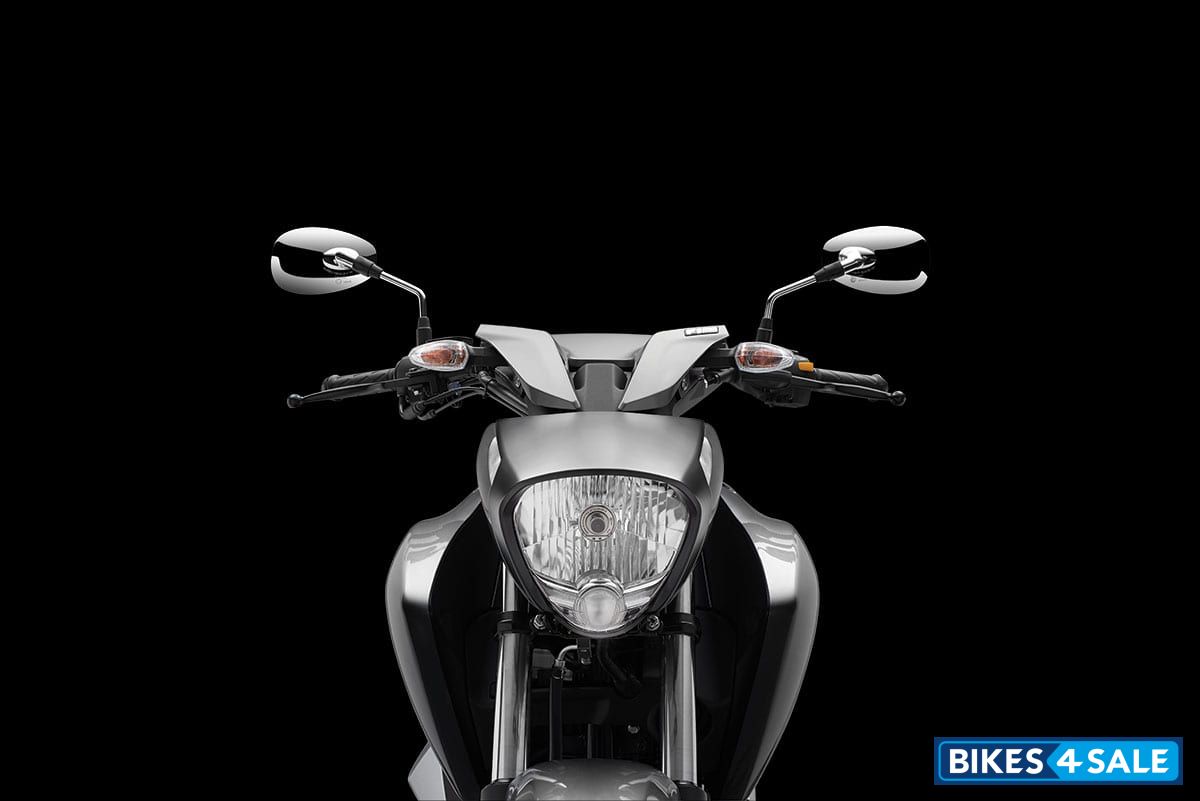 The Engine
Intruder gets the same 154.9cc, 4-stroke, air-cooled engine found in the entire Gixxer series. It is one of the reliable engines that Suzuki has ever produced for the Indian market. This engine is renowned for its subtle economy and power delivery. Therefore, without any second thinking, Suzuki decided to house this engine to the Intruder 150 with the same 5-speed gearbox from Gixxer. Suzuki Gixxer had a top speed of 120 kmph. However, by observing the styling and body language of Intruder, it is expected to have rather low top speed when compared to the prior. Moreover, the engine gets a fine touch from SEP (Suzuki Eco Performance) which is a new developmental concept proposed by Suzuki to boost the fuel economy and superior acceleration of the bike. 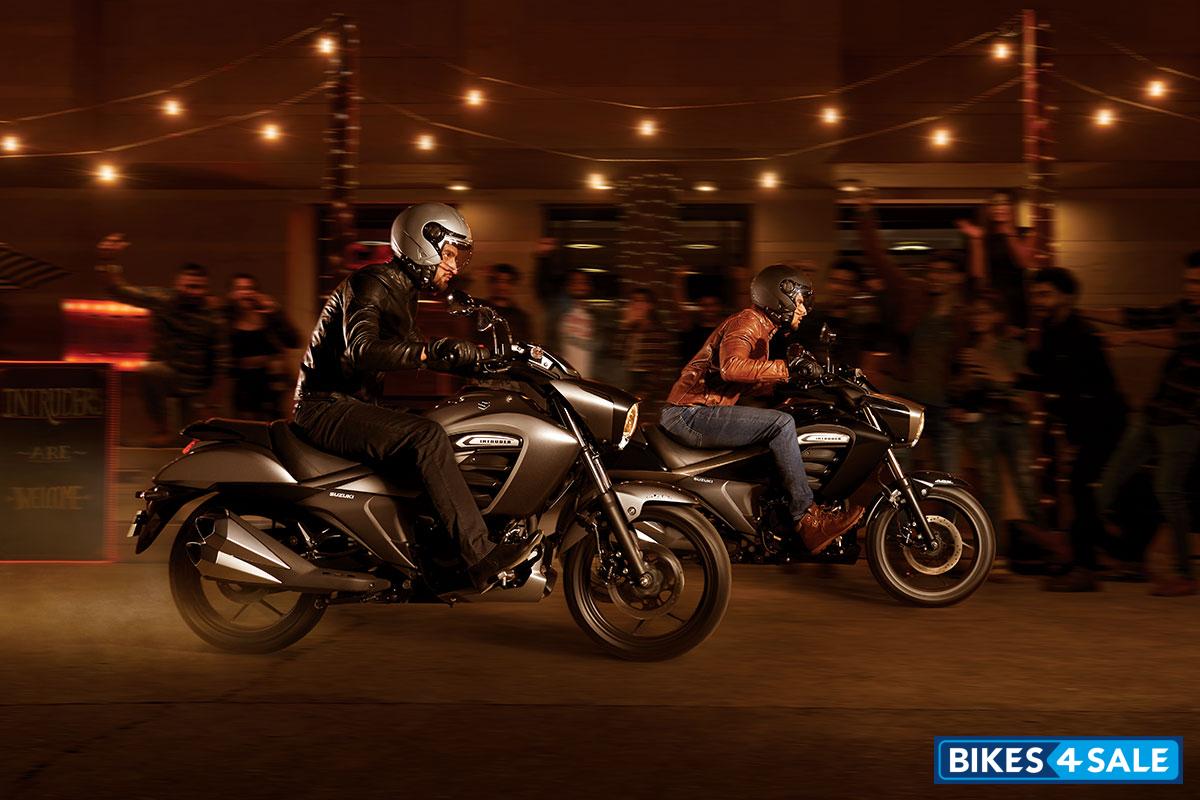 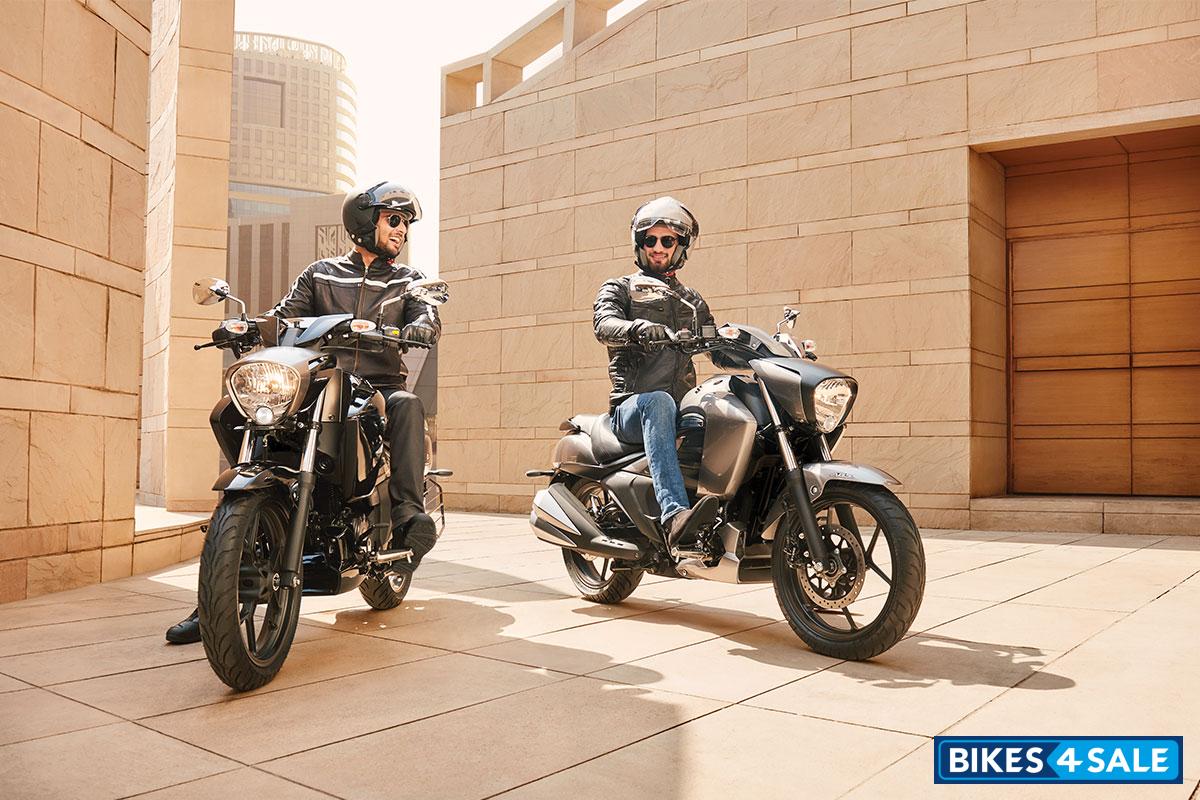 From the very first stance, it is clear that new Intruder 150 is largely inspired by the flagship model Intruder M1800. It gets the iconic Intruder style headlamp with LED position lights. And this single feature alone adds substantial size to this motorcycle. The overall styling of this two-wheeler totally outclass the cruiser bikes that we have been seeing for ages. On the sides, it gets two-tone body panels in high-quality plastic bearing the Intruder logo. The seats are split and comfy, offering seamless riding experience to the rider and pillion. At the rear horizontally laid LED tail light gels very well with the overall design of the bike. 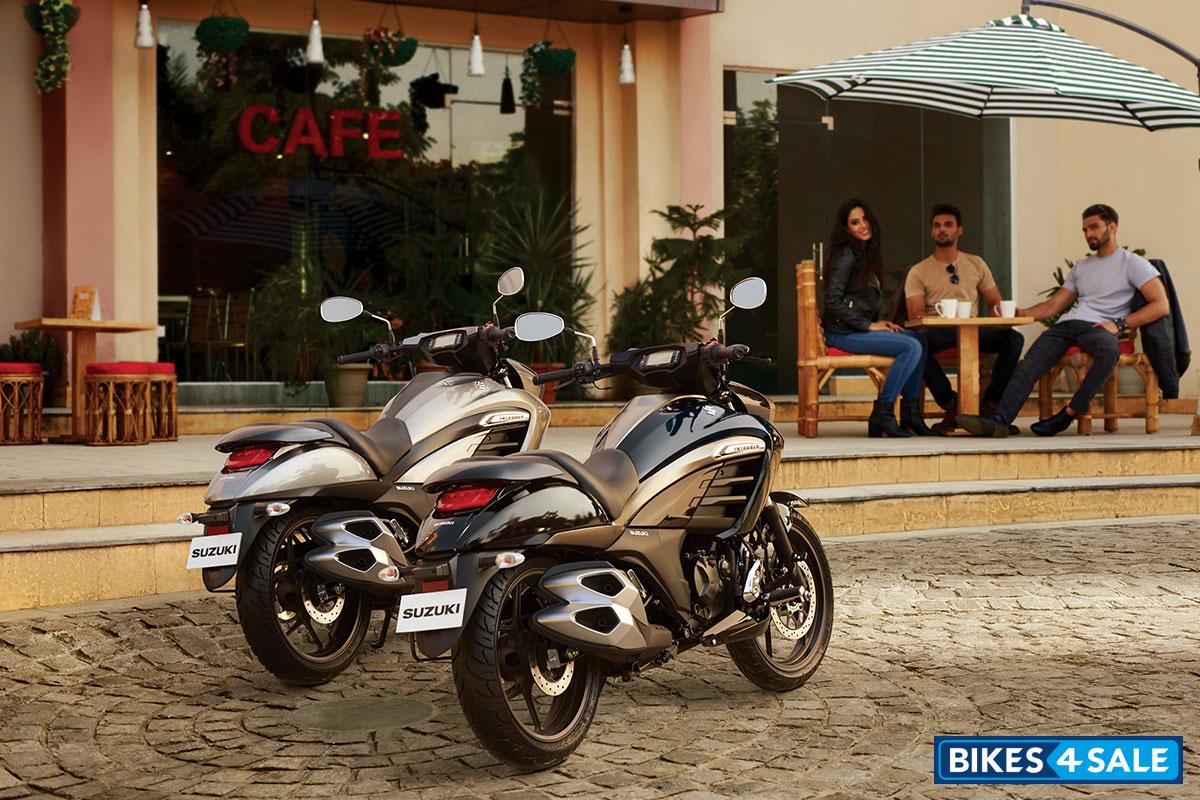 Intruder 150 features fully digital instrument console unit found in the Suzuki Gixxer series. Another highlighting feature of the Intruder 150 is the sharp twin exhaust which aids the sporty feel of the bike. The bike also features ABS, which is absent in the Gixxer models. 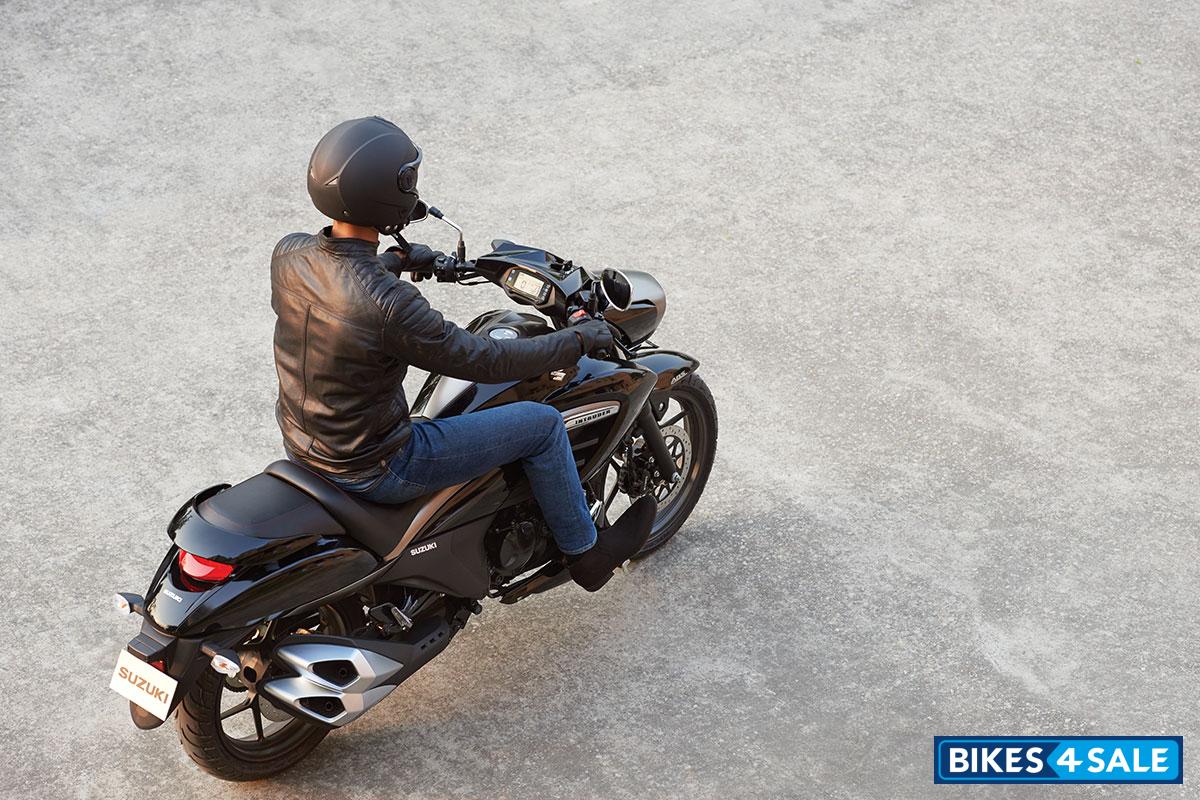 Suspension and Braking
Intruder 150 gets the same telescopic type fork at the front and swing arm type suspension at the back. Braking duties are held with Disc brakes at both the ends. The ABS system adds the extra safety to this vehicle. 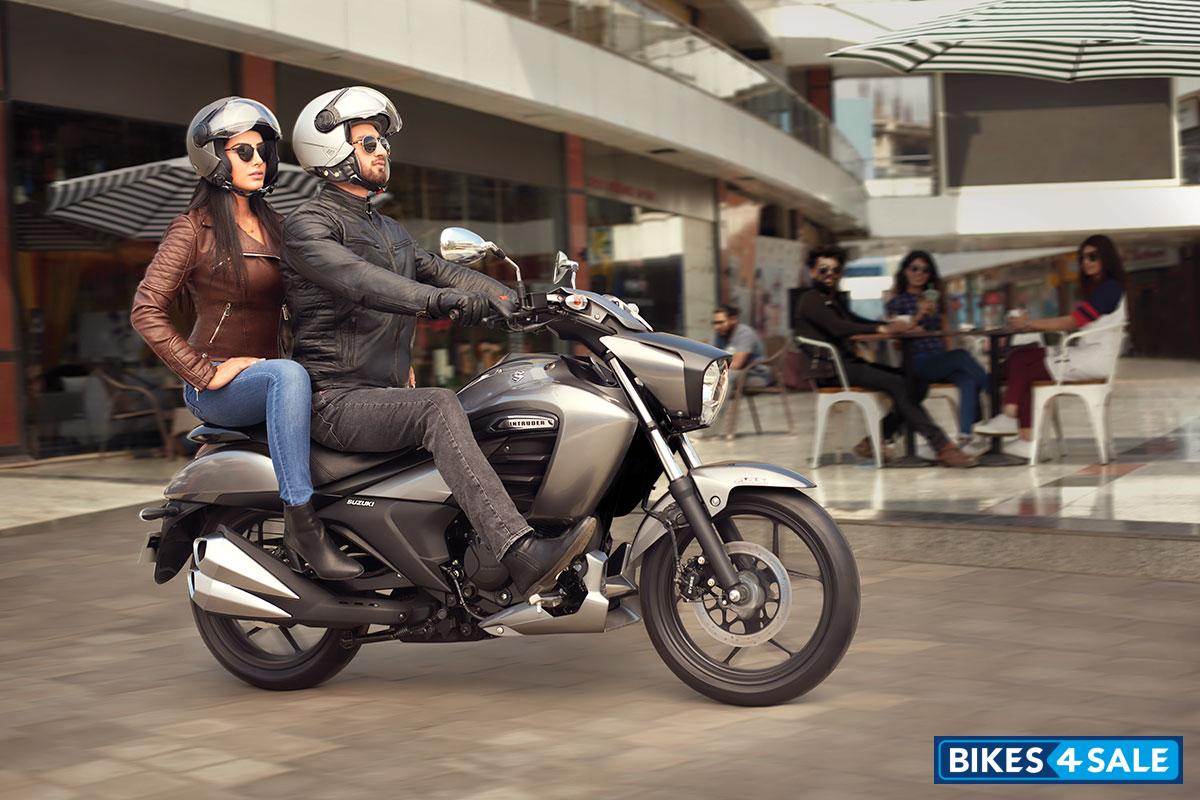 Final Words
More or less, Intruder 150 is a good motorcycle which can be also called as the much-required alternative in the cruiser market of India. For the past 4 to 5 years, Indian market was doomed with lack of alternatives in retro-classic and cruiser segment. The Avenger twins such as Street 150 and Street 200 were the only options for a consumer who is looking for an entry-level cruiser in the country. Therefore, Suzuki has brought the much-anticipated change or option to this section. Now, the model has to be tried and tested by the users itself in order to succeed in the two-wheeler market.
Test drive reports, reviews and news
User Reviews of Intruder 150. Write Your Review
Suzuki’s intruder bike is good to ride but changing gear and putting brake is comparatively difficult.... Does not feel easy to ride. If the gear and brake adjustment is done it will be very good to ride.
By Ali on 14-03-2018
Indian all bikes are available on white colour but not intruder why
By Tariq Shaikh on 12-03-2018
I hate the bike because I can't do extra fitting like both a side box
By Nelson Albert on 25-01-2018
I love this bike
By Kiran Sori on 25-12-2017
tihs viceal is very goods
By Syed Yousuf on 19-12-2017
nice and good looking cruise bike
By Bhai on 16-12-2017
its a better machine with good design i like it but back seat little small i think look wise very nice bike
By Ravi Kant Yadav on 12-12-2017
Good look for greet suzuki Cruiser bike all categories like
By Ramesh R on 03-12-2017
A good looking bike
By Rao on 26-11-2017 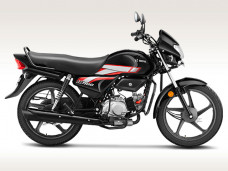