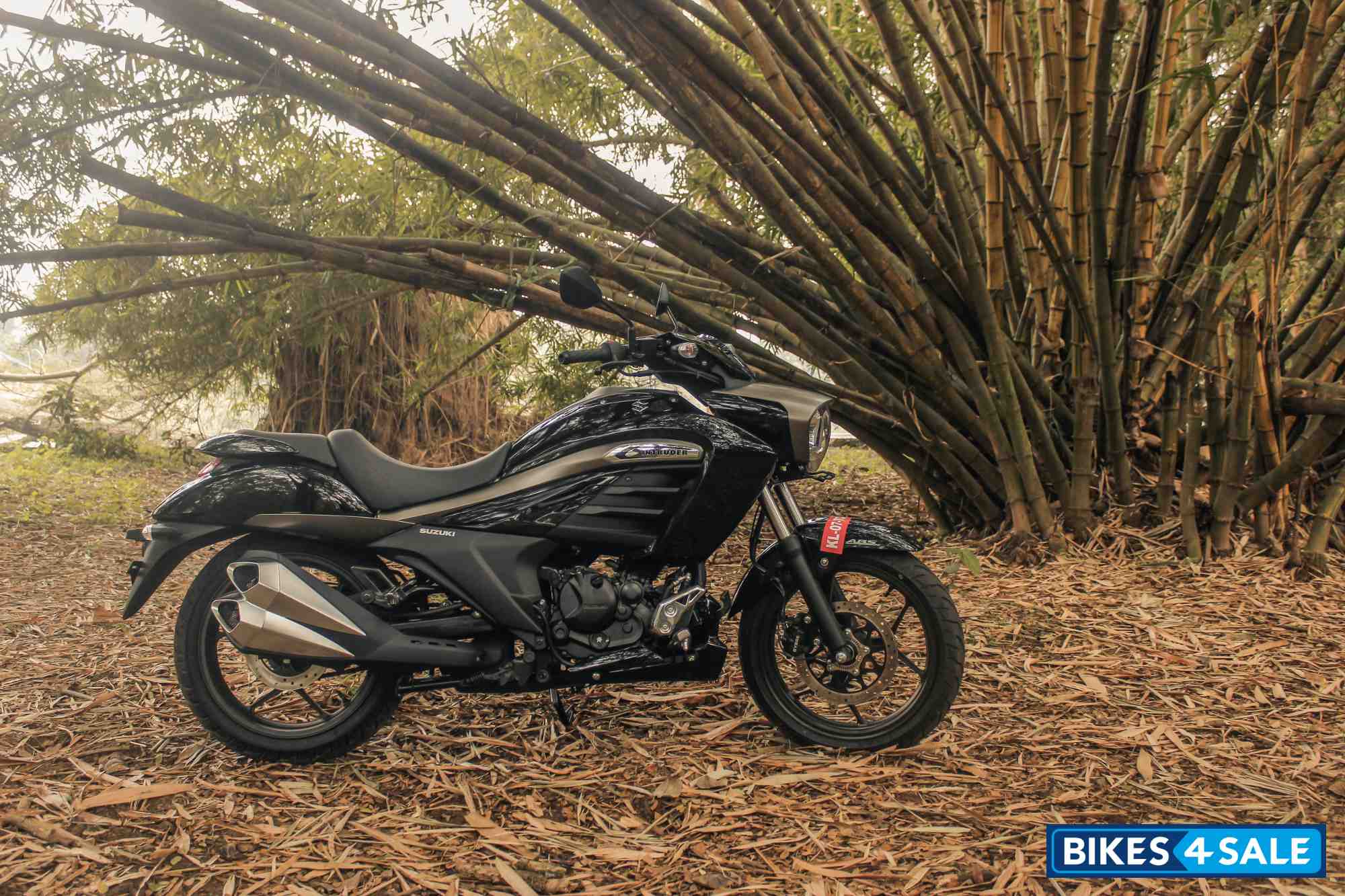 Suzuki Motorcycles have been digging hard in their second run in the country until they found gold with their 150cc Gixxer motorcycles. Until then, Access 125 was the sole player to generate some revenue for the brand. Now, they are pretty much happy with the 150cc and 125cc segment and decides to change the tastes to something different in the cruiser segment. Interestingly, they don't have to spend over R&D for a cruiser as they have got a global cruiser in their pockets called the Intruder M1800. Therefore, Suzuki decides to bring this flagship to the Indian soil in a much affordable version by mating the Intruder body on the Gixxer powertrain. Guess what, a new cruiser called Intruder 150 was born, bearing an exciting price tag of Rs 98340 (ex-showroom).

How the new Intruder Looks 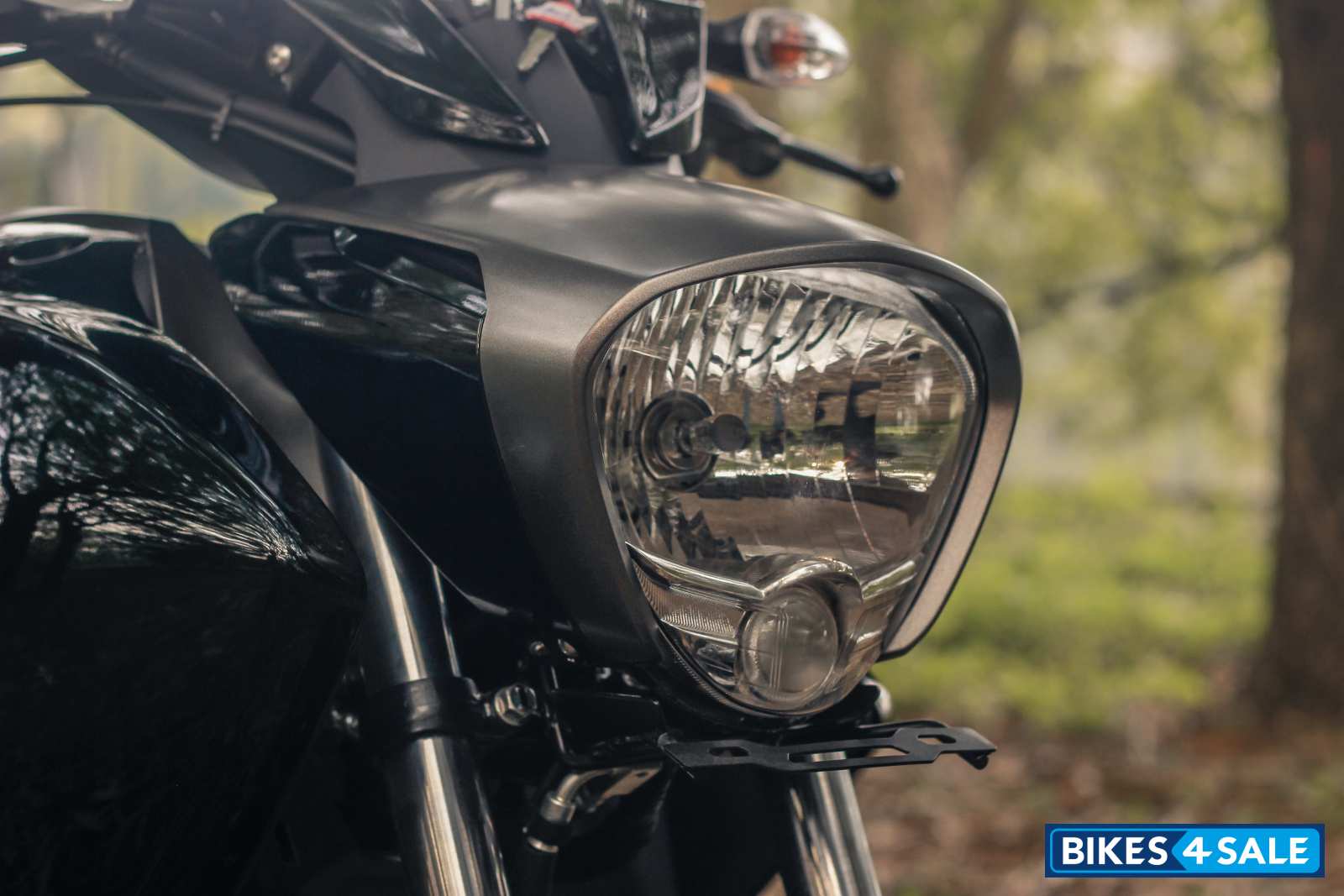 The new baby cruiser shares major cosmetics with the mighty Intruder M1800. The legendary Intruder styled headlamp at the front gives massive road presence to this motorcycle. The projector like LED position lights along with headlamp cowl gives substantial size to the motorcycle. Side panels, rear cowl and tail section have the essence of original Intruder and it does manage to enhance the aesthetics of Intruder 150.

From head to tail, the new Intruder looks fresh and peppy. Its styling is unique and combines the sporty motorcycle attitude on a cruiser bike. However, Intruder features the exact same digital instrument console found in the Gixxer clan. The stylish looking dual exhaust kit looks aggressive and modern. 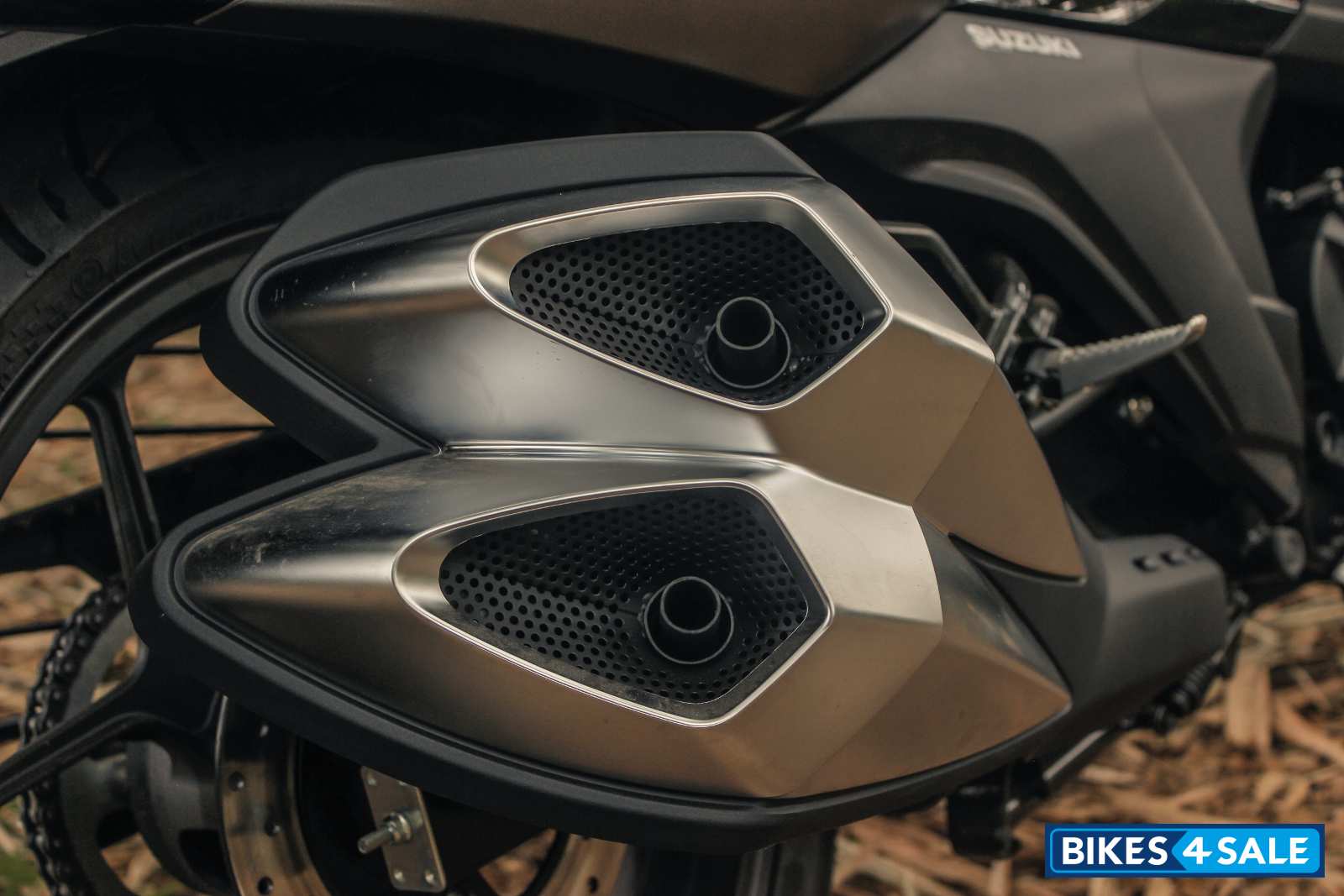 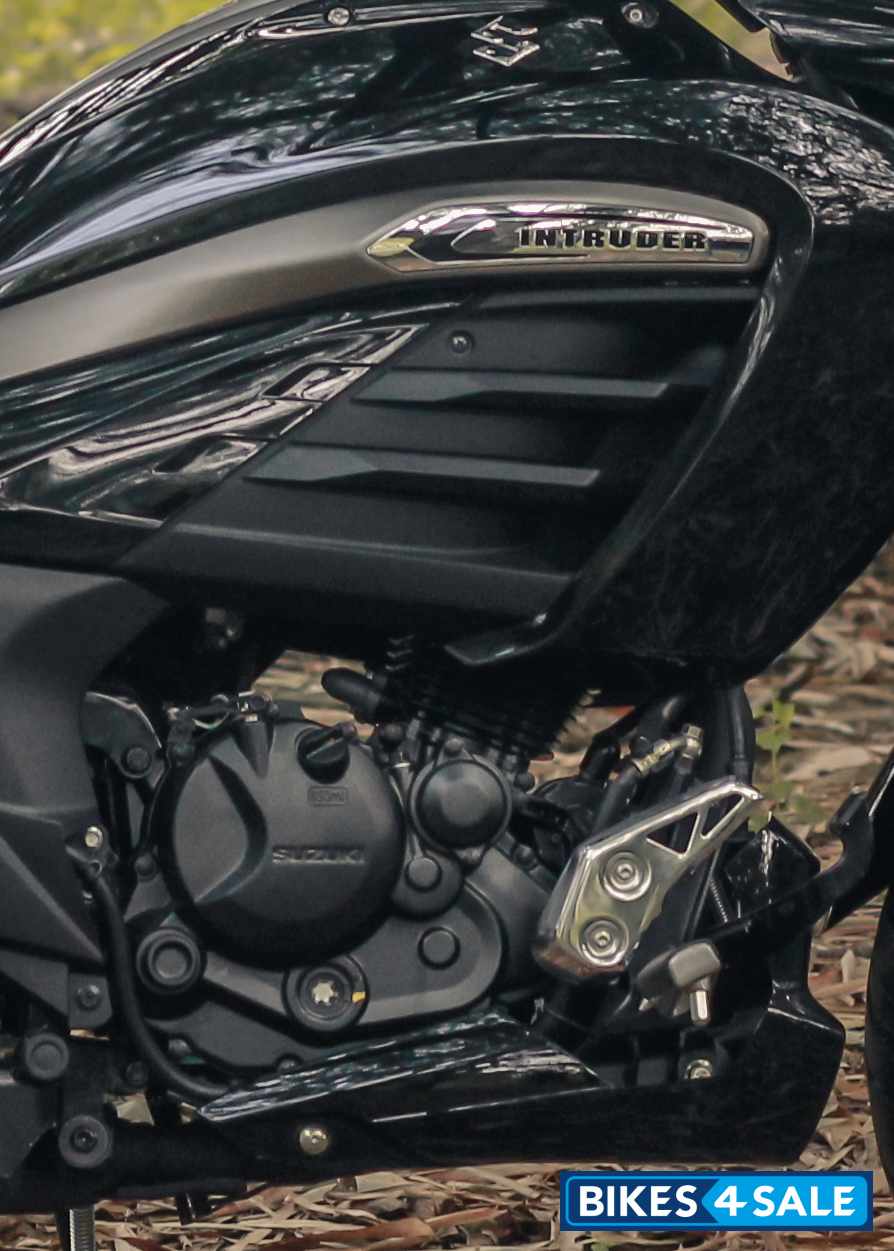 Suzuki Intruder features the same 155cc engine found in the entire Gixxer clan. Moreover, it is one of the most refined and reliable engines that Suzuki has ever produced by combining excellent fuel economy and avid performance. The torque and power figures are identical with the Gixxer bike by having the maximum power of 14.8 Ps @ 8000 rpm and peak torque of 14 Nm @ 6000 rpm. It features the 5-speed gearbox with chain drive to transmit the power to rear wheels. However, the Intruder weighs 8kg heavier than the Gixxer 150 but it still manages to deliver the exact same performance with the help of new dual exhaust system.

The Chassis, Suspension and Braking

Intruder gets a chassis similar to the Suzuki Gixxer. But it is slightly different due to the use of shorter forks and box-section swingarm. The rear monoshock of the Intruder 150 is a new addition with a 7-step adjustable preload. At the front telescopic fork does the suspension duties. Moreover, it gets the same wheels and MRF tyres of Gixxer which is known for exceptional road grips and comfort rides along the bumpy roads. Moving on to the braking set up Intruder 150 features disc brakes at both the ends with single channel ABS at the front making it as the only cruiser motorcycle with ABS function in the country. 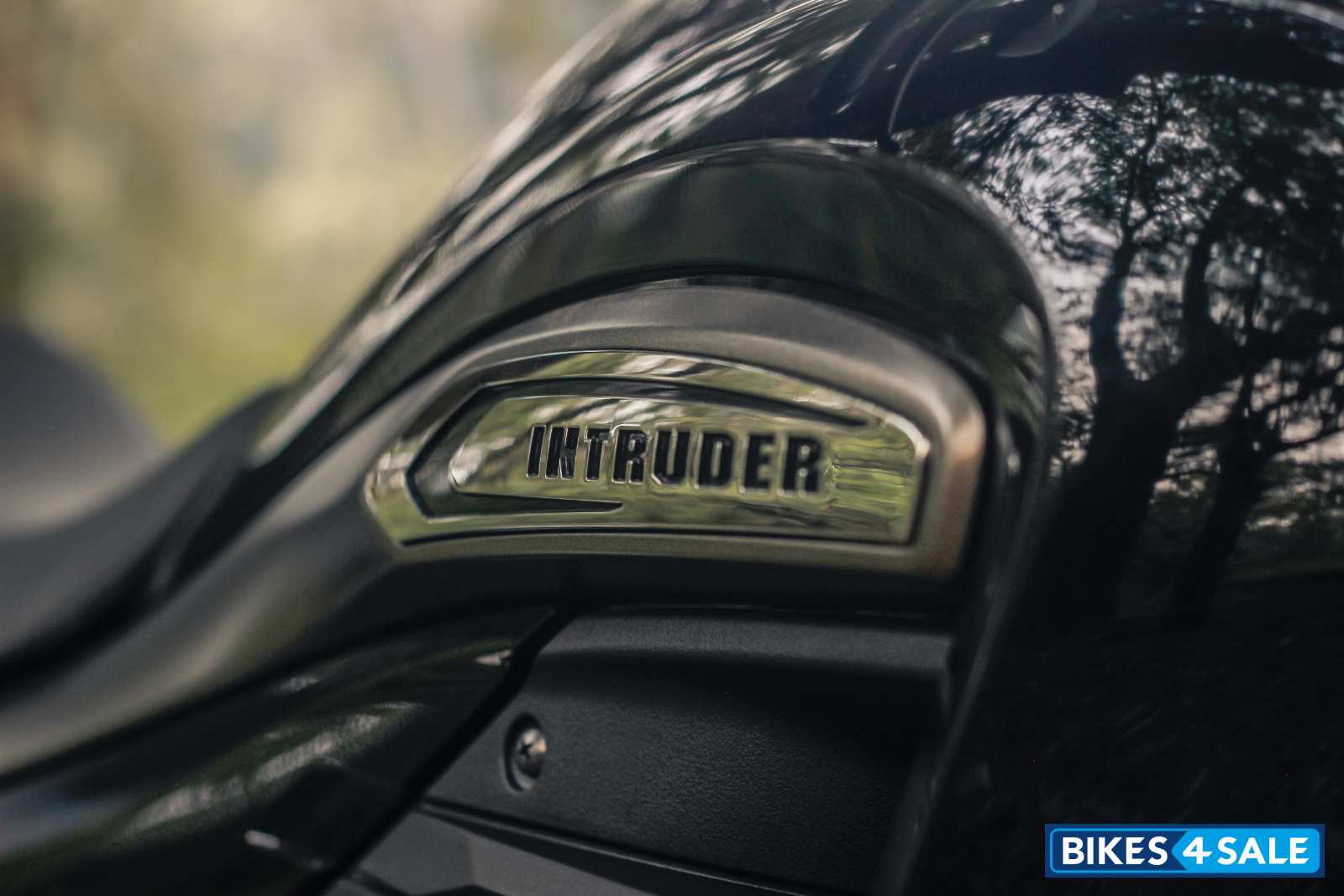 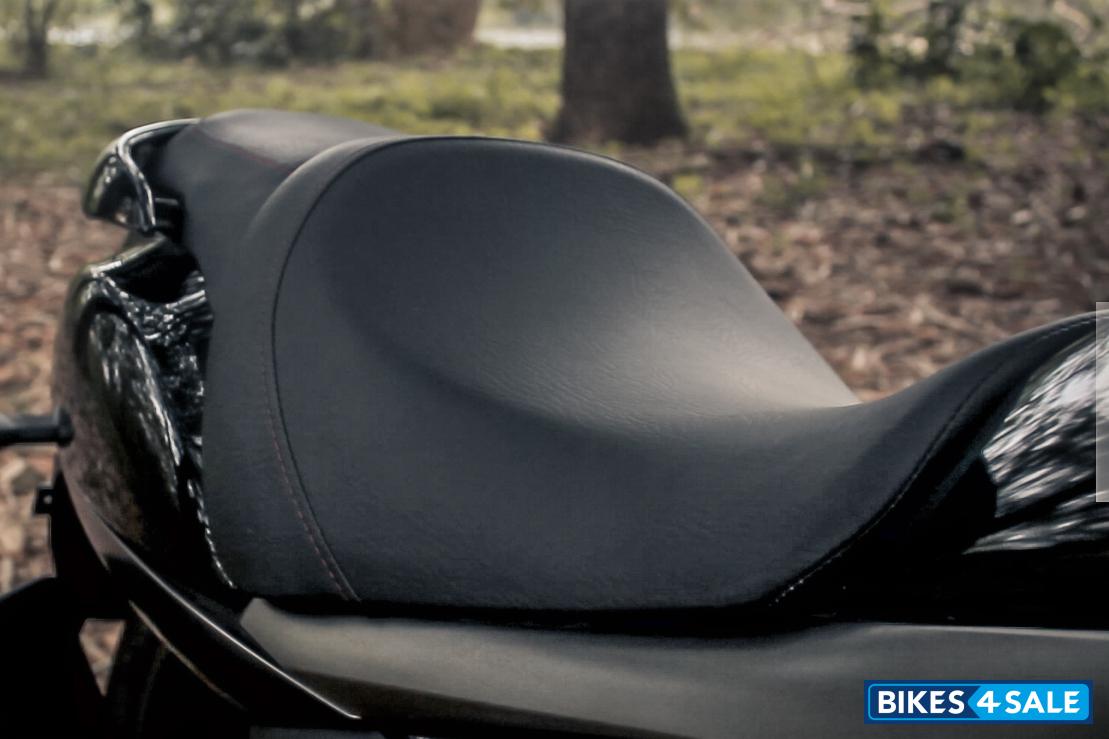 Suzuki has tried their best to pull out something unique and most modern of the day. They tried to scale down the big Intruder into a small yet affordable cruiser. However, styling of the bike is still debatable. According to me, the bike rides beautifully than it looks. It can be a perfect urban commuter for those who are unaware about the cosmetics of the new Intruder 150.

Published by Bikes4Sale in category Reviews
Rate this Review :
3.3/5 (12 votes)