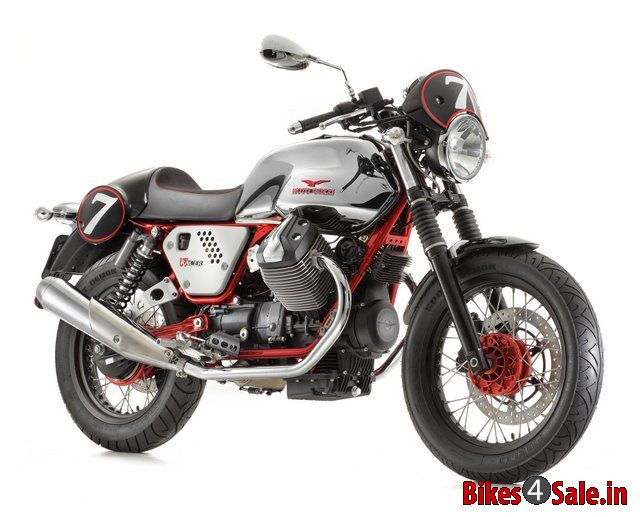 Moto Guzzi introduced the V7 Racer with an intention to pay homage to the racing career of the V7 Sport. The bike is mnufactured with a mixed up classiness and cafe racer touch. New lightweight six split spoke aluminum wheels, a new chrome fuel tank finished with a leather strap, a single-saddle suede seat with an aerodynamic seat cowl and the racer number plate just like in 70s give a punch to the machine. 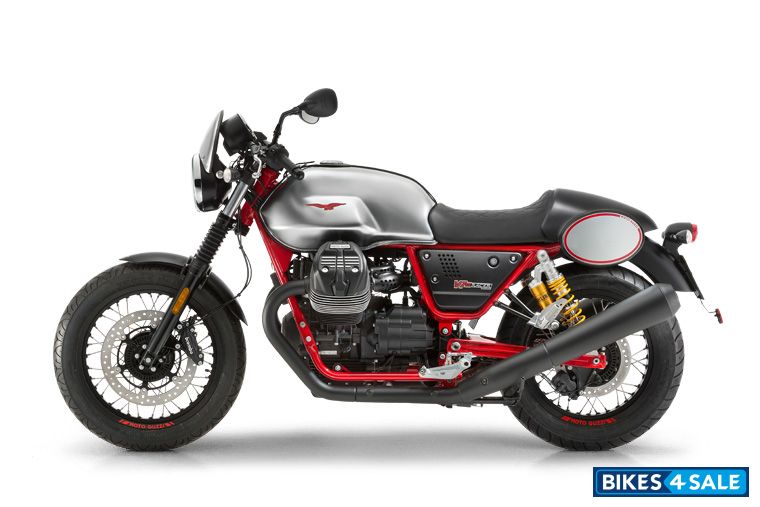 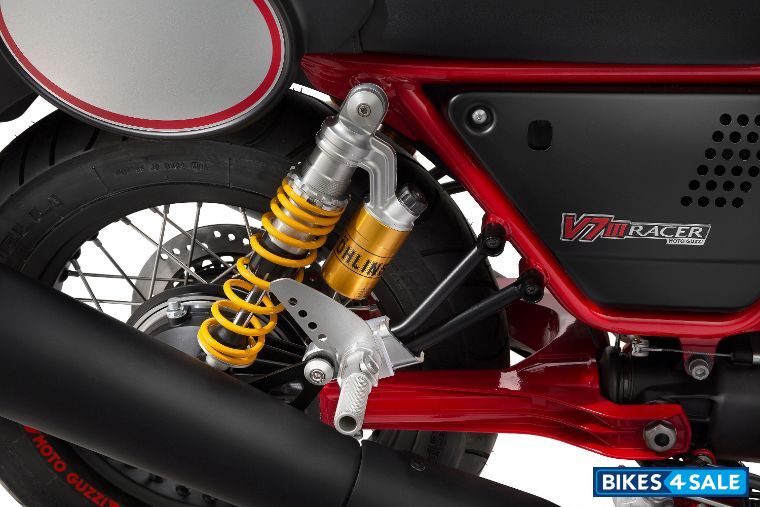 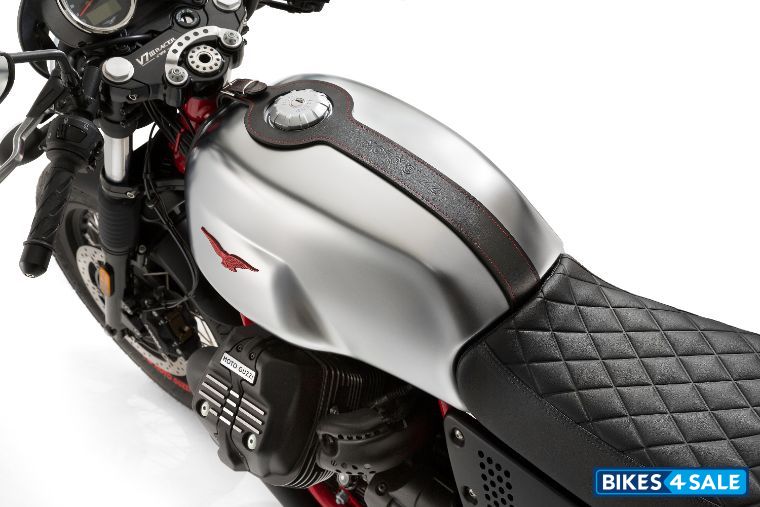 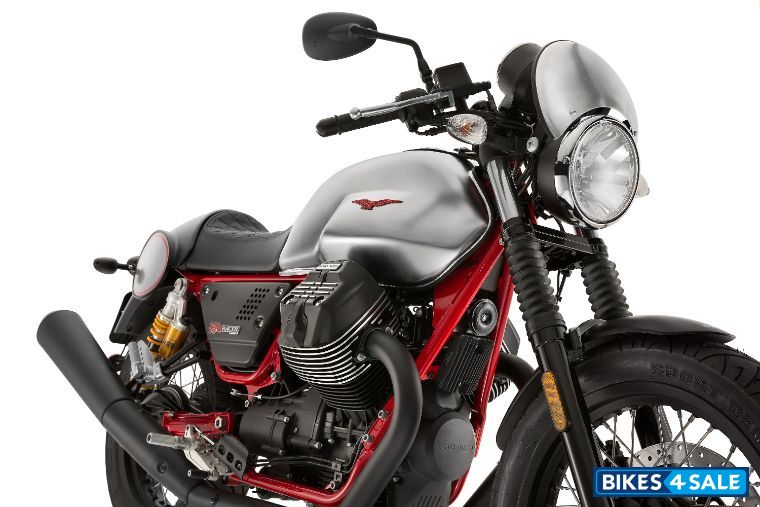 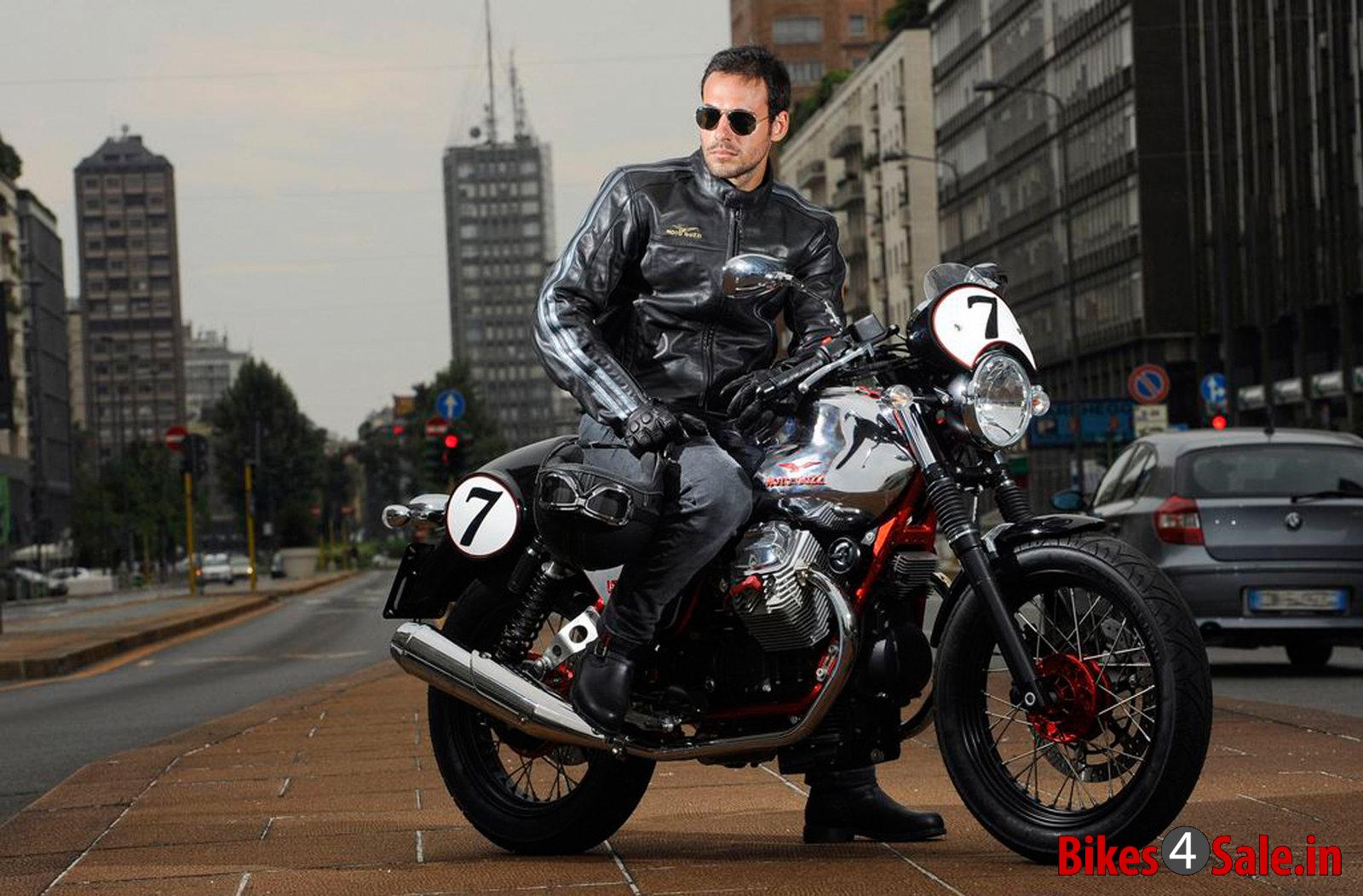 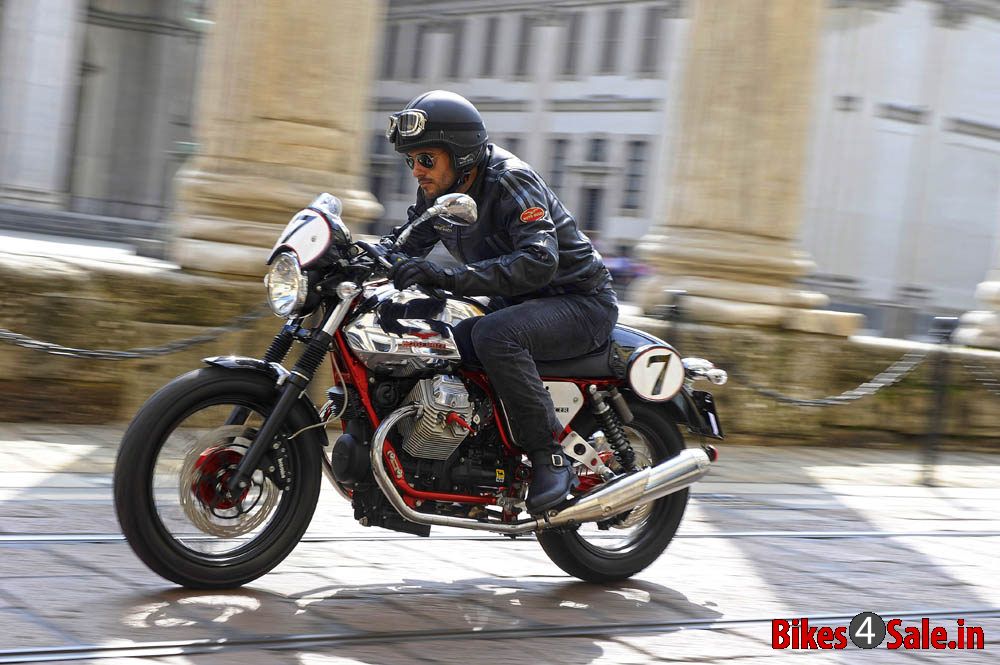 When first introduced in Italy back in 1967, the V7 started to get attention and became a strong pillar of the Moto Guzzi's wide product range. The versatility of the V7 which enables riders of all types has been welcomed by many and became the favourite entry-level bike and the companies best seller in 2009.

V7 III Racer is unlike other bikes and comes produced in a numbered edition and the numbers are indicated by the plate located on the upper steering yoke. The Moto Guzzi V7 III Racer showcase the companies ability to create authentic customs builds directly from the factory.

Moto Guzzi has given a sporty nature to the V7 Racer and this is evident from its semi-handlebars and comfortable and neatly stitched humped seat and overall design and visual aesthetics. The V7 has a two-seat position, but the seat cover can be easily removed to make way for the traditional look.

The V7 Racer comes with a maximum power of 52 hp at 6200 rpm while the maximum torque is 44.2 ft/lbs at 4900 rpm. The engine showcases a truly flat torque curve that comes in line with the character and response of the Moto Guzzi engine.

The V7 III Racer comes with spoked wheels with black channels and the spoke wheels give it a rugged and solid look. The V7 III Racer comes with Öhlins shock absorbers at the front and rear to enhance the performance. The V7 Racer is one of the authentic motorcycles ever produced and it has a legacy and heritage that aligns with what Moto Guzzi has achieved over the years.