Specs and price of all two-wheelers from Bajaj

Bajaj Motorcycles is the subsidiary of the Bajaj Group, established by Mr. Jamnalal Bajaj in the year 1945. This Indian company is the manufacturers of motorcycles, scooters and auto rickshaws. It is headquartered at Pune in Maharashtra, which has their manufacturing facilities at Chakan, Aurangabad and Pantnanagar. They are the World's largest three-wheeler manufacturer and placed sixth largest in motorcycle manufacturing. Bajaj is well known in the sub-continent with its famous slogan, 'Hamara Bajaj.'

At the early stages, they were best known for their classic scooters like Chetak and Cub. From the year 1984, Bajaj had made some technical assistance agreement with the Kawasaki of Japan. Their 33-year long alliance was broken in April 2017. In 2007 Bajaj Auto had acquired 14.5% shares of Austrian bike manufacturer KTM Power Sports AG, after six years they held 47.96% stakes of the KTM. Bajaj controls the sales and distribution of KTM bikes in India and South East Asian countries. Moreover, Bajaj launched a performance bike Dominar 400, featuring the KTM Duke 390 engine. The company has also signed for developing liquid-cooled 125 and 250cc engines in the future. Some of their iconic models are Pulsar Series, Avenger, CT 100 and Discover Series.

Bajaj Auto Limited, a flagship subsidiary unit of Bajaj Group, is a Pune based Indian motorcycle, three wheeler and car manufacturing company. It is the second largest and the third largest motorcycle manufacturing company in India and the world respectively. The history of Bajaj Group starts in 1930 when it was founded. But time dragged the Bajaj Group to 1945 and there they showed the way for automobile sector. The company commenced selling imported two- and three-wheelers in India as M/s Bachraj Trading Corporation Private Limited. Later in 1959, Bajaj became the India government licensee to manufacture two wheelers and three wheelers for industry purpose. In 1960, the company engaged in a dealership with Italian classic scooter brand, Vespa. In the same year, Vespa 150 was introduced to the Indian customers. Unfortunately, Vespa couldn't survive much in the India soil. In 971, Bajaj released a three-wheeler goods carrier.

The real revolution was yet to be experienced by the world. The machine that changed the whole rhythm of Indian journey was launched in 1972. It was none other than the Chetak. The scooter was based on Italian Vespa Sprint. And the commercial advertisement ringed 'Hamara Bajaj' was a blockbuster hit in those days. Followed by Super in 1976, Priya in 1977, a rear engine autorickshaw in 1977 and M 80 in 1981 were launched. Meanwhile, Bajaj signed a partnership with Japanese automobile giant, Kawasaki. They together launched several hit motorcycles. KB 100 and KB 125 in 1986, 4S Champion in 1991, Boxer in 1997, Caliber in 1998 and Wind 125 in 2003 were the two wheelers born in that tie up.

A good tie up with Kawasaki resulted in the launch of Kawasaki's world class sport bike, Ninja 250R in 2009 and Ninja 650R in 2011. KTM has a good number of occupancies in the legacy of Bajaj Auto. Baja bought 14.5% stake of KTM Power Sports AG in November, 2007. Then both companies signed in an agreement which asks KTM to share about the water-cooled four-stroke 125 and 250 cc engines and Bajaj to take over the distribution of KTM motorcycles in India and some other Asian countries where Bajaj has a good number of stores. Later Bajaj increased the stake to 25% and by 47% in April 2012. These all resulted the launch of 200 Duke in India in 2012.

Bajaj also deals a minor car production sector in association with Renault and Nissan Motors. In 2010, Bajaj Auto signed a contract with Renault and Nissan in order to mold up a US$ 2,500 car, which certifies 30 kmpl. In January 2012, Bajaj launched its much awaited car, Bajaj RE60. It is powered by an all new 200 cc rear mounted petrol engine with a top speed of 70 kmph and a mileage of 35 kmpl. The RE60 is expected to be in sales by the end of fiscal year 2013. 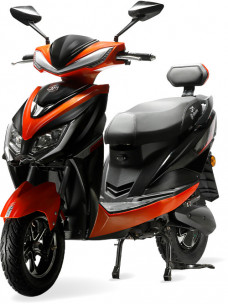 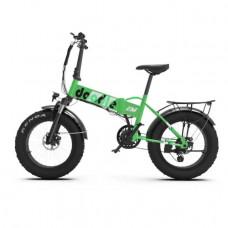 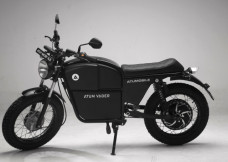 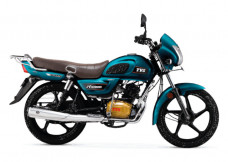