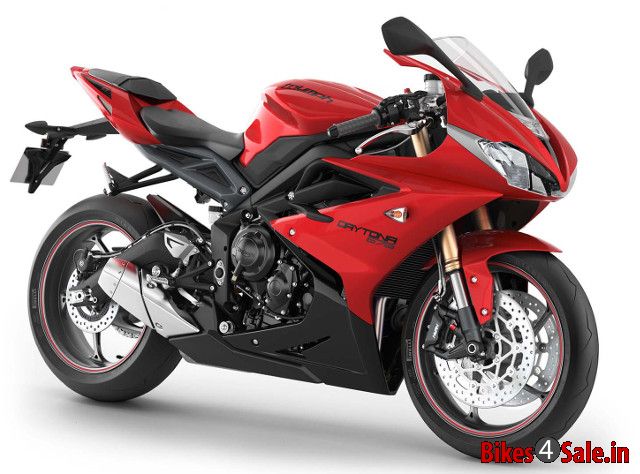 When the power is sealed here, what are you waiting for then? Coupled with an all new triple motor, 675cc, Liquid-cooled, 12 valve, DOHC, in-line 3-cylinder engine, the machine delivers a harmonious power of 126 bhp @ 12500 rpm and a glorious torque of 74 Nm @ 11900 rpm. The new heart of the bike had forced the designers to mould out a mew chassis for the bi-wheeler. And the newly re-designed frame makes the bike smaller, lighter and narrower than before.

Triumph has stopped the production of its motorcycle Daytona 675 and hence the given price is not relevant. If you want to check the price of second hand Daytona 675, try our Bike Valuation Tool. 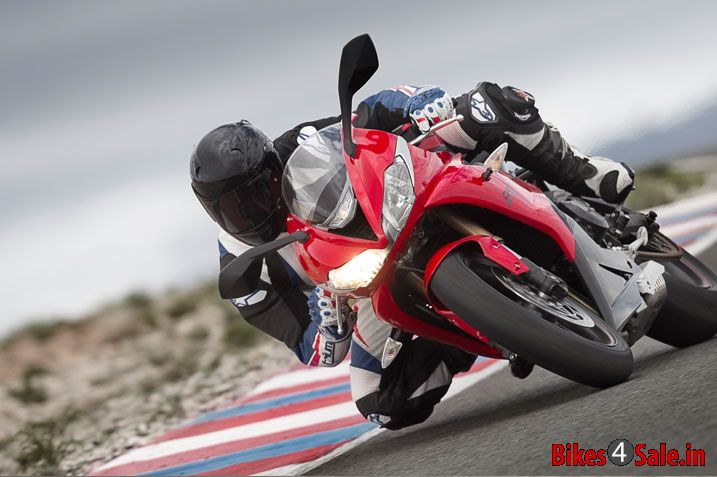 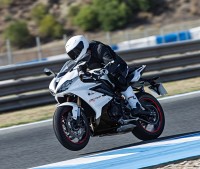 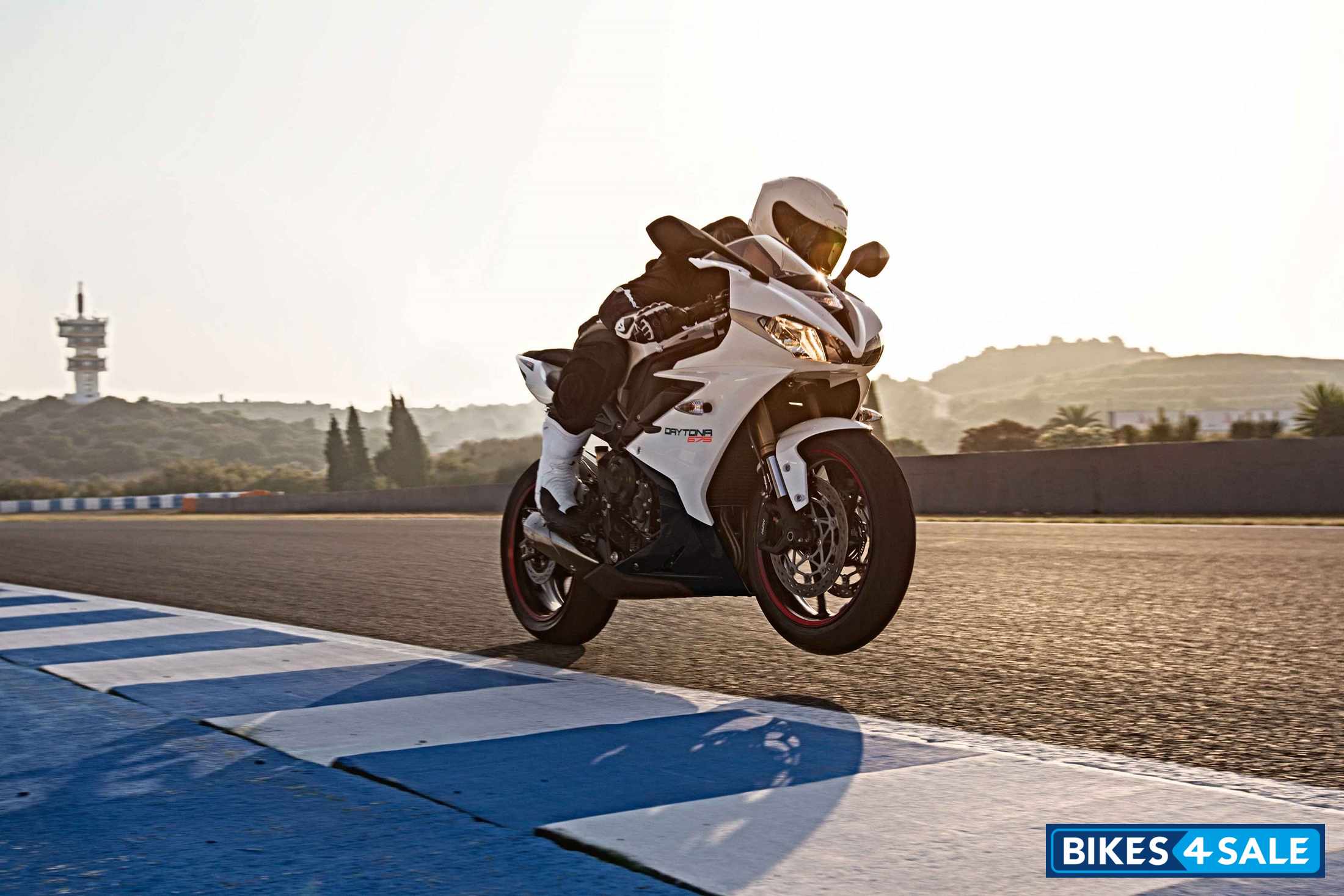 Other than retro classics, cruisers and adventure motorcycles, what the Triumph Motorcycles are also best known for is its ultimate sports bike; Dayton. The Daytona 675 has always been a special interest for track riders as well as motorcycle enthusiasts alike, especially owing to the heritage and legacy hold by the Triumph motorcycle for generations in the automobile world. 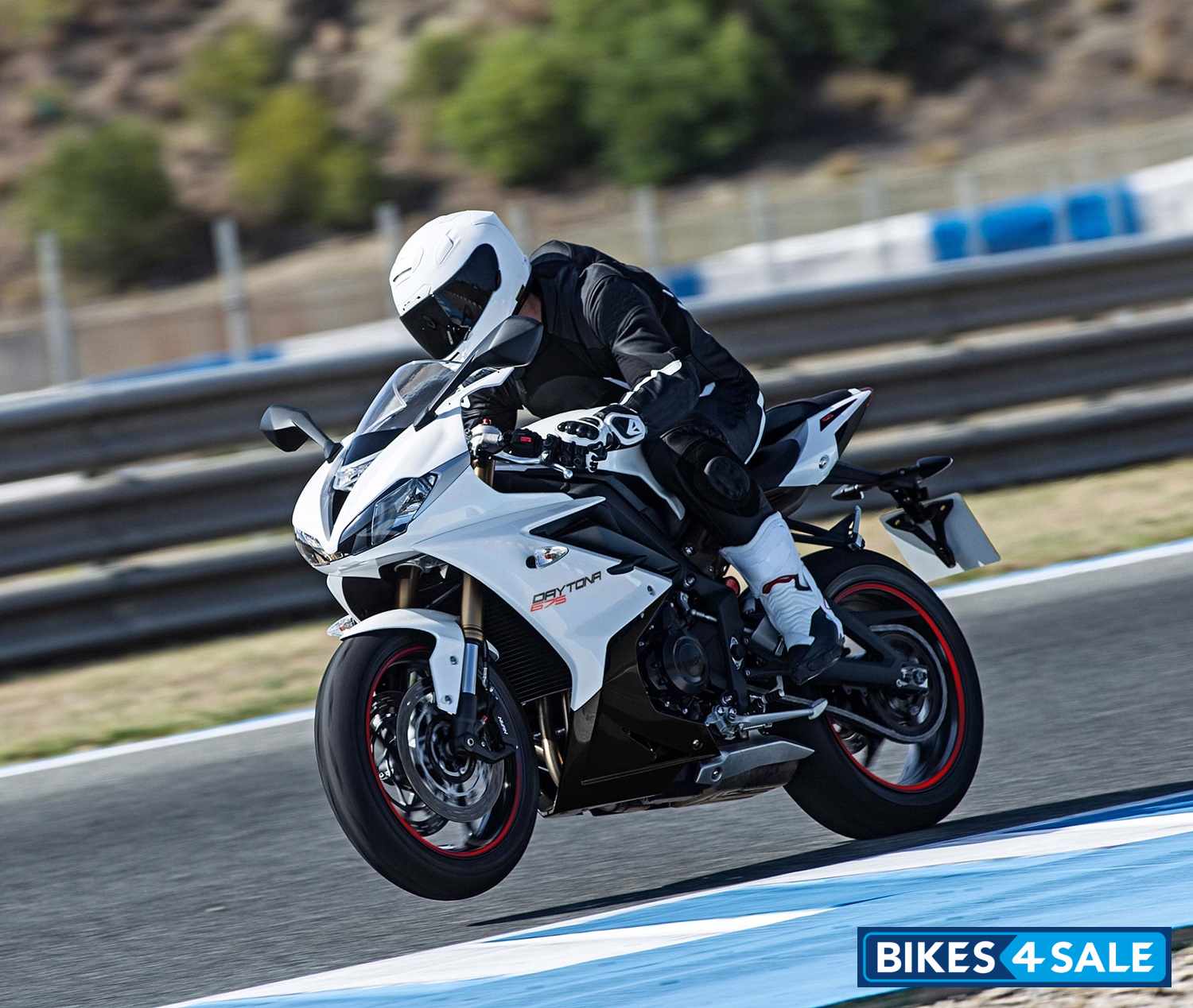 The Daytona sports a very beautiful sports bike look styling, yet the Daytona could be spotted on from a distance mainly due to the unique design appearance is given by Triumph Motorcycles to makes it stand out from the noise. The Daytona comes with dual headlamps and a racing-inspired front faring that matches with the overall sports stance. Triumph managed to make the Daytona beautiful and very much powerful at the same time. This 675cc sports bike is one of the most powerful middleweight bikes ever made in the world that meets artistic perfection, heritage and power. 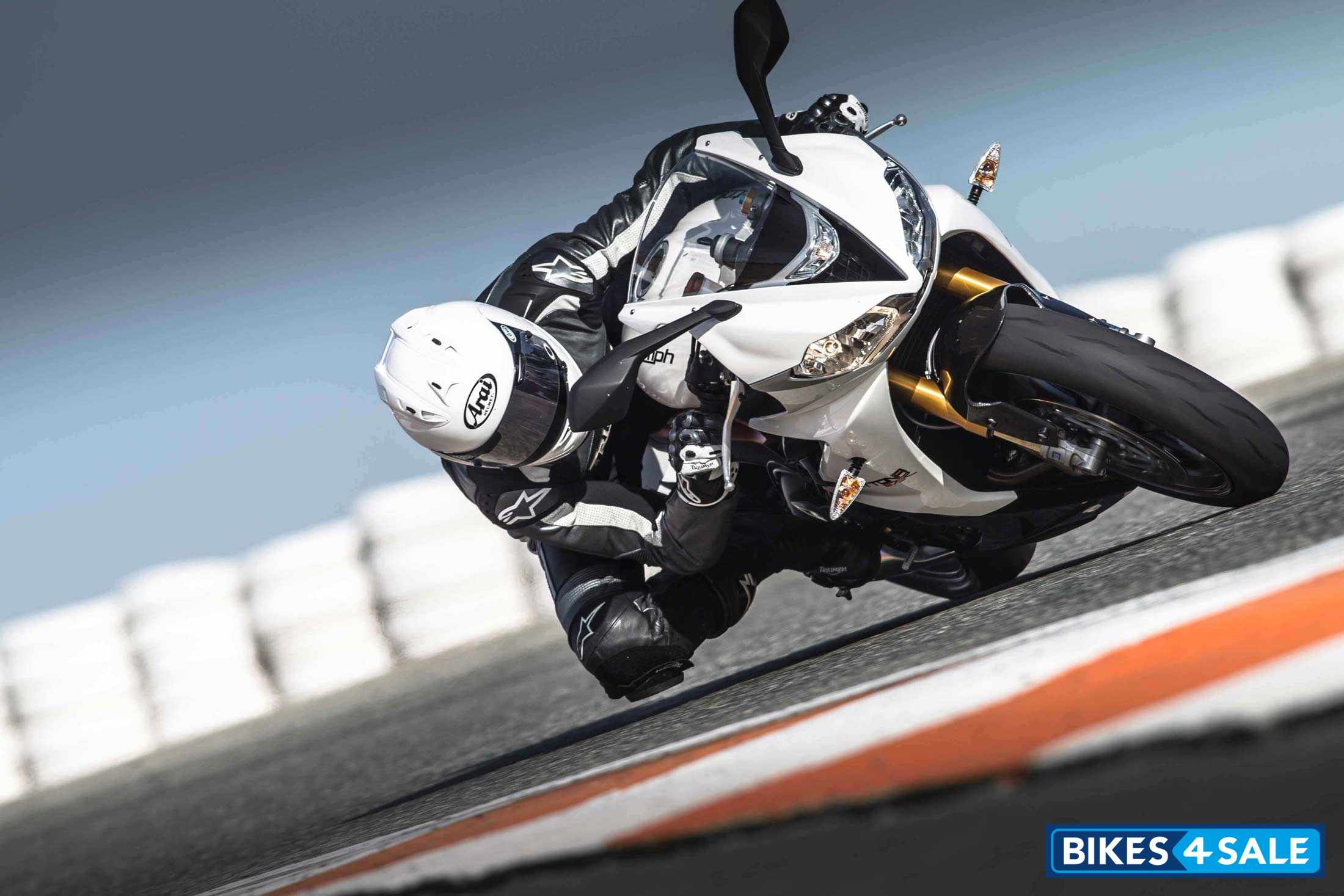 The engine uses multipoint sequential electronic fuel injection with twin injectors with forced air induction and SAI along with a Stainless steel 3 into 1 exhaust system with under engine silencer incorporating a valve. To make the Daytona 675 more stable and controllable while on the road Triumph has provided Slip-Assist Clutch. This sports bike is made around very good mass centralisation that enables the rider to engage with the bike in a very comfortable way. 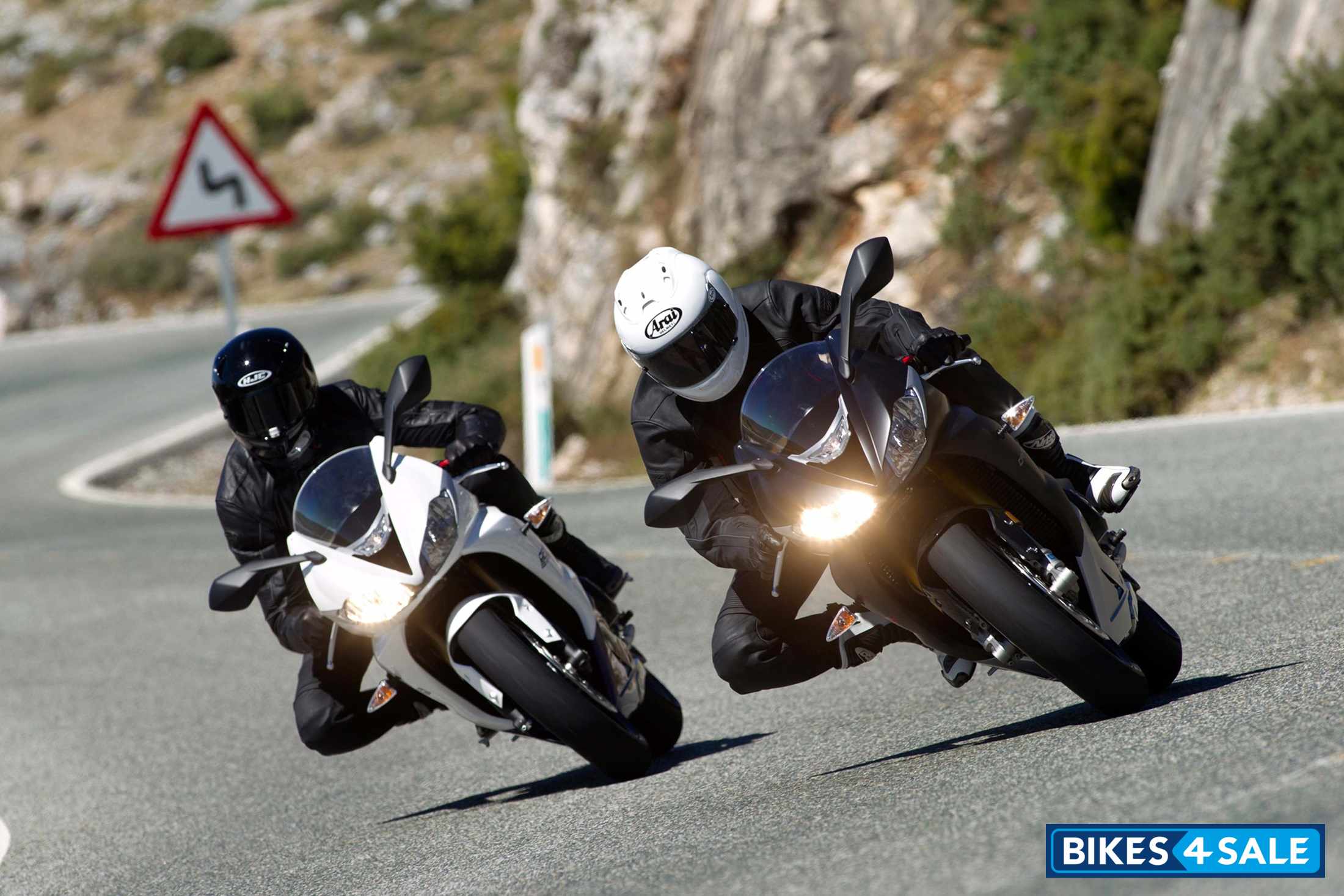 The Daytona 675 uses an Aluminium beam twin spar at the front and 2 pieces high pressure die cast frame at the rear. The suspension set up of the Daytona 675 is done with KYB 41 mm upside down forks with adjustable preload, rebound and high/low-speed compression damping, 110 mm travel at the front and a KYB monoshock with piggy back reservoir adjustable for rebound and high/low-speed compression damping, 129 mm rear wheel travel at the rear.

The suspension setup of this bike is tuned to have maximum agility and control while on road, this enables the rider to throttle the bike to maximum rpm and thereby derive maximum horsepower and torque from the engine. 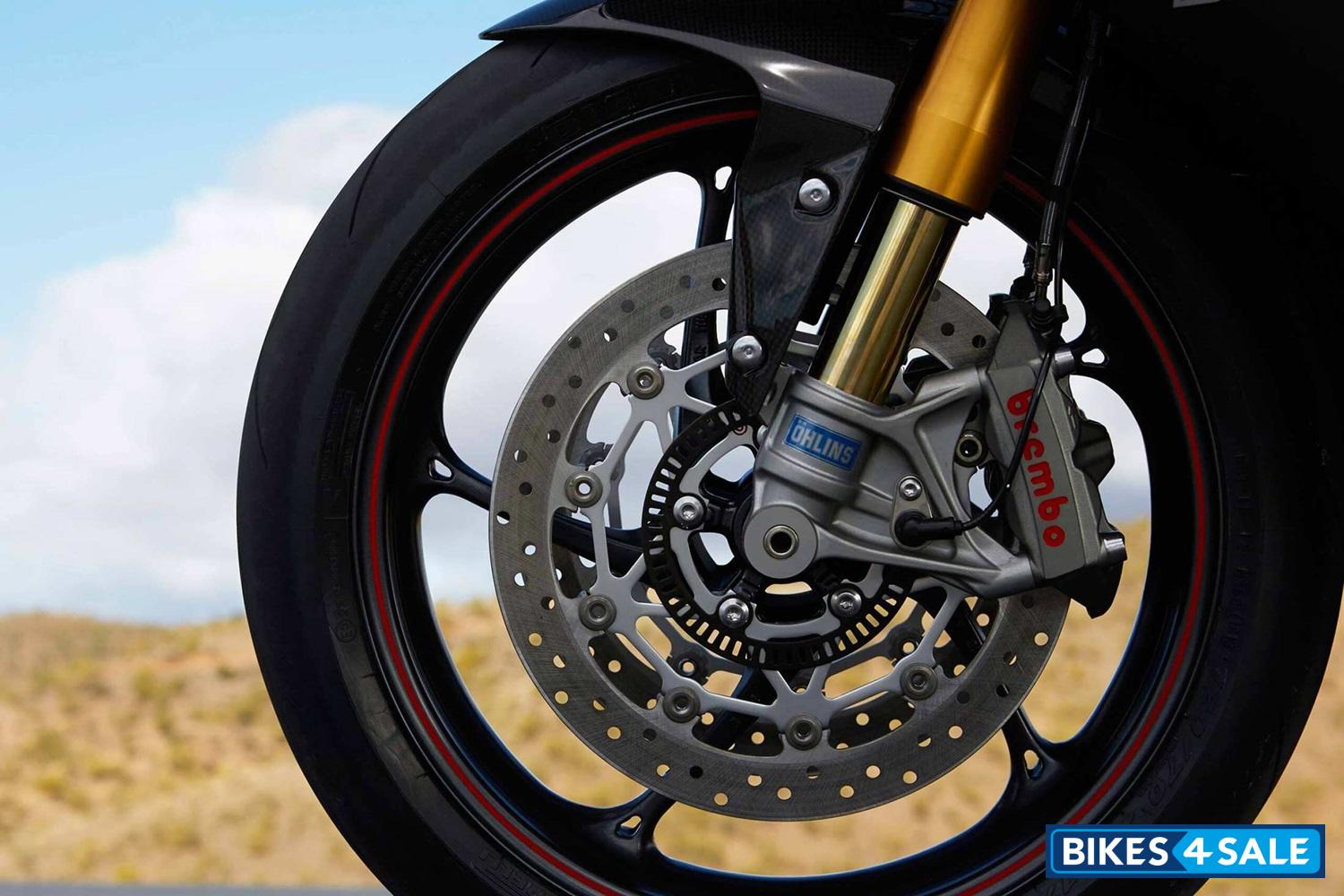 The braking system of the Daytona 675 is controlled with a Twin 310 mm floating discs, Nissin 4-piston radial mono-block callipers with switchable ABS at the front and a Single 220 mm disc, Brembo single piston calliper with switchable ABS at the rear. The braking system of the Daytona is made to be very effective to control the raw power and force provided by the engine to the bike. The Daytona uses cast aluminium alloy 5-spoke wheels and comes with 120/70 ZR17 tyres at the front and 180/55 ZR17 tyres at the rear. 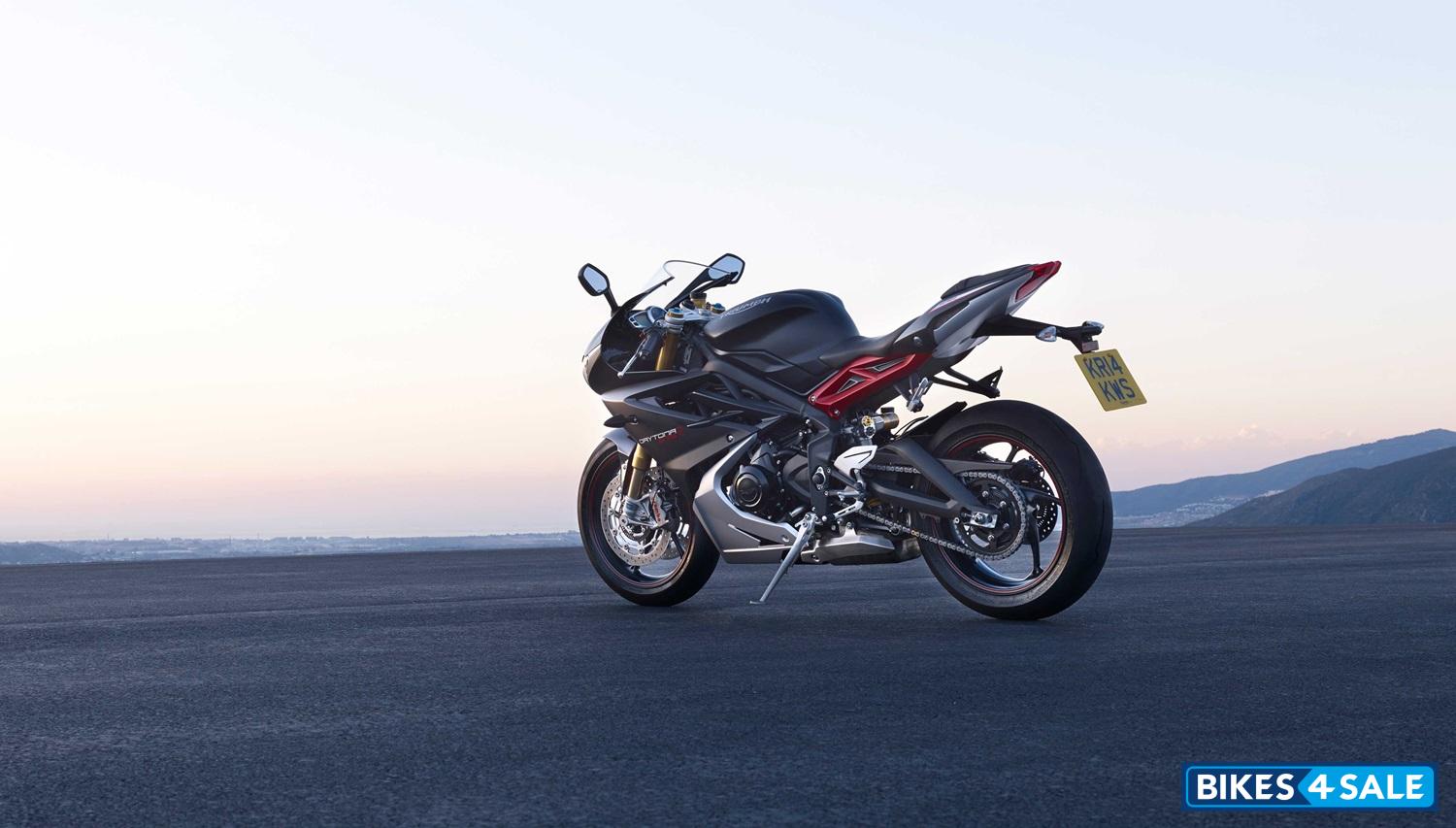 Triumph managed to make this sports bike very light in weight, and the Daytona 675 comes at a very light weight of 167 Kg. The power to weight ratio of the Daytona gives the rider unimaginable riding dynamics and throttle control along with a powerful exhaust which is tuned to derive maximum power and torque, while also leaving the signature exhaust note of Triumph's massive triple cylinder engine.

With the smooth and power rich 3-cylinder 675cc engine along with a very attractive sporty look and style, the Daytona 675 is a must a try middleweight sports bike one must get his hands onto. The Daytona 675 is a real deal not to miss for motorcycle enthusiasts and riders alike. The supreme making, proud heritage and the legacy of the Triumph motorcycle are clearly inherited by the Daytona 675 and its virality and responsiveness to throttle and control ensure that this middleweight sports bike is one marvellous piece of brilliant British engineering and making that will stands the test of time.
Test drive reports, reviews and news