Specs and price of all two-wheelers from Triumph

Triumph Motorcycles are one of the oldest two-wheeler manufacturing company founded by John Bloor in 1984. Before getting bankrupted, they produced motorcycles under the banner of Triumph Engineering. Triumph had a rooted history of making bikes from the days of 1902. They were famous for iconic twin-cylinder engines. The company is headquartered at Hinckley, Leicestershire of England.

This English motorcycle brand is best known for some classic motorcycles such as Bonneville, Thunderbird, Thruxton and Scrambler. Their product line-up includes roadsters, cruisers, adventure, touring, modern classics and super sports bikes. The Tiger Explorer range of bike is considered to be the best among adventure bikes of the world. Triumph Motorcycles started their Indian venture from the year 2011 onwards.

Triumph Motorcycles Ltd. Is the oldest and the youngest of the lot in the motorcycle industry. The first bikes from Triumph were produced way back in 1902, while Triumph as a company, in its current avatar, came about only in 1990.

As mentioned previously, the company brought out its first bike, which was basically a bicycle fitted with a Belgian-built engine. The very next year, with its sales jumping up to a good 500, the company opened up a branch under the name Orial TWN in Germany to meet up with the demands for motorcycles. In its intial years, the company had to adopt the base designs of other companies to get a good kick-start in the two-wheeler segment. However, by 1904, it began inculcating its own designs in its models and launched its first self-designed bike. The bike was an instant hit and sold 250 pieces of the same model that year, which was quite a good number for an entry-level company in the segment.

By 1906, Triumph had rebranded itself as Triumph Engineering Co. Ltd. In 1907, the company shifted over to a larger manufacturing plant, and soon its production went upto as high as 1000. By then, Triumph had also launched a lower-end brand called Gloria, which was produced in the same plant.

Over the years, despite the outbreak of the World War I, the company's sales boosted up over the years, with more than 30,000 bikes being supplied to the Allied forces during the war. In 1923, the company manufactured and launched its first motor car, named as the 10/20. The company had also witnessed a massive growth which led it to expanding its manufacturing facility to an area capable of producing around 30,000 bikes per year. But the company tasted its real success in the industry in 1928, with the launch of the Super seven car.

After the Great Depression in 1929, Triumph started falling low on its finances and had to sell off parts of the company, especially its bicycle manufacturing unit. Soon, the company once again rebranded itself to be known as Triumph Co. Ltd, and the company's two categories became separate, when the finances once again dipped and the company was acquired by Standard Motor Company.

After the world War II, the company once again began rolling out new designs and launched a new model called the Bonneville, which was one of the greatest motorbikes that the company had ever manufactured. After that, the company still had a series of ups and downs in its historyuntil the firm was reborn in the 1990s. That year, saw the company relaunching an updated version of its Thunderbird, and also a new bike name Daytona.

In 2002, when the company was almost getting ready to celebrate its 100th year of manufacturing bikes, a fire broke out in the facility, destroying most of its machinery. Triumph acted quite fast enough to rebuild the unit and resumed production by September that year itself.

Triumph still continues to be one of those motorcycle legends which focused on manufacturing high-quality bikes with the best technology used for manufacturing each unit. The company has been expanding its reach all over the globe since then, and reflects a very promising future in the segment. 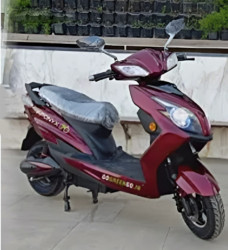