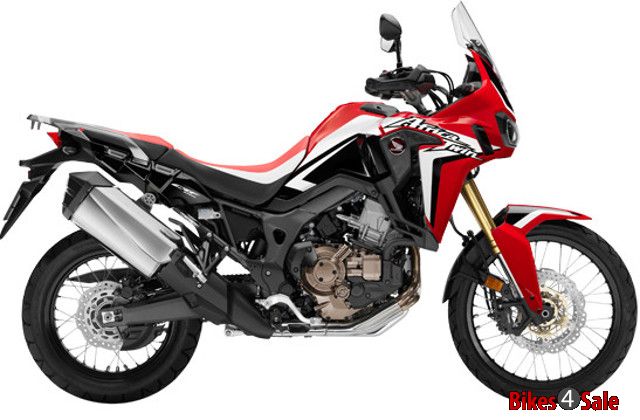 The CRF1000L Africa Twin is the motorcycle that leads the adventure segment of Honda Motorcycles. This all purpose motorcycle weighs over 230kg and stands to 34.3 inches of height. It is constructed on the steel semi-double cradle type frame with high-tensile strength steel rear sub frame. The height of the seat can be therefore adjusted according to the terrain they are riding on or according to the height of the rider. Being an adventure bike it offers long travel suspension when compared to other motorcycles. The huge 45mm front fork provides 9-inches of travel while rear suspension is fully adjustable offering 8.7 inches of travel and a convenient remote preload adjustment. Honda has used tapered aluminium steel bar in order to reduce the weight. Narrow riding position and rally windscreen are other important feature of this bike. 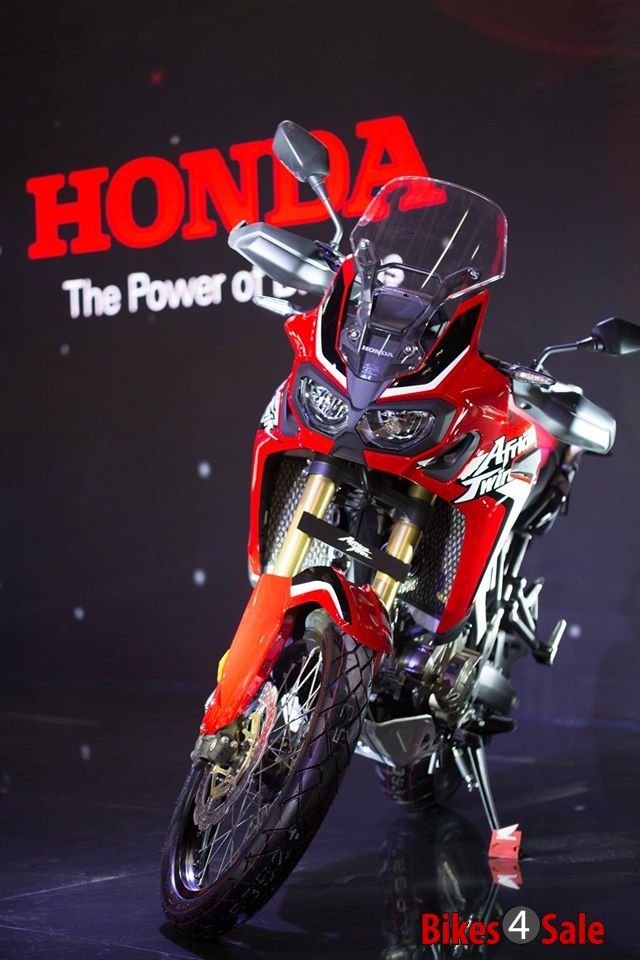 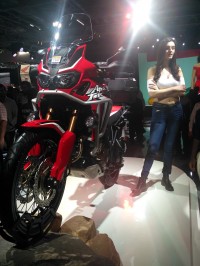 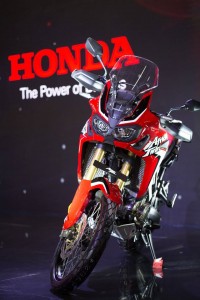 Honda has its history to tell about its adventure motorcycle; Africa Twin. The prodigious sagas of Africa twin start from the Dakar Rally itself, back in 1986, where the legendary NXR650 made its debut at the Dakar Rally and conquered the rally consecutively in ‘87, ‘88, and ’89, and then the history of winning went into the original XRV650 Africa Twin which later became the now legendary XRV750 Africa Twin. Now after four years of constant development, Honda has managed to have the same roots into the CRF1000L Africa Twin. 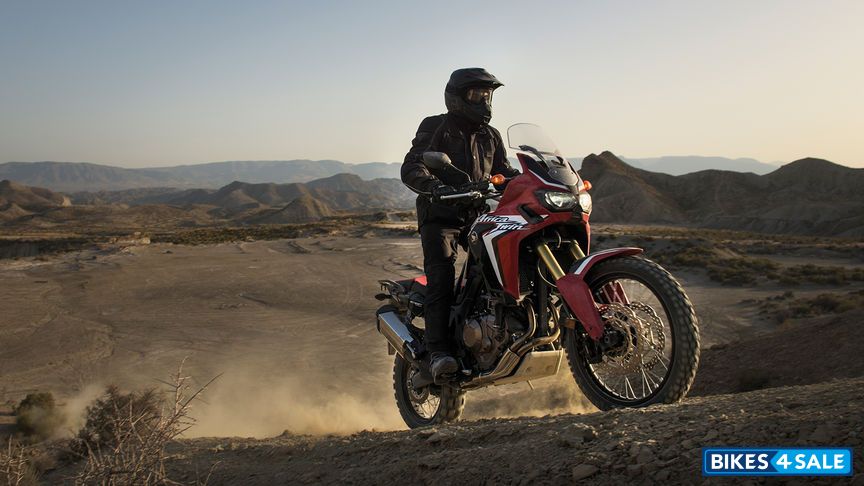 The Africa Twin is a very comfortable tourer as well as a practical commuter. It is one among the practicable motorcycle one can take around to have all sorts of adventure. The real fun of riding the Africa Twin starts from where the road ends, mainly due to its adventure bike aesthetics and off-road bike like making, the Africa Twin is simply the best of two worlds of motorcycle riding. 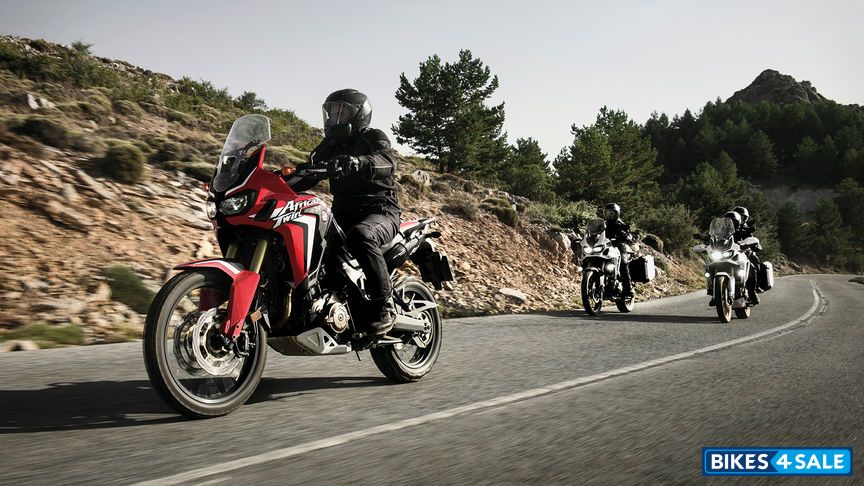 A very strong and rigid steel semi-double cradle type frame with high-tensile strength steel rear subframe is used to make the Africa Twin. Honda has managed to the riders an option to adjust the seat height. The suspension duties of the African Twin are performed with huge 45mm front fork provides 9-inches of travel while the rear suspension is fully adjustable offering 8.7 inches of travel. The suspension duties of the bike are done with utmost precision and this makes the African Twin ridable on all terrains with full confidence. 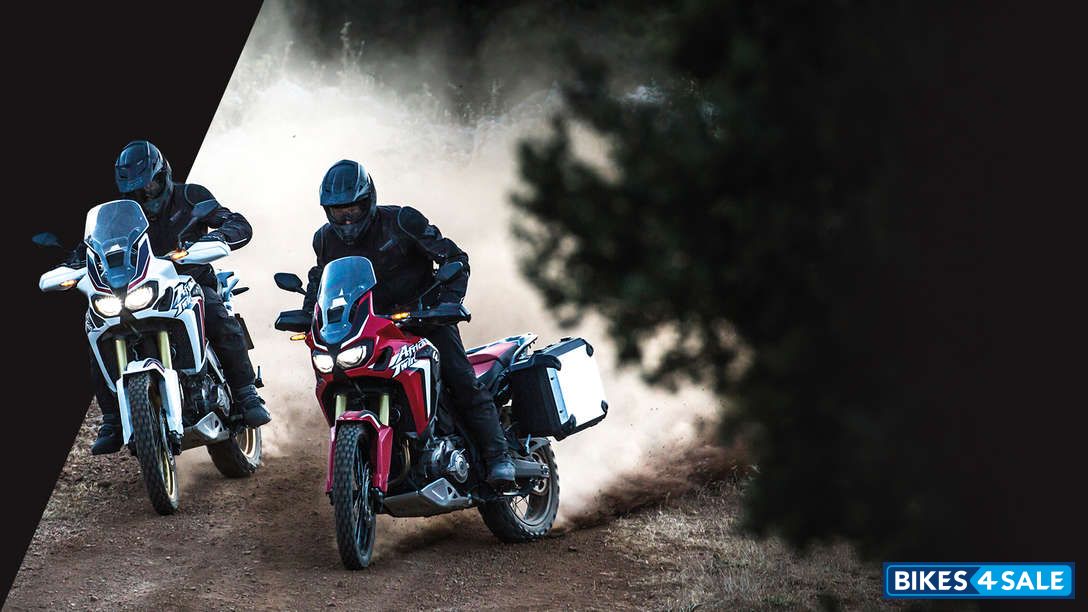 This adventure motorcycle is powered by 998cc, liquid-cooled, 4-stroke Unicam, 8-Valve, parallel twin engine with 270-degree of a crank. The engine is mated to a 6-speed gearbox. To protect the engine, it comes housed in a compact, lightweight steel frame that offers outstanding off-road performance, as well as agility for everyday use. Honda also used 2-channel ABS system for the Africa Twin with rear ABS on and off switch for safe riding. The overall weight of the African Twin stands at 230kg.
Test drive reports, reviews and news
User Reviews of CRF1000L Africa Twin. Write Your Review
Is this bike better than Ducati Desert Scrambler?
By Karthik Shukla on 24-07-2017
Happy to hear that Honda has launched Africa Twin in India. Road Presence of this adventure bike is spectacular.
By Hari Dev Patel on 19-07-2017