Anticipated to know how it will look like? Wanna know about its power? What price will the bike tag?

Rumours have been bubbling motorcycle blogs for months and even years on the much anticipated and rumoured machine, the Apache 250, from the Chennai based two-wheeler manufacturer, TVS. Adding oil to the fire,a modified Apache RTR 160 has been snapped in Indonesia. This has put the heart beats of millions of Apache fans around the world. Excitement has got hyped to an abnormal level for hardcore fanatics.

The customized Apache RTR 160 that caught photographed is just the same machine rolls in the country, but it is equipped with some extraordinary fairings. And this makes the bike a total different stuff. The bike is equipped with a fully-faired panel. It is fun to say that the bike's front portion now looks like a mixture of Bajaj Pulsar 220 and Kawasaki Ninja 250R. The exhaust is not the same here. It old fully backed silencer has been replaced by a new sparkling chromed silencer. However, this cuts down the sportiness. The exhaust could have been a fully blacked one. Moreover, a split seat also accompanies the alteration tabulation. Well, this gives in a sporty touch. 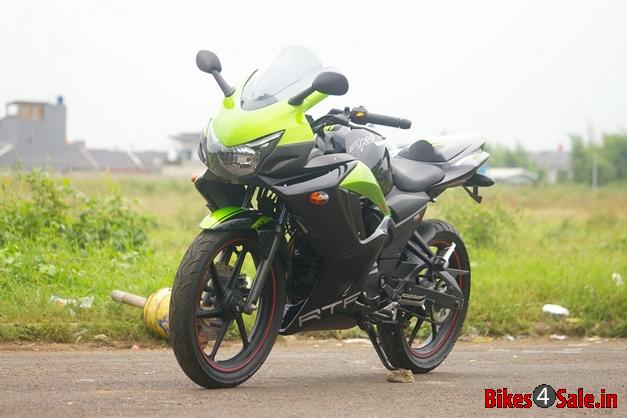 Nevertheless, the all new added panel looks unproportional for the machine. Because, the Apache is smaller bike in appearance. It does have small tyres too. So the engineers behind the new dressings of the Apache RTR 160 has given a bigger costume to the bike. If the all new kit were a bit smaller, that would have been excellent for the bike. Still, it's not an official delivery. It is only unofficial and TVS hasn't given away even a small hint on updation of the Apache 160 with full fairings. 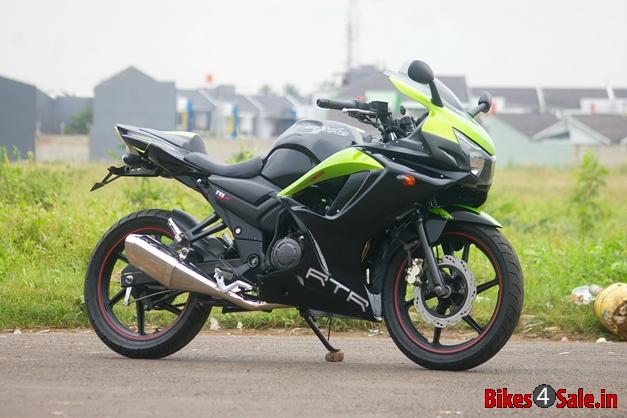 But, being an Apache fan or motorcycle enthusiast, one can certainly smell something here. Yup, it's for sure that the Apache 250 won't be a naked machine just like the rest Apache motorbikes. The Apache 250 will be either a semi-faired or a fully-faired sports bike. 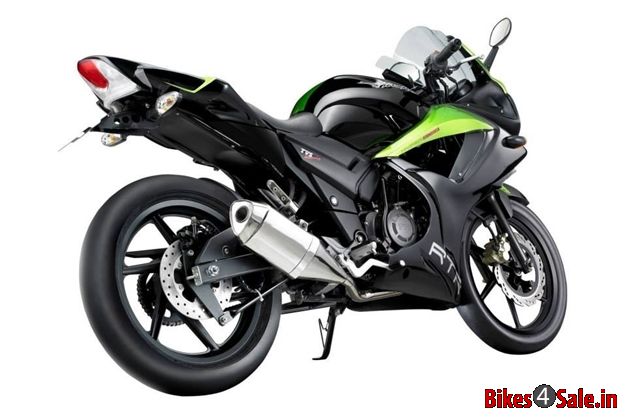 Earlier, we had reported that the joint venture, TVS-BMW would start up with a 250cc motorcycle in India. So it might be the Apache 250. The 250cc engine bike will be manufactured in two variants, one for global (BMW) and the other for India (TVS). We can expect ABS technology as well. So motor-maniacs, be patient for the revolutionary unleashment by TVS, which is expected to happen by the beginning of 2014. 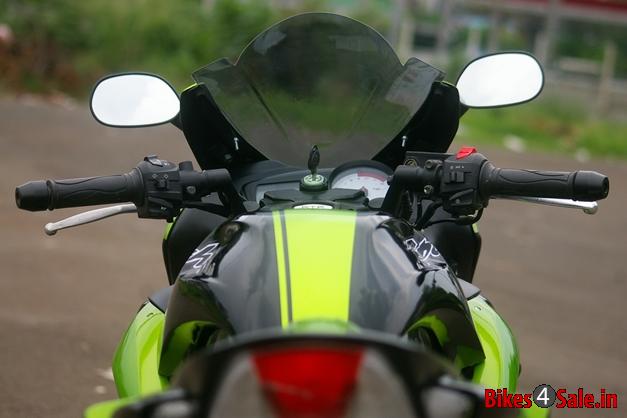