Specs and price of all two-wheelers from TVS

TVS Motor Company Limited is a motorcycle, scooter, moped and three-wheeler manufacturing company. It is the fourth largest motorcycle industry in India and is headquartered in Chennai. Trichur Vengaram Sundaram Iyengar had a good name in business in several sectors in India. In 1962, in a collaboration with an English conglomerate, Clayton Dewandre Holdings, the flagship company, Sundaram Clayton was formed. The company started dealing in manufacturing brakes, compressors, exhausts and all automotive spare parts. This collaboration resulted in founding a moped scooter plant at Hosur in 1978.

In 1982, Sundaram Clayton signed a tie up with Japanese motorcycle giant, Suzuki Motor Corporation for the technical information, trade secrets and assistance. Hence, the name of the company was remarked as Indo Suzuki Motorcycles Pvt. Ltd. In 1984, the production of commercial motorcycles were begun. Later, the name of the consortium was again changed to TVS Suzuki Ltd. It was a long partnership which had been shared between TVS and Suzuki, a long 19 years' partnership. In that fruitful relationship, a track full of essential two wheelers were born. In 1989, the company expanded their annual production tally to 4 lakh units. In 1992, TVS Suzuki launched two new motorcycles, Samurai and Shogun. These bikes were big successes in the history of Indian motorcycle segment. And in 1993, a novel model scooter was born in Indian two wheeler industry, Scooty. It set a benchmark to the scooter class of Indian motorcyclism. By launching a 100 cc motorcycle in 1997, TVS-Suzuki became the first two wheeler company to unveil a 100 cc bike in the Indian two wheeler industry. Meanwhile, the consortium launched a moped model, the XL Super. In the same year, the company proposed to introduce kick start bikes.

In 1997-98 fiscal year, TVS-Suzuki achieved the milestone of a turn over of over Rs. 1000 crore business. It was the first in the history of TVS. With the introduction of the Spectra, TVS introduced the new-generation state-of-the-art four-stroke scooter, which was first in India. In 2000, the consortium launched its much successful bikes, Fiero and Victor in the India market. These two bikes changed the whole graphics of the company. Due to some disputes and quarells, TVS and Suzuki decided to end up their joint venture. Thus, TVS bought the 25.97 stake of Suzuki in 2001. But this break up didn't affect any of the sectors of the company as it recorded a sales growth of 35% in the 2003 fiscal year. In the same year TVS introduced the upgraded version of Fiero. Meantime, the company launched an economical 100 cc variant, the Centra.

Later, TVS tied up with State Bank of India for the financial assistance of motorcycles and scooters to its customers. In 2004, the consortium launched a new 125cc, 4-stroke bike, the Victor GLX. In 2005, TVS introduced another entry level commuter bike, the Star. In the same year, the company launched Victor EDGE, StaR City, Scooty Pep plus and the upgraded version of Centra, the Centra VT-i. In 2006, TVS launched its flagship bike that gave an immeasurable account for the company in the Indian sports bike segment. A new version of 125 cc Victor GLX with an electric start option was also launched in the same year. Targeting girls who are aged between 16 and 20, TVS launched a better print of Scooty, the Scooty Streak. In 2010 as well, the company again funded something very special to the Indian two wheeler industry by launching India's first auto-clutch motorcycle - TVS Jive.

Today, TVS has 3 state of the art manufacturing plants at Hosur, Mysore, and Nalagarh in India and one at Karawang in Indonesia. The company has revenue of US $ 1.26 billion. 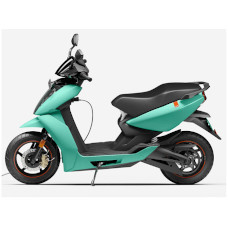