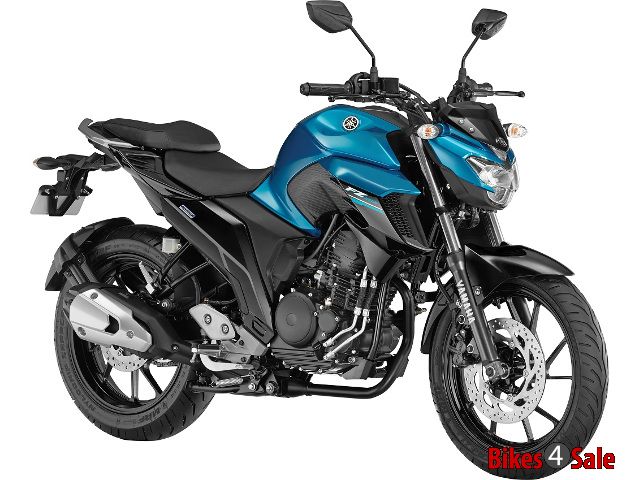 Yamaha FZ25 was launched in the Indian market on 24th January 2017. It is the most powerful model in the FZ clan with a bigger 250cc engine. The 249cc mill delivers a maximum power of 20.9 PS and a 20Nm of peak torque. Yamaha's own Blue Core technology is used in this bike to enhance performance and efficiency of the engine. The new offering from Yamaha directly targets the markets of TVS Apache RTR 200 4V, Pulsar 200 NS and KTM Duke 200.

The latest FZ is happens to be the only 250cc motorcycle with rear and front LED lighting. It also features LCD instrument console, disc brakes at both the ends and specially formulated compound tyres. The 148kg bike features a 14 litre fuel tank and Yamaha also claims a 43kmpl of steady mileage to the latest model. Yamaha FZ25 is available in Ballistic Blue, Warrior White and Knight Black paint jobs.

Yamaha has stopped the production of its motorcycle FZ25 and hence the given price is not relevant. If you want to check the price of second hand FZ25, try our Bike Valuation Tool. 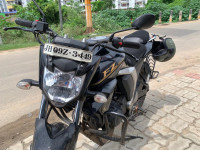 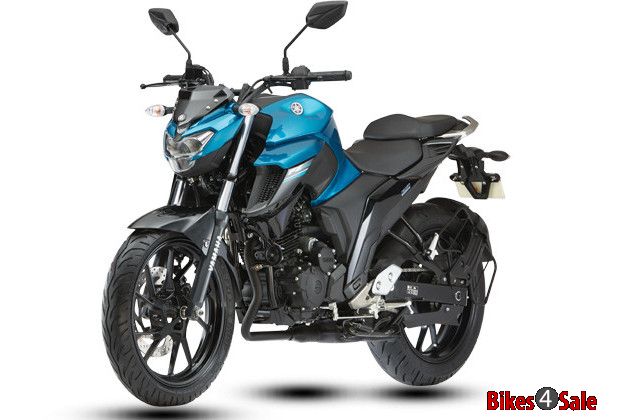 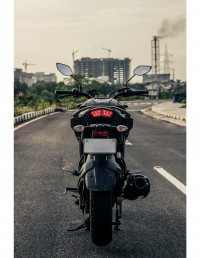 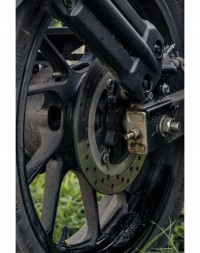 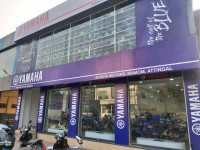 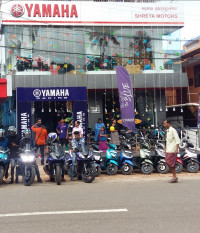 Both FZ and R-15 was said to be the fortune changers for Yamaha on their second run in India. In that, Yamaha FZ has initiated a new segment, naked street bike in the motorcycle industry of the country. From the introductory year, it has evolved to be one of the best street bike by its own unique styling and superior performance. Now, after this many years, they are upgrading the best-in-class street commuter with a mighty 250cc engine.

After years of research and months of road test and spy runs, India Yamaha Motors Pvt Ltd launched this motorcycle on 24th January 2017 in a press conference at New Delhi. All the rumours and speculations around this model came to an end when John Abraham (Brand ambassador Yamaha India) revealed the latest offering in the event.

The Engine
This new FZ25 is powered by a 249cc, single-cylinder, air cooled, 4-stroke engine with 2 valves and SOHC system. The mill delivers a maximum power of 20.9 PS power @ 8000 rpm and a peak torque of 20.0 Nm @ 6000 rpm. It is then mated to a 5-speed constant mesh gearbox and the power is transferred to the rear wheels using a chain drive. The engine has been tuned to withstand Indian traffic and environment conditions. This new model is developed with Yamaha's New Generation Engine Development Ideal- Blue Core technology, which will enhance the fuel efficiency, combustion efficiency, cooling efficiency and performance of the bike. Moreover, this new Yamaha is compliant to BS IV emission standards. 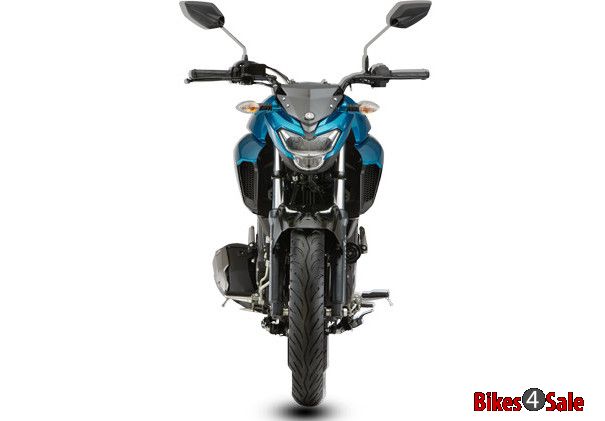 Chassis, Suspension and Braking
The new FZ25's engine is mounted on a newer lightweight diamond type frame. The designing of chassis is similar to the MT series of bike from Yamaha.

The suspension system of the bike consists of a telescopic fork with coil spring and hydraulic damper at the front with a wheel travel of 130mm and a swingarm using coil spring and hydraulic damper with a wheel travel of 120mm is used at the rear for enhanced riding comfort. The rear mudguard travels with the swingarm to give more protection to engine and other components. Like the older FZ, it too offers the same nimbleness and easy-to-use characters for daily use as well as long distance commuting. 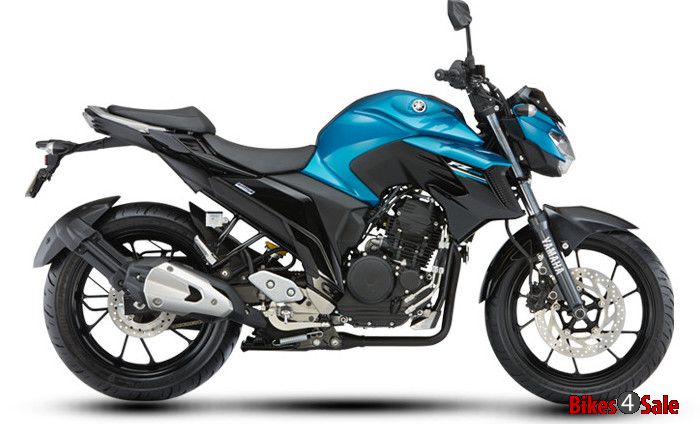 Key Features
With Yamaha Blue Core Technology on board, it has a good mileage of 43kmpl and excellent engine performance. It has a flat long seat and large foot space for both rider and pillion, which offers excellent riding comfort for both. In addition to that, specially formulated compound and lightweight wheels, aluminium grab rails, LED headlamp and tail light, LCD instrument console with features like speedometer, tachometer, Odometer, Trip meter, Fuel gauge, clock and fuel consumption indicator is also placed. It is happened to be the first 250cc motorcycle with LED lighting. It has a minimum ground clearance of 160mm and a wheelbase of 1360mm, which is pretty decent on to the Indian standards. This 148kg bike features a larger fuel tank with 14-litre capacity and plastic resin tank cover. 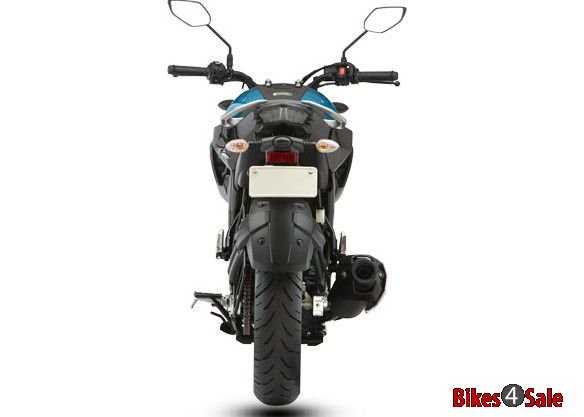 Test drive reports, reviews and news
User Reviews of FZ25. Write Your Review
Hi
By Prashant on 06-04-2022
nice bike
By Akhil on 21-12-2019
Sir I need silencer cover and front brake lever
By Jay Prakash on 01-07-2018
Yamaha motorcycles are stylish, low-maintenance, and durable. Even the first model of Yamaha FZ is better looking than most of the current models from other brands.
By Ittyara George on 19-07-2017
Too fat broad heavy tyres.
By Carlsson Fernandes on 02-02-2017
I will definitely go for this bike. Was waiting for this Yamaha for long days. It will outcasts Duke 200 and Apache series. Yamaha Revs Your Heart
By Nithin Samuel on 24-01-2017
Aggressive pricing and stylish design. Its going to be an instant hit and I am predicting that the waiting period for YZ25 will be more than 6 months.
By Rajendra Prasad on 24-01-2017