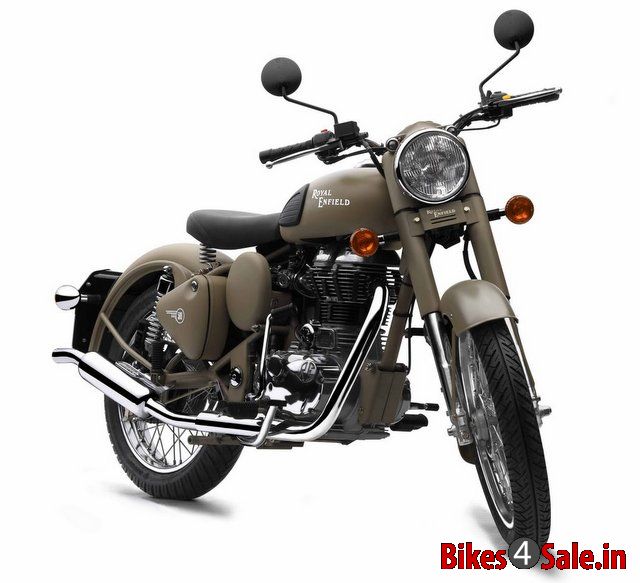 Launched in India in 2010. Classic Desert Storm is not in production now.

The “sand” paint scheme of the Desert Storm is its highlight which brings back the war era once again but on road. The machine is under the Classic range only. But, when the bike meets classiness and sportiness along with its hard look, that becomes something special and something to stare at. It's the same 499cc, Single Cylinder, 4 stroke,Twinspark powerhouse, that powers the all 500 models of RE, runs the Desert Storm. 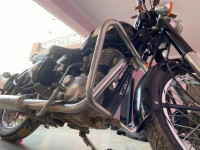 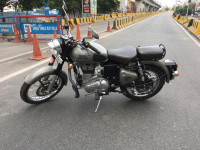 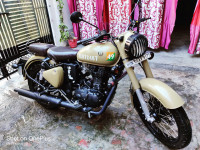 The Desert Storm is the new addition to the Royal Enfiled Classic with new paint jobs. The Desert Storm model is limited to only Classic 500. The Desert Storm favours the new customers who look for a unique Royale Enfiled bullet. Apart from the cosmetic changes, the company hasn't made any mechanical changes.

The Desert Storm is an additional paint job update of the same Classic 500. It continues to gain power from the 499.00 cc Single-Cylinder, 4 strokes, Twinspark engine that produces a maximum power of 27.2 bhp @ 5250 rpm and a maximum torque of 41.3 Nm @ 4000 rpm. The engine comes mated to a 5 Speed Constant Mesh gearbox. The top speed of this bike is 130 kmph.

The Classic Desert Storm has the same mechanical features and it has a Single downtube, using the engine as a stressed member. The suspension duties of the bike are done with Telescopic, 35mm forks with 130mm travel on the front while the rear suspension comes with Twin gas charged shock absorbers with 5-step adjustable preload and an 80mm travel on the rear side. The Classic Desert Storm is a pretty heavy motorcycle and the overall weight comes at 187 kg.