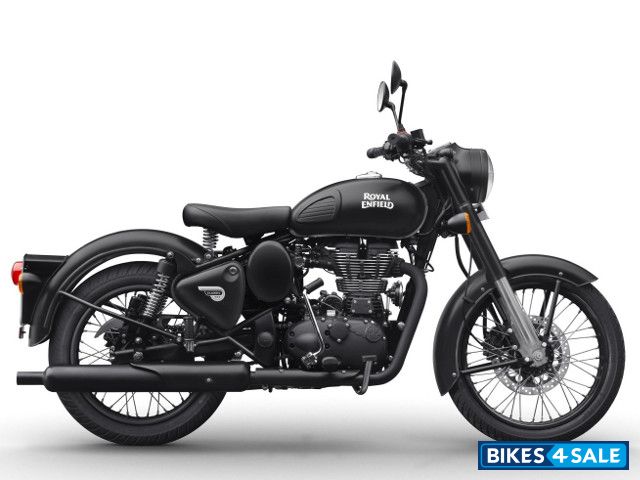 Launched in India in September 2017. Classic Stealth Black is not in production now.

Stealth Black is a special edition of the Classic 500, featured in all new Matte Black paint job. Moreover, this 500 gets rear swingarm and disc brake of the Royal Enfield Thunderbird. Even the engine block, wheel rim, spokes and handlebar are painted in the matte black finish to give an elusive nature to this vehicle. The addition of rear swingarm and disc brake had increased the weight of the Classic to reach 194 kgs. Apart from these, no other mechanical changes have been made by the makers. 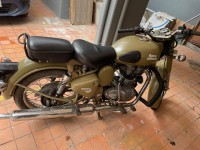 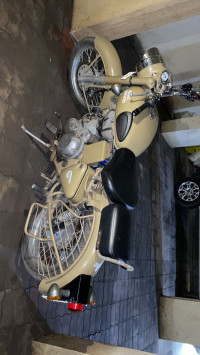 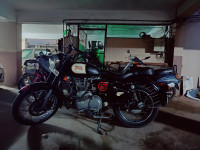 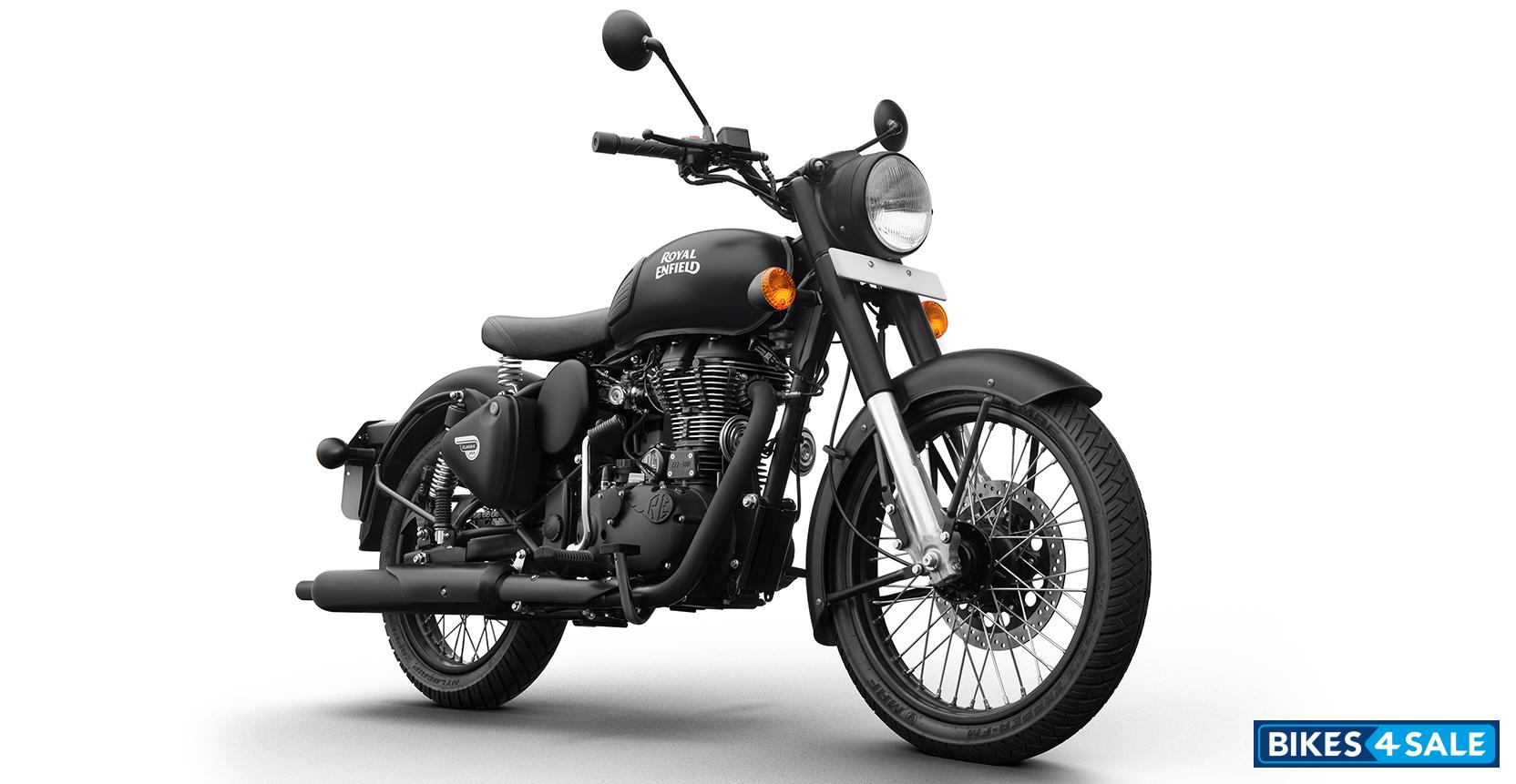 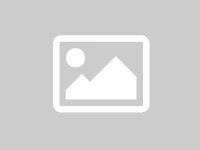 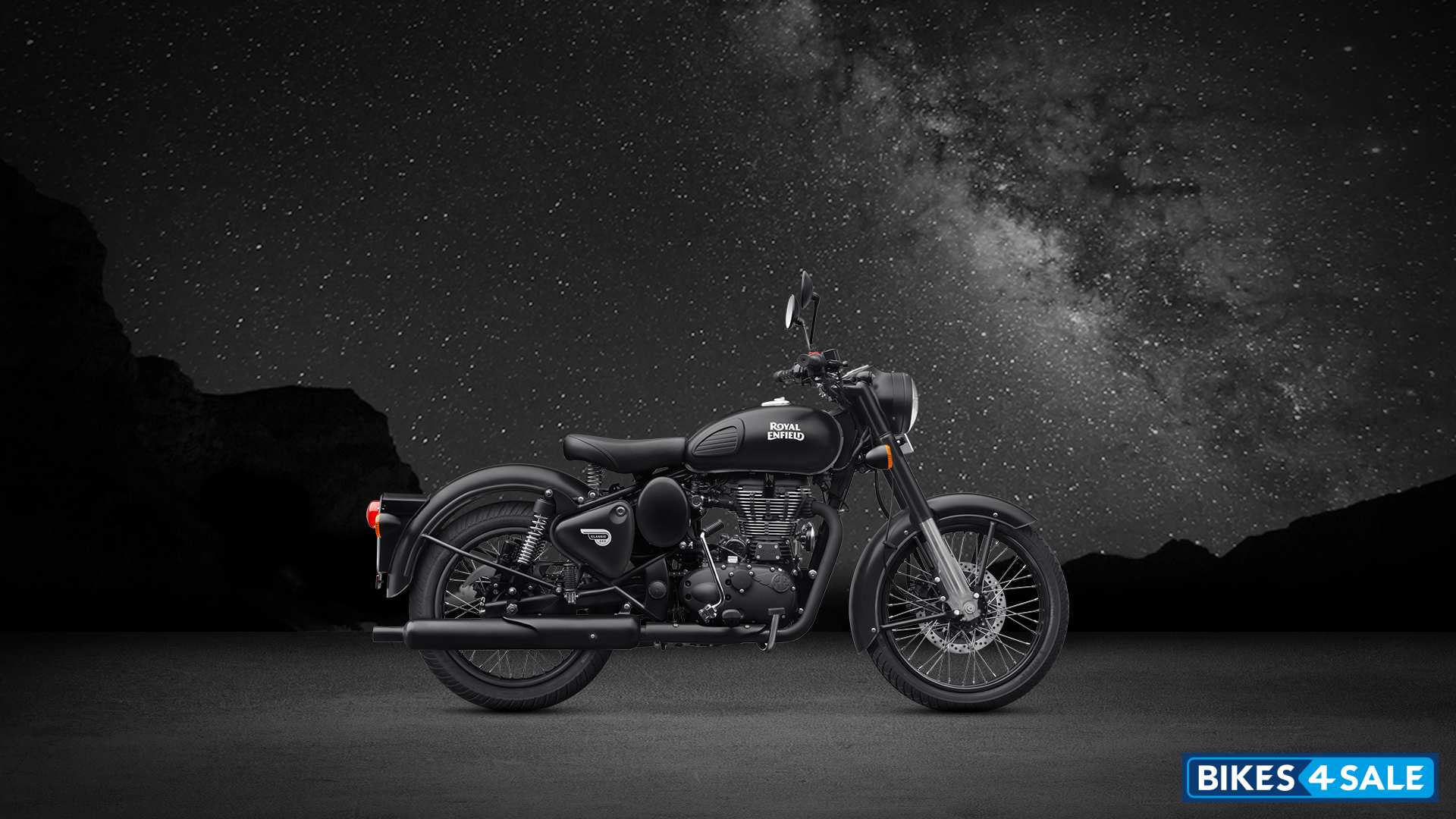 The Classic 500 Stealth Black is a very popular motorcycle from the British originated Indian based motorcycle manufacturer Royal Enfield featured in all new Matte Black paint job. When compared with the older Classic's what the new one offers is a new rear swingarm and disc brake that has been adopted from its cruiser adventure motorcycle; Thunderbird. 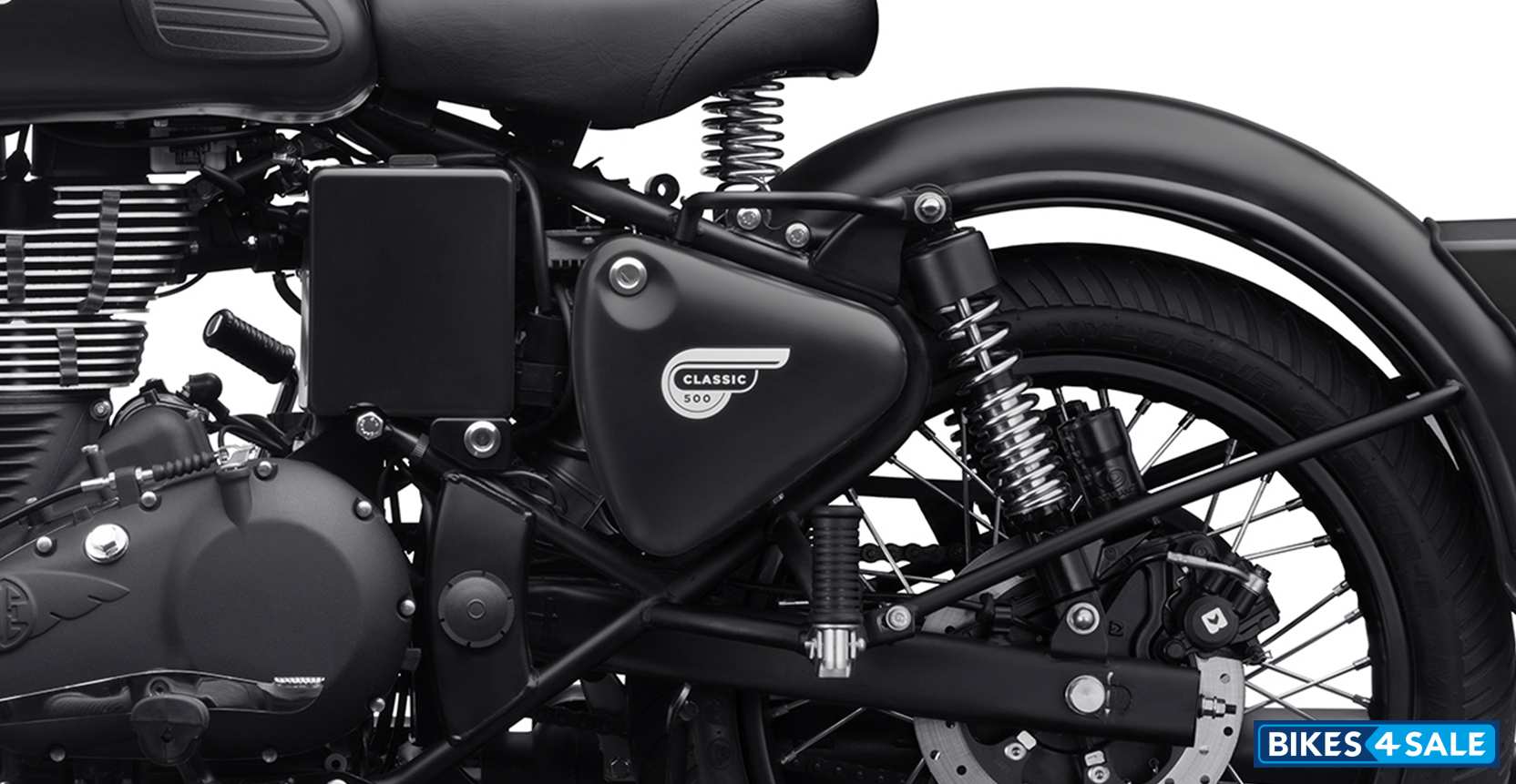 The new Stealth Black edition uses a Single downtube, using the engine as a stressed member. The suspension duties of the bike are done with Telescopic 35 mm fork with 130 mm travel, while the rear suspension comes with Twin gas charged shock absorbers with 5-step adjustable preload having 80 mm travel. The braking of the new Classic 500 Stealth Black is done with 280 mm Disc, 2-Piston Caliper while the rear braking system is done with 240 mm Disc, Single Piston Caliper at the rear. The addition of new swingarm and disc brakes have added the weight of the new motorcycle to be of 194 kg.
User Reviews of Classic Stealth Black. Write Your Review
Hi!
I always loved buying a RE 500cc stealth black since it's launch..but couldn't buy because of
1. Lack of money
2. Height 5'4"..
But I am 100%sure that I will buy my dream bike soon...
Rest left to....
By Sanjay Kumar on 30-09-2019
Black callar &Luck. OK
By Vasanthakumar on 29-08-2019
I love classic stealth black because of its mind-blowing colour and also because it has a 500 cc engine and also it has a disc brake at the rear.
By Roshan Remani Saseendran on 30-04-2018
I love this bike, because of its colour, and also because this is the one among the few bikes from Royal Enfield to feature disc brakes in the front as well as at the rear. Once, there was a war plane with the U.S. Airforce name the Stealth fighter, which cannot be detected by the radar while in flight.
By Roshan Remani on 27-03-2018
This is my dream bike actually I have no money so that's why I can't take right now in future i got chance for baying
I will do
By Robot Dubey on 09-02-2018