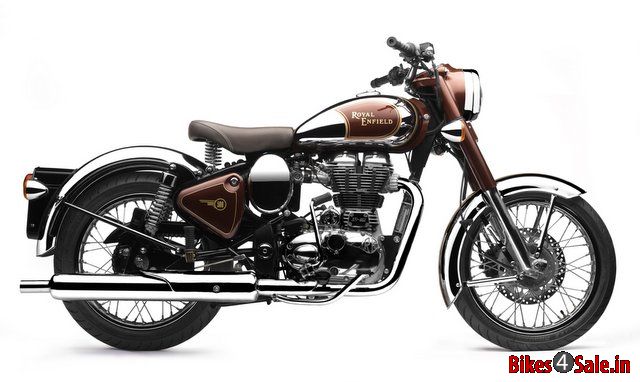 Launched in India in 2010. Classic Chrome is not in production now.

If you are looking for a machine in the RE garage that is positioned in the very extreme end of classiness, you can't meet anything better than the Classic Chrome. Just as its name indicates, the motorcycle is touched with factory chrome that lasts for many years and keeps you shined on road. The bike is powered by the same 499cc, Single Cylinder, 4 stroke,Twinspark heart, that powers the whole 500cc family bikes of RE.

Royal Enfield has stopped the production of its motorcycle Classic Chrome and hence the given price is not relevant. If you want to check the price of second hand Classic Chrome, try our Bike Valuation Tool. 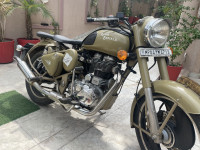 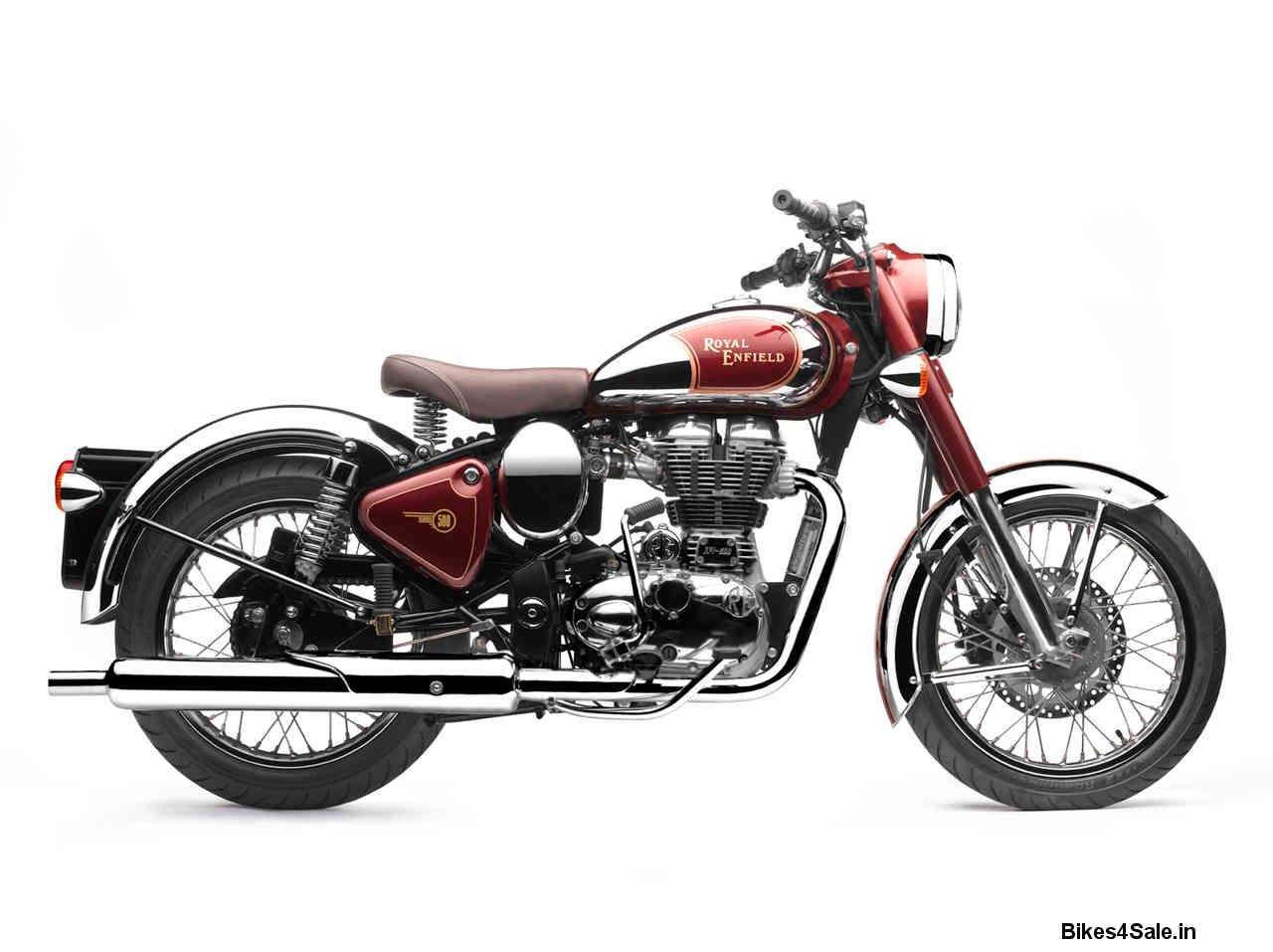 Royal Enfield succeeded in building many motorcycles over the years, but the Classis remains the top for being one of the most loved motorcycles in their audacious lineup. The Chrome touchup of the Classic gives it a very royal look that stays close to the heritage and history of the Royal Enfield.

The Classic Chrome is an addition to the Classic lineup with the new paint scheme, mechanically Royal Enfield hasn't changed anything from the original model. The new Classic Chrome continues to draw power from the renowned 499.00 cc Single-Cylinder, Air cooled engine and produces a maximum power of 27.2 bhp @ 5250 rpm and a maximum torque of 41.3 Nm @ 4000 rpm. The engine is mated to a 5 Speed Constant Mesh gearbox and the bike has a top speed of 130 kmph.

A Single downtube frame is made using the engine as a stressed member in the Classic Chrome. The suspension duties of the bike are done with 35mm Telescopic forks with 130mm travel and the rear suspension duties are done with Twin gas charged shock absorbers with 5-step adjustable preload having 80mm travel. The bike has a ground clearance of 135 mm. The overall weight of the bike is 187 kg.