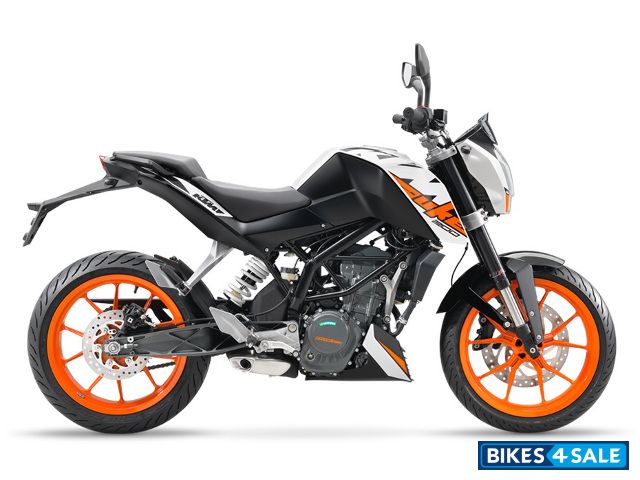 Launched in India in January 2012.

The first motorcycle of KTM to be launched in India. Since the unveiling at the Auto Expo New Delhi, 2012, the bike bagged the attention of motorcycle enthusiasts. It comes with a 200cc, Single-cylinder, 4-stroke, spark-ignition engine, liquid-cooled engine, which delivers a maximum power of 25 Hp. It is mated with a 6 speed transmission.

2017 Duke 200
The updated Duke 200 retains the same design language and exposed trellis frame with same underbelly exhaust found int eh 200 and 390. The updated bike gets BS-IV compliant engine by keeping the same old power and torque figures. The only upgrades are visible on the cosmetic part of the bike. It gets three new paint jobs with new graphics and the fuel tank gets a cool new 'Duke' badging as well. The digital instrument console, headlamp and tail lamp and grab rails happen to be the same as that of old Duke 200.

View price in other cities
Buy a New Electric Cycle for just Rs. 23,000 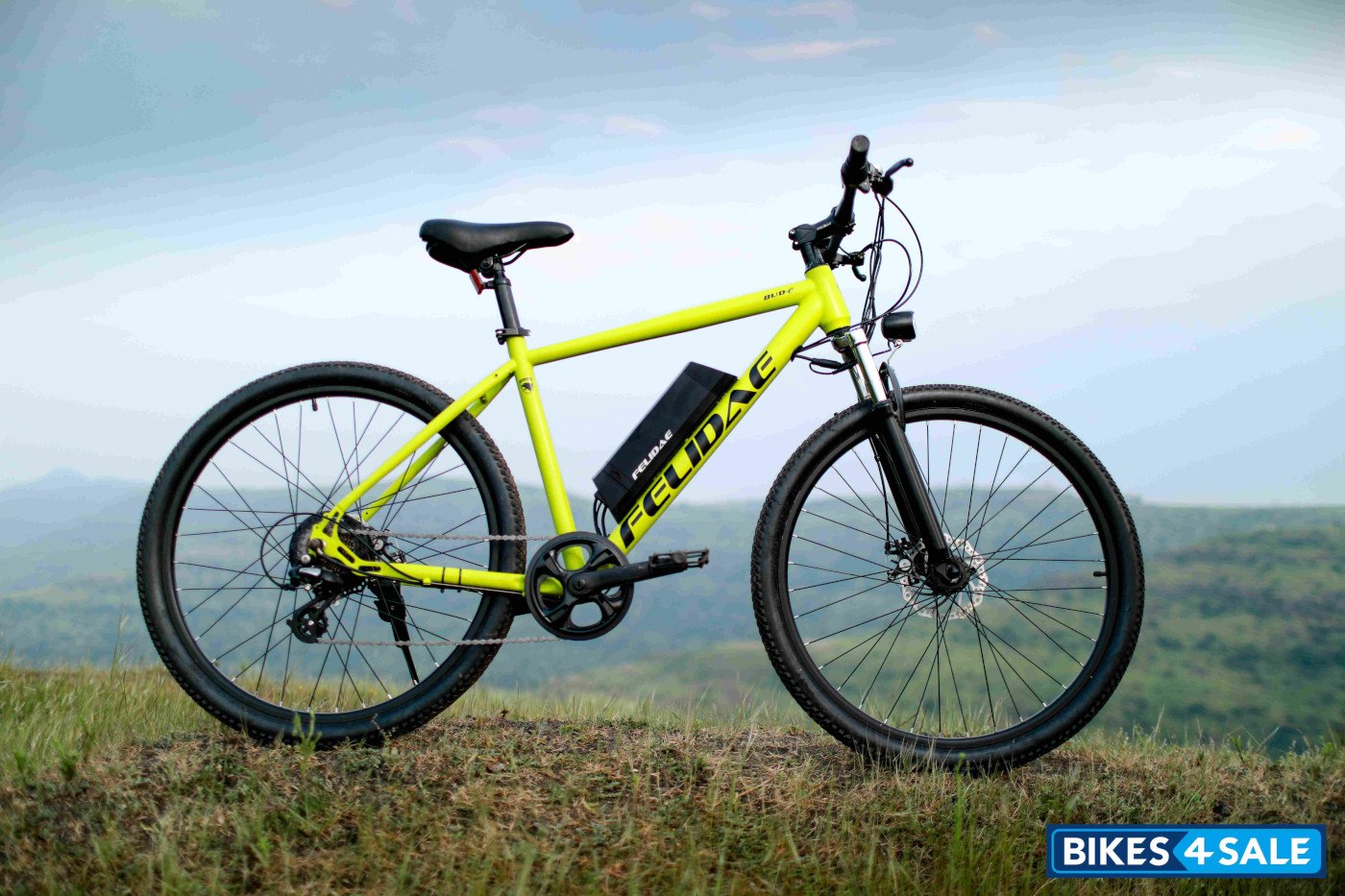 Book a Test Drive through Bikes4Sale and we will try to get you the best offer for KTM Duke 200. 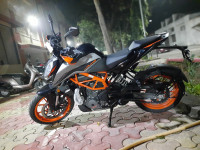 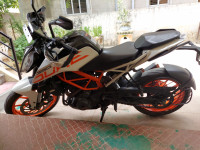 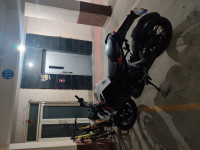 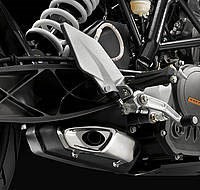 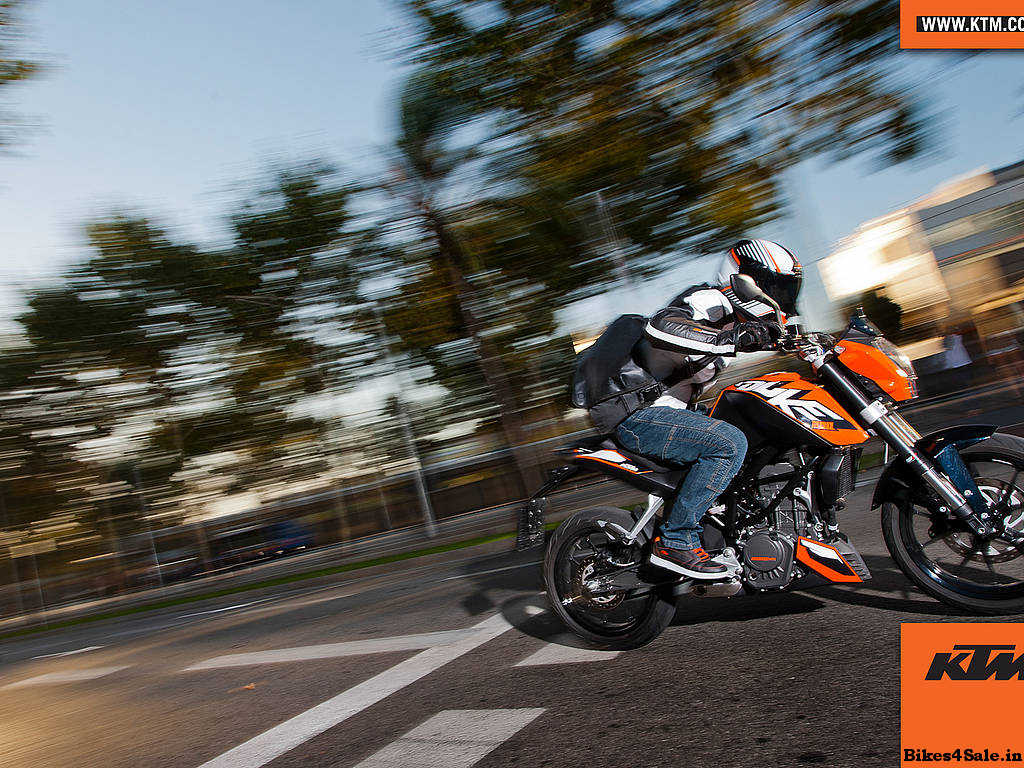 The Duke 200 is the first motorcycle to ever launch in the Indian roads. The motorcycle showcased a very light design with a modern frame and chassis, owing to the industrial and aggressive look and stance the KTMs hold in the motorcycle world. The Duke 200 comes with a naked body and has orange and white paint job all over its body. The Duke 200 maintain its sports look appearance in all angles, the two-piece seat provides good comfort while riding at cities and hefty traffic, but the seating of the Duke 200 mostly favours the rider and the pillion has to grab the rider for a safe riding. Even though this is a turn-off for some, this sole factor may also be a head turner for some. 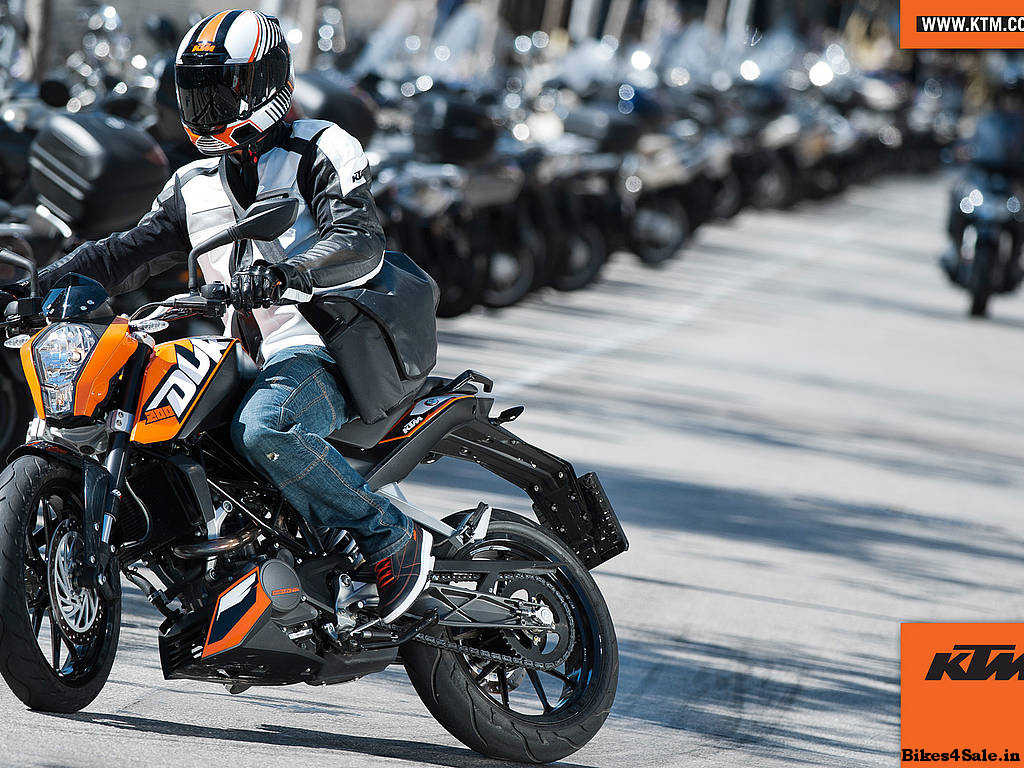 The Duke 200 comes with a very powerful 200cc Single-cylinder, 4-stroke, spark-ignition engine, liquid-cooled engine that is capable of producing 25 hp of raw power @ 10000 rpm and a 19.20 Nm @ 8000 rpm. This power-packed motorcycle is mated to a 6 speed, claw shifted and can attain a maximum top speed of 135kmph. The engine produces swift power and acceleration, making it one of the most aggressive bikes the Indian market has ever seen. What makes the Duke 200 more impressive is its three-chamber underbelly exhaust which is positioned close to the machine's overall centre of gravity and this makes the Duke more powerful while riding and handling at all speeds. 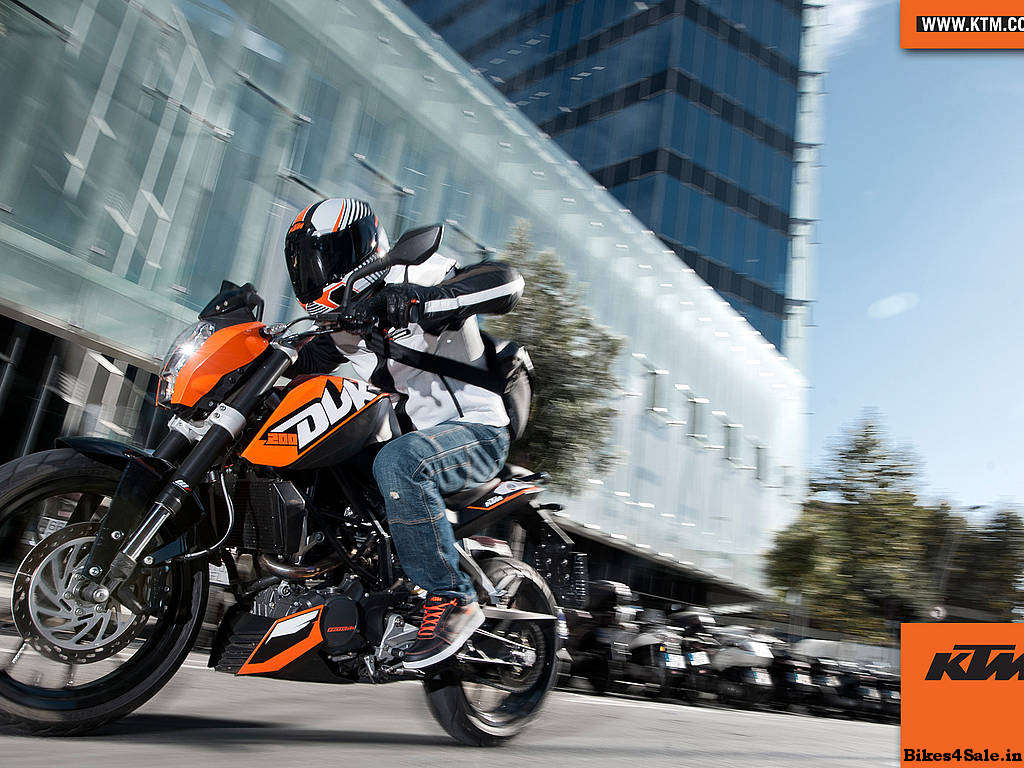 The Duke comes with a Steel trellis frame, powder coated chassis which proves that the Duke 200 is all game for any adventure the ride want to have. To add the aggressive stance KTM has given a WP Upside-Down Suspension at the front and a WP Monoshock Suspension at the rear. The suspension setup is very good at handling the bike at all speeds and take corners very smoothly.

The Duke uses Disc brake with four-pot brake calliper. Brake discs diameter is 300 mm at the front and a Disc brake with one-pot brake calliper, floating brake discs. Brake discs diameter is 230 mm. The stopping power of the Duke 200 is amazing and it manages to have good braking control at all speeds. Even though there is a slight miss of the ABS technology, the Duke 200 performs well in its class.

The Duke 200, with its naked body design, super lightweight, it's super trellis frame and a very powerful engine is a deal breaker in its class. The Duke 200 can be seen as a motorcycle that started a revolution in the Indian automobile world, as it came with a small 200cc engine with maximum power and torque at a time when the industry stalled behind motorcycles with the underpowered motorcycle. Even though the long ride capabilities of this bike is debatable, the Duke 200canbe used as a good commuting machine and a city bike and will amount to all the needs of the rider whether on road or off-road.
Test drive reports, reviews and news
User Reviews of Duke 200. Write Your Review
I have a ktm duke 200 2017 model it is very good
By Adarsg on 02-05-2021
It's my dream bike Pls give that beast to me I'm ready to buy
By Nishanth on 11-02-2021
Hi all I want bs4 200 Duke new bike is there any possibility please call 9686099242
By Ashok on 03-10-2020
My dream bicke KTM duke 200
It's speech less performed vechil
I love duke 200
By Sidhu on 22-08-2018
It's almost 1.6years ,rode almost 15k km of this bike.Liked it a lot but when it comes to service you will have a hole in your pocket.Normal service will steal away 2k in my area.Every month a new part is lost.Worst service centers,if a part is gone you have to wait for months or arrange somehow yourself.

Pros-
Looks,Pickup that no one can match, Handling just awesome, Truly a racer
Cons-
Very high maintenance, Unsatisfactory Service centers , Comfort, Spare parts not available,Milage
By Dr Abhay Verma on 18-12-2017
I like this bike coz girls can handle
By Radhika on 23-10-2017
My fevrat bike KTM duke
By Mangal Koli on 21-10-2017
Please I want an KTM duke 200 in seconds please contract mee 9398094115
By Hakil on 14-09-2017
I am a stund or speed or stylish bike lover
By Jithunjs on 30-07-2017
I LOVE DUKE BECZ IT SEATING VERY COMFORT AN VOICE IS SUPERB.
By Ankit Pandey on 29-07-2017
Is this bike better suited for city ride or highway use?
By Dr. Nadeshan Thiruvalla on 20-07-2017
Because its colour is attractive looking nice sports bike also and also best in peakup
By Vishal Yadav on 26-10-2016
Ready to race# answer s already n der slogan# ktm s quick enuf fr Indian roads# quick torque# rpm power s n stable mode# 25hp s fine enuf fr Indian streets# main thing I luv cornoring n this bike# wana be quick go fr ktm!!! Thanks for other riders fr sharing der opinion.
By Vignesh on 17-09-2016
One of ma dream is ride a duke ✌❤
By Sethunath on 15-09-2016
My advice to everyone is not to buy this bike. Simply to say to ourself inviting our death buying this bike. Brake system and weight of the bike is not good. I am writing this review because 80 percent of ktm bikes are facing accidents because of this poor brake system...and more 50 percent pushed to death. So please take this as a suggestion..there are lot of very good bikes please get some suggestions before buying bikes...our lives are more valuable than these bikes
By Priya on 11-09-2016
I love duke very much ,over all its a gud bike and tronic sound which attrCt
By Tenzing Borang on 17-02-2016
pick up is out standing n bhp power also very cool
By Tashi on 20-09-2015
I like this bike. so sexy and good in look. but not good as my new rc 200 . which I took presently. it iz best for students.
By Mohammad Sanad on 09-05-2015
I hate this one. Worst bike on Highway roads. Not suitable for race on NH's. When i'm riding on duke on a top speed of 138kmph. I was got beaten by the Yamaha R15 v2. When i was tryin to chase him. I can't. It was goin like a superb jet. my bike clocks 141mph then the handle vibrates and engine making some terrorfull sounds. So i droped that mission. Its my truly advice you can use this bike as street fighter. and ride on busy roads. not suit for highways. and if u want highway bikes you go for Honda cbr 250R or Yamaha R15 v2 or Kawasaki ninja 250. Thank You :)
By Abhinav Krishna on 07-05-2015
I love this bike but i can't afford it cause I don't have enough bucks.
As I'm a student
By Hemant on 09-12-2014
I LOVE KTM DUKE BECAUSE IT WAS WONDER FUL BIKE IT LIKE AN A JET
By Khalid Mohammed on 24-09-2014
Light weight and quick pick up make you feel like a real street bike racing, very good handling,but indeed it lacks in case of mileage as it gives only 25-30kmpl in busy streets.
If anyone prefers for a bike which is of real street racing with bajaj pulsar 200ns, pulsar 220f, cbr250r .
i would preferebly say you to go for ktm duke as real street racing bike, which is much more fun and easy cornering.
By Bikramesh on 28-04-2014 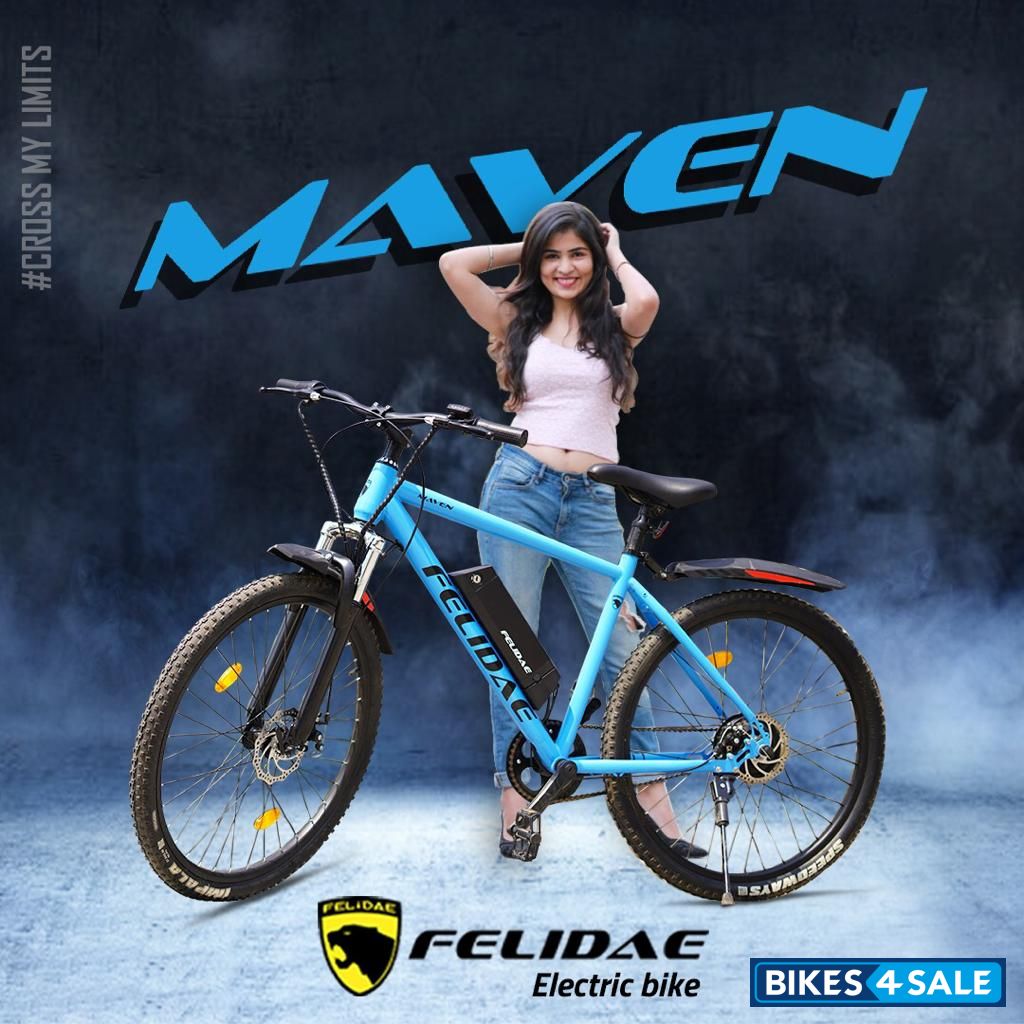 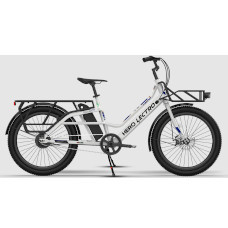 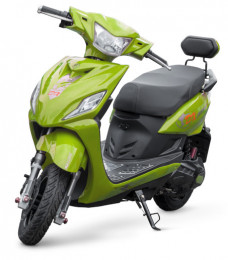 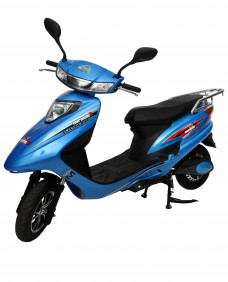 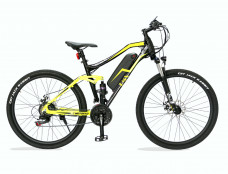 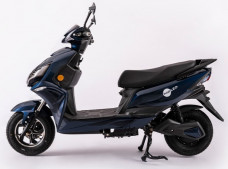 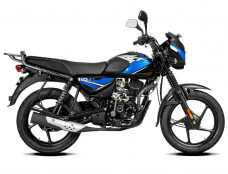 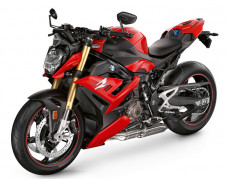