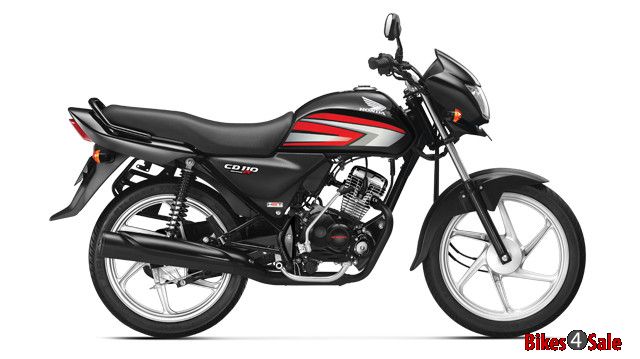 The all new CD 110 Dream DX features BS-IV compliant engine and AHO. It is the rebranded version of CD 110 Dream. The bike is equipped with 110cc, 4-stroke, single cylinder engine with a fine tuning of Honda Eco Technology. This would help the bike to generate more torque and power with a superb mileage. It is one good looking commuter with higher ground clearance and longer wheelbase.

It comes in dual tone paint jobs with a combination of black colors. They are Black with Red graphics, Grey Graphics, Blue Graphics and Green Graphics.

Honda has stopped the production of its motorcycle CD 110 Dream DX and hence the given price is not relevant. If you want to check the price of second hand CD 110 Dream DX, try our Bike Valuation Tool. 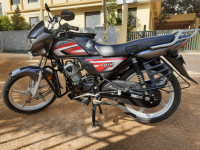 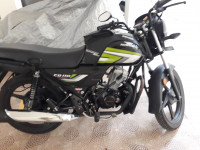 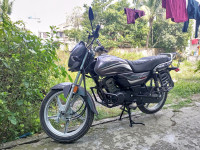 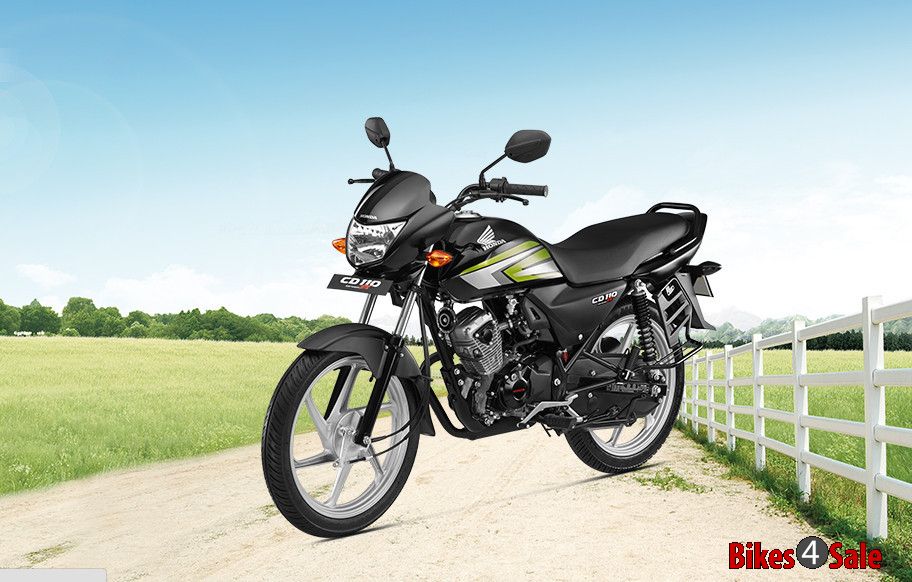 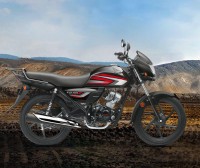 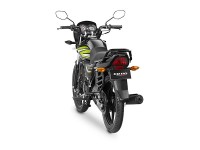 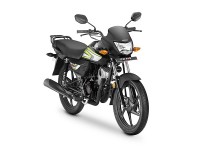 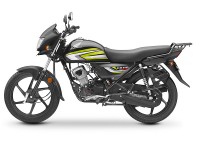 Honda CD 110 Dream DX is the more basic entry level commuter, launched in 2016. The introduction of Dream DX was part of their master plan to outclass the commuter leader, Hero MotoCorp from the market. The new Dream DX is the rebranding of their old CD 110 Dream model. According to Honda, their two commuters like Dream Yuga and Dream Neo was not quite enough to compete with the leaders like Splendor, Passion and CD Deluxe of Hero MotoCorp. This brand new commuter is based on the much faithful Activa 3G 110cc engine. The engine is mated with a 4-speed constant mesh gearbox uses all down gear shifting pattern. 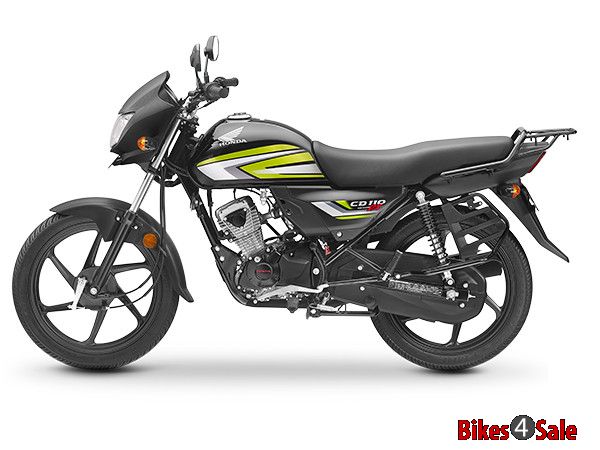 The Design and Styling
The CD 110 Dream DX was introduced as the basic, entry level commuter presented in freshening up face and with some advanced features. Honda has managed to introduce a couple of new features in this bike. Upfront, the same trapezoidal headlamp with the black windscreen on top found in the CD 110 Dream model has been retained in the latest model. Moreover, this motorcycle gets AHO (Auto Headlamp On) feature as a part of the new law. It also features long seat, which makes every ride more comfortable and enjoyable for the pillion and the rider. At the tail section, it is equipped with a rear carrier to load and unload the cargo or luggage with an ease. The new utility side box is one of the other additions to this model, which can be locked with a key. Other inclusions are a self-start switch, tubeless tyres, Maintenance free battery and viscous filter. 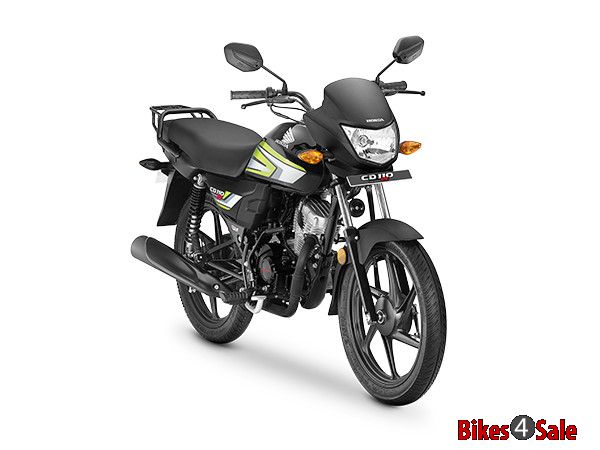 The Engine and Performance
The Dream DX is powered by 110cc, air-cooled, 4-stroke advanced Honda engine with high power and high pick up. This engine is capable enough to deliver a maximum power of 8.31 bhp @ 7500 rpm and a peak torque of 9.09 Nm @ 5000 rpm. Like the Activa 3G, it can go at a top speed of 85kmph on a straight stretch. Not only that, it is much fuel efficient than Hond Activa with a mileage of 65kmpl.

Honda Dream DX is one of those bikes, which have a smooth and vibration free engine. Moreover, it gets a decent fuel economy making it as one of the best commuters to choose from. The quality and refinement of Honda engines are outstanding and it is one of the reliable engines currently available in the market.

Suspension, Chassis and Braking
This Honda motorcycle is constructed around diamond type chassis for much flexibility and inner strength. The Dream DX gets telescopic forks at the front and spring loaded hydraulic suspension system at the rear. This commuter runs on 18-inch tubeless tyres and the stopping force is controlled by 130mm drum brakes at both the ends. Tubeless tyres reduce chances of sudden deflation in case of a puncture. It is one of those commuters having a higher ground clearance of 179mm. 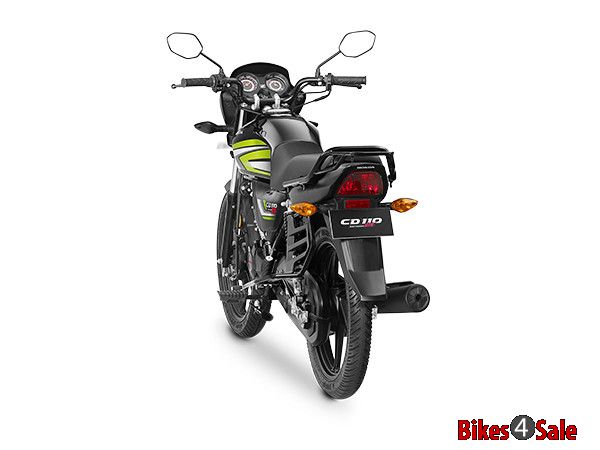 Conclusion
Honda CD 110 Dream DX is one good looking commuter with a simple basic design. It has all the external appearance of a commuter. The quality and refinement of the engine are outstanding with a decent mileage. But the riding comfort of the bike is not up to the standards. The rear suspension found in the Dream DX cannot be adjusted and it remains to be the major concern of the bike.

Altogether, it is one compact commuter with an affordable price tag and decent fuel economy suitable for day to day runs and business.
User Reviews of CD 110 Dream DX. Write Your Review
It looks nice
By Sunil Kumar on 19-05-2018
The bike is super smooth
By Yash Wadhwa on 30-12-2017
I HAVE THIS BIKE. THIS BIKE IS EXCELLENT I WENT TO 340 KM AT 60KMPH BY THIS BIKE BUT THE BIKE DID NOT SHOW ANY ENGINE PROBLEM VERY VERY GOOD BIKE EVER.
By Arnab Kr Dey on 01-07-2017
I want knowledge regarding headlight, how to headlight off
By Anjani Kumar Suman on 17-05-2017
I think indin top bikes small price
By Sharvan on 29-03-2017
I like Honda CD 110 DX Model
Not unabale This Model Harrison Honda Showroom Plz Suggest me
This Model Available Others Showroom
By Satish Borkar on 18-06-2016