Complete details of Pulsar AS 200 Motorcycle 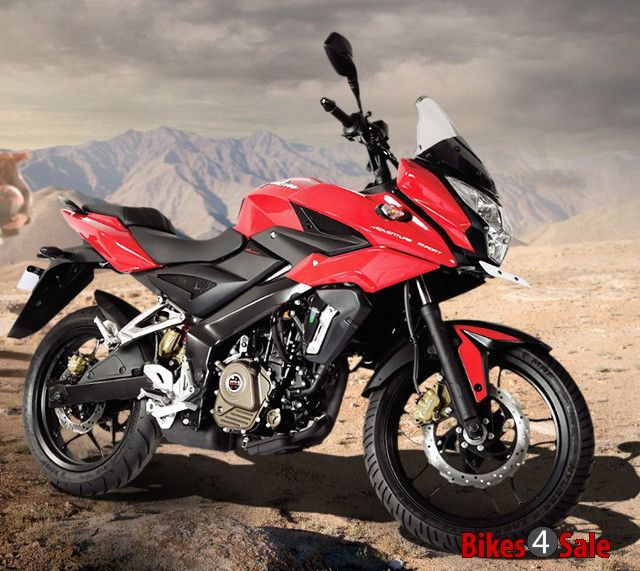 Pulsar AS200 is the new breed of motorcycle from Bajaj Auto Ltd, launched in 2015. It is the first time, Bajaj introduces a motorcycle in Adventure Sports class. This quarter faired motorcycle is meant for comfortable long distance commuting, built according to Indian road conditions. Unlike 200NS and 200RS, this ain't an aggressive kit. But this model too targets young customers, with a different riding perspective.

AS200 is powered by the same engine that Pulsar 200NS uses. This 199.5cc liquid-cooled, single cylinder, triple spark engine produces 23.2bhp power and a maximum torque of 18.3Nm. It uses a six-speed manual gearbox, which is familiar in all the 200 & 220 class motorcycles from Bajaj. Most of the parts are borrowed from 200NS, which in turn has reduced the production cost of this vehicle.

The cosmetic area covers the projector headlamp, a tall fairing and a large smoked windscreen, which gives an emphatic appearance and it also helps in reducing the aerodynamic drag. Rear panels and tail lights too are borrowed from their naked sibling 200NS.

Suzuki Gixxer SF and Yamaha Fazer are the only alternatives for this offering from Bajaj. All the credits go to the R&D department to bring out a new class motorcycle from the available engine and related parts of their range of products itself, which has certainly helped in bringing down the production and development costs of 200AS.
200AS is featured in red, blue and black variants.

Bajaj has stopped the production of its motorcycle Pulsar AS 200 and hence the given price is not relevant. If you want to check the price of second hand Pulsar AS 200, try our Bike Valuation Tool. 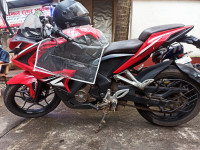 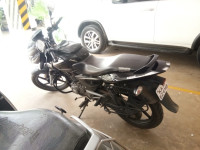 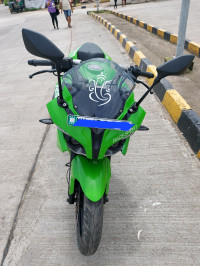 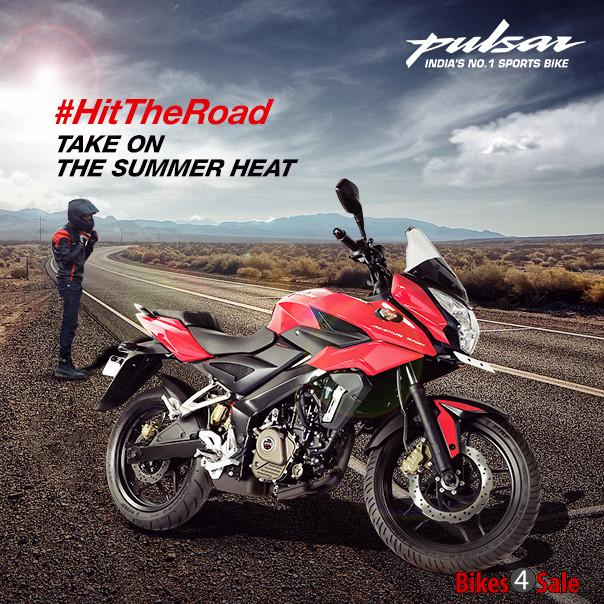 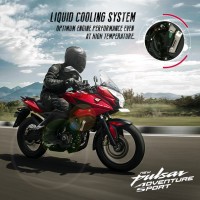 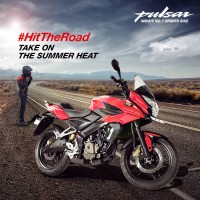 Quarter faired bikes have been doing a great business for the last few years. These bikes are not aggressive as full faired bikes, but better in ride quality and long distance commuting. Of which the Pulsar AS 200 from Bajaj is considered to be the best seller. This is the first model from Bajaj in the Adventure Sports category. This AS 200 shares majority of its components with the Pulsar NS. Bajaj has indulged many features in this bike to go head on head with the rivals.

Engine
This Pulsar uses 199.5cc, liquid-cooled, DTS-I engine, which uses Bajaj's own Triple Spark Technology to churn out 23.5 PS of maximum power and 18.3 Nm of peak torque. This same engine is featured in the naked sibling NS 200. Engine is then meshes with a 6-speed gearbox for optimum power delivery. The extra fairing in the bike might have added an additional 2 kgs from the NS, but it has no hesitation to cruise at higher speeds. Engineers of Bajaj had claimed that, they had did some refinement in engine to overcome minor defects from the NS model. 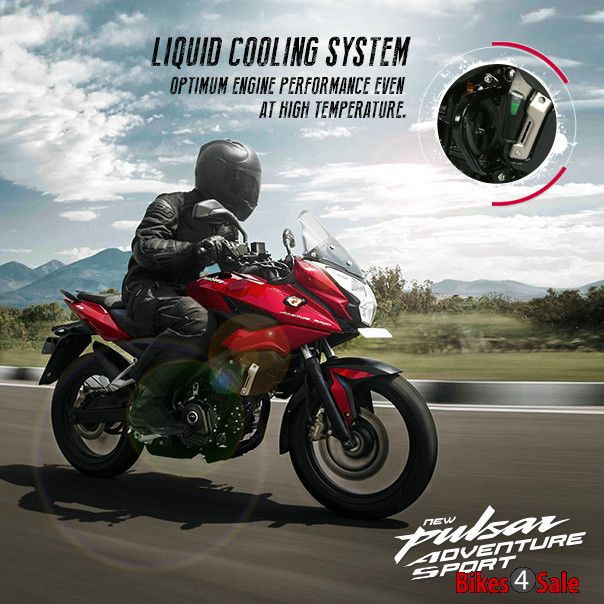 Design
Pulsar has its own identity, but it fails to become a unique model from Bajaj as this one looks similar to the Pulsar NS from many angles. The front fascia of this bike is bit aggressive and part classy due to the use of alpha male designing. It has used a new headlamp with an extended visor. This windscreen is used as a styling component as well as an aerodynamic aid. Fairing of this bike has done in such a way that, it is blended towards the fuel tank and headlamp cluster upfront. Like the Pulsar NS, it has rear panels and tail lights, which represents the trademark Pulsar design. Since it is an adventure bike, the seating position of the rider and pillion of AS 200 is different from other Pulsar models.

Features
One of the main highlights of this bike is the use of new Projector headlamps for superior lighting. This one changes the outlook of this motorcycle from other variants. Bajaj has used perimeter frame as the main chassis for flexibility and sharp handling in the trickiest terrain and city traffics. It uses a semi-digital instrument console featuring, two trip meters, an odometer, clock, fuel gauge and service indicators. The star shaped, 10-spoke alloy wheels and backlit switchgear adds the cosmetic appeal of this bike.

Suspension and Braking
Bajaj has used disc brakes for this bike at both the ends. It features a 280mm disc brake upfront and 230mm disc brakes at the rear. Both these figures are best in the class. Since it is an adventure bike, a Nitrox mono suspension with Canister is used at the rear, to provide perfect balance and stability to the bike. At the front it uses a telescopic fork with anti friction bush. Along with a ground clearance of 167mm and advanced suspension system, it can be taken to any roads and terrains without any second thinking.

Final Word
Pulsar AS 200 is priced bit more than the Pulsar 220F. This adventure machine is available at a pricing of Rs 91,550 (ex-showroom Delhi). With a top speed of 127kmph and even capable of speeding from 0 to 60kmph under 5 seconds is quiet fascinating figures for a 200cc motorcycle. With a 12 litre fuel tank and overall fuel efficiency around 40 kmpl, this Pulsar is worth the money. It might seem bit overpriced, but this is a much improved and refined Pulsar from the Bajaj Motorcycles.
User Reviews of Pulsar AS 200. Write Your Review
this bike take a racw in a second and powerful engine
By Nitesh Ad on 03-10-2015
Pick up his some time slow
By N. Sikkandar on 17-09-2015
I am willing to buy Balaji Pulsar AR200. Please Help me to know weather this is true. alloy wheel failure for even pulsar AR200.
By Hari on 27-07-2015
Someone can tell me about the mileage of AS200 and AS150 ??
By Saurov on 20-07-2015
Bold attempt by Bajaj; handclaps. An option to have the exhaust routed higher on the motorcycle, engine guards, and off road tyre options would cement its position in the niche. Looks great, well priced. Would love to get a test ride, someday.
By Mathew Cheruvathoor on 14-05-2015
Thank God. The pricing is correct. Its not overpriced.
By Pranav Despande on 14-04-2015