Earlier we let you know about the leaked information of the upcoming YZF-R250. Here we have one more story that will certainly give a double boost to all Yamaha fanatics. The news is that Yamaha is working on the YZF-R400 and the YZF-R650. However, it's yet to be confirmed in the coming days. So guys, just keep your eyes updated with our refreshing stories on it.

If it's true that is simultaneously gonna be a triple blow for its competitors and a triple boost up for Yamaha. Because, along with the YZF-R400 and the YZF-R650, the YZF-R250 will get placed. 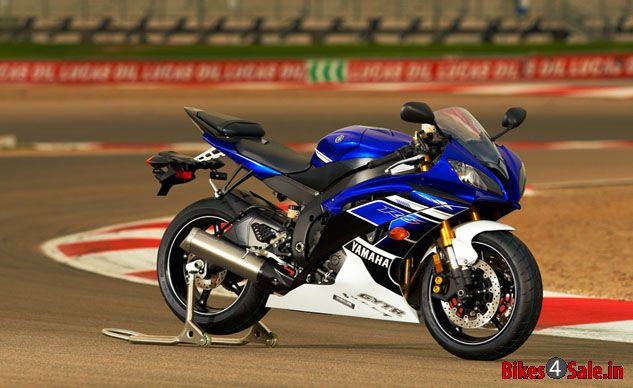 Well, think about when the YZF-R125 joins this crew. How will it be? That would be the superlative degree of awesome. Then we can hear the throttling of Yamaha in roads as just we hear in MotoGP race tracks. We know the MotoGP track is always dominated by Yamaha riders. These 4 upcoming machines seem to grab the admiral position and domination from Honda, Suzuki, and Kawasaki, which are the major challengers of Yamaha in the sport class motorcycle manufacturing.

Presently, Yamaha doesn't have sportsbikes in these category. The company is really struggling for not having a 250cc, a 400cc, and a 650cc machines in the above mentioned class. So the firm might have thought of introducing new machines rather than going on the same machines updated.

The YZF-R250 will be taking good no. of opponents. Honda CBR 250R, Hyosung GT250R, and Kawasaki Ninja 300 are they. Among these bikes, the Ninja 300 stands top. It will be a 'way of the cross' for Yamaha to overcome the features, power, maneuverability, and the brand value that the Ninja 300 offers.

Meanwhile, the YZF-R400 will be racing against the CB 500 Series bikes (CB 500F, CB 500X, CBR 500R). It had also been rumored that Honda might be rolling out the newly 400cc engine for all. If then, the users can decide machines according to their brand.

Counting all together, it will indeed turn to be a bike fest for sportsbike riders and fanatics across the world. Let's wait and watch up what Yamaha has exactly got to showcase.