We have been hearing a lot on a quarter-liter bike of Yamaha since a couple of years. Some credited that it was a 250cc Fazer and some said about another bikes. Anyway the latest news about the 250cc bike of the Japanese motorcycle manufacturer is that the YZF R250 has been rendered in a famous Japanese magazine. This appearance of the YZF R250 kills almost all queries of Yamaha fanatics for time being. Because, what all the crazers wanted to know was how the rumoured 250cc looks like. The name and further stuffs are only secondary.

The YZF R250 resembles the YZF R15 a lot. It is crafted with almost identical twin-headlight, side panels, wind screen, seat, ergonomics, handlebar, and design. Well, the rear view mirrors and the LED turn indicators look sportier. Stories until now tell that the bike will be crafted either with a delta frame or a tubular chassis. The bike will be featuring chubby swingarm, USD forks, newly designed alloy wheels, larger tyres, and a larger front disc brake. Yamaha has added a day light running LED strip at the bottom of the lights, that is borrowed from the flagship machine of Yamaha, the YZF R1. 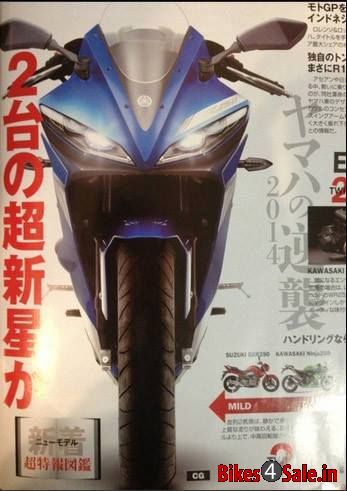 Earlier, Mr. Hiroyuki Suzuki, Managing Director at Yamaha Motor India, confirmed that Yamaha would be launching a 250cc motorcycle in India in 2014. So we can conclude that the YZF R250 will make its debut at the Motor Show 2014 Noida. 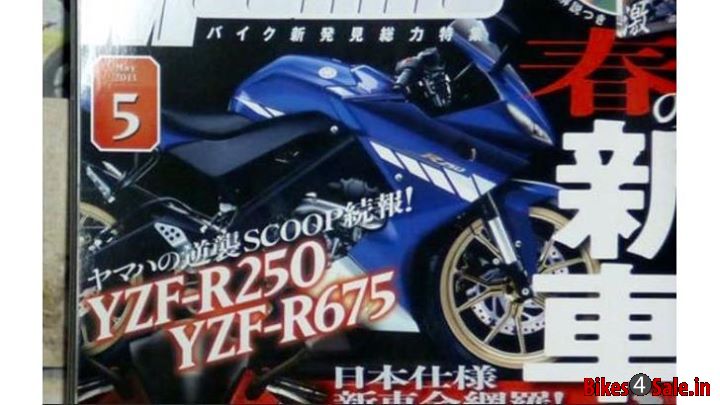 The quarter-liter machine of Yamaha might be using a DOHC power unit and will deliver a max power of 30 Hp. Once the bike touches the Indian soil, it will be taking down the current motorcycles in this class: Honda CBR 250R, KTM Duke 390, Hyosung GT250R, and Kawasaki Ninja.
Written by Jose Gonsalo Garshya.
Last updated on 23-07-2013. Published on 23-07-2013.