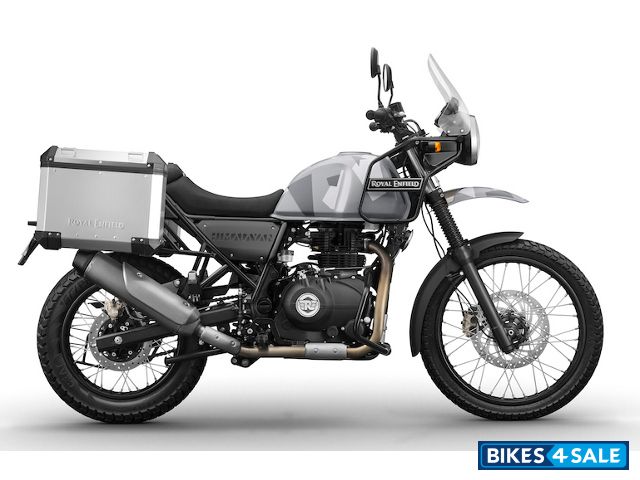 Launched in India in January 2018.

Himalayan Sleet is the limited edition model of the Royal Enfield's adventure motorcycle Himalayan. The 'Sleet' edition gets a new camouflage paint scheme, which has inspired from the mountains and valleys of the Himalayas. Moreover, this particular motorcycle is factory fitted with explorer kit which includes aluminium panniers, pannier mounting rails and aluminium handlebars specifically built for expeditions.

Interestingly, this particular model is limited to just 500 units which will be exclusively available as an online product for limited period sale. Royal Enfield also offers a two-year warranty for this exclusive motorcycle.

Book a Test Drive through Bikes4Sale and we will try to get you the best offer for Royal Enfield Himalayan Sleet. 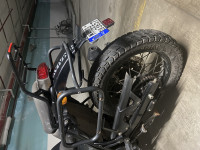 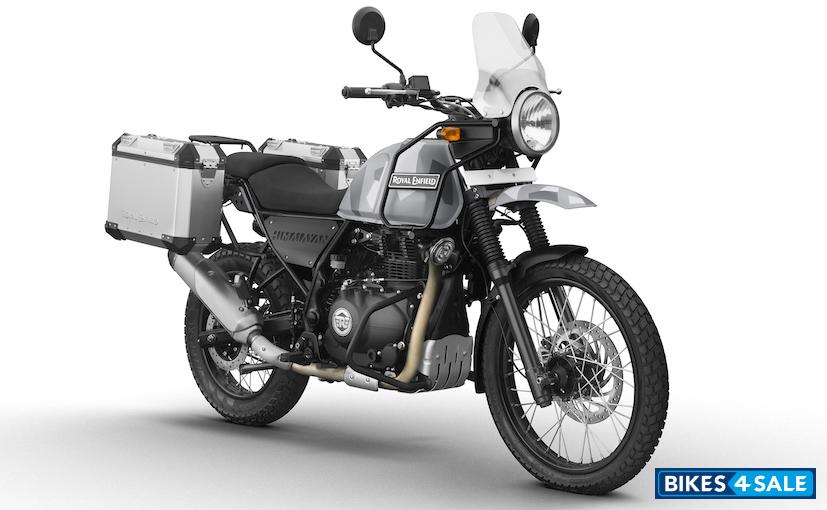 Royal Enfield is one of the oldest motorcycle companies ever survived many adversaries and still in continuous production around the world. The Himalayan was a surprise as well as a change from the regular classic motorcycle lineups from the brand. A brand new engine, a newly developed chassis and a mono shock suspension, these were the underlying elements that made the Himalayan a very popular and budget-friendly adventure bike. 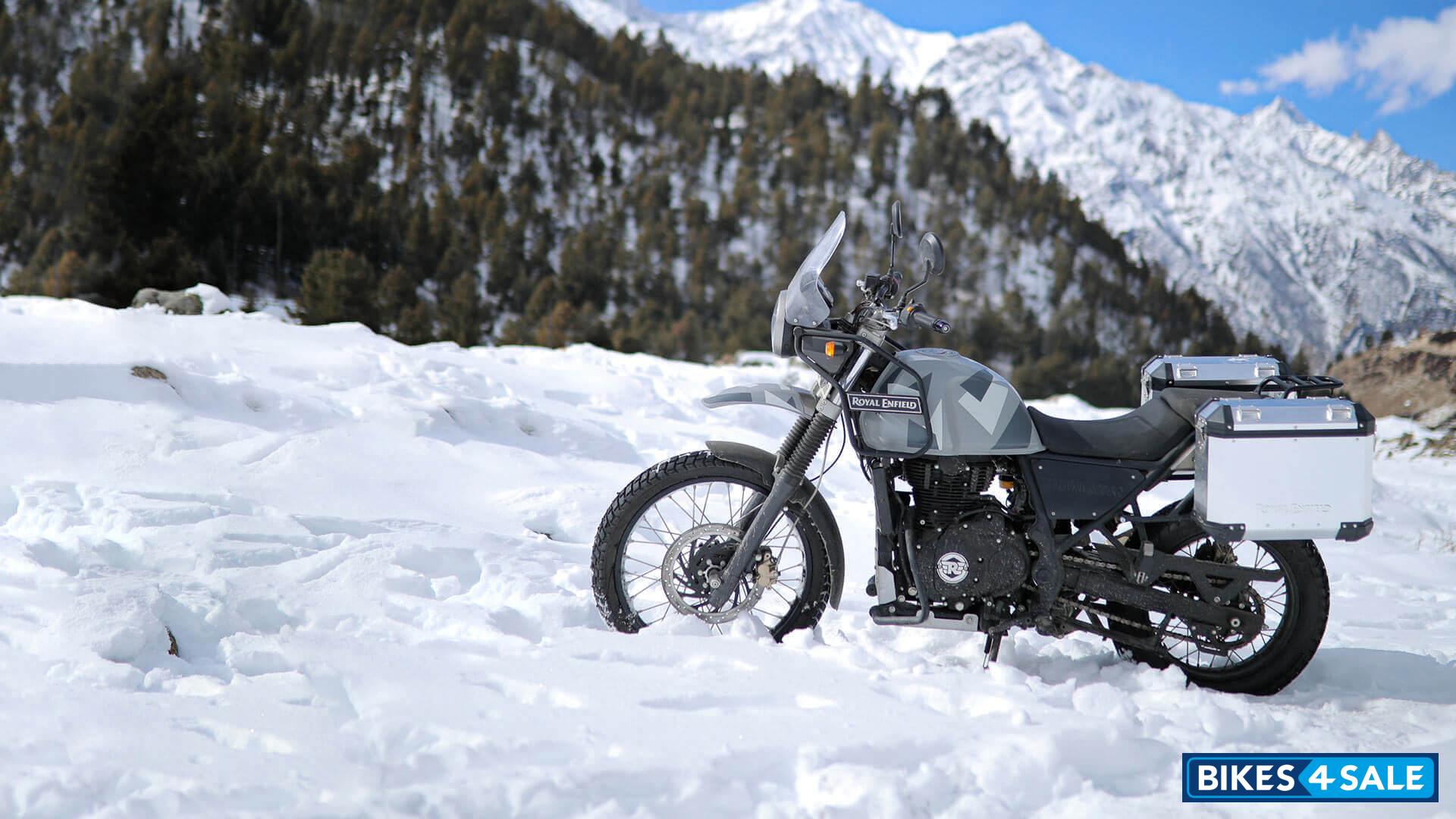 The new 'Sleet' edition comes with camouflage paint scheme and looks inspired by the mountains and ice caps of the Himalayas. Royal Enfield is giving away Sleet edition Himalayan with factory fitted explorer kits - aluminium panniers, pannier mounting rails and aluminium handlebars. The new Sleet is a new colour variation, the brand introduced to fresh up the Himalayan series. The combination of outstanding versatility and everyday travel comfort combined with a relaxed riding position on roads, no roads or off roads, the Himalayan is the only adventure bike in the segment that could take it all. 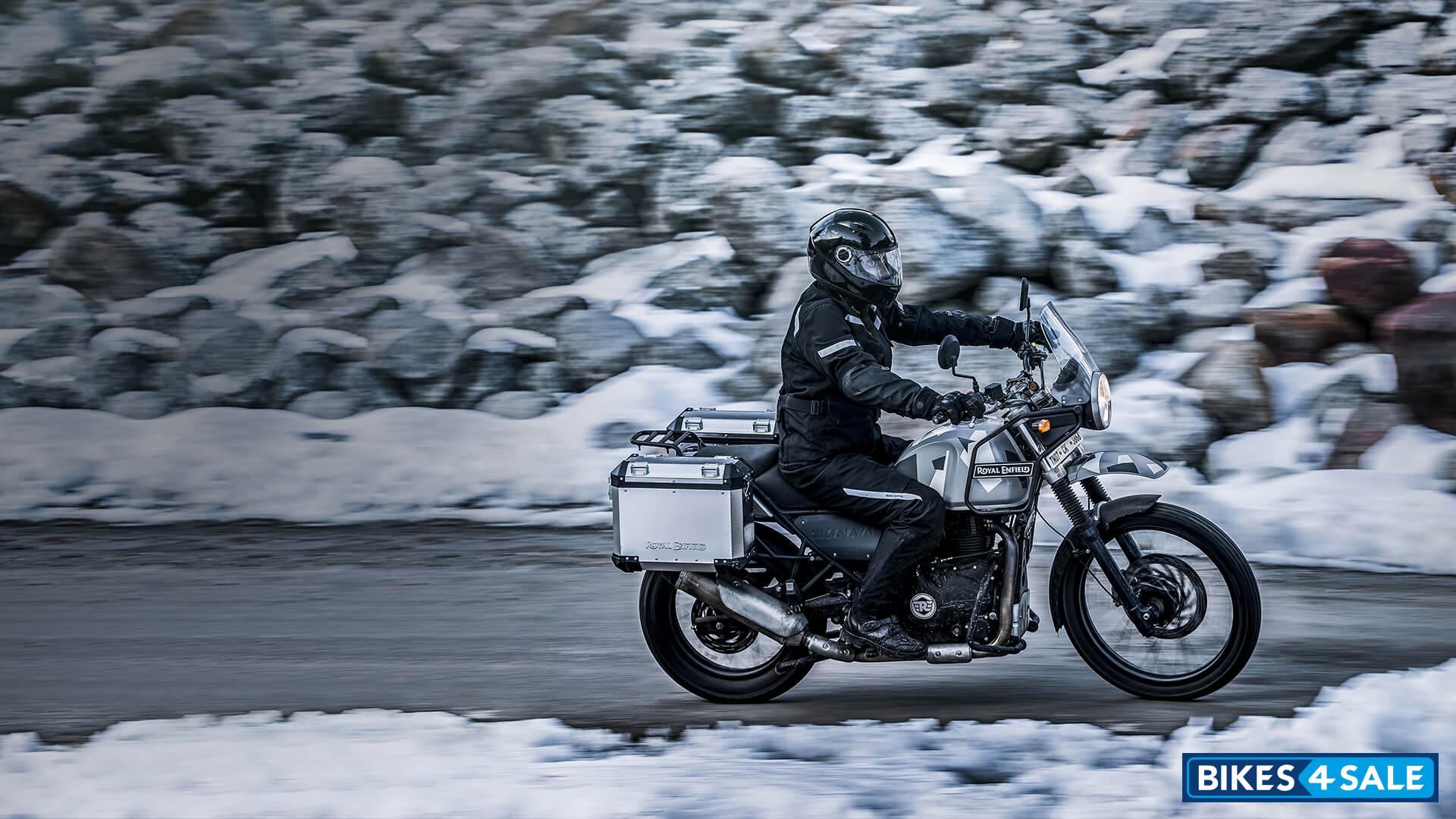 The Sleet is powered by the same 411.00 cc Single cylinder, air-cooled, 4 strokes, SOHC engine, which is exclusively designed and developed for the Himalayan. The Sleet uses Digital Electronic Ignition technology. The engine produces a maximum power of 24.5 bhp @ 6500 rpm and a maximum torque of 32 Nm @ 4250 rpm. The engine is mated to a 6-Speed gearbox.

The Sleet is a very welcoming colour scheme for the Himalayan, it clearly blends with the overall look and aesthetics of the bike. Royal Enfield has increased their build quality in the Sleet series and they are also giving away panniers and other explorer kits for riders. The Himalayan Sleet is a very promising motorcycle which is more adventure and less perfect. The purposeful design and making of the Himalayan resonate with the needs and demands of the adventure seekers and the like-minded to a keep exploring the unexplored and reach for the unknown.
User Reviews of Himalayan Sleet. Write Your Review
I own a himalayan. In 10 months I faced 100s of problems in this bike .Please don't buy this shit..
Its a great design from UK but cheap parts and poor engineering.
By Deepak Chauhan on 14-01-2018
I really love this bike but due to some reasons it's just a dream
By Akshay on 13-01-2018