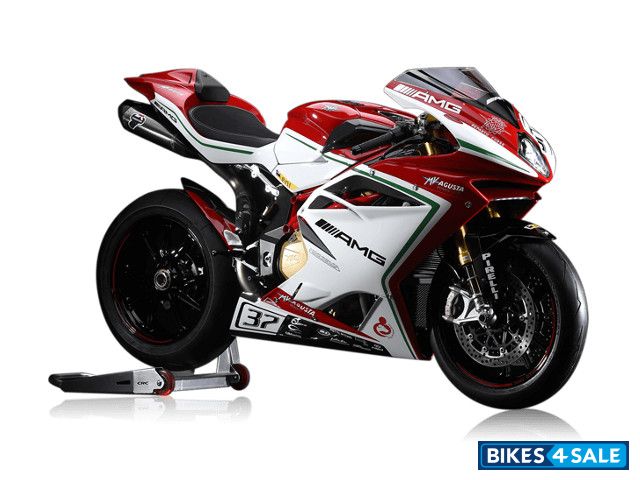 Well RC reminds us of a fighter Jet which appears and disappears in the sky within a split second of time. The super power circuit sport motorcycle is awaiting its official launch to the customers. Although company has claimed that only 250 units of the customer version of the all new and improved MV Agusta F4 RC will be manufactured. Being the most powerful machine among the company's motorcycle series, the F4 RC is one phenomenal make over which could be a change over to bike riding enthusiasts. Equipped with a 998cc, 4 Cylinder, 4 Stroke, 16 valve, DOHC, Radial Valve engine same as that of the RR version of the F4 has shown an increase in power and torque rates. A whopping overall power of 212 Bhp at the rate of 13400 rpm and a 118 Nm of torque at around 9200 rpm is gained by the new circuit motorcycle. Balance and stability of the motorcycle is maintained with an assistance from a front and rear Ohlins EC Nix hydraulic “UPSIDE DOWN” front forks with TiN superficial treatment, Completely adjustable electronically controlled compression and rebound damping with manual, spring preload and Progressive, single shock absorber Öhlins TTX, Fully adjustable hydraulic electronically controlled compression and rebound damping with manual, spring preload suspension systems respectively. Braking system of the massive motorcycle is installed with a front 320 mm Double floating disc with steel braking disc and aluminium flange, 30mm Brembo GP radial-type and a rear 210mm Single steel disc with 25.4mm Nissin 4 piston caliper with Rear wheel Lift-up Mitigation brake callipers for extra caution while at risk or just before collision. Transmission system of the motorcycle is installed with a Cassette style, 6-speed, constant mesh with Wet, multi-disc with back torque limiting device and Brembo radial pump/lever assembly system. Rave rates of the engine with the integrated transmission system and easy gear shifting pattern enables the rider to gain a maximum speed limit of 298 kmph easily. Heating of the engine is reduced with a Cooling separated liquid and oil radiators.

Book a Test Drive through Bikes4Sale and we will try to get you the best offer for MV Agusta F4 RC. 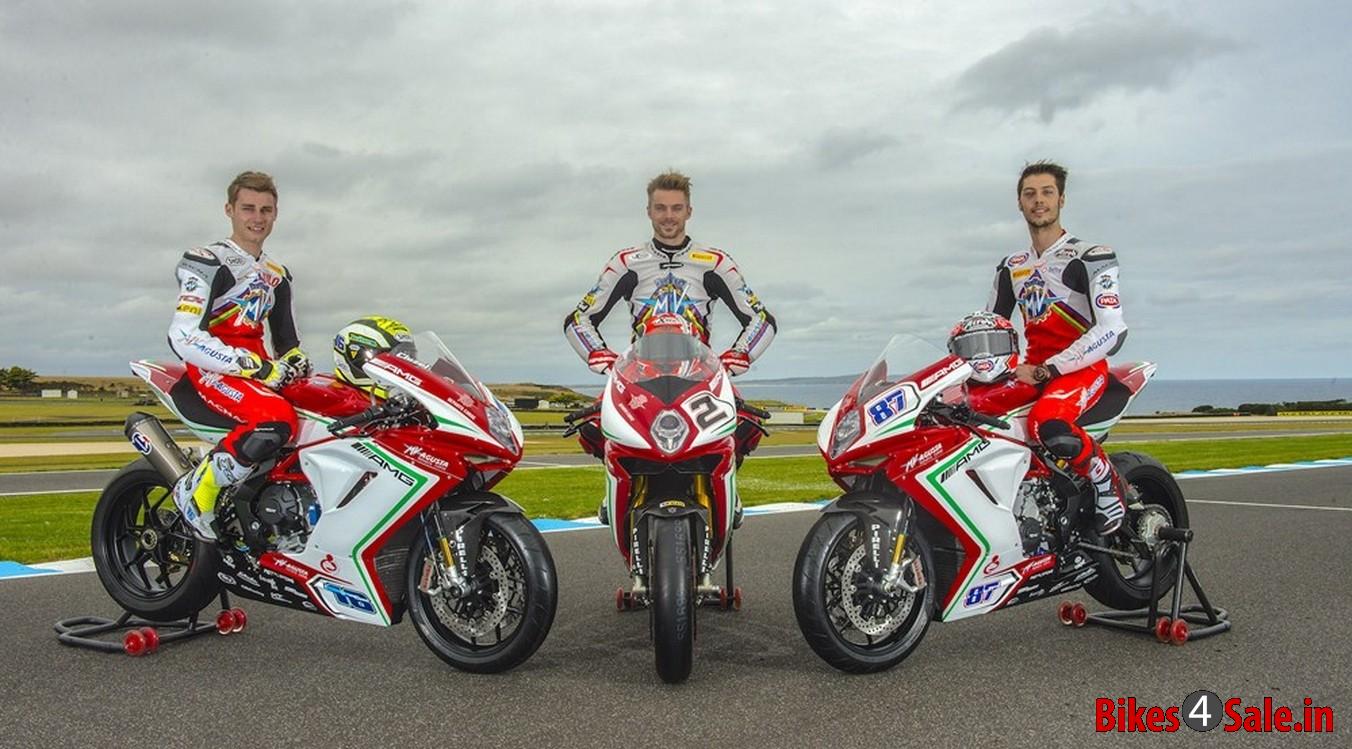 The F4 RC is one of the most track oriented superbikes ever produced around the world. MV Augusta has achieved brilliance by building the F4 RC and the result is a ferocious motorcycle that continues the evolution of sheer power and ultimate engine power and refinement. This superbike has the versatility to rule both the road and the track with it’s direct connection to WSBK championship racing. 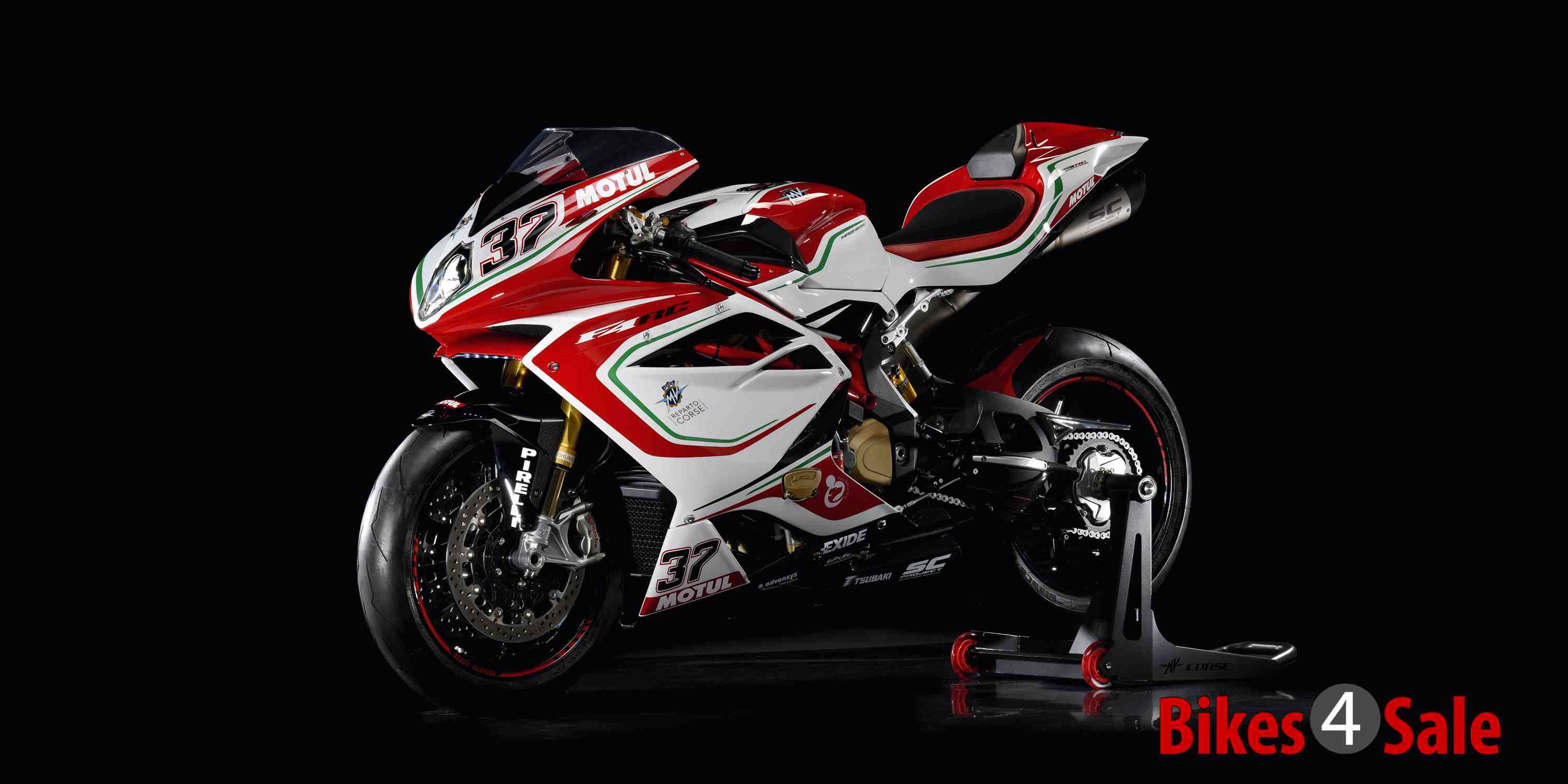 MV Augusta has given an instantly recognizable stunning red and white graphics base with the number "37" embellished on the fairing reminded of the constructors World titles won by MV Agusta. Limited by 250 pieces that make up the total production of the new F4 RC is a power-packed motorcycle with a very valuable racing kit. MV Augusta has given SC Project Titanium exhaust pipe system with mapped ECU to make this superbike a thrilling experience to ride with more power and a very good exhaust note.

The performance of the F4 RC is equivalent to 205 hp maximum power in road configuration. But with the racing kit, the performance increases to 212 hp (158 kW) at 13600 rpm. The F4 RC has a maximum speed of 302 km/h (187.65 mph). The suspension duties are performed with Öhlins USD front fork, NIX 30 type with TIN coating on inner tubes while the rear suspension duties are done with Öhlins progressive, TTX36 twin tube rear shock absorber with piggyback reservoir. 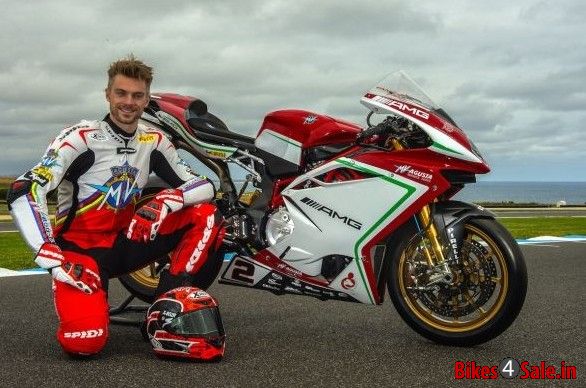 The braking of this MV Augusta is done with Double floating disc with Ø 320 mm while the rear contains a Single steel disc with Ø 210 mm. MV Augusta has integrated Bosch 9 Plus ABS system with Race Mode and RLM into the brakes to have proper control of the bike while riding at higher speeds. The dry weight of the F4 RC is just 183 kg 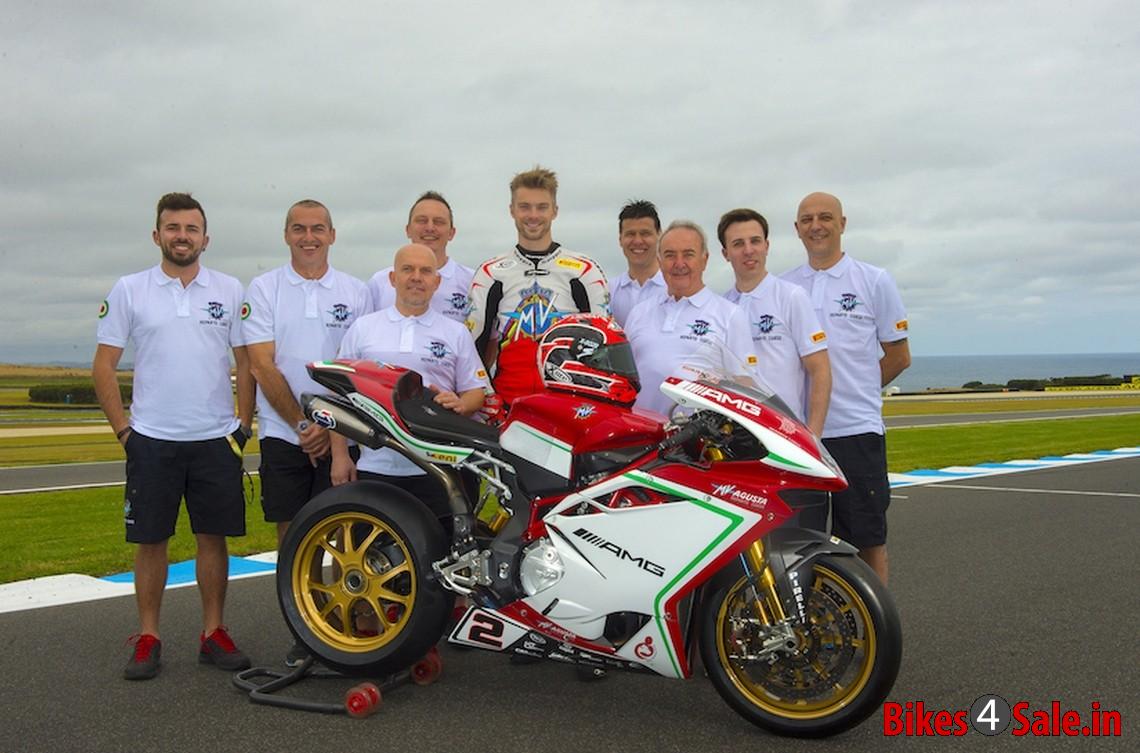