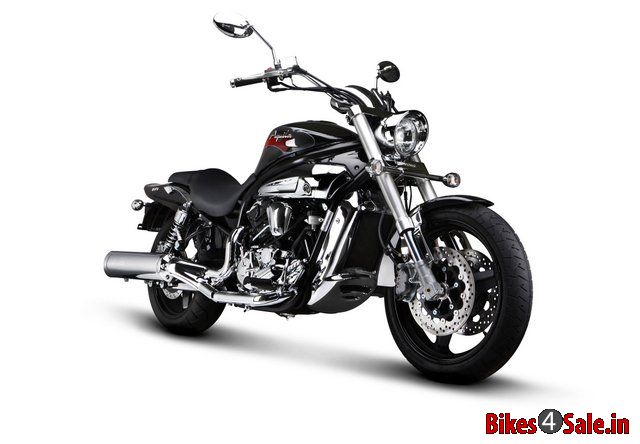 Precisely the most impressive cruiser in the segment. Unbelievably, the most powerful machine in its class. The 2013 Hyosung GV650 Aquila Pro is exclusively born to cruise and to be cruised. Bolted with magnificent performance, exceptional handling and stunning modern sport-styling, the bi-wheeler becomes a miraculous experience to motor-maniacs. It's the pure exoneration of a cruiser for being a cruiser-only. This machine binds up both comfortable cruising and powerful biking making it to be almost entangled as a sportsbike.

Remarkable reconnaissance is a must for premium two wheelers. Hyosung has crafted things to be spotted in to the next level of appearance. Being low and longingly stretched, the GV650 Aquila Pro tunes to be a cruiser. Mated with a chrome finished exhaust that is joined from two ends figures out a monster ambiance to it. Finished with black everywhere on the engine and on the wheels, the machine pretends to be a sportsbike. Its 3 spoke alloy wheel at both ends and a dual hydraulic disc brake at front and a single hydraulic disc brake at rear sum up the motorcycle to be a more cruiser. And the LED tail lamp adds beauty to it.

Being pumped up by a 647 cc, 4 Stroke, DOHC, 4 Valve, V-Twin 90 degree, Water cooled engine, the motorcycle produces a maximum power of 74 bhp @ 9000 rpm and enormous torque of 62.1 Nm @ 7500 rpm. Having synced with a 5 Speed constant mesh transmission, Hyosung discloses more possibilities for city driving. To make the journey a bit more comfortable and effortless, telescopic front suspension and hydraulic rear shock absorber will be assisting. Though the machine seems bulky, it owns only 240 kg which makes it much maneuverable.

Hyosung has stopped the production of its motorcycle GV650 Aquila Pro and hence the given price is not relevant. If you want to check the price of second hand GV650 Aquila Pro, try our Bike Valuation Tool. 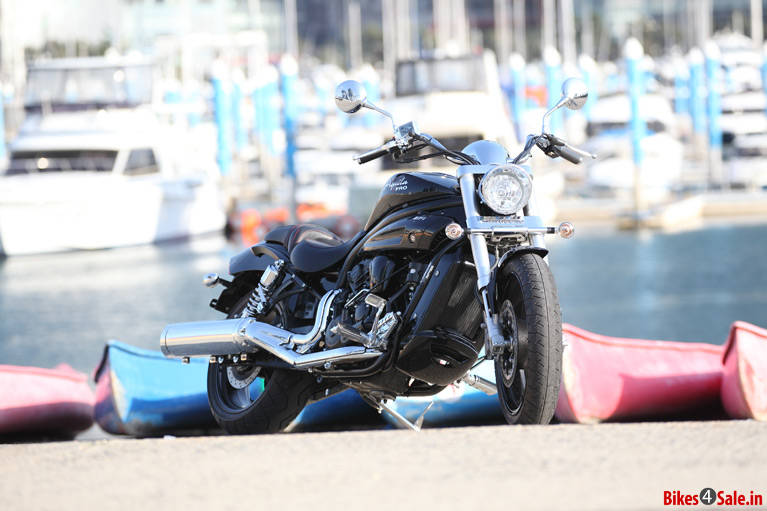 The GV 650 Aquila Pro is a powerful, stylish 650cc motorcycle in the cruiser segment. The GV 650 has very aggressive looks and style, that will make a very distinct and bold statement on roads and highways. 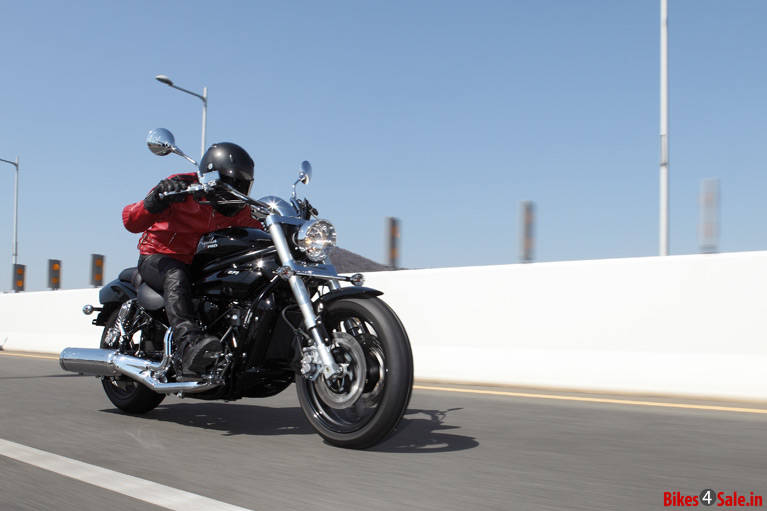 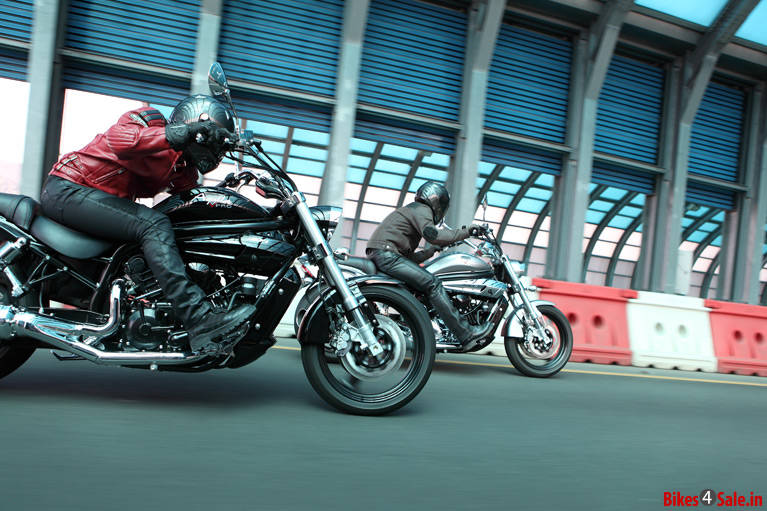 Test drive reports, reviews and news
User Reviews of GV650 Aquila Pro. Write Your Review
Soul of cruizer ride on sport
amazin bike pickup is very high
power is good top speed 230 this bike combo sport cruizer
By Sanjay on 05-10-2015
Fantastic Bike! Great Styling, comfortable seating, Good Mileage and very strong and Sturdy build quality. Real Value for money.
By Rajesh on 19-07-2015
looks stylishhhhhhhhhhhhhhhhhhhhh
By Gugan on 15-07-2014
Its a 8 valve unit not 4 valve. Its a bike for life time .
By Alok Singh on 10-06-2014
i like very much hyoungsun bikes
By G Girish on 17-05-2013
its really amazing bike i like it
By U Vijay Kumar on 17-05-2013
If only there was a option of "Matte Black" the choice of colour would have been hands down.
By Tom on 20-04-2013