Drag races - The thrills and dangers associated with the sport

Drag races-the thrills and dangers associated with the sport

Drag racing is the most popular form of motor sport racing that gained prominence in developed countries especially in United States after the Second World War. The basic tenet behind drag racing is that shortest distance needs to be covered in again the shortest amount of time.

This shortest distance implies usually one quarter of a mile. In a drag racing vehicles compete to come first to cross the finish line. Drag racing begins with a stationary start where the vehicles stand in a straight line. As the signal goes, all the vehicle pull the throttle to the maximum and the acceleration is the keyword to finish first in the race. These races last between 4.5 seconds to maximum 15 seconds. The thrill lies there and it breathes danger too. Legalized drag racing takes place on the drag strips. The losing racer in drag racing is eliminated while the winner continues until only one remains. In United States drag races are chiefly organized by National Hot Rod Association (NHRA).

However, as we see, today it is turning out to be one of the most dangerous hobbies that had gotten popularized with the young adults who do not take it as an art and science, but abuse it so it becomes a threat to their lives.

It is for the dangers associated with the sport that many countries have banned drag racing. In India the sport has been picked up lately, especially in the metros including Delhi, Chennai, Mumbai, Bangalore and Hyderabad.

The danger of drag racing lies with the inexperience of the drivers, and if they race on the streets whatever be the time. To minimize the dangerous effects of drag racing it is essential to take off drag racing from the streets to strips; still better if there are dedicated strips for this sport.

Here are some tips to drag racers

- It is important that drag racers should never leave the starting line very soon as it will lead to disqualification. Consistent reaction time is very much needed to be a drag race winner. So practicing on starts is very important.
- Drag racers should be cautious not to cross into opponent's lane at any given point of time.
- It is important to know how to shift gears to achieve maximum advantage in a drag race.
- Next, drag racers require using smooth soft tires so that the grip on the road is at its best.
- Again, use of specialized fuels containing high octane could actually enhance performance of a drag racer.
- Additionally, it is necessary that the drag racers do a burnout exercise for their respective vehicles so the tires generate heat required.
- Do not conduct a drag race when there are other vehicles in road.
- The most important thing is to wear all kinds of protective gears while venturing out for this dangerous game. Safe Riding... 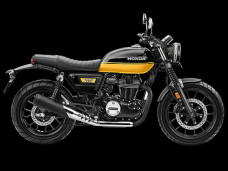