Drunken driving - No No

* A bike rider was killed on spot after he lost control over his bike. The teenager was found to be drunk and was returning with a pillion after alcohol partying. The pillion sustained severe head injuries.......Bangalore.

* New Year partying has ended life of a young techie in the state capital yesterday. The techie rammed his bike into a bus and it was found that he was heavily drunk. He was survived by wife and 2-year-old daughter.........Hyderabad

* A drunken moped rider hit the median after losing control on his vehicle. He fell off the vehicle. He was declared brought dead. The man who is 22 years of age works at a factory in Chennai suburbs. He is survived by parents and 2 sisters. The family had come from Bihar to the city 5 years back. 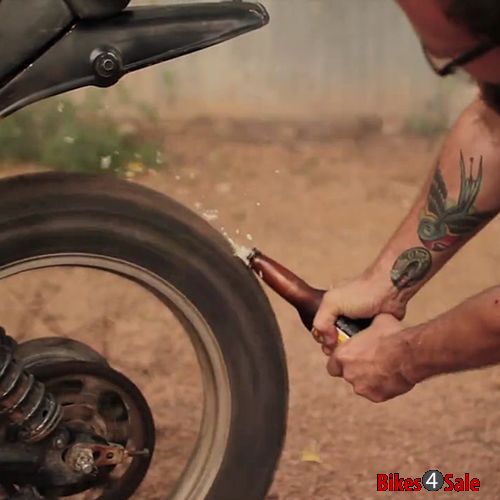 We see such news on almost everyday basis, and all point to one thing; the riders involved in such accidents are drunk. Do you want more reason to believe that there is a high risk associated with drunken driving?

You are a confident bike rider; you've been riding it for sometime now; good for you, so what if I take a couple of vodka pints and go on midnight ride? If this be your attitude on road and if this is how you take your bike, you are not only wrong but also an unlawful and irresponsible rider. Because, alcohol impairs your sense of judgment and your ability to have control on bike! So, if you are taking alcohol and riding you are harming either you or someone else on the road.

In general, a rider will have some tasks; he will have to cruise through the roads overtaking the slow riders legally from right, riding with lane discipline, harmonizing the traffic on road. So, for all these presence of mind is of utmost important. There will be instances when the reflexes will have to be shorter than a second. Can a rider have sharp reflexes when he is under the influence of alcohol? Absolutely NO!

How does blood alcohol level (BAL) affect a person in general?

Following are the effects of BAL in an ascending order:
0.02% - mellowed feeling, slight increase in body temperature and the person is less inhibited
0.05% - decreased alertness, self focus, and coordination; the person appears relaxed and impairment sets in
0.08% - this is the drunk driving blood alcohol limit. There is a definite impairment with respect to coordination and judgment
0.10% - this is the level where a person's behavior could become noisy as well as embarrassing; possible mood swings and reduced reaction time
0.15% - balance and movement, both get impaired
0.30% - person may not be consciousness
0.40% - majority of people out of consciousness and a few may even die
0.50% - breathing might stop killing many

A rider who is under the influence of alcohol will not:
- Be alert to perceive close dangers and so cannot react to them swiftly
- Have clear vision
- Have his range of vision narrowed; so he cannot have an account of events going on in the larger range of the road
- Have the sense to judge distance between two moving vehicles and takes wrong calculated moves and reactions
- Not be capable to differentiate the traffic signal colors of red, amber and green and he can pose a danger to other traffic on road
- Have ability to ride a bike during night
- Be quick enough to recover from traffic lights glare.

According to the117 clause of the Motor Vehicles Act 1989, driving by a person under influence of alcohol or drugs shall be punishable for the first offense with imprisonment for a term which may extend to six months and/or fine up to two thousand rupees. For offense committed again or say same offense committed within three years' time, there could be imprisonment and/or penalty of up to three thousand rupees.


Some recommendations to drivers to avoid involving in drunken driving accidents:
- Never drive a vehicle if you have to attend a party; instead take a lift or hire a cab
- Avoid taking pit stops at liquor shops or bars
- Remember that police adhere to enforcing Motor Vehicles Act regarding drunken driving; so never take chances.

- Be harsh with those riders who are involved in drunken driving accidents.