The newest addition to the Ducati Scrambler series is now in India and it’s called the Scrambler Enduro. Ducati previously confirmed a world premiere at the 73rd Worldwide Motorcycle Exhibition 2015 (EICMA) in Italy, starting on 16 November. Ahead of the show, Ducati released a teaser video giving a glimpse of the motorcycles to be shown at the event. We've seen Ducati bring the Scrambler to India and now the company has also launched the Scrambler Urban Enduro and its priced at ₹7.90 Lakhs as per sources.

The Ducati Scrambler Enduro is capable of taking the road less travelled by and this is what makes it an ideal companion both on and off-road. It's not a hard core off-roader but it can deal with different terrains. The bike’s green paint scheme along with ribbed seats, front fork protectors, high front mudguard and the headlamp grille differentiates it from its siblings. 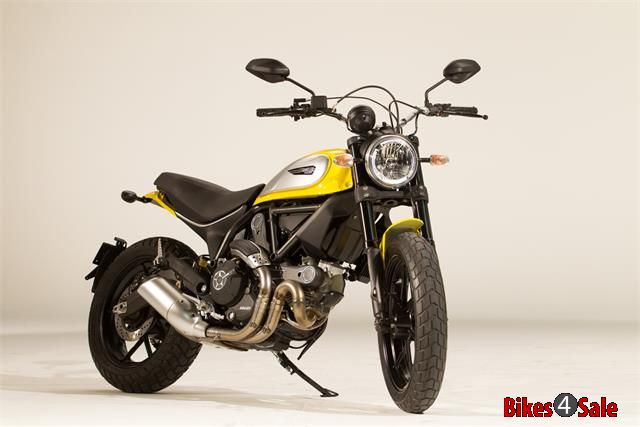 The Scrambler Enduro is characterised by its wild green colour theme and comes equipped with a round headlight with an LED ring. The front mud guard is higher than that on the Scramber and this gives it its distinct look. It's also got fork protectors, a tear drop-shaped steel fuel tank and a ribbed seat. Since the Scrambler is based on a twin-spare steel trellis construction, the Enduro sees the same construction and this helps in saving a lot of weight. It gets a Kayaba inverted telescopic forks at the front and offset monoshock suspension at the rear. 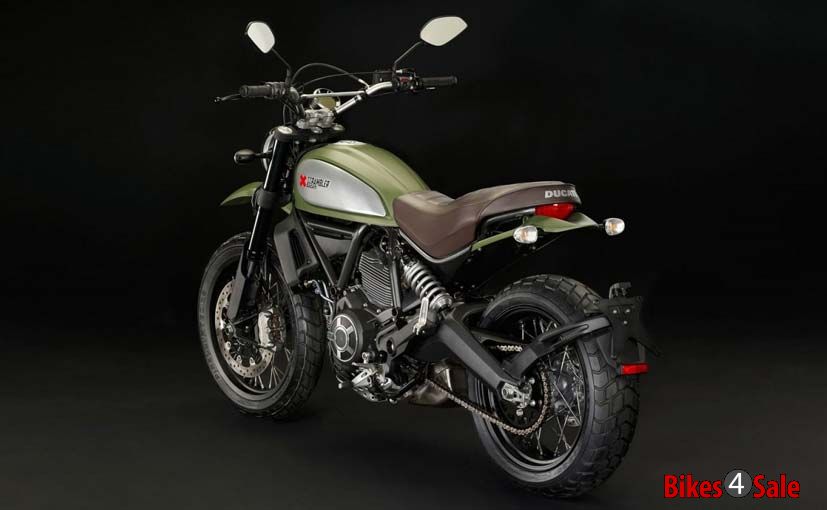 Ducati has used an 803cc, air-cooled L-twin cylinder engine that churns out 73.8hp of power along with a six-speed manual gearbox. The 6-speed gearbox helps in providing power at will. Fuel is delivered with the help of 50mm throttle bodies and fuel injection. The new cam timing technology used in the engine gives more bottom-end torque and less high-end power. Ducati has also given Pirelli dual sport tyres to the Scrambler Enduro and the bike also comes with ABS. 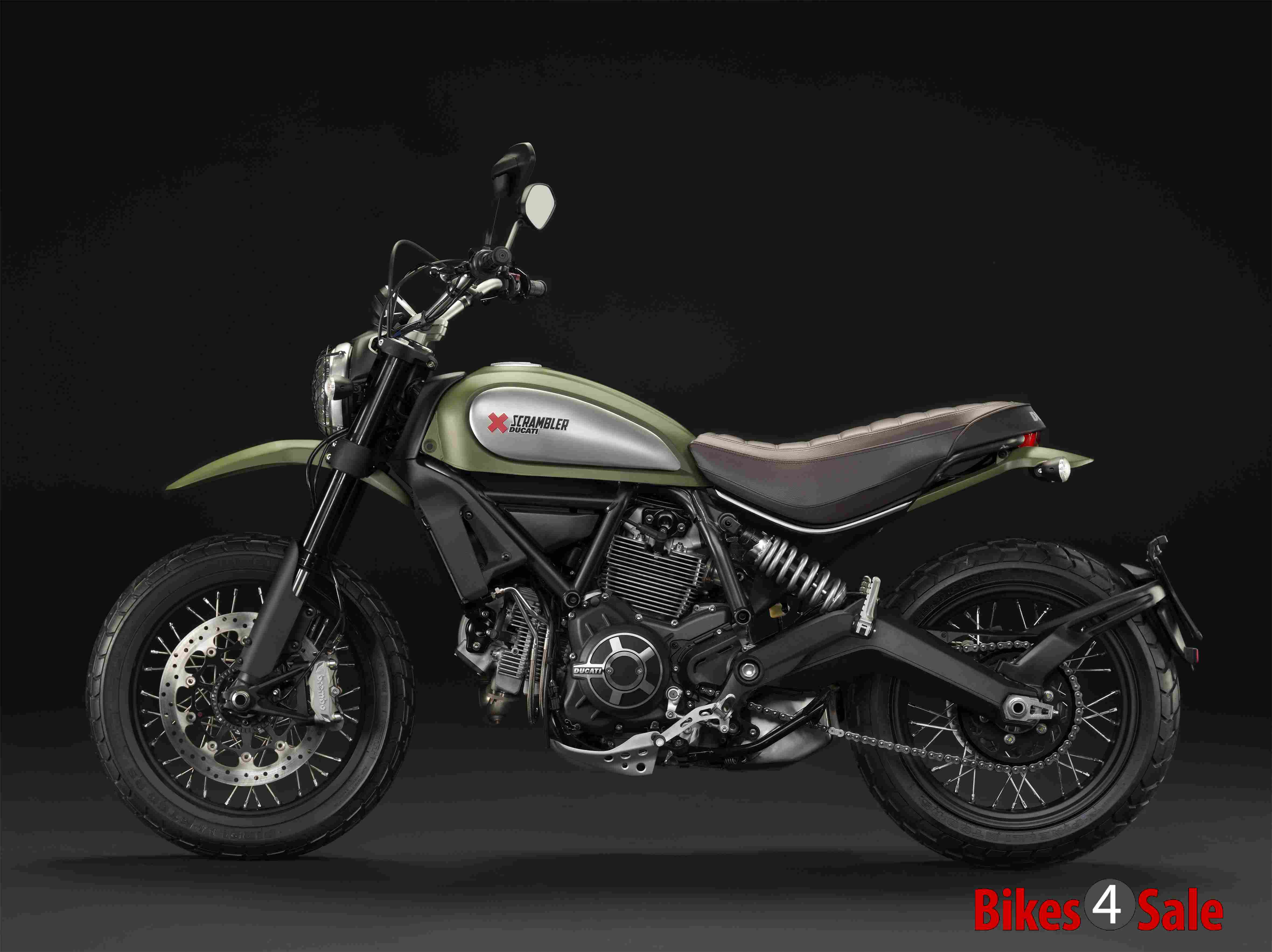 Similar to the recently-unveiled TVS-BMW G 310 R, with the Scrambler 400cc, Ducati will be eyeing increased sales in emerging markets like India. At the price point mentioned above, the new Scrambler will have neck-and-neck competition from the entry-level Harley-Davidson range, though both motorcycles are in different segments. There isn’t exactly a date given by the company for the official launch, but as expected it must be before the end of this year. 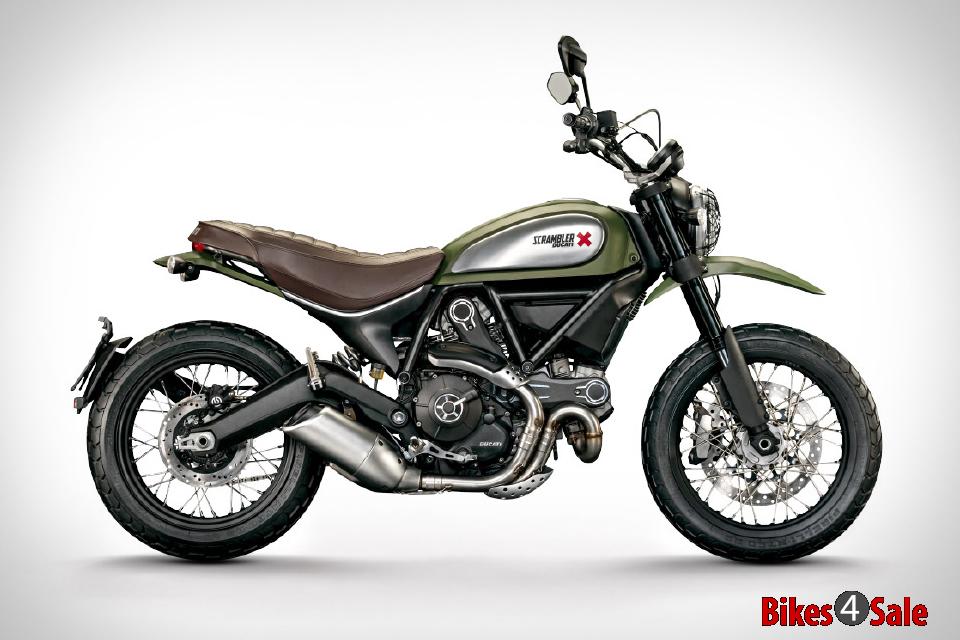