The Tigers from the Brits manufacturer’s den seem to be getting mightier to battle the road and adventure touring rivals with upgraded styling and hardware.

The Triumph Tiger Explorer is a dual-sport motorcycle that was announced by British company Triumph Motorcycles at the EICMA show in November 2011. There are currently 2 models available; Tiger Explorer and Tiger Explorer XC. Both models have the same specs, but the XC comes with a set-up that is more adept with off road riding. They are both powered by a 1,215cc straight-three engine with four valves per cylinder and a six-speed gearbox with shaft final drive. Triumph claim that the engine produces power of 135 hp and torque of 89 lb.ft. Switchable ABS, cruise control, and traction control are standard. Now Triumph is planning a host up serious updates for the 2016 Tiger Explorer, but the Brits look like they want to hit the bull’s eye this time right from get go. An ample questionnaire was reportedly sent to Explorer 1200 owners, asking them to indicate what new features should the 2016 model year sport. The test mule, which was caught testing was completely undisguised, and was wearing production type color variant instead of its normal black colored prototype, perhaps Triumph has been shooting pictures for the bike’s brochure. It even sports an 'XRT' badge, revealing its position at the top of the range of road-biased versions. The XRT is the touring model of the range and gains high-spec kit including WP’s semi-active, electronically-adjustable suspension.

One of the interesting things about the future of the Explorer is that Triumph is asking the owners what they think about a chain drive, instead of the current shaft one. The manufacturer also adds that a chain drive would make the bike around 15 kg lighter. For a strange reason, this almost looks like enticing the respondents to choose chain drive as the preferred one. Triumph reveals a list of features that could make the Tiger Explorer a bike comparable to the leaders of the segment. It's rather hard to believe that the Brits will have all of the things below packed in an uber-Explorer, but some of them will certainly make it into the standard trim; semi-active suspension, hydraulic clutch, Cornering ABS and Traction Control, cornering lights, keyless ignition system, electrically adjustable screen, full LED headlights, TFT instruments and an integrated camera to record video while riding. Other features mentioned in the Triumph survey included a GPS locator for easily tracking down a stolen bike, an immobilizer, and key less ignition. Triumph is definitely looking forward to upping their game in the big-bore adventure segment and it will be very interesting to see what the Brits will come up with next. Prices would definitely see some variation from other explorer versions. 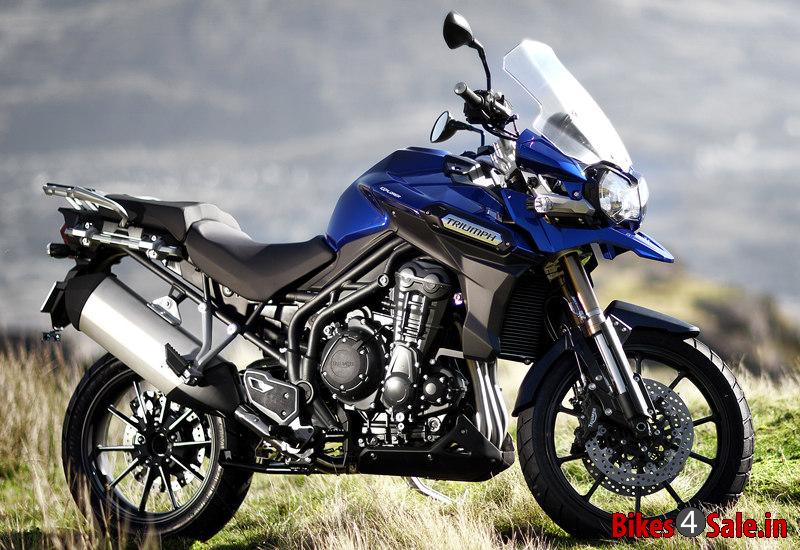