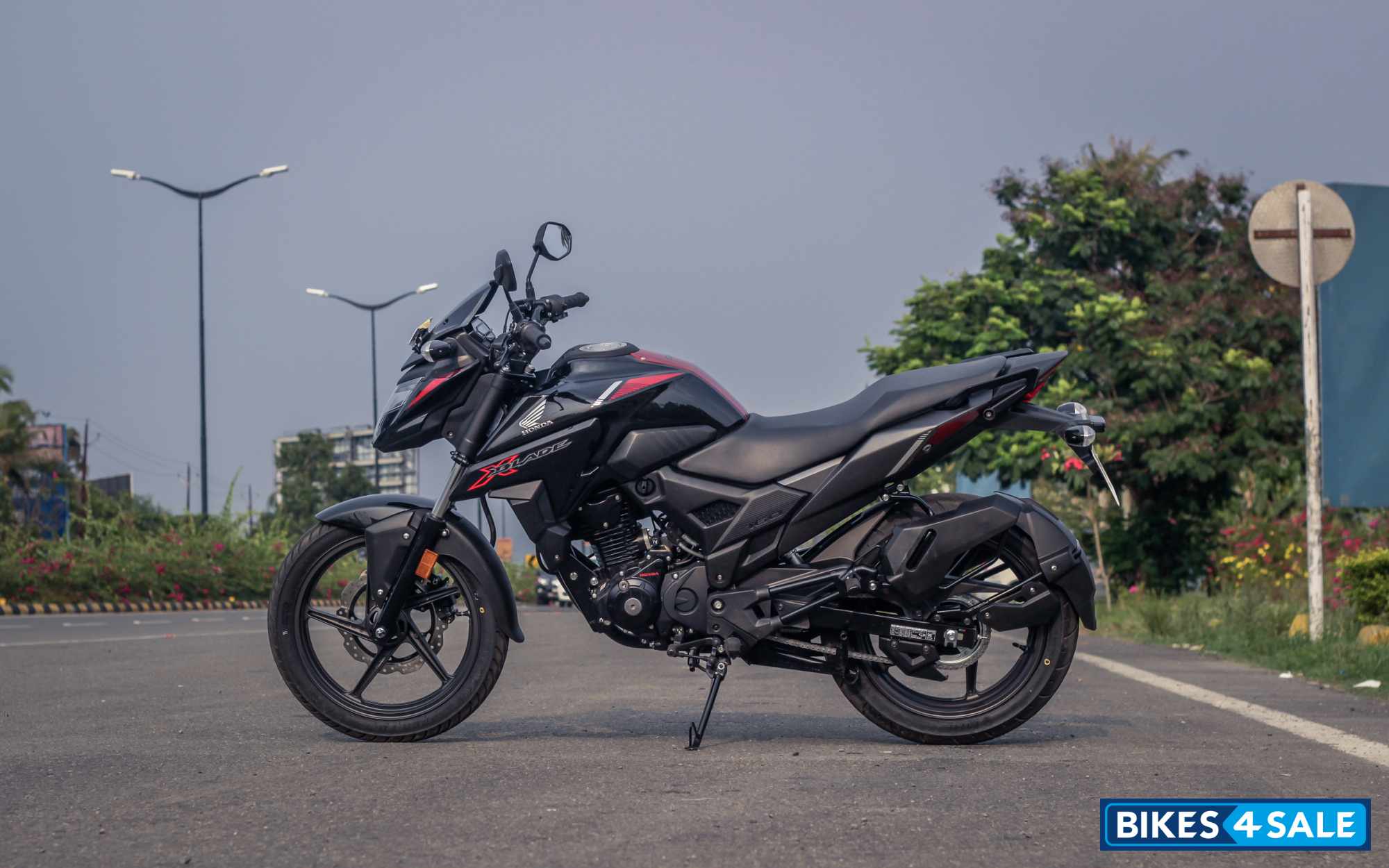 Honda's race to become the pioneers in Indian two-wheeler market is found close to be potent. Moreover, it is a favorable time for the Japanese brand as their arch-rivals 'Hero' went asleep after the 2016 Auto Expo. As we all know, Honda is one of the powerful motorcycle brands in the world who are capable enough to showcase concepts as well as to mass produce them. This time, it is XBLADE that Honda has launched in this first half of 2018. However, we had a glimpse of this new 160cc commuter in the Honda's pavilion at the 2018 Auto Expo and now we got an opportunity to put our hands on this new model. Also Read: Auto Expo 2018 Coverage

The Way It Looks


As the tagline of XBLADE says, "One Look is Enough", yes it was enough for the brand to make this motorcycle into reality. As we take this bike around the city for a test ride, all were peeping out of their helmet visors to grab a look. Truly, it's a new futuristic design that we are unfamiliar with our commuter bikes in India. Honda has imposed a Robo-faced head featuring full LED lighting for the XBLADE. 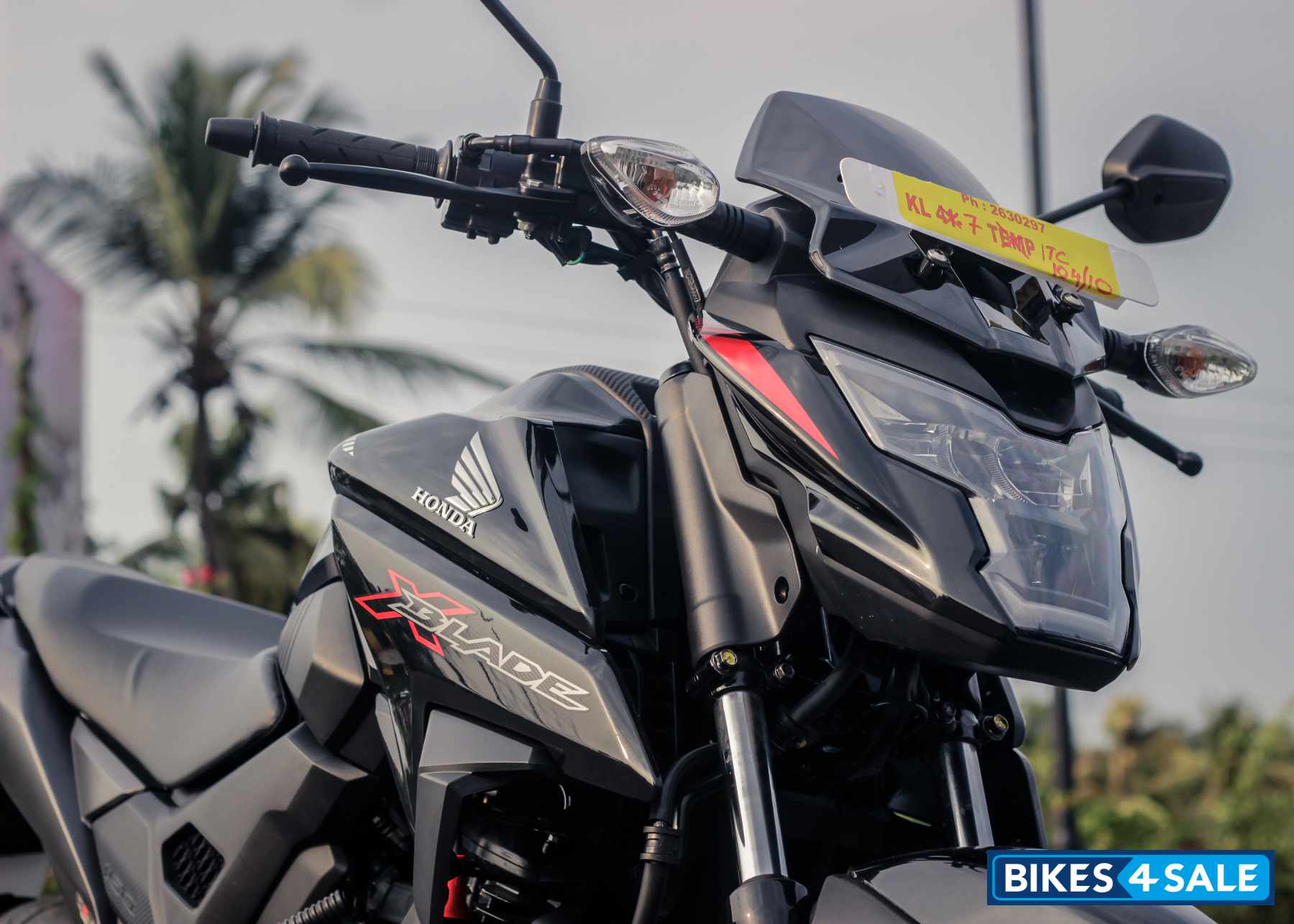 This design language has been borrowed from the Honda X-ADV and NCX750X models in the global market. In dark, the headlight resembles the nose, mouth and eyes of a robot which is quite fascinating. The mouth portion i.e., the lower section of the headlamp itself acts as the DRLs. 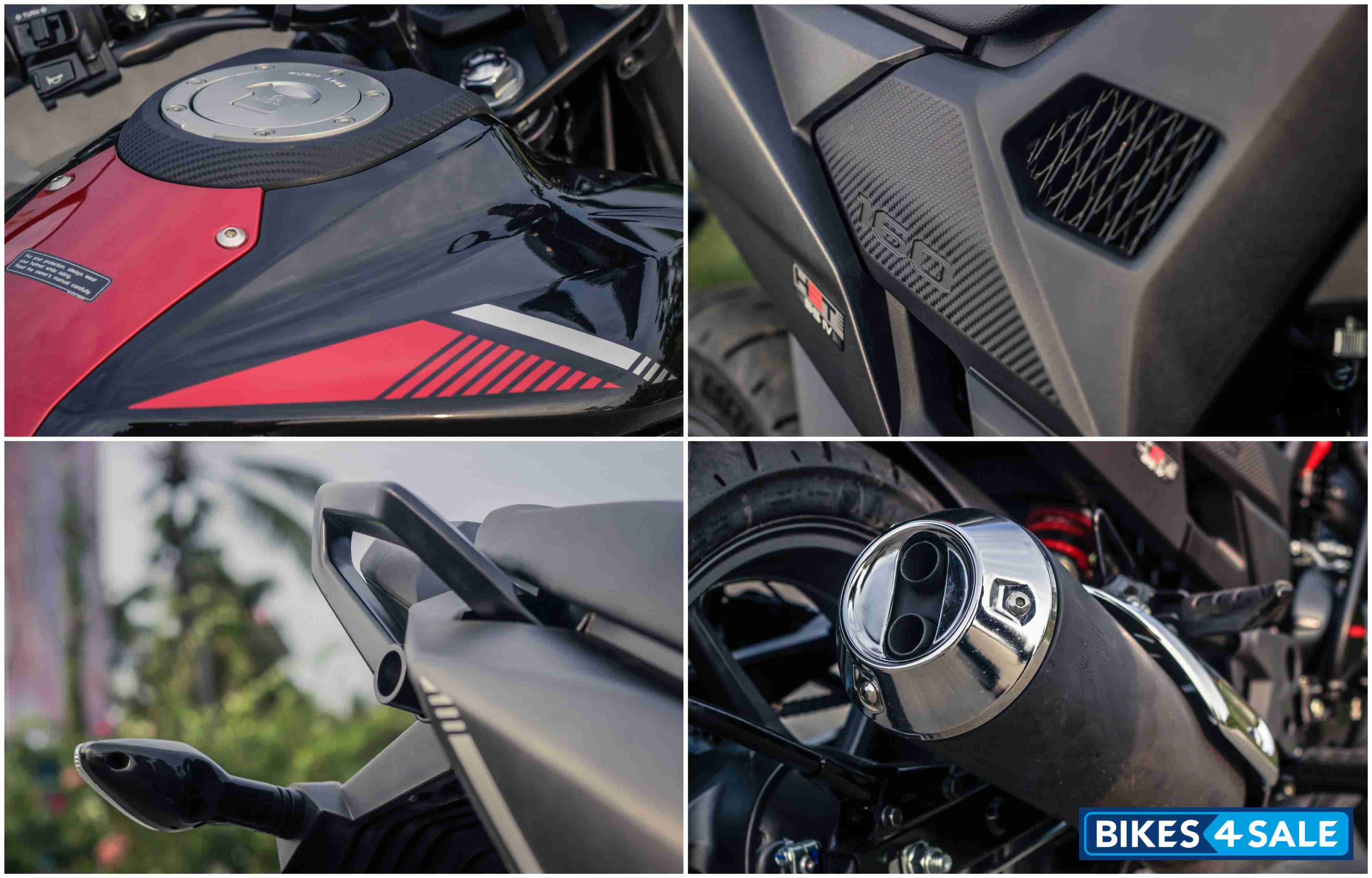 These vibrant decorations are also visible from sides. As we move from head to the main body, sculpted fuel tank adores decals and large razor-edged body panels. Interestingly, XBLADE manages to carve out this sharp features towards the tail section as well. New split grab rails gels very well with razor-edged rear end and LED tail lamp. Moving on to the colours, XBLADE is available in 5 different shades. However, the change in shades will remain on the fuel tank, front mudguard and side cheeks on the head and remaining groovy fibres and plastics are featured in grey for all the variants. Other distinctive features include dual outlet muffler, digital instrument console, long saddle and rear hugger fender. 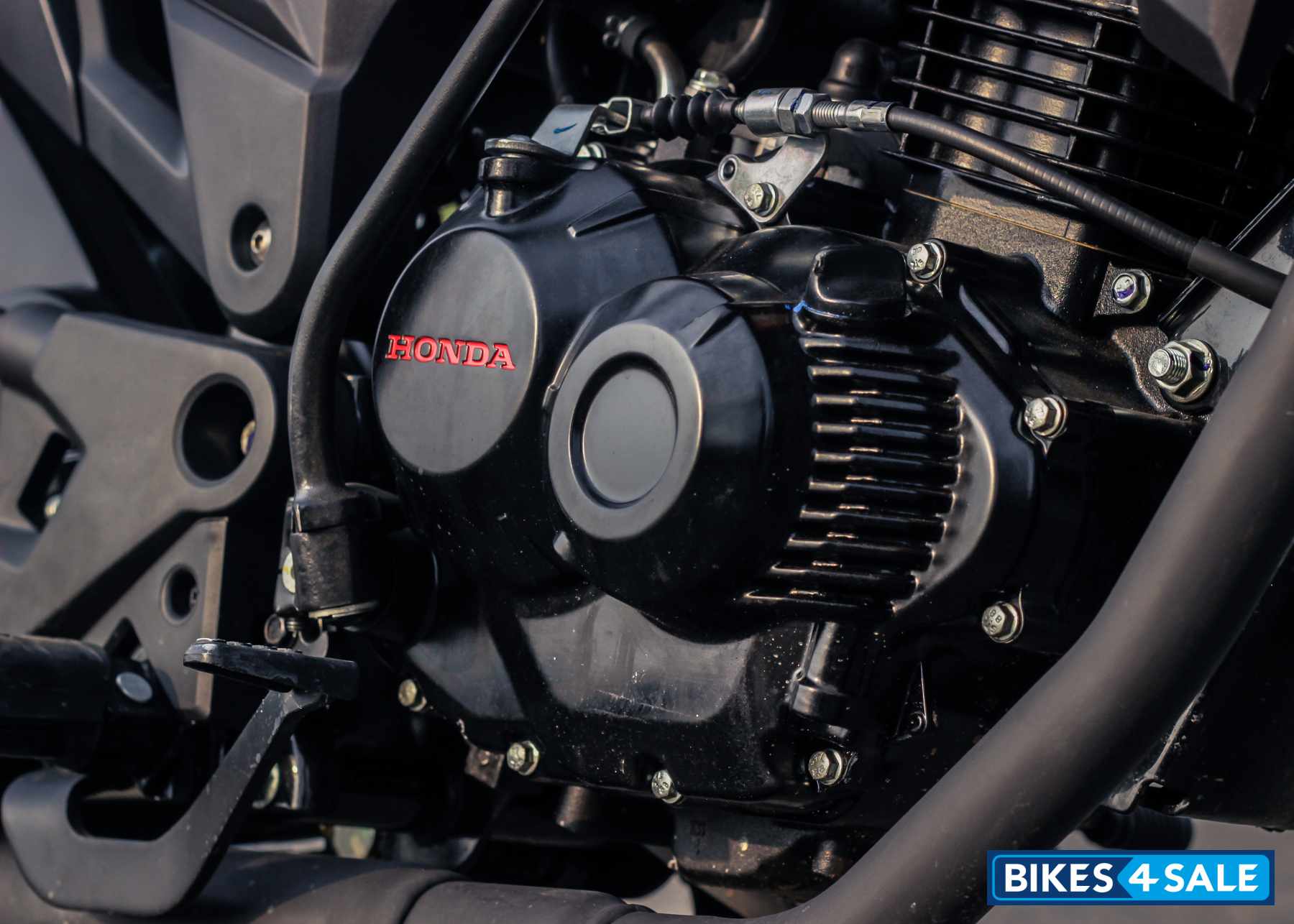 Honda XBLADE gets the same 160cc powerful engine found in the CB Unicorn 160 and CB Hornet 160R. Therefore, power and torque figures are similar. The mill delivers a maximum power of 13.9 bhp @ 8500 rpm and peak torque of 13.9 Nm @ 6000 rpm. It uses the same 5-speed gearbox to transmit the power to rear wheels. As we drove a brand new vehicle, which is yet to have a proper treatment from the mechanical side, it lacks some refinement from the throttle and transmission department. Apart from that, XBLADE behaved well in every corner, traffics and on quick straight highways. The massive feel of the bike seems to be absent when we are riding this one. I personally felt like riding a light-easy bike. Maneuverability and handling are top notches of the XBLADE.

Unfortunately, XBLADE doesn't have a rear disc brake. It features the conventional drum brakes at rear and 276 mm disc brake at the front. However, the rear disc brake is one of the demanding features in the modern day bikes considering the safety concerns and it was totally a let off from the brand. XBLADE sports similar suspension set up of the CB Hornet. As the bike weighs and rides in a very similar way, the suspension system feels neither boring nor uber-cool. However, we will definitely test the suspension and chassis of the XBLADE later in our comprehensive test review. 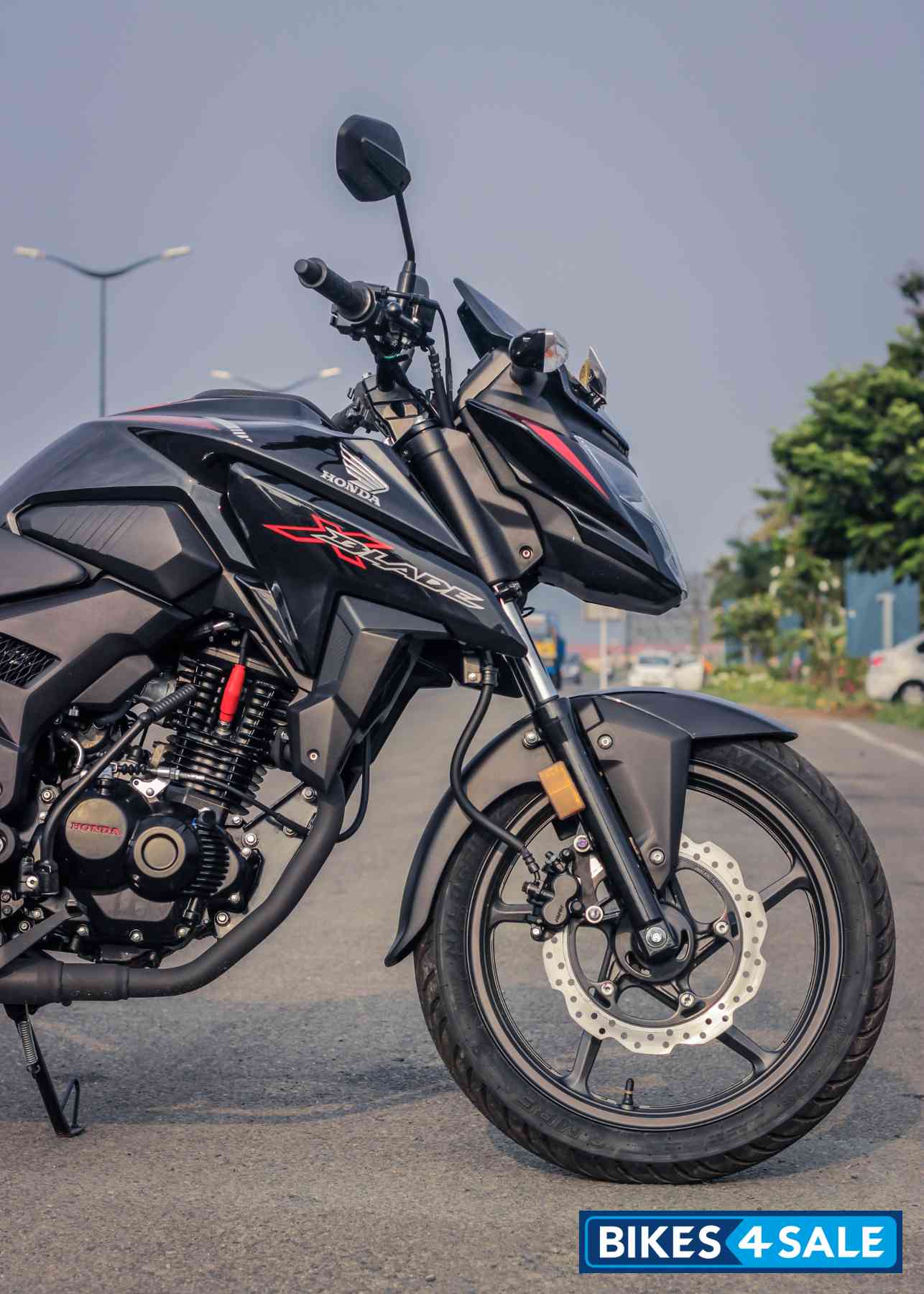 There was a period in the Indian motorcycling culture where 100cc bikes were regarded as the commuter day to day bike and all other higher capacity bikes were considered as powerful-sports bike. However, that scenario has been changed and we have a much evolved bikers in our country. The current youth and middle-aged office going citizens demand more powerful motorcycle in this segment. The success of Suzuki Gixxer, Yamaha FZ and Honda CB Hornet are clear examples of that. Therefore by introducing XBLADE, Honda has done a complete justice to this segment. They have given a gorgeous, futuristic-looking motorcycle bearing a 160cc engine, which is much affordable for a middle-class man looking for a unique ride. With a base pricing of Rs 78500 (ex-showroom New Delhi), XBLADE is expected to produce a healthy amount of market share to the brand. 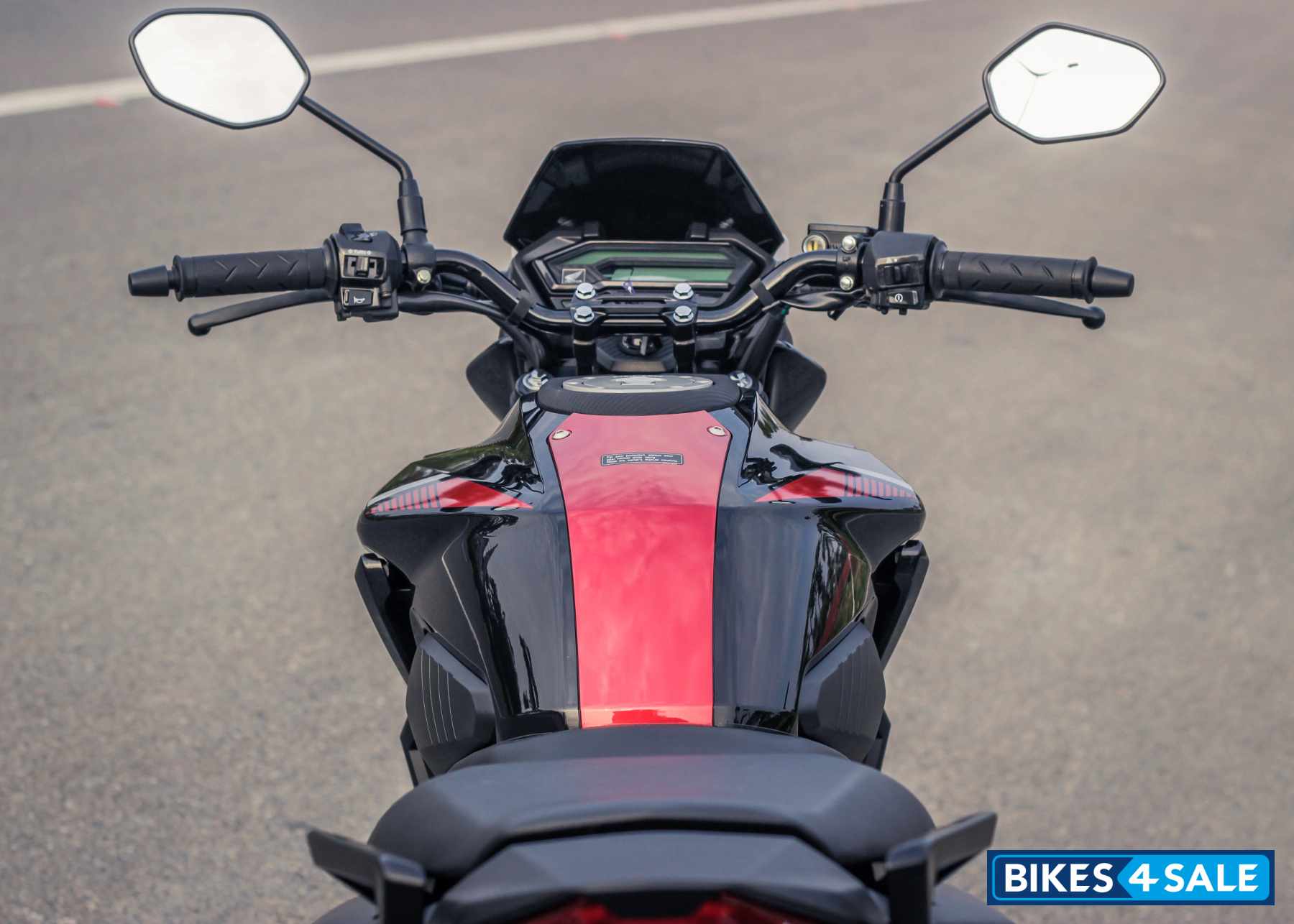