A long handle bar adjusted towards the rider, makes you feel more superior than other bikers and after all it’s a Harley.

Harley's Cross Bones is the perfect antidote to a tough week at work. It’s so comfortable, thanks to its wide, beautifully padded, hand-stitched sprung seat and rubber-topped footboards that you could almost fall asleep on it; something the whisper-quiet exhausts would unfortunately let you do, if you weren’t careful. It looks the part and the ‘Springer’ front end adds to the coolness of this Harley-Davidson. It doesn’t have as much grunt as you’d expect from such a big (1584cc) motor, but it’s happy just to plod along all day in the sunshine at 80km; it’s ideal cruising speed with an open-faced helmet. You can’t help but smile when you ride the Harley-Davidson Softail Cross Bones and it makes you feel special. All this loveliness comes at a price, though and costing close to thirteen grand, it’s certainly not cheap, especially when you consider it’s a single-seater.

Weighing an elephant-like 317.5kg, the Harley-Davidson Cross Bones simply squashes any bumps it goes over, so ride quality is actually very good. The soft suspension and sprung seat serves to make things even more comfortable on bumpy roads. But the sheer weight of the thing means that braking has to be done very early to avoid obstacles. The stronger of the two brakes is the rear. Corners need to be caressed and not attacked, and in a perfect world avoided altogether. A low seat makes the job of paddling the Harley around easier and helps the low-speed handling. This is a cruiser, pure and simple, so low-speed riding is what the Cross Bones is all about. 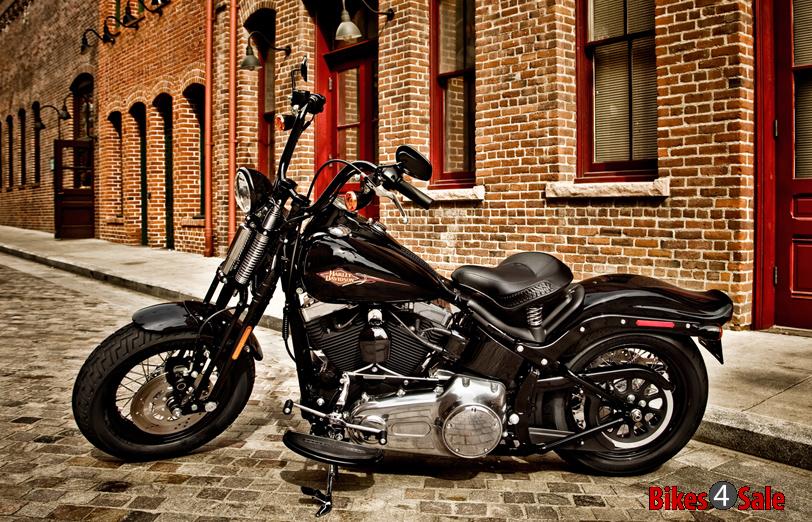 It’s a big shock to experience the motor for the first time. The big V-twin looks huge, it has a gargantuan 1584cc capacity and it’s no doubt responsible for most of the galactic all-up weight, but despite all of its massiveness, it’s whisper quiet and lacking any real get up and go. Adding some loud pipes to bring the Harley-Davidson Cross Bones alive is a must for this machine. As well as being quiet, the motor is unbelievably smooth for a Harley, although the gearbox is a clunky affair, like the gear selector inside the ‘trannie’ has been swapped with a sledge hammer. Cruising along in top gear at 80Km is what this engine does best.

Generally the Harley-Davidson Cross Bones is well screwed together and nicely finished, although build quality in some areas isn’t quite up to scratch, with niggly things like side panels and exhaust bolts coming loose and falling off, if you don’t keep your eye on them. With a big engine that’s barely stressed, reliability shouldn’t be a concern. As expressed earlier the price is a bit too high, but for those who don’t care for the costs it’s a decent motorcycle that is disguised in an outlaw outlook.
Written by Deryl Cherian.
Last updated on 27-11-2015. Published on 27-11-2015.