Its great fun to ride and it looks great on the road or in the garage. Its design is timeless and yet modern.

Seldom comes a motorcycle when it is an exemplar of unprecedented luxury and sumptuousness. Indian Motorcycles had officially revealed the 2015 Roadmaster luxury touring motorcycle in the second half of 2014, reviving the moniker which was last seen on the iconic manufacturer’s 2009 models. The Roadmaster is quite different from the rest of the vintage Indian line-up and rivals modern cruisers like the Harley-Davidson Electra Glide. The motorcycles of Indian are certainly not cheap, and not for everyone too. There are very few motorcycles in the world which come close to the opulent persona of the Indian’s motorcycles, especially the one which are positioned at the topmost end. The Roadmaster is one such motorcycle from Indian which has raised the standards of craft and attention to detail in case of motorcycles.

The Indian Roadmaster is all about size and luxury. Indian has tried hard to make this motorcycle appear as extravagant as possible, without going over the board. The motorcycle does carry a lot of retro appeal, but comes with a gazillion of contemporary features, which makes it a splendid and timeless machine on two wheels. The overall styling borrows a lot from the Chieftain which is positioned below it, but there is a suitably long list of features and cosmetic add-ons, which make this motorcycle more premium and distinctive over the Chieftain.

At the front, the Indian Roadmaster comes with a huge front fairing around the headlamp units, which not only look good and give the Roadmaster a unique identity of its own, but also work effortlessly in protecting the rider from windblasts. Within this front fairing sit the main headlamp at the center, which is then flanked with two auxiliary lamps. At the upper corners of the fairing are positioned the LED turn indicators. The center headlamp unit is surrounded by a chrome panel. At the top of the fairing sits an electronically adjustable windshield, the height of which can be adjusted just by the push of a button on the switchgear. Like in every other motorcycle from Indian barring the entry level Scout, the curvaceous front fender of the Roadmaster is ornamented by the iconic war motif which can be lightened up along with the headlamp units. 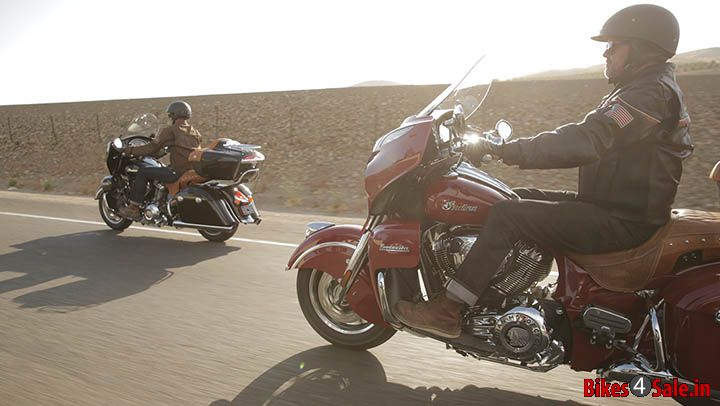 Powering the mammoth Indian Roadmaster requires an equally mammoth engine, which is why Indian motorcycle has employed its ballistic and proven Thunderstroke 111 engine on the Chief Vintage. Shared with the Chief Classic and Chief Vintage, this engine displaces 1811cc produces 138.9 Nm of torque, and comes mated to a 6-speed gearbox. The engine has bucketloads of torque down the rev range as well as in the mid range, making it an effortless highway mile muncher. The power delivery is almost linear, and you won’t feel any instantaneous surge anywhere in the entire rev range, which prevents it from being as intimidating as its size. The top end of the rev range is also meaty, thus making this bike stable and powerful even at higher speeds. 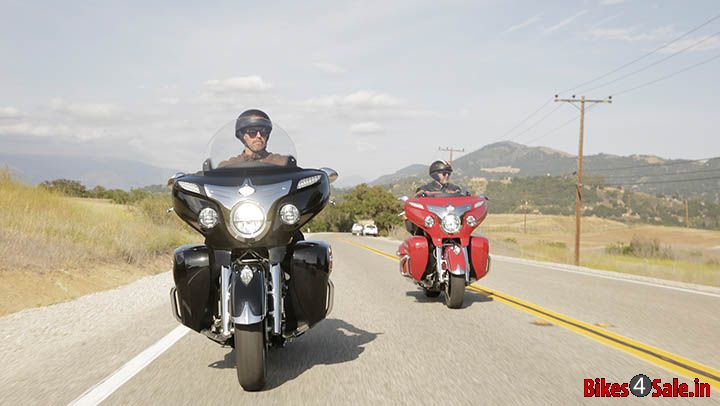 The Indian Roadmaster is equipped with the best of hardware a touring motorcycle can pack in. The bike gets 46mm inverted telescopic hydraulic forks at the front and a hidden hydraulic monoshock at the rear. This suspension system is comfortable enough to absorb all kinds of bumps and undulations, whatever the size may be. The riding posture on the Roadmaster is extremely comfortable, with the forward laid foot pegs and mildly high positioned and stretched back handlebar. The humongous kerb weight of 421 kgs though means that maneuvering this huge motorcycle is not an easy task, especially at lower speeds. 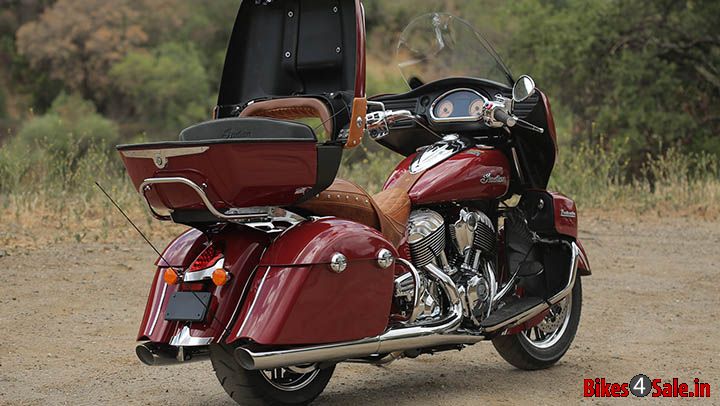 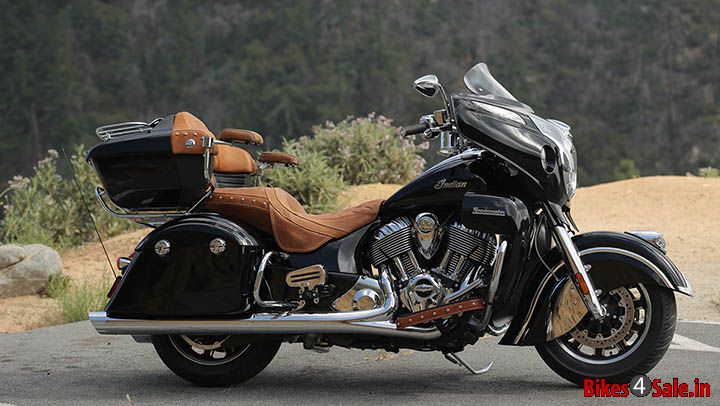 Overall, the Roadmaster is a hugely expensive, exclusive and supreme motorcycle, which isn’t built for everyone. But for those who can afford such a beautiful machine on two wheels, the Roadmaster will always deliver more than expected. The amount of exclusivity and power this motorcycle packs in, it is expected that it isn’t a thing for the common man. At ₹37 Lakhs, the Indian Roadmaster is a very expensive motorcycle, but the amount of lavishness this motorcycle possesses is also hard to match. The motorcycle is available through very limited dealerships in India, making it even more exclusive. 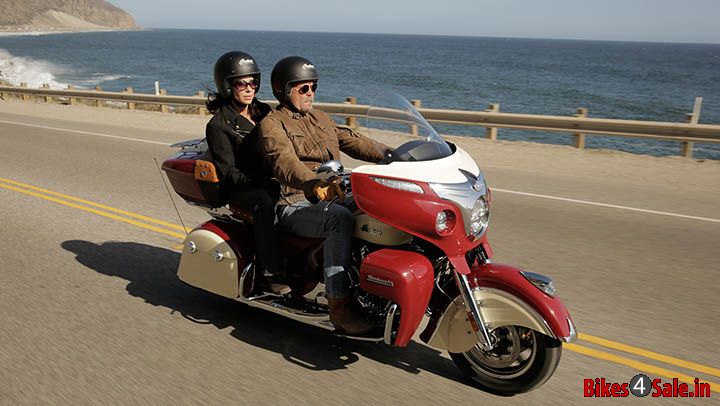