This bike is trying hard to continue the legacy of its predecessor in each and every aspect.

The new model promises to raise the high standards of the outgoing version even higher. It looks sharper, packs in better electronics than before and vows to pump out higher performance numbers. It has quite an uphill task to conquer, given its rivals such as Yamaha R1 and Kawasaki Ninja H2, have received substantial updates which not only have made the competition more ferocious, but have re-written the rules of the segment with their humongous performance outputs.

If you have a closer look of the new S1000RR, you will realize that the new model is an evolution, rather than a revolutionary update such as that of the new Yamaha R1. The design has gracefully grown for a more mature and sharper depiction, which makes the overall impression of the bike even more aggressive than before. The front fairing of the bike has been revised completely, but it still retains the familiar face of the S1000RR with the now familiar asymmetrical layout for the dual front headlamps. However, the larger of the two headlights is now on the left side, as opposed to the previous model. The trademark gills on the right side of the fairing are still present on the new model as well, while the left side of the fairing is styled differently with bigger vents for heat dissipation. The rear profile of the bike remains almost unchanged with the sharp and prism-styled LED tail lamp still sitting proudly at the center. The stubby tail section is slightly re-designed, but the changes are too hard to notice. 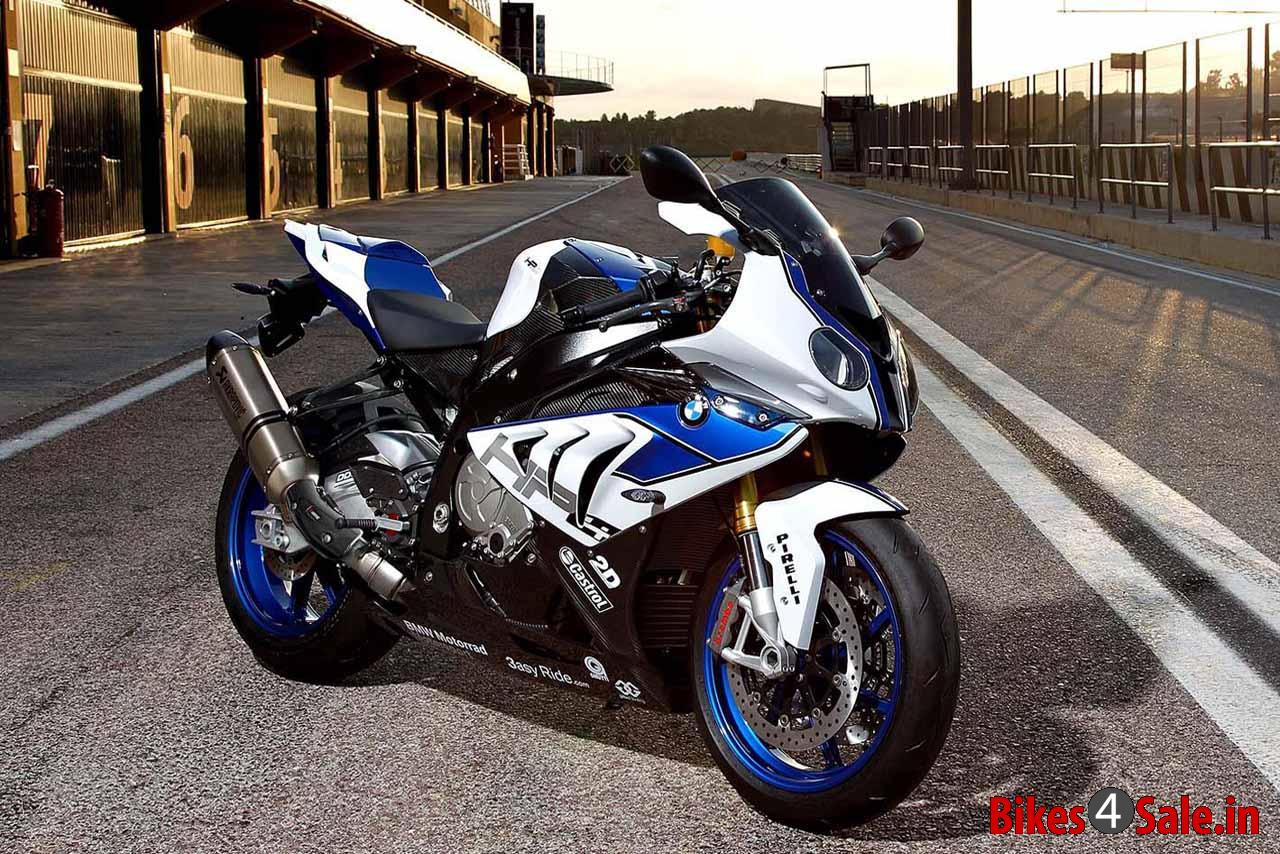 Powering the new BMW S1000RR is an electrifying four-cylinder 998cc engine, which now pumps put 201PS of power, up by almost 7PS than the previous model.
The maximum torque output, however, stays the same at 112Nm. BMW has re-engineered the cylinder head of the engine with new duct geometry as well as new intake camshaft and intake valves. In the process, BMW has managed to shed 4 kilos in comparison to the previous model, which results in an incredible rise in power to weight ratio. 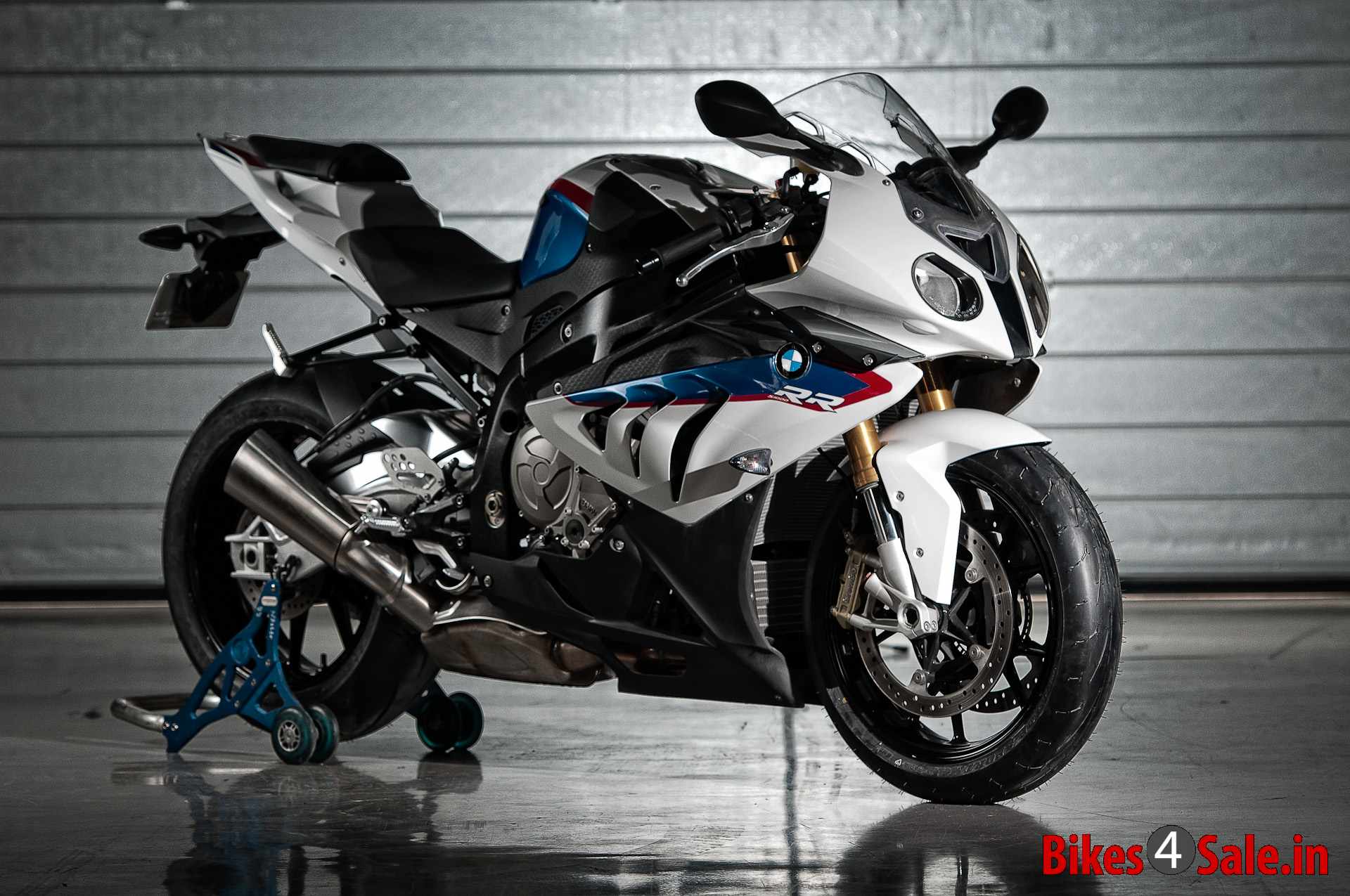 The instrument console is an all new unit, but still very BMW-ish in feel, with the large analog tachometer with white background assisted by a rectangular LCD screen with digital readouts for speedometer, gear indicator, engine temperatures and many more. The fonts for the readouts are a bit bland, but easy to read on the first glance. The other tell-tale signals surround the console from all sides, with the shift light sitting at the top of the console. The crisp switchgear has been carried over from the previous bike, and the overall build quality of the new model continues to be impeccable as before. 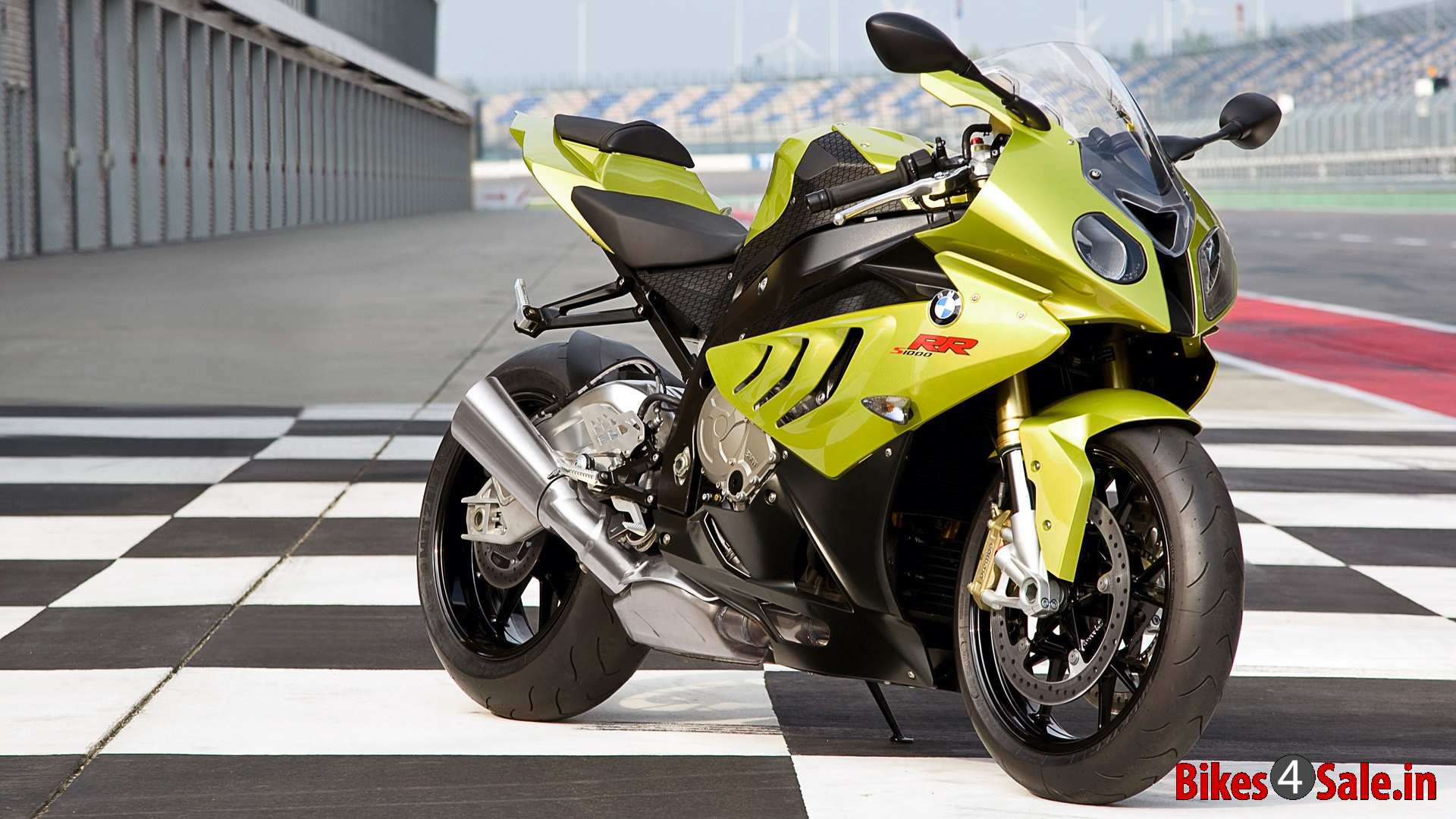 What has always made the S1000RR stand apart from the rest of the crowd of liter class supersport motorcycles is the host of electronics it was equipped with. The new model takes that quality one notch above with the improved electronics for an even more efficient performance. The bike now comes with three riding modes - Rain, Sport and Race - along with two additional Pro-riding modes - Slick and User - for a more optimum performance across all kinds of riding conditions. The list also includes other wizardry such as launch control, traction control, ride-by-wire system, fully adjustable suspension, electronic Dynamic Damping Control, Race ABS and Electronic Speed Control. 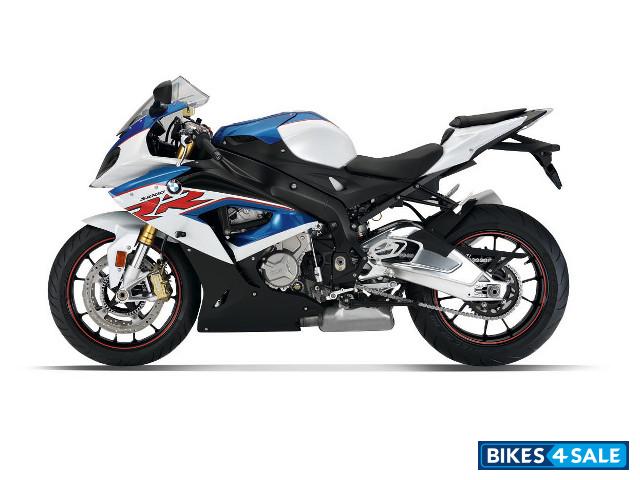 BMW has also enhanced the overall flexibility of the new S1000RR with a lighter frame structure, which results in an optimized chassis geometry. The front upside-down telescopic forks and rear aluminium swingarm with monoshock are set on a stiffer side, which results in an ideal setup for a race track. The dual disc brakes at front and single disc brake at rear sourced from Brembo have excellent levels of bite on application. As said, the bike is now 4 kilos lighter, with the overall wet weight totalling out at 204kg. 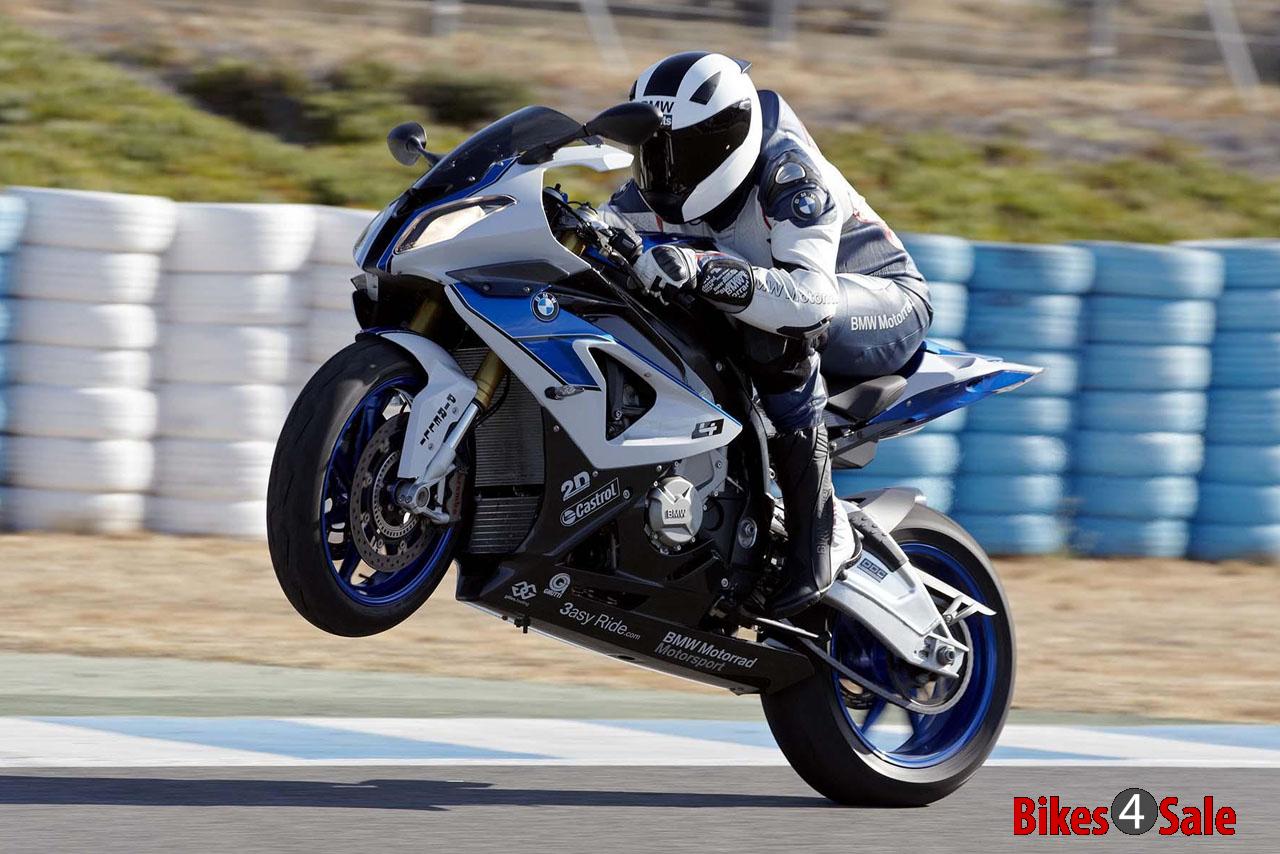 Like in most of the international markets, the most obvious rival to the new S1000RR is the all new Yamaha R1, which was unveiled in 2014. The S1000RR is priced at ₹27 Lakhs, at this price, the S1000RR surpasses all of its litre class competitors in the Indian market by a huge margin, but given its technical expertise, the bike is worth every penny even after being expensive. 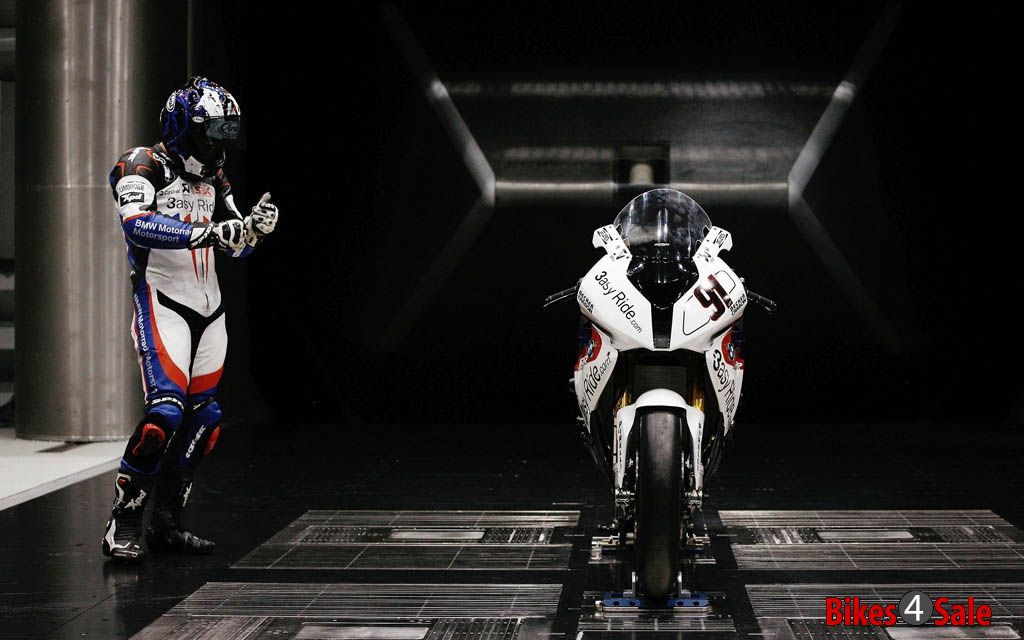