The MV Agusta Turismo Veloce 800 looks the part and comes loaded with electronics and gizmos.

Very much like the car industry, the world of motorcycles also has specialized segments. And the success in a particular segment by any innovative manufacturer can also lead to healthy competition. The business segment comprising of dual purpose off-road/on-road motorcycles is doing very well worldwide and it’s a segment that has attracted many a player. Typically, these machines can be instantly identified by their longer travel suspension, an upright riding position, and usually come with asymmetric wheels with larger diameter wheels up front. Of all the latest MV Agustas, the Turismo Veloce 800 demanded the most research and development. It’s tough to build a real touring bike that’s also a real MV Agusta. Company boss Giovanni Castiglioni says the Turismo Veloce 800 is “the bravest bike ever made by MV Agusta.” In other words, he’s saying that it took a brave heart and a lot of determination and technical creativity to conceive a bike that diverted so dramatically from the racing and sporting tradition of the winnings make in the history of motorcycling.

From the EICMA show in the fall of 2013 to the first production models coming off the assembly line, more than a year and a half has passed. But the Turismo Veloce was worth the wait. The technical R&D team at CRC in the San Marino republic and chief MV Agusta designer Adrian Morton have created a bike that looks elegant and svelte, a compact machine that offers comfortable seating for two and generous bag capacity. And compared with all its main competitors, it handles like a real sportbike. The Turismo Veloce 800 was designed ground-up as a luxury touring model and each and every component has been meticulously crafted with form and functionality in mind. The chassis structure is a mix of trellis, with bolt on forged aluminium castings as subframe which houses the seats. Plastic composites have been used in the body, panels, mudguards and other trim. The fairing is well profiled, sharp but adequately protective and houses the distinctive LED DRLs. The hand guards have directional signals integrated, while at the rear the horn-shape LED signal cluster hangs on either side of the number plate. Fit and finish levels are excellent. 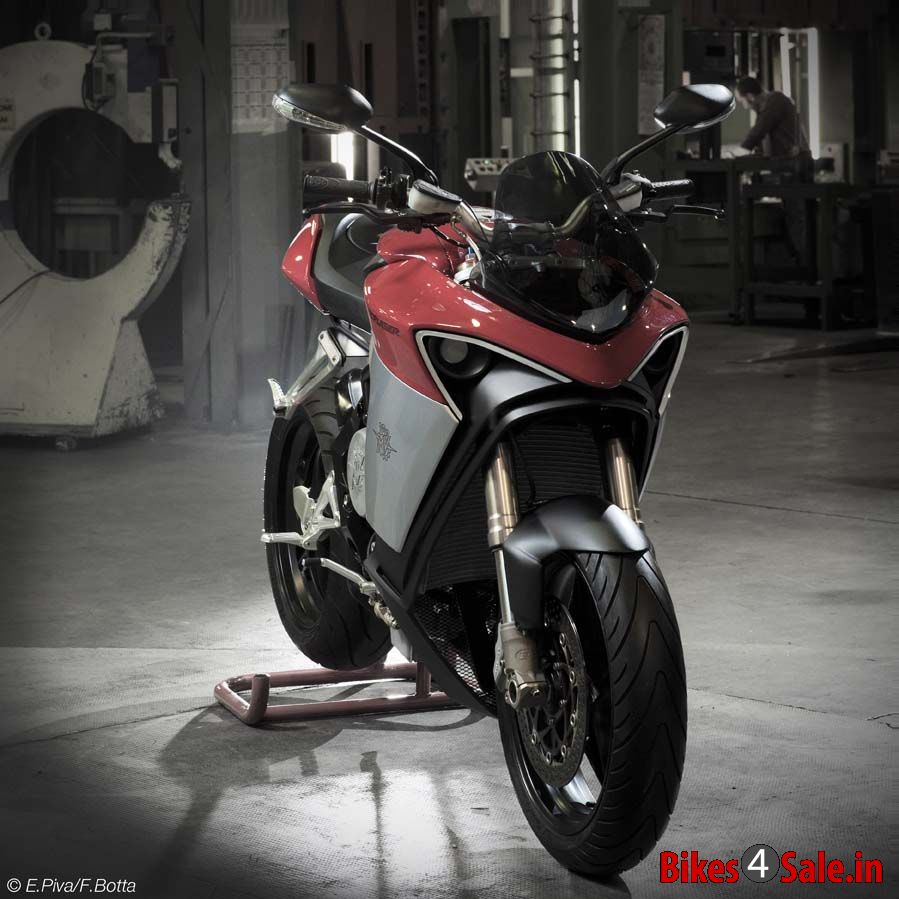 The compactness in which all the components are packaged as single unified is quite remarkable where nothing appears as being excessively done. Two colour schemes are offered; silver/red for the pandered models and silver for non-pandered versions. The frame mounted fairing for instance is offered with two different screen heights as option. The wheelbase now stands at 1424mm and overall length is 2084mm. The single-sided swingarm comes directly from the Stradale 800 unchanged. Front gets inverted Marzocchi cartridge shocks which can travel up to 160mm. The bike’s instrumentation and information display are all integrated into a TFT screen. Dashboard information relayed includes speed, RPM, gear, mileage, trip, fuel level, riding mode but information like travel distance to empty/reserve, consumption rate, average consumption, etc. are not available surprisingly. Most of the controls on the handlebar are familiar but there’s an extra toggle which helps the rider navigate through the extensive menu. 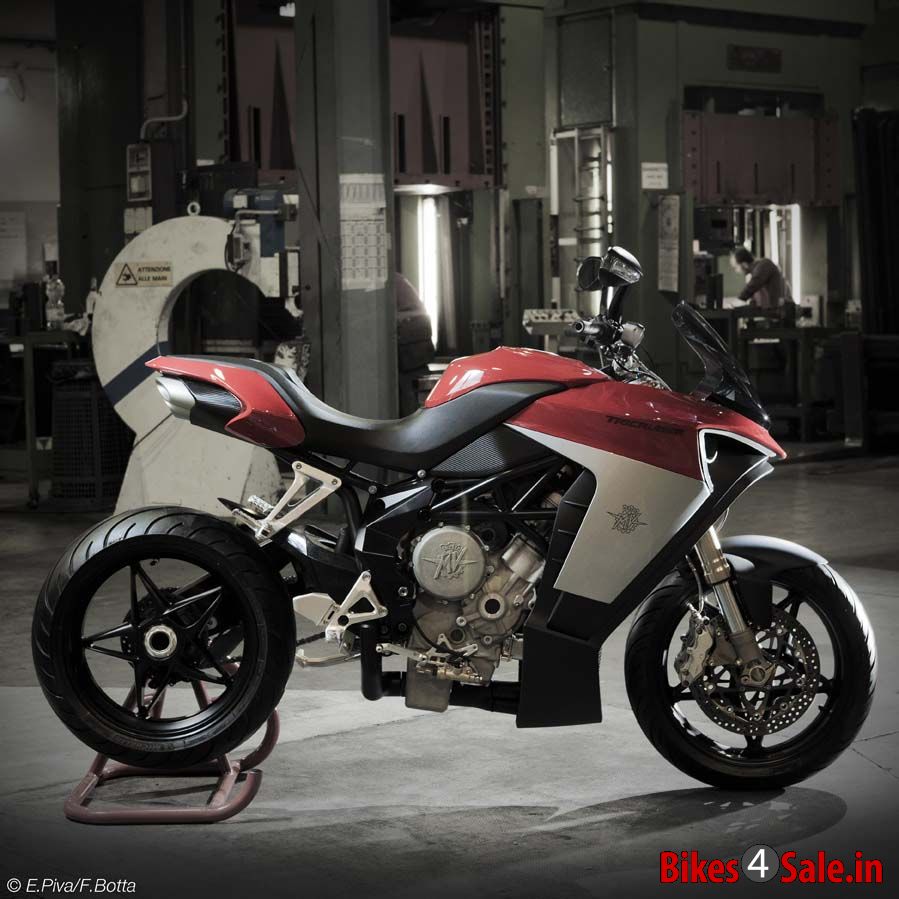 In terms of modcons, the bike comes with factory fitted Garmin GPS, a Bluetooth bike/rider interface, and two USB charging ports up front located near the top of the fuel tank, 12V power socket for pillion and hydraulic clutch for the rider. Depending on the version of the bike, the rider can virtually dial-in parameters ranging from engine mapping, throttle response, engine braking, brake force, traction control, quickshifter hydraulically actuated slipper clutch and in models with electronic suspension, soft or hard settings. 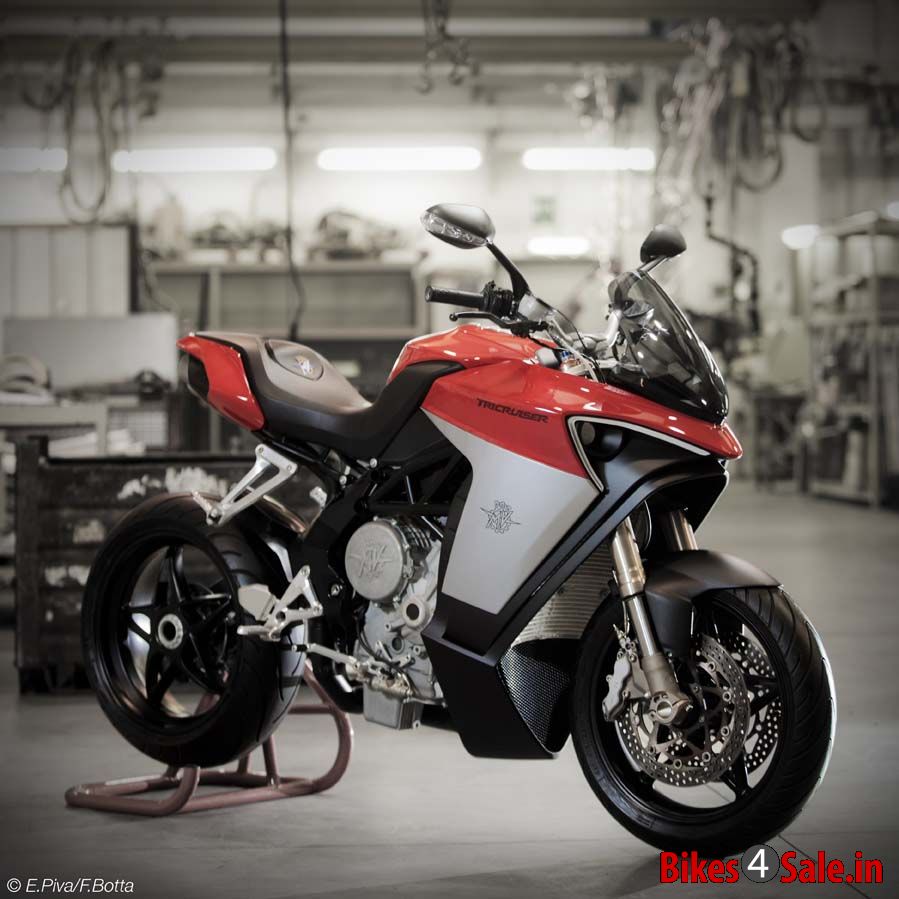 The engine is based on the Brutale’s 798cc three-cylinder DOHC four-stroke liquid-cooled unit, but has been reworked in view of the touring nature of the Turismo where torque delivery is more important than horsepower. It also gets newly designed pistons and MotoGP inspired counter-shaft arrangement for smooth running, especially at higher revs. In this set-up, it produces 110HP of power at 10,000 RPM and 83 Nm of torque at 8000 RPM. Power is sent through a 6-speed gearbox and final drive is chain. MV Agusta claims that the engine management has been tailored to offer extremely high levels of flexibility in view of the likely working scenarios and hence incorporates a highly advanced electronics package with twin ECUs. In fact, the Eldor EM 2.0 engine-management system is part of an advanced electronics suite which is capable of comparing data and rider inputs before acting in a millionth of a second. The ignition system includes the latest pencil-type coils capable of monitoring combustion in each cylinder and at every cycle. This arrangement prevents engine knocking at low speeds. Three exhaust tips with bigger diameter tips signs off the set-up nicely. Top speed is restricted to 230km. 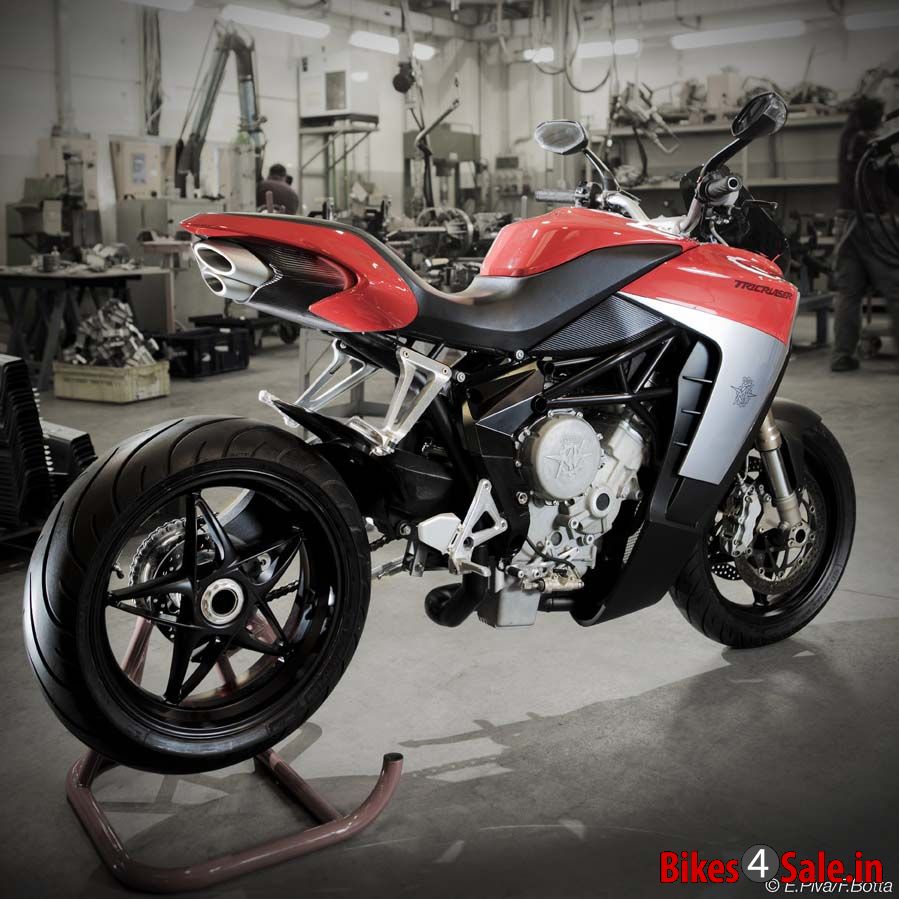 Fire the engine and it starts off rather noisily as there’s a lot of mechanical chatter in idling which seems to settle down when the clutch is engaged and gear is engaged. Gear shift response even in default mode is quite responsive and so is throttle feedback. In the higher revs, the machine shows its eagerness to please and moves forward with a complementing exhaust growl. The bike’s acceleration is progressive, fast and wind protection is very good due to superb aerodynamic profiling of the front faring and screen. While output is 15HP less than that of the Brutale, it is the flat torque delivery which makes up for that performance figure. In terms of stopping power, the MV Agusta Turismo Veloce 800 comes fitted with 320mm dual floating discs with Brembo radial-type four-piston callipers at the front and smaller 220mm single disc with two piston callipers at the rear. ABS used comes from Bosch which is a cornering ABS and the motorcycle also features rear wheel lift-up mitigation. The tyre set-up is surprising in the sense that it uses smaller 17-inch asymmetric width rim shod tyres front and rear respectively. In this set up, the minimum ground clearance is 140mm which can be increased. One thing for sure which can be said about the new Turismo Veloce 800 is that despite its sophisticated software, it doesn’t appear complicated. Rather, it’s a pleasant machine to be on all day. 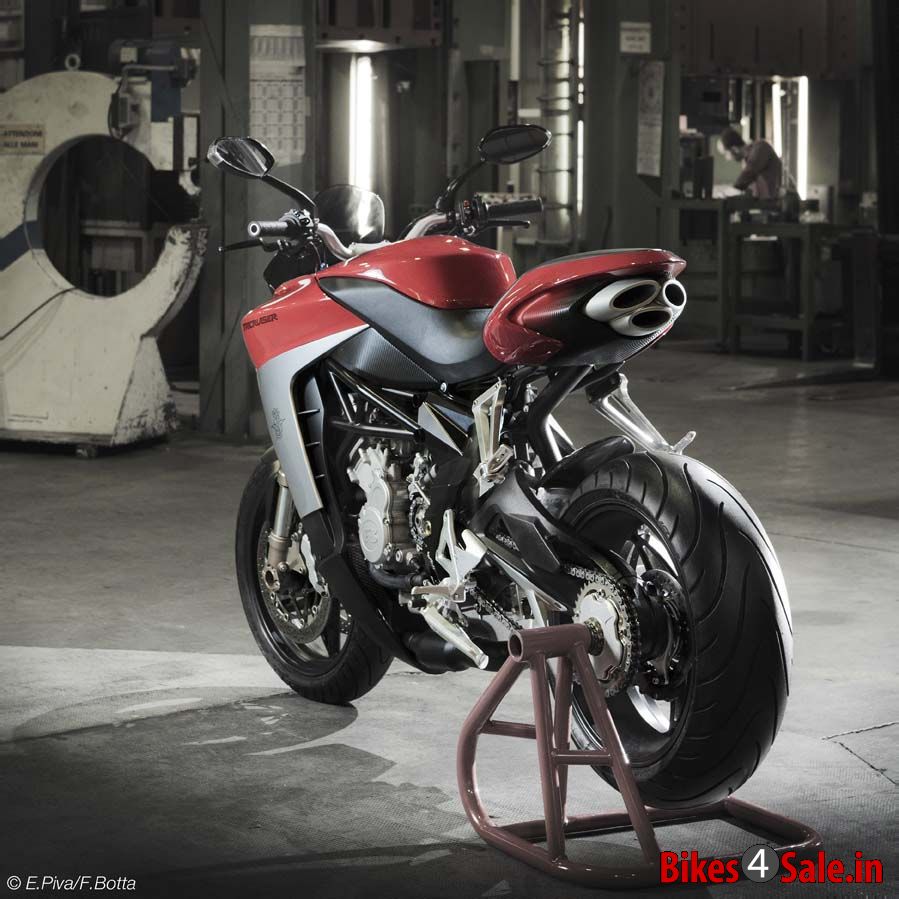 Overall, the new MV Agusta Turismo Veloce, what could also be called a ‘touring enduro,’ will exceed your expectations when pushed to the limit. This bike when compared to the stalwarts in the segment may appear slightly under kitted but when it comes to comfort and versatility, this machine does offer a lot for its price. Buyers will appreciate the larger capacity fuel tank, range, wind protection, comfortable seat, handlebars and associated benefits.
Written by Deryl Cherian.
Last updated on 29-10-2015. Published on 29-10-2015.