Triumph built this bike to break the stranglehold of the Harley-Davidson and it's targeted squarely at the HD Road King Classic in particular.

The LT in the name may stand for ‘Light Tourer’, but this bike is a full size, 2.5-metre long, 380kg heavyweight even in the world of oversized cruisers. It’s built on a modified version of the Thunderbird Storm’s frame, and also uses the same near-1700cc parallel twin engine. But where the Storm is focused on performance in design and intent, the LT is built for relaxed mile munching. It’s got classic cruiser cues to announce so as well. There’s heaps of chrome, beautiful-detailing all over the flowing design and even white sidewall tyres – the Avon-built pair have the distinction of being the world’s only white wall radials. Also part of the package are two detachable saddle bags that can pack in quite a bit, and also promise adequate rain protection. Fantastically turned out as it is, the LT’s three light layout and detachable windshield are very similar to what you’d find on a Harley-Davidson Softail Classic.

Swing a leg over the low seat 700mm and your nether regions are cupped in a nice wide comfortable berth. Triumph has made the seat out of multiple density foam layers that they say offer great support and comfort. The riding position is generous though shorter riders might find it a little too stretched out. Thumb the starter and the 1699cc parallel twin sparks to life with a burble. The 270 degree firing order does give the twin a distinct v-twin likes the off beat note but it’s a fairly soft tune. 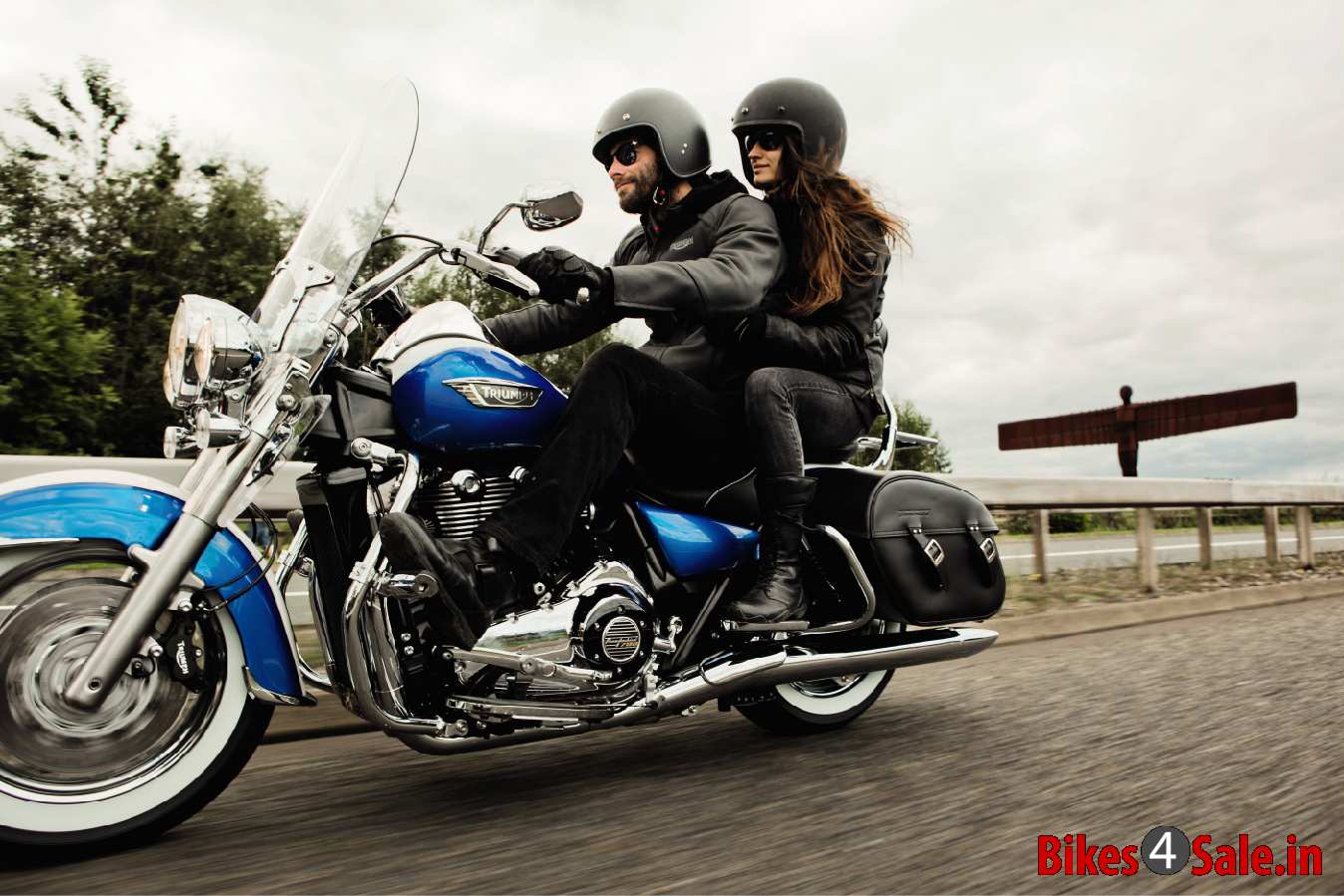 Pull away and you’d be hard pressed to believe that this is a large powerful cruiser, which is at least from the throttle response perspective. The progressive throttle gives a smooth and gentle response at low speeds making it a very easy motorcycle to control and you won’t find yourself lurching forward in traffic every time you get on and off the throttle. It does feel a little heavy at low speeds despite the wide handle bars though nowhere as intimidating as its 380 kilogram kerb weight sounds. Thankfully the low seat height allows you to plant both feet flat on the tarmac so things never get out of hand. 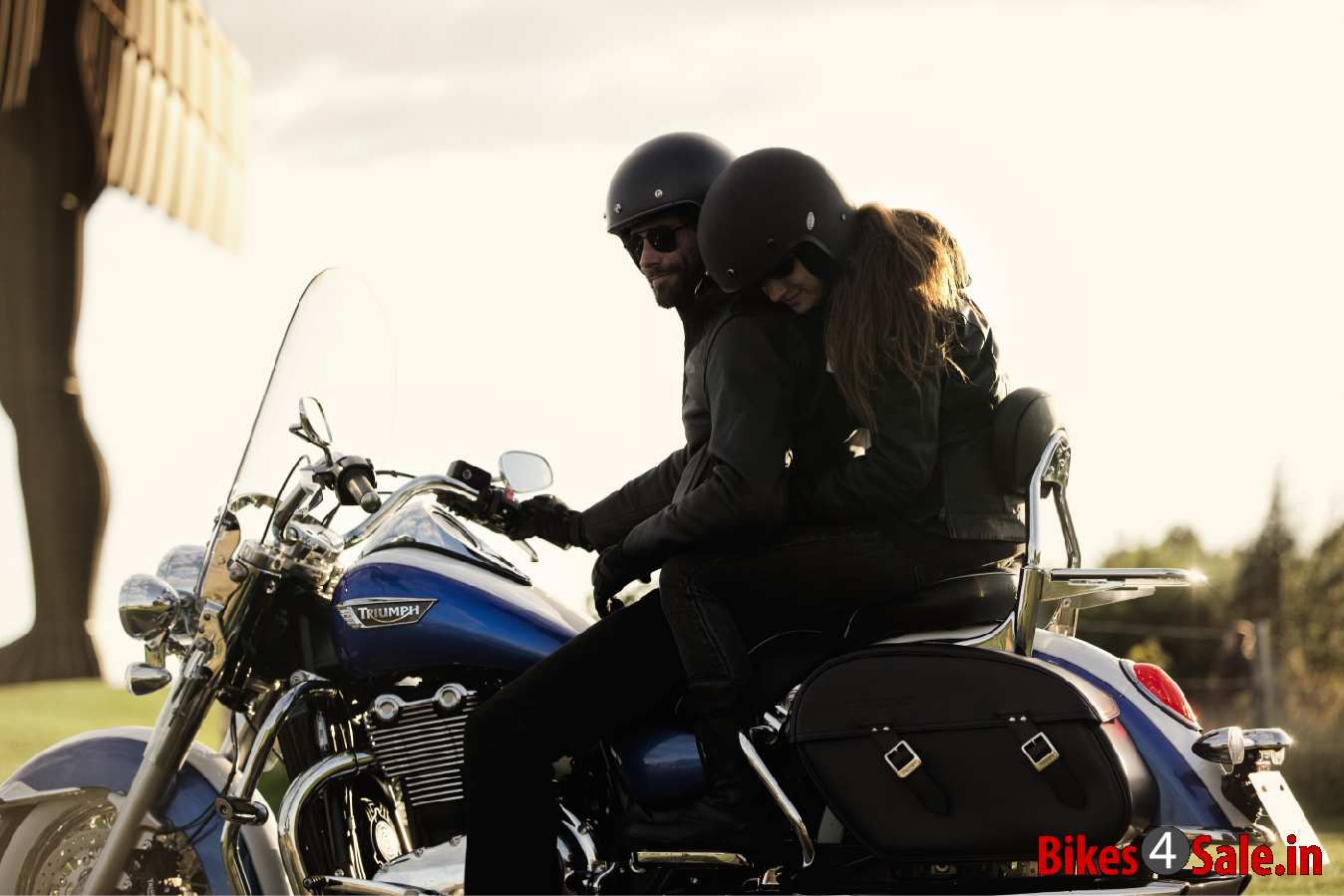 The engine revs smoothly with just a few vibrations kicking in near the top and quite un-cruiser like, there is a little top end kick to reward you for accelerating through the gears. Once in the tall sixth gear, things calm down and you would find a sweet spot around the 110-120km mark where the whole package felt happiest. It can hold faster speeds but again you would find that over 140km, the vibrations and the wind noise started to become a distraction. The large windscreen keeps the wind off your shoulders but your head would get some light buffeting, not enough to make it a concern though. 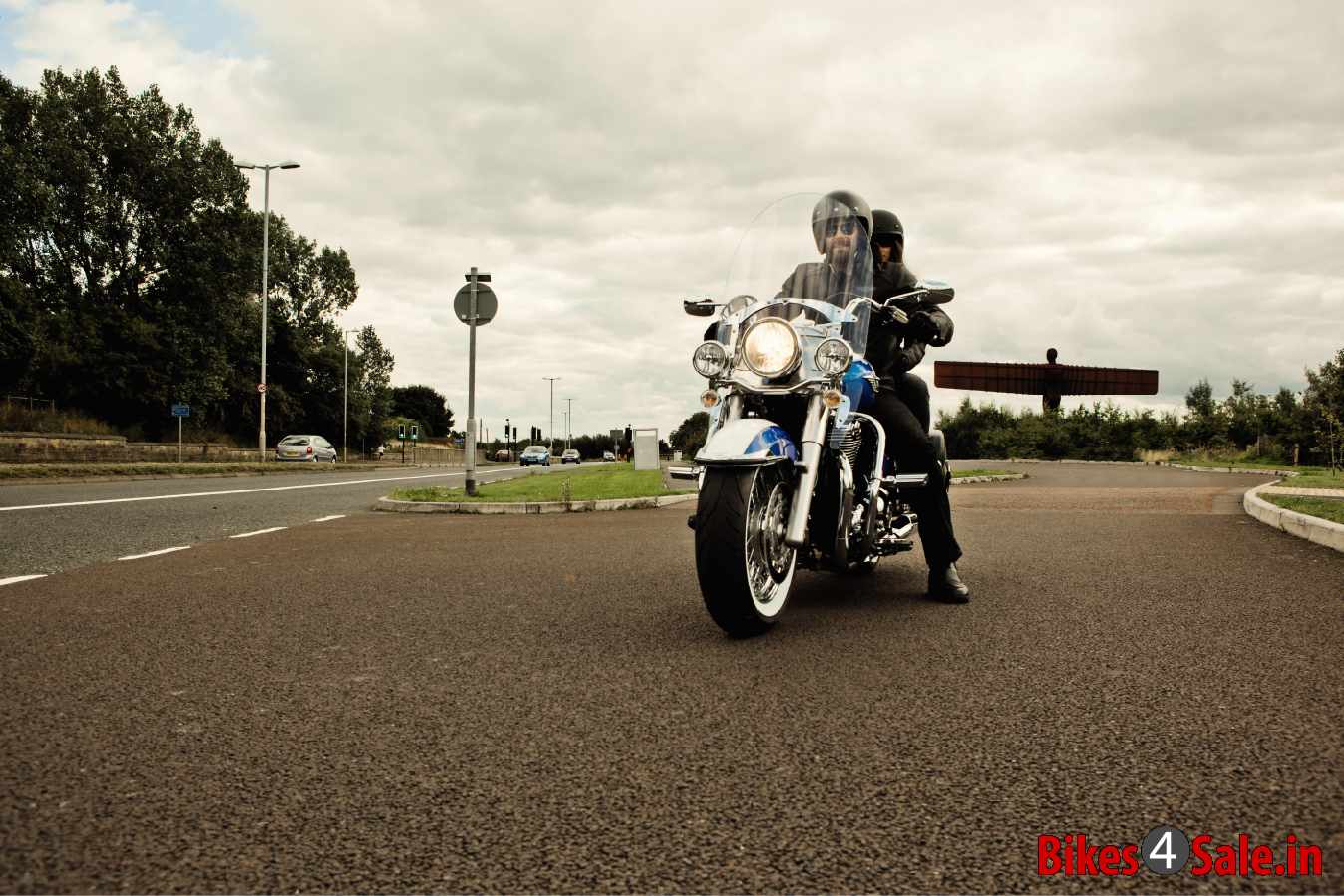 The positive trade off is that you can see the road over the tall windscreen rather than having to look through it, which is great in general and crucial in the rain. For such a large motorcycle, the Triumph handles really well but like all cruisers, it grinds its floor boards way too soon. With this long and heavy a motorcycle, it’s no surprise that it’s stable too. In fact, when leaned over it has a slight eagerness to right itself. Not so much that you feel like it wants to run wide but just enough that you lose all fear that it will tip over in the corner. Another confidence inspiring trait is the brakes. The 310mm dual front discs bring things to a stop surprisingly easily. There’s not too much feel from the lever but it would require a really heavy hand to activate ABS. 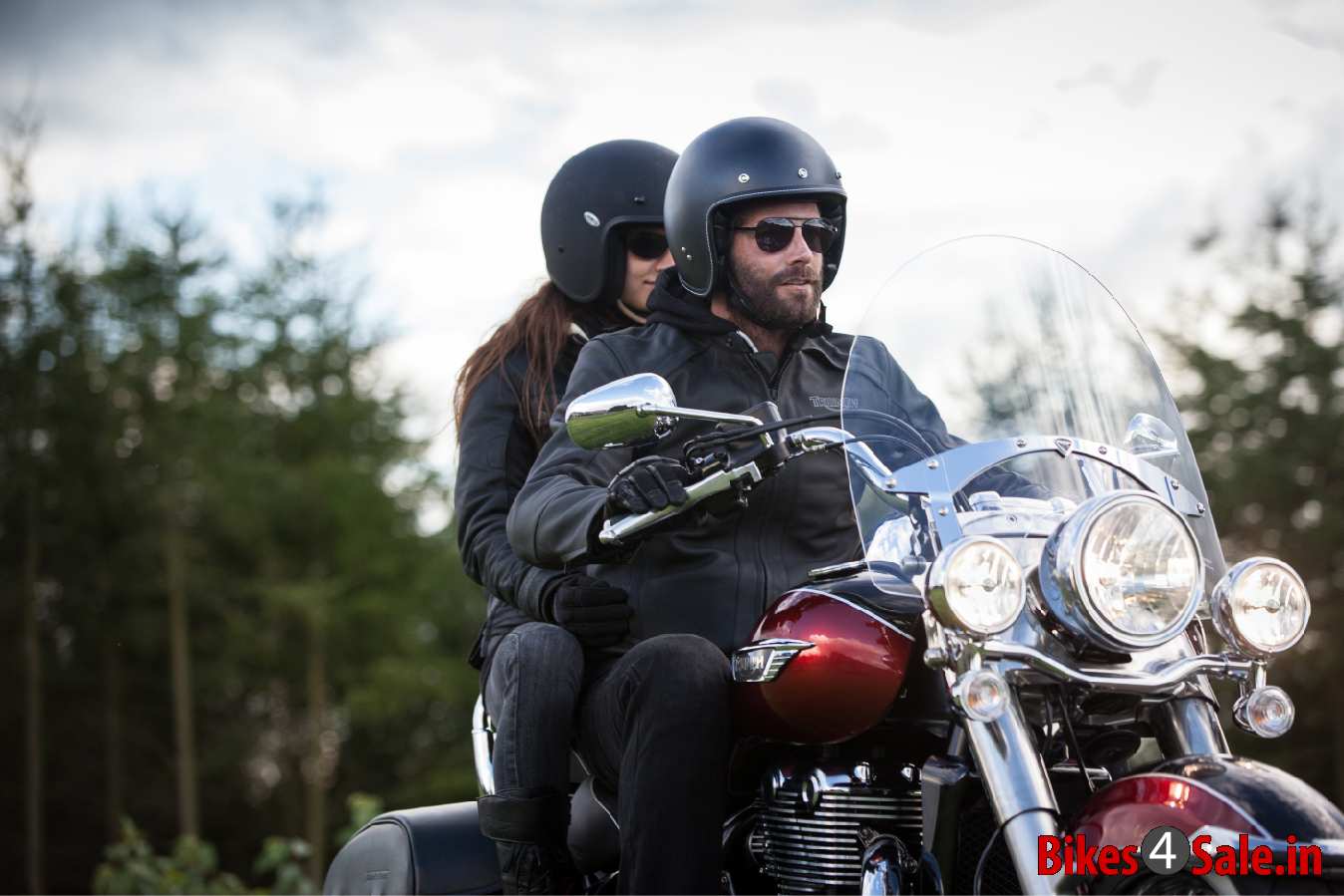 Overall, it’s quite a stretch for the Indian cruiser enthusiast but at a price of ₹15.75 Lakhs you do get a great comfortable long distance cruiser that will keep you entertained both on the road and parked in your garage. 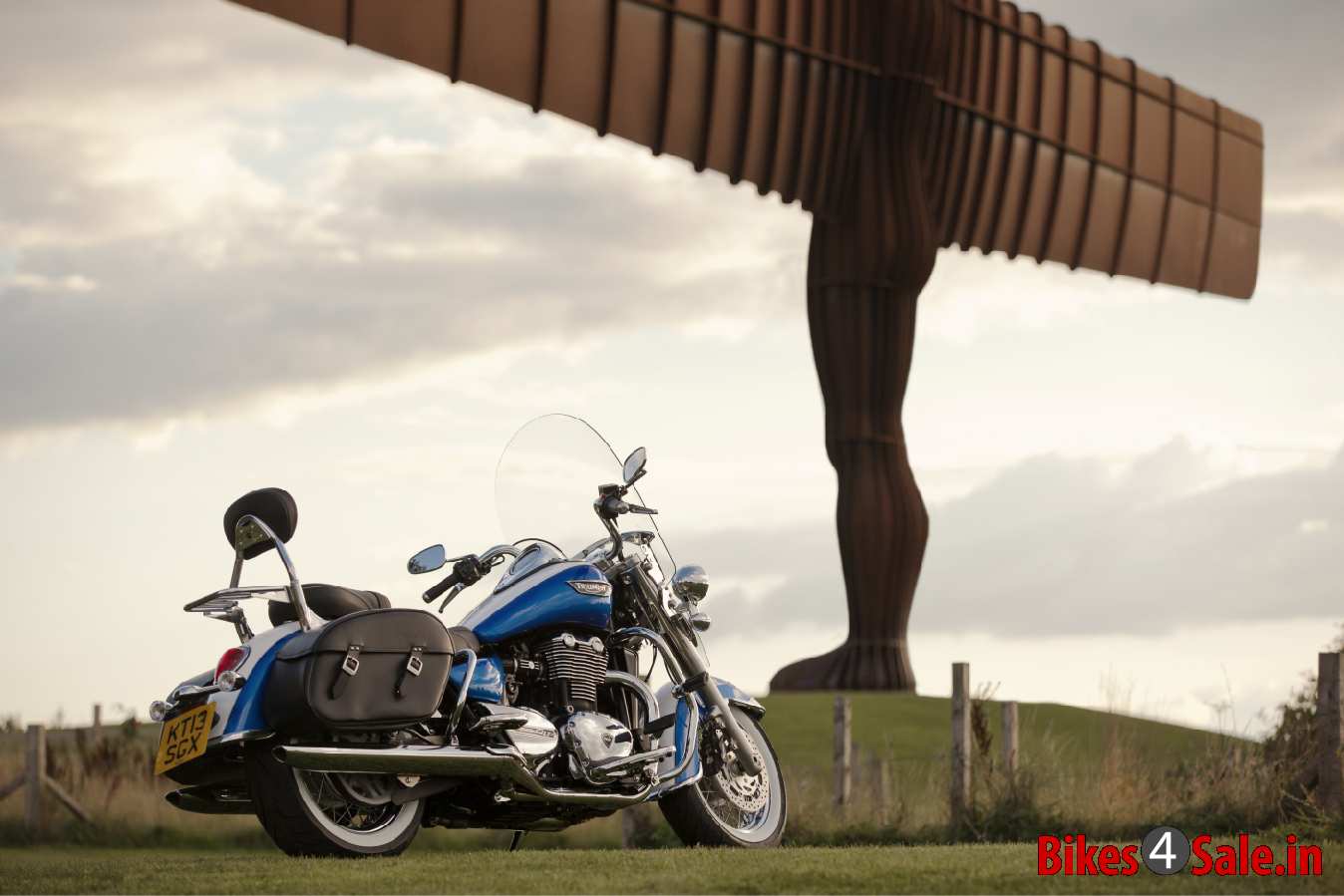