The bike is an impressive custom machine, built using a mix of in house and aftermarket bolt on parts, with no cutting or welding to the original XJR frame.

The 20th anniversary of the legendary XJR 1300 continues at full strength with the third yard built production of the year for the iconic street bruiser. Japanese manufacturer Yamaha has presented a new yard built special edition, those original bikes customized by the best European builders. The Amsterdam based custom collective are no strangers to Yamaha, situated in the Dutch city of Amsterdam, just a few blocks away from the Yamaha Motors Europe's Headquarters’s. It was only a matter of time that the Dutch builders collaborated with Yamaha on a yard built project. Yamaha is churning out their yard built bikes in 2015, thanks to some clever partnerships with talented builders around the globe. As they promised the XJR1300 launch earlier this year, here's yet another custom XJR that's transformed the factory bike into a retro racing inspired bike.

Inspired by one-of the 1917 FIAT racing car's, the Botafogo Special. The yard built XJR 1300 Botafogo N fits perfectly into the yard built genre. Mr. Roderick Seilbert lead builder, worked with Gannet Design to ensure the build has visual hints that pay homage to the 1917 race car. The XJR 1300 offers the latest in the Sports Heritage Range. The bike rests on an original XJR 1300 chassis, Numbnut customized various pieces for a retro sport look, such as an aluminum tank cap, radial mount stirrups, clutch and brake foot levers, heel protectors and an Alcantara saddle. 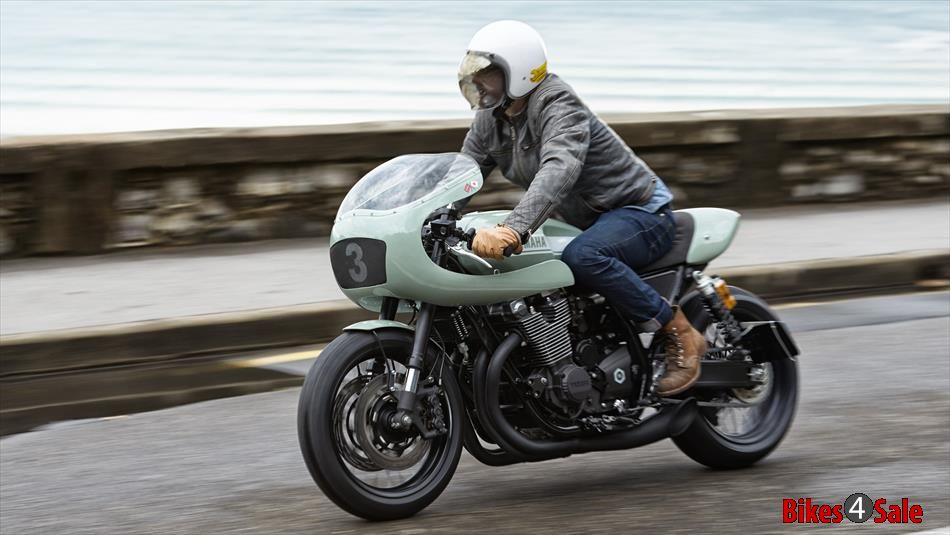 The bike gets a proper racing stance with Yamaha R1 forks, radial calipers and modified R1 fender at the front and Ohilins twin shocks at the rear. The stripped back racer look is further enhanced with Tygon 2375 clear brake reservoir hoses front and rear and all black Goodridge steel braided brake lines. Pro-bolt titanium brake disc bolt's keep everything locked down. 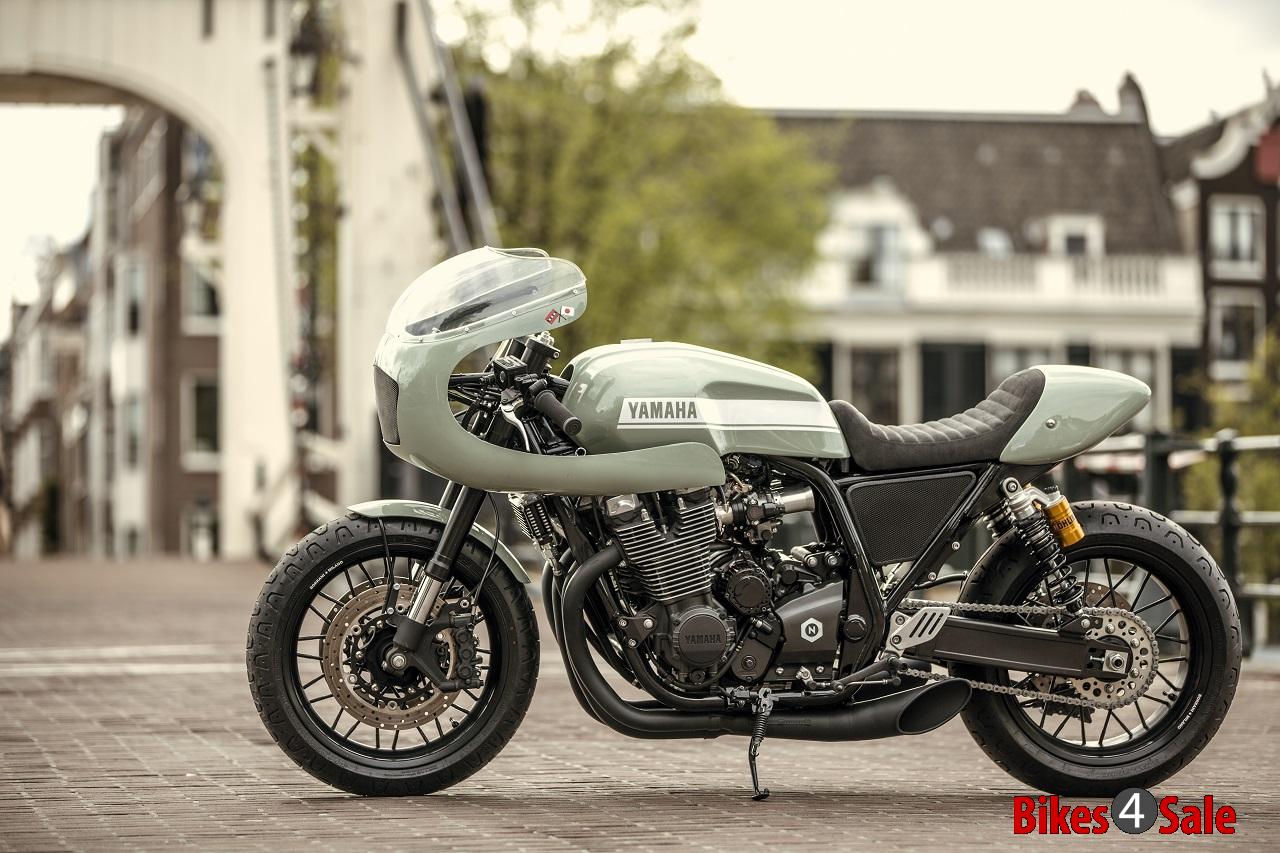 Despite the XJR already packing some top performing parts Numbnut has opted to add their own upgrades to ramp up the bikes performance. To free up the bikes breathing and unleash more power locked away in the XJR's 1250cc, DOHC air cooled engine, Numbnut free flowing Steel Dragon Performance velocity stacks and a howling 4 into 2 MVS Race Engineering exhaust system. 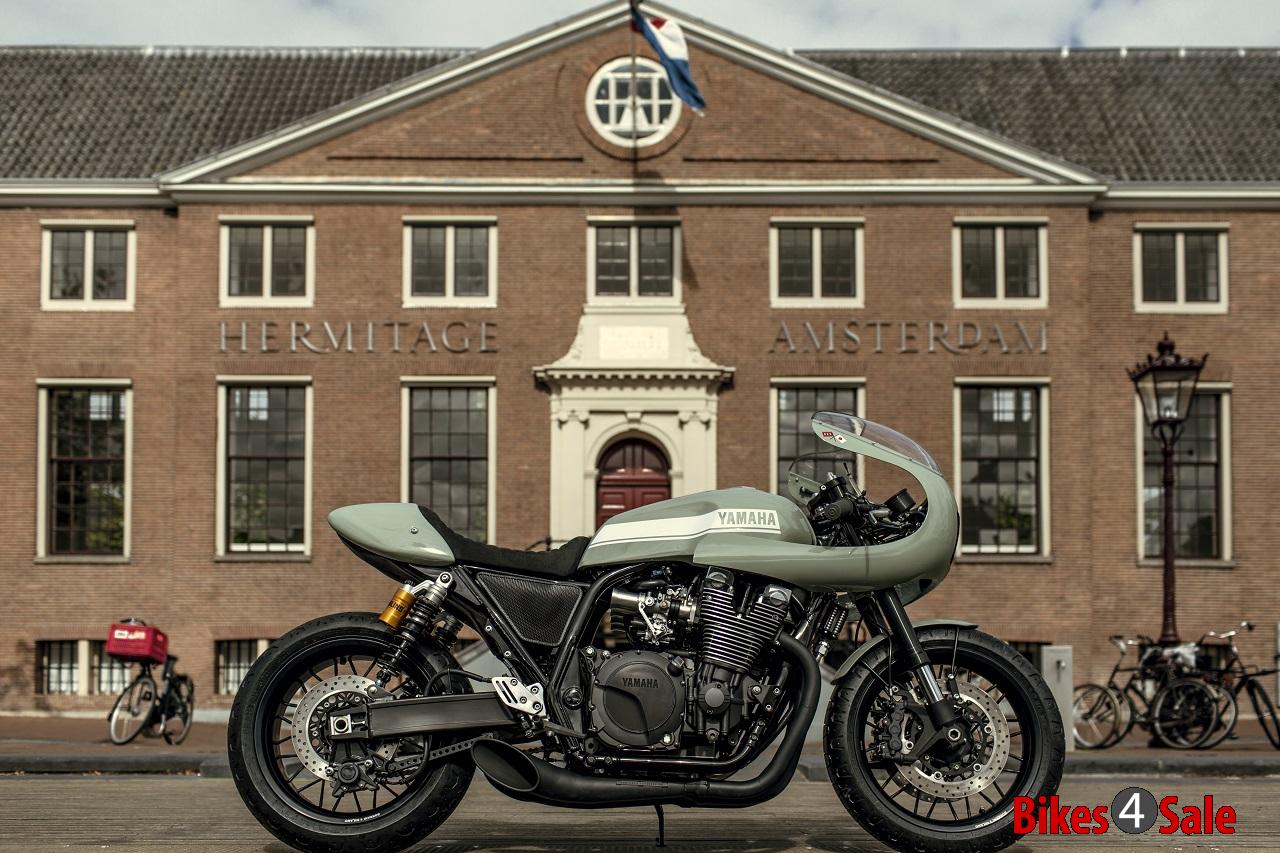 To improve the XJR's suspension Numbnut looked into Yamaha's top of the range sports bike, the R1. The Botafogo-N uses R1 forks and brakes up front and top of the range, Ohilins shocks at the rear for the best handling characteristics they could achieve. Boranni M-Ray wire wheels in satin black replace the heavier stock rims and for the rubber they've opted for Pierelli Phantom Sport Tyres, that has a reputed background of performing and it also carries a certain retro look. The new, more aggressive clip on bars feature Biltwell grips, sports development GP style switches, a Tygon clear brake reservoir connected to black Goodridge steel braided brake lines and custom made Numbnut levers. Wrapping around the bars and the bikes front end is the first major bodywork upgrades performed on the XJR as a track bike by concealing and LED headlights behind a blacked out mesh panel sporting it's own race number. Other yard built bikes are expected to be revealed throughout 2015. Prices vary in order of customization levels. Design wise this bike definitely earns itself some spectators. 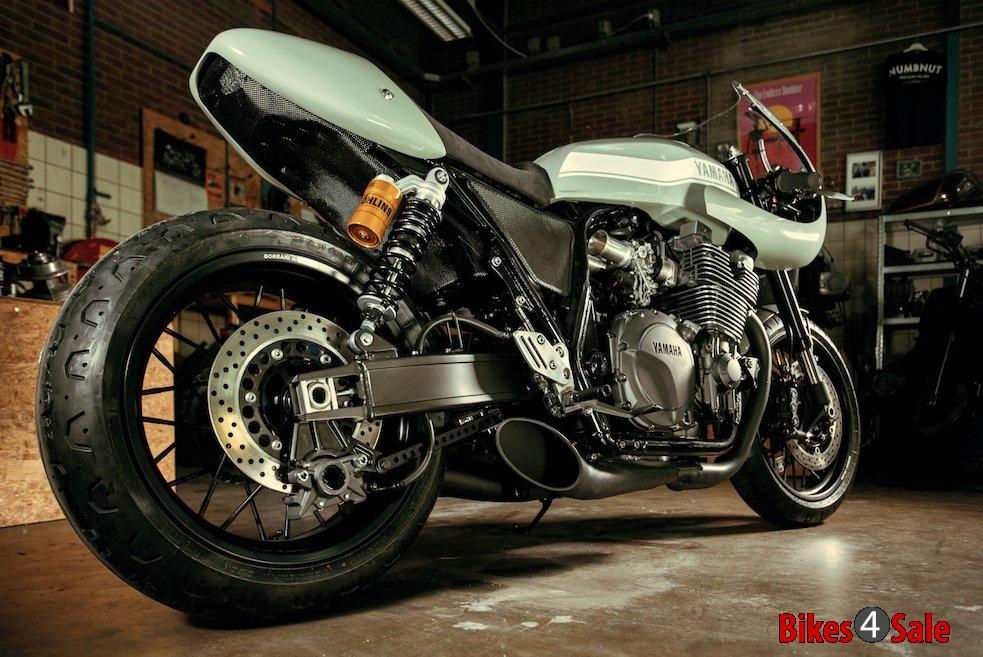