Motorcycle world is always behind the fastest two-wheelers that pump through streets in wind-blowing speed and in a disturbing but sporty throaty noise. 1000Cc motorcycles are the majority of them do the job as mentioned above. Well, this motorcycle category owns the most fan following than any class and category. Its major reason is MotoGP. The machines which are used to ride in the MotoGP Championship are 1000cc supersport bikes. So what more needed to have followers.

As we all know, Pulling down China, India is now the largest motorcycle market in the world. So it's every motorcycle manufacturer's dream to settle in the Indian soil and to win hearts and targeted sales. Earlier, an Indian customer needed to import sports bikes from foreign countries. Now realizing the fact about the Indian market, premium manufacturers have come up with dealerships across the country. Still, it is not all on. Some big names such as BMW Motorrad, and Triumph are still to reach Indian roads. Meanwhile, KTM, Aprilia, Ducati, and MV Agusta have already settled down.

Although all 1000cc superbikes aren't directly avaialble from the stores in the country, die-hard fans of those machines are obliged to import the bi-wheelers at huge price tags.

Following is the ranking of 1000cc bikes.

1. Ducati 1199 Panigale
Obviously, it's the machine you want to ride if you are considering a 1000cc sportsbike. Though it's equipped with a 1000+ cc engine, the 1199 Panigale is considered in the 1000cc category. It is dashing and extremely aggressive. The bike comes with a 1198cc, Superquadro: L-twin cylinder, 4 valve per cylinder, Desmodromic, liquid cooled engine. It delivers whooping power of 195 hp 10,750 rpm and gorgeous torque of 132 Nm @ 9,000 rpm. 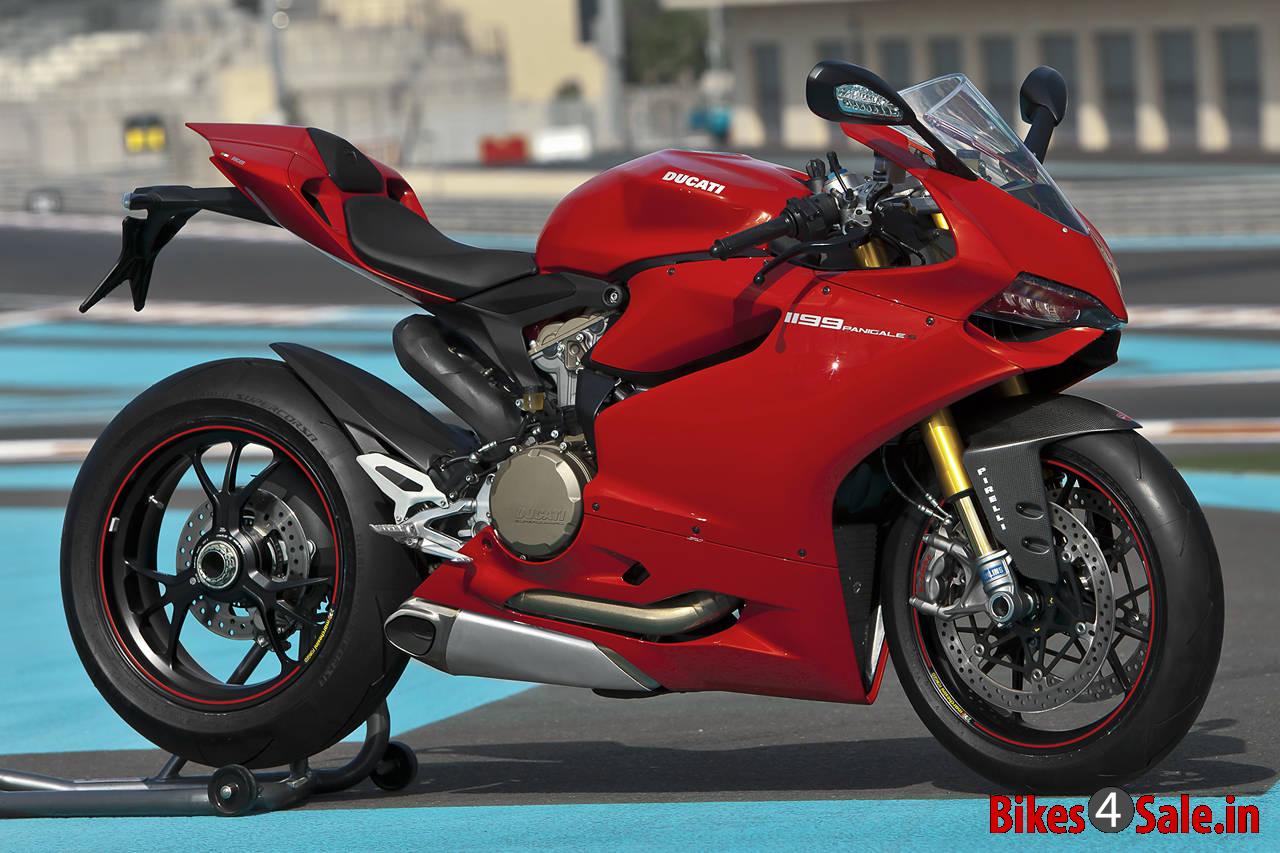 2. Suzuki GSX R1000
Japanese machines are never behind the script. They always occupy a space if it is related to motorcycle. The GSX-R1000 is a notable bi-wheeler under 1000cc class and has crossed 1 million customers since its launch. Equipped with a powerful 999cc, 4-stroke, 4-cylinder, liquid-cooled, DOHC engine, the bike pulls the rider to the destiny he/she wants to within no time. 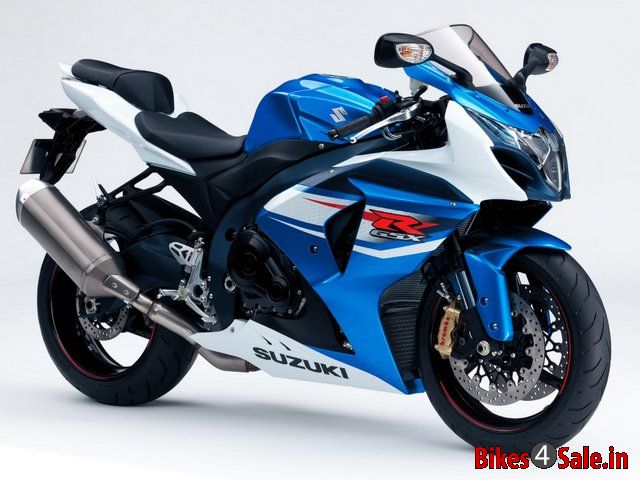 3. Aprilia RSV4 Factory APRC
Aprilia, it's from Piaggio that holds world famous brands; Vespa and Moto Guzzi. The Italian machine is stunning and has a stareable design. The bike is coupled with a 999.6cc, Aprilia longitudinal 65Â° V-4 cylinder, 4-stroke, liquid cooling system, double overhead camshafts (DOHC), four valves per cylinder engine. It is capable to fire out 180 HP of power @ 12250 rpm and 115 Nm of torque @ 10000 rpm. 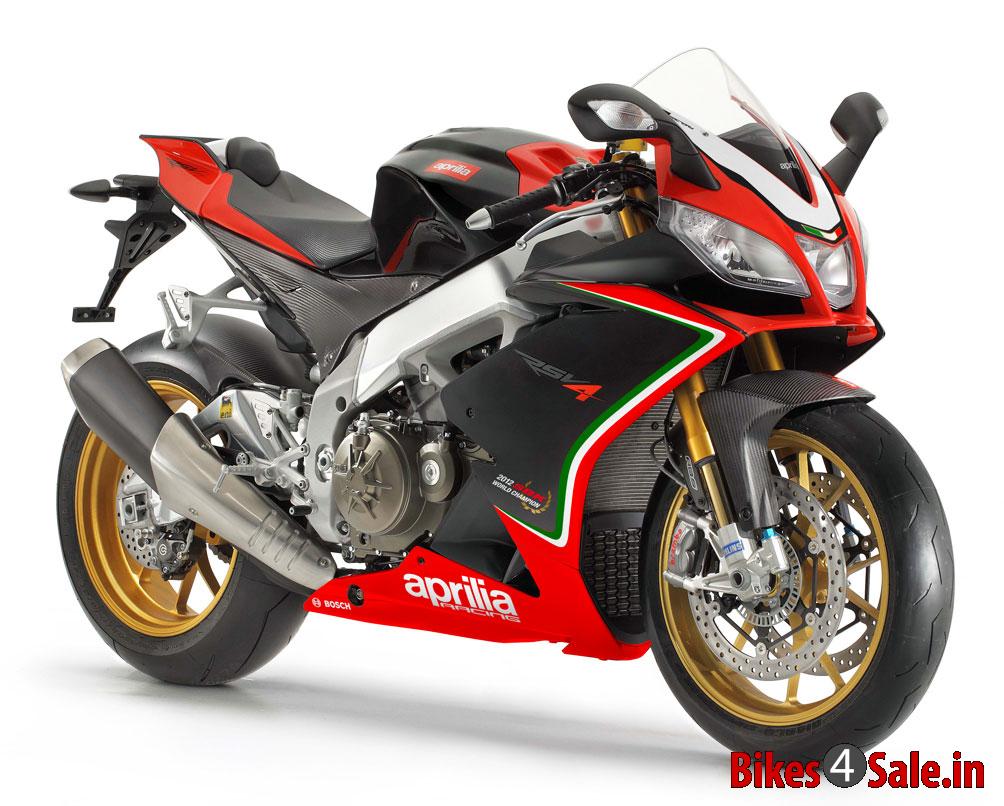 4. Erik Buell Racing 1190RS
The only motorcycle of East Troy based company. The 1190RS. Known for its refined engine and overwhelming performance. Recently, country's largest two-wheeler manufacturer, Hero MotoCorp had signed up with the firm to mould out machines in future. The 1190RS is wedded with a 1190cc, Liquid cooled V twin engine. Delivering massive power of 175 hp @ 9750 rpm and belligerent torque of 97 ft-lbs @ 9400 rpm. 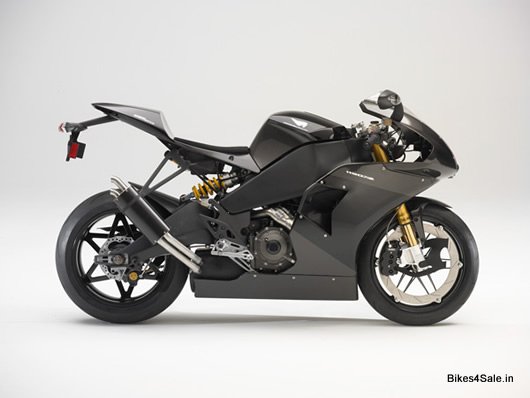 5. BMW S 1000 RR
The German bull, which is renowned for its brand, design and performance. It is mated with a 999cc, Water/oil-cooled 4-cylinder 4-stroke in-line engine, four titanium valves per cylinder, two overhead camshafts engine, the bike delivers extraordinary power of 193 hp at 13.000 rpm and torque of 112 Nm at 9.750 rpm. 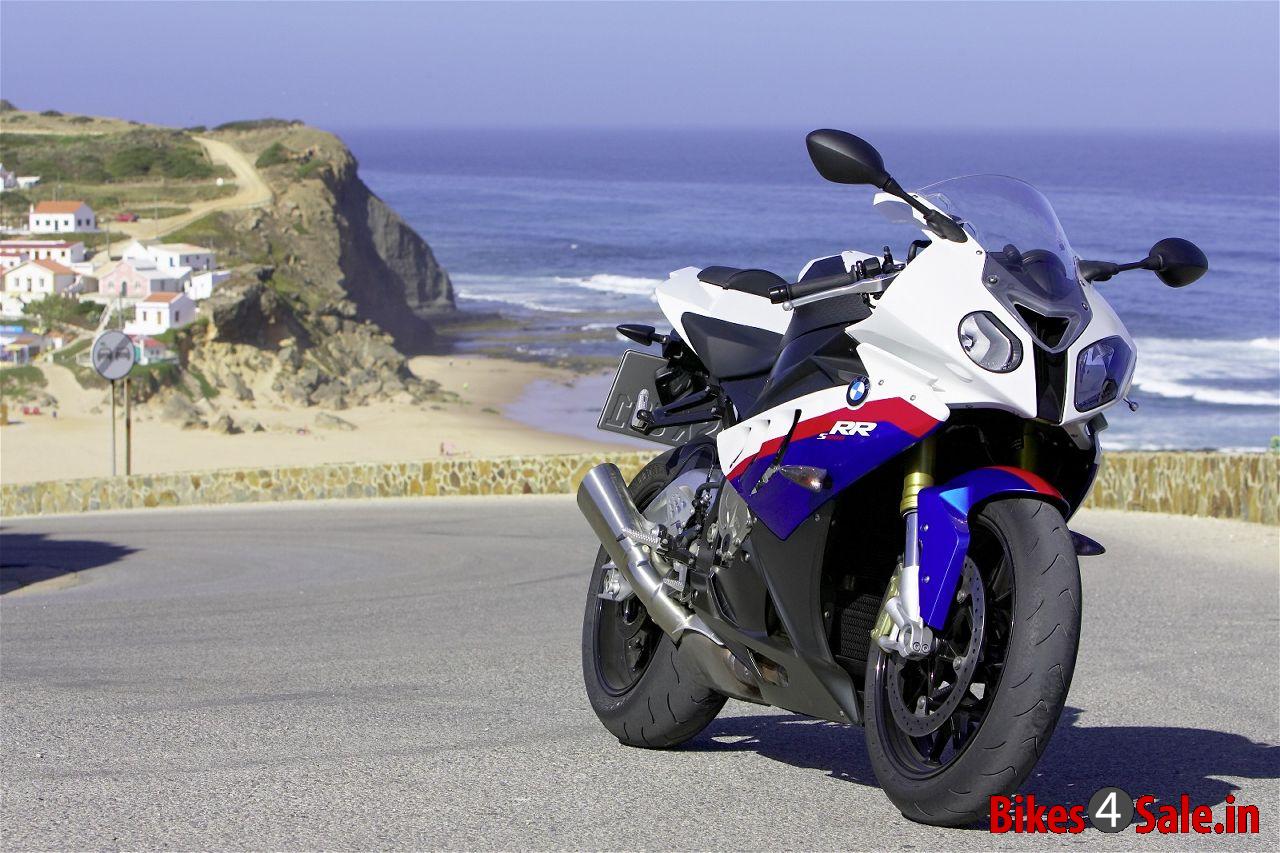 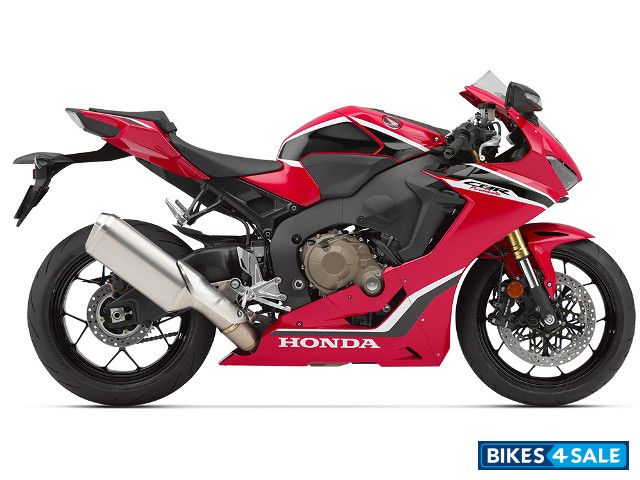 7. KTM 1190 RC8 R
Yup! We have a good news that KTM is planning to launch the 1190 RC8 R in India soon. While it launches, that will be great challenge to the other machines in the same class. The bike has bee crafted to work for race. That's the looks and the engine execution. Its heart is of 1195cc, 2-cylinder, 4-stroke, spark-ignition, 75° V arrangement, liquid-cooled engine. A maximum power of 173 is claimed by the firm. 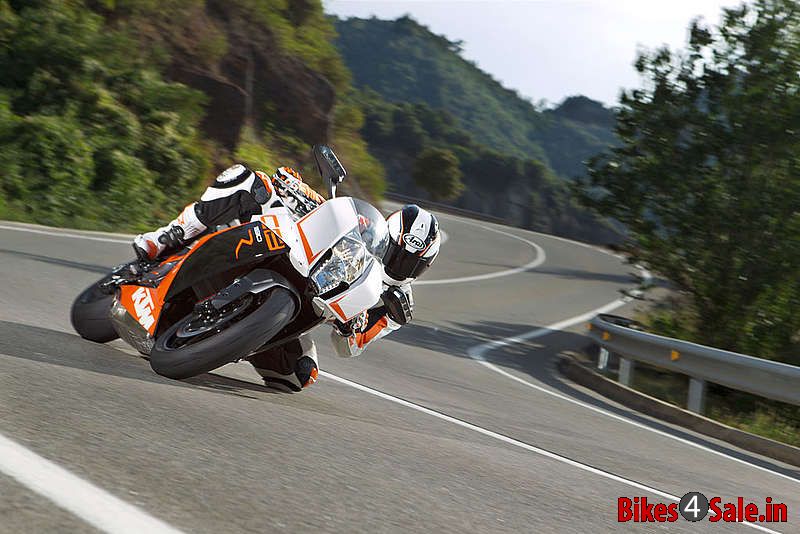 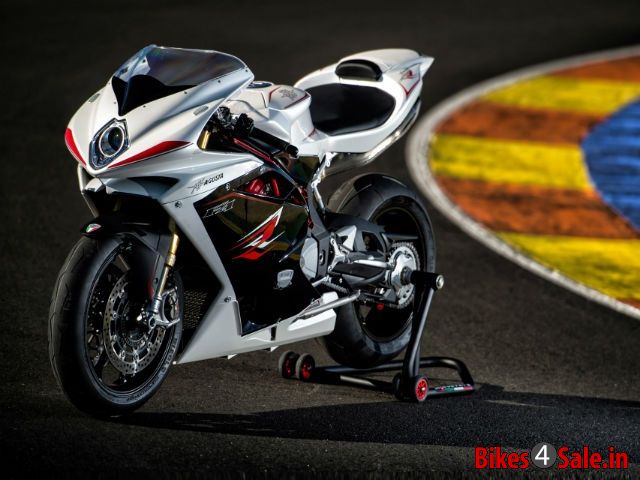 9. Yamaha YZF R1
This might be the most famous 1000cc bike in India. Thanks to Yamaha for keeping it periodically updated since its launch. What makes the R1 impressive is its dual exhaust and dual headlamp. Ornamented with a 998cc, Liquid cooled 4-stroke DOHC, 4-valve engine, it delivers maximum power of 182.1 PS @ 12500 rpm and maximum torque of 115.5 Nm @10000 rpm. The top speed of the bike is 299 kmph. 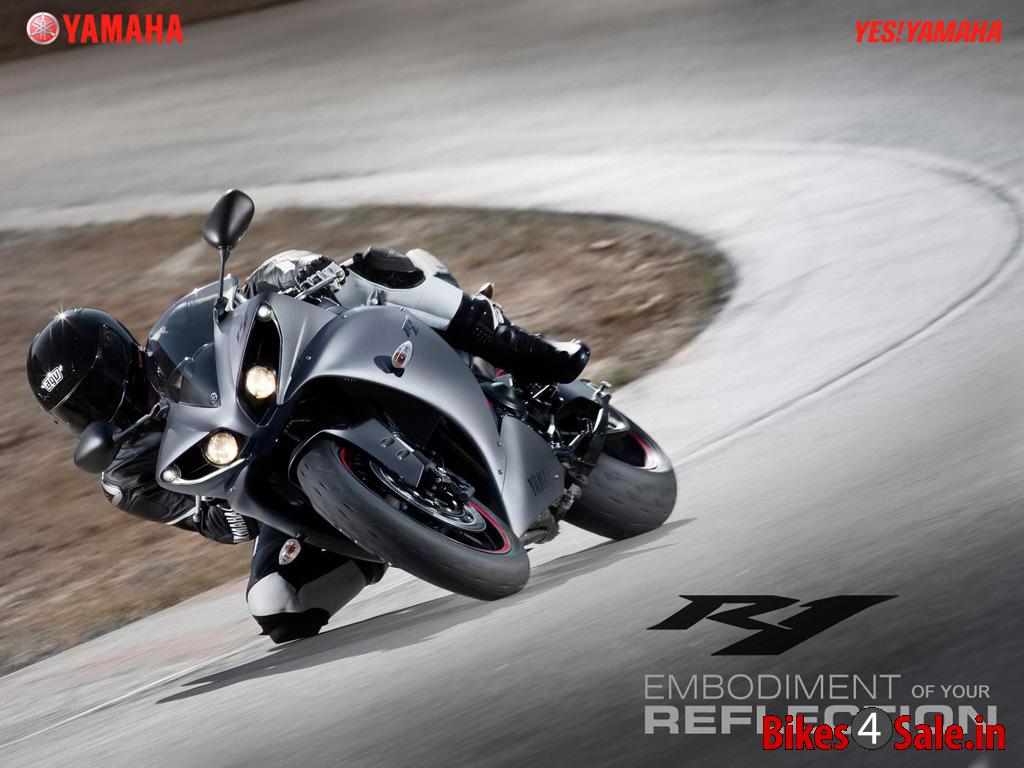 10. Kawasaki Ninja 1000
You might have really missed the green machine while checking out the nine motorbikes. Need not to be disappointed Kawasakian. Here you have the Ninja 1000. The bike slightly looks like a semi-faired supersport bike as fairings are placed in such a way. Still, the bike looks amazing and sporty. It has a 1043cc, Four-stroke, liquid-cooled, DOHC, four valves per cylinder, inline-four engine, that alloys the rider to fly to where he wishes to. The Ninja 1000 is a nice piece of bi-wheeling to throttle. 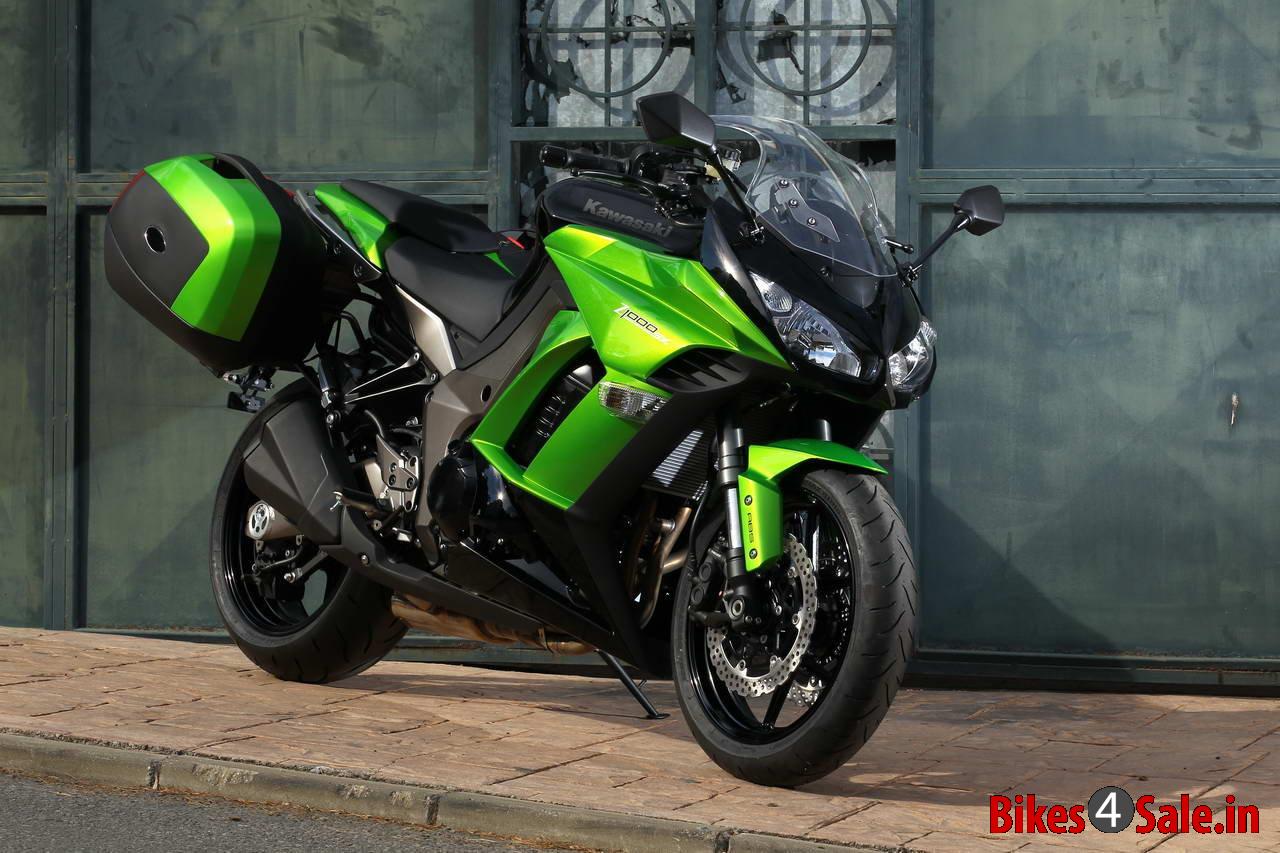 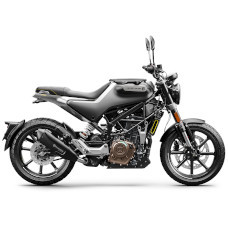 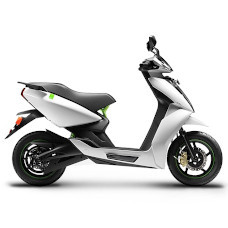 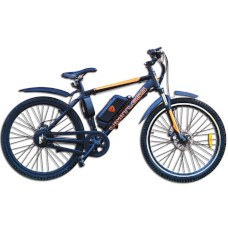 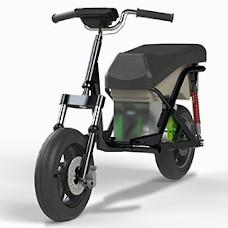