Casey Stoner has been approached by Ducati as a test rider for 2016.

Will he or won't he? Rumors of Casey Stoner's MotoGP revival have flared once again after the Ducati factory team made approaches to the two-time world champion as a future test rider this week. Ducati Corse sporting director Paolo Ciabatti has announced his team's intentions to lure Stoner back to the red stable, where he won his first world championship in 2007, a test rider for 2016. Reports suggest the position will also have flexibility, allowing Stoner to race as a wild card entrant. 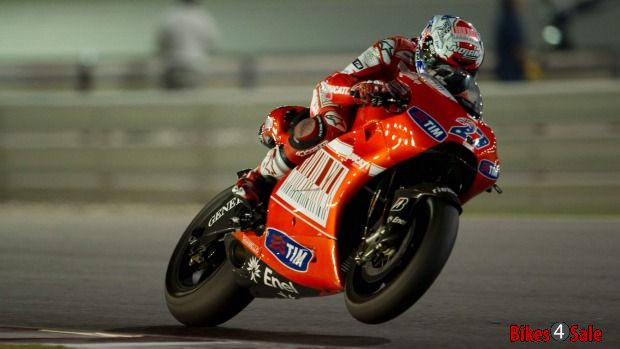 Stoner retired from MotoGP at the end of 2012, and has operated as an occasional development rider for Honda ever since. The closest the 30 year old has come to a return to top-flight racing was contesting the Suzuka eight-hour race earlier this year. It is understood Stoner unsuccessfully offered his services to former team HRC Honda as a fill-in rider for injured Spaniard Danny Pedrosa this year.

Stoner was and still is widely regarded as one of the best raw talents on a MotoGP machine, having secured Ducati its first world championship in the current era a feat not even nine-time world champion Valentino Rossi could manage.

"Casey is a hero to Ducati, he won many GP races and the title in 2007," Ciabatti told media in Valencia. "Obviously he moved to Honda in 2011 but he is still in the hearts of all the Ducati fans, and has a great relationship with many Ducati people. "Let's see what the future brings he is under contract to Honda until the end of this year, but if there is a chance to do something with him, we would love to do it."

Published by Bikes4Sale in category MotoGP