Mike Leitner, former crew chief to Dani Pedrosa and current KTM MotoGP consultant, spoke about the venture so far: “I’m very impressed with what the team has achieved in the four weeks since the rollout. There is already an excellent team spirit and this means a quick response onsite followed by considered action at the factory. Perfect conditions greeted the riders as they laid down numerous laps riding the new RC16.

“The GP circuit at Valencia had a lot more grip than Spielberg (Austria’s Red Bull Ring) but even this worked very well with our package. I’m also happy with our current driver lineup. Both are working very professionally and are very analytical. Alex (Hofmann) delivers many useful inputs and even after one day Mika (Kallio) is already at a level where we can continue to work on improving the entire performance.” 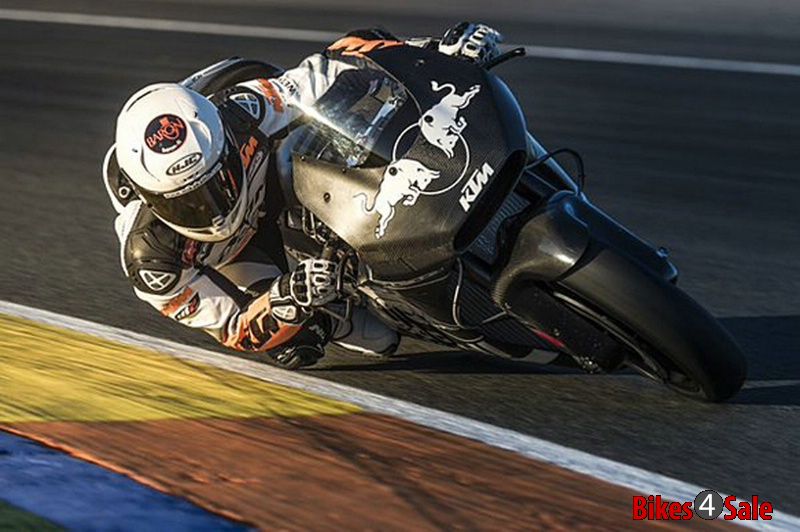 Mika Kallio was on scene and excited about the prospects regarding the new bike; this was his debut ride on the machine: “Clearly there was still a lot of question marks before the test, but I’m now very happy and I can go into the winter break with a good feeling. Alex and the team have already done impressive work, we had absolutely no problems and we’re already on a really high level. Nevertheless we still have a long way to go and I’m looking forward to the next test. Until then I’m going home to do some racing on ice to keep myself fit.”

Hofmann also shared his thoughts: “It’s good to hear that what we have to say about the bike is going in the same direction. Mika was racing here a few weeks ago and he’s still in full racing mode. He was able to put in very respectful lap times at the end of his first day on the bike. This makes it clear that the entire package is working, which is another important step for the team before the winter.”

In the coming weeks there will be intensive further development of the KTM RC16 using the data collected and the inputs from both test riders ahead of the next test at the beginning of February. KTM will be using the data collected from the recent RC16 trials to continue developing the bike. As KTM moves forward with the input from both test riders, all parties appear to be optimistic as they face the next batch of testing in this coming February.
Written by Deryl Cherian.
Last updated on 03-12-2015. Published on 03-12-2015.

Published by Bikes4Sale in category MotoGP