Cafe Racer Motorcycles - A Few Among The Rest

The days of mods and rockers may have faded off, but the Cafe Racer market is thriving. Well, its alive anyway!!

A cafe racer is a light-weight, lightly-powered motorcycle optimized for speed and handling rather than comfort. Optimized for quick rides over short distances. Cafe racers are noted for their low slung racing handlebars, prominent seat cowling and elongated fuel tanks, of then with indentations to allow the rider's knees to grip the tank. In addition to its characteristic light-weight and lightly-powered engine and distinctive bodywork, the cafe racer typically featured distinctive ergonomics. Low, narrow handlebars, known as clip-ons, clubman or ace bars, enables the rider to tuck-in, reducing wind resistance and improving control. Along with the rearward located seat, the posture often requires rear-sets or rear-set footrests and foot controls, again typical of racing motorcycles of the era. Distinctive half or full race-style fairings are sometimes mounted to the forks or frame. The bikes feature minimalist styling, engines tuned for maximum speed and light road handling. Cafe racers are popular enough to inspire endless shed-built specials, but when it comes to walking in to a showroom and buying one, options are limited. To guide people who are planning on acquiring a cafe racer motorcycle, there are a few bikes that have been picked carefully with the intention of helping enthusiasts and providing knowledge on the different cafe racers available in production.

Its held back to this position because the styling is to be divisive and it lacks a couple of elements that would make it a real cafe racer. Its a standard motorcycle introduced by BMW Motorrad in 2014. The BMW R NineT has several design elements configured to allow the bike to be easily modified, such as separate engine and chassis wiring harness and minimal bolts attaching the rear subframe, taillights, and headlight. The bike has upside-down telescopic forks, it uses an air-cooled oilhead engine, which has the inlet manifold at the rear of the cylinders and the exhaust at the front. The oilhead is arguably more suitable for customization as it has more conventional appearance than the new water-cooled engine. 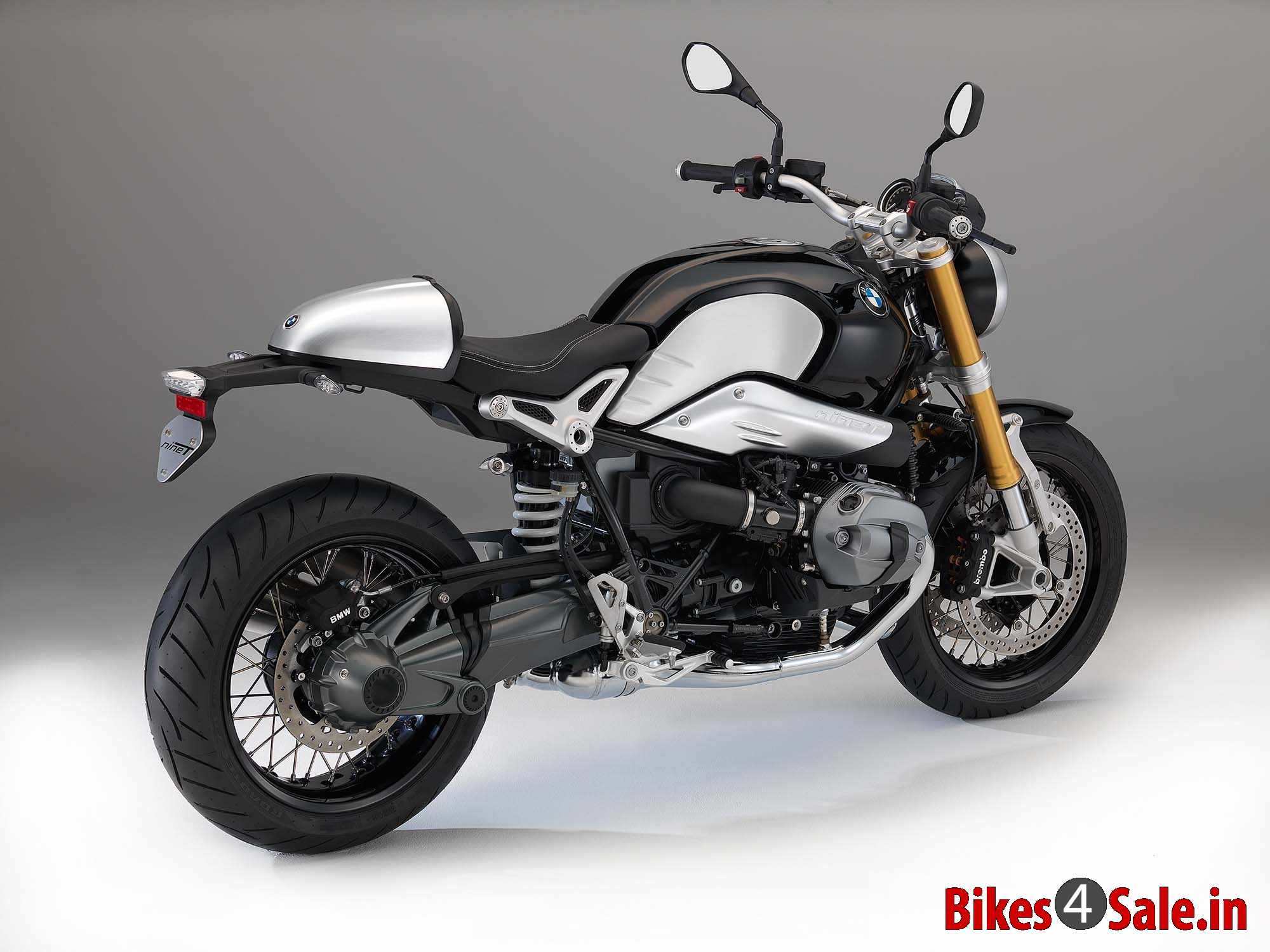 This is a twin-cylinder, air-cooled British motorcycle manufactured and marketed by Triumph Motorcycles. The Thruxton is heavily based on the company's Bonneville model, with hallmark cafe racer style modifications, including clip-on handlebars, rear foot controls, small fly-scree, white faced instruments, reverse cone exhaust silencers and bodywork with a prominent rear seat cowl and contrasting racing stripe. The Thruxton features an engine upgraded from the Bonneville engine, the frame is a tubular steel cradle with a twin-sided swingarm and traditional spoked wheels. The Thruxton bodywork originally featured a checkered strip running longitudinally along the fuel tank and rear seat cowl. The model of 2007 has a broad solid color stripe replacing the checkered stripes, flanked by two thin stripes. 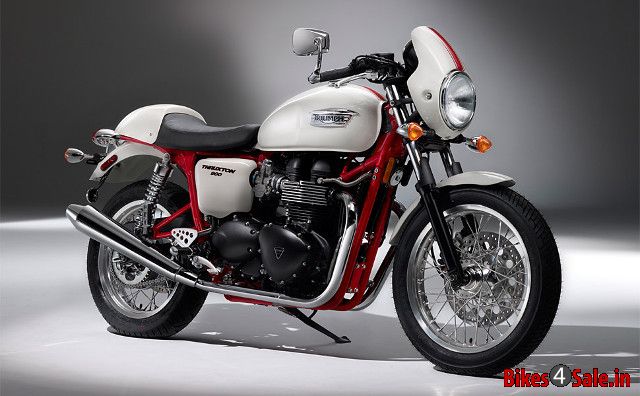 Inspired by Royal Enfield's own 1965 Continental GT, the new GT brings back the philosophy of uncomplicated, approachable, hands-on pure motorcycling experince. With its launch in 2013, the Continental GT introduced the Cafe Racing culture to India. Mated with Telescopic forks front suspension, Twin gas charged shock absorbers with adjustable preload rear suspension, the machine offers a soothing ride and introduces a different ride for enthusiasts. The bike gets a traditional set of spoke wheels, which states it belongs to the Royal Enfield. The single seat is standard whereas an extra seat is optional. 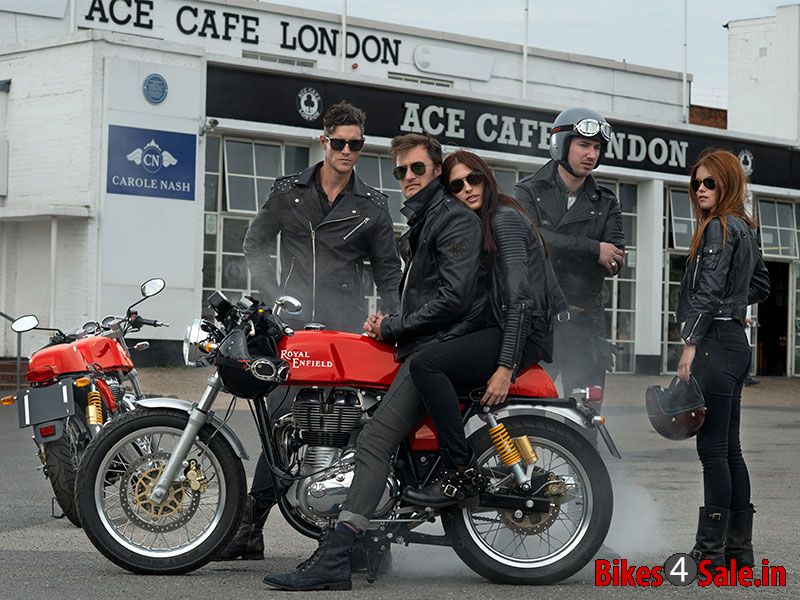 The Moto Guzzi V7 Classic Cafe appeared in 2009 and was designed as a cafe racer. Therefore, there was mounted a sporty single seat, the colors are taken from the Moto Guzzi V7 Sport. The power is not adjusted to the sporting use, the V7 Cafe produces 48hp, while the V7 Sport in 1971 delivered 52hp. Another model namely the V7 Racer, which was designed more than the cafe racer Cafe. There is plenty of chrome used, the frame, wheel hubs and swingarm are painted in metallic red. On the rear fender are two race number plates and the handlebar fairing there is one. Over the tank a leather belt is seen, such as that has been use sometimes in classical racing engines in order to attach the tank. The side covers were holes. The Racer is built in limited numbers. 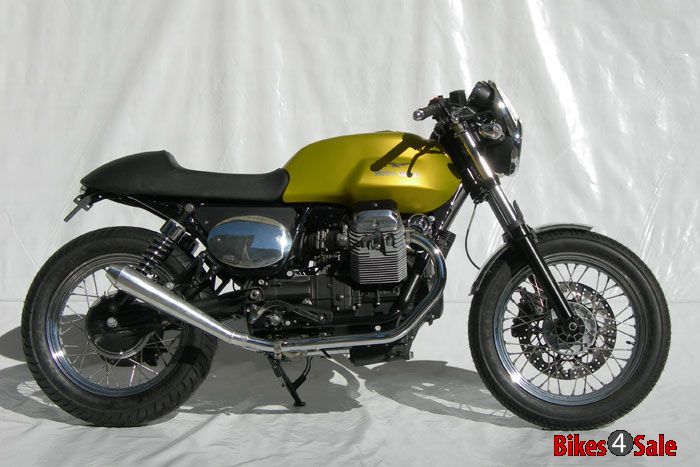 The Commando 961 Cafe Racer was built to replicate the old style cafe racers with all modern components and engineering whilst maintaining a classic appearance and style. All Commando 961 models are available in dual seat option and available in all colors. The dual seat option gives the rider and pillion seat as well as a single seat configuration. Easy to attach single seat cowl quickly turns the bike back in to the stylish single seat form.
There have been many other cafe racers, as for now these are some the bikes that have been impressive in terms of their design and some in terms of their riding performance. Availability of some of the mentioned bikes in India is doubtful, but its very much sure that if you have enough cash to shell out from your bank account, you can definitely import it in to India. 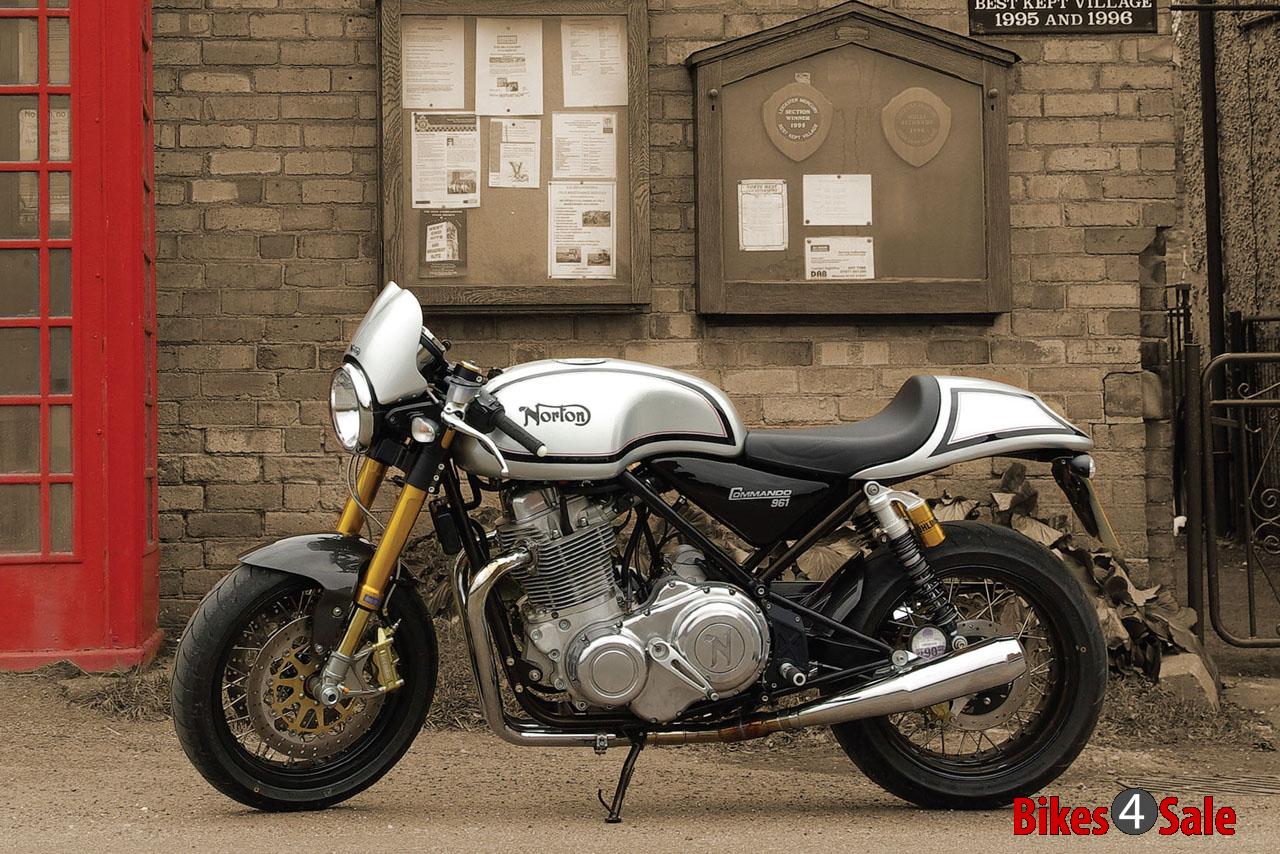