Tata Motors launched a new variant of the Safari Storme with more power and a six-speed ’box.

The Tata Safari has been around since the end of the Jurassic era, which in the Indian carscape would be the wane of the Premier Padmini and the Hindustan Ambassador. But in its long history of we-don’t-know-how-many-years, now is the first time, the Safari has got an exciting bullet point in its couple of decades’ worth of a Powerpoint presentation. It’s called the Tata Safari Strome VX. It is, quite thankfully, not a sticker and side-skirt job. The VX has always been around as a variant, but in its current iteration, the Safari Storme gets some serious arsenal under the metal.

The 2.2-litre diesel now makes 154hp. That’s up from 138 from before. But what should really provide the shove to your back is the 80Nm of additional torque this powerplant makes. So instead of 320Nm, the VX will let you play around with 400Nm. Speaking of playing around, all this power and torque gets an additional gear with an all new six-speed manual. We love six-speed manuals. They are more fun, lend the engine more versatility, and perhaps the only eco-friendly component we like. More gears means lower revs at highway speed, resulting in lower fuel consumption. 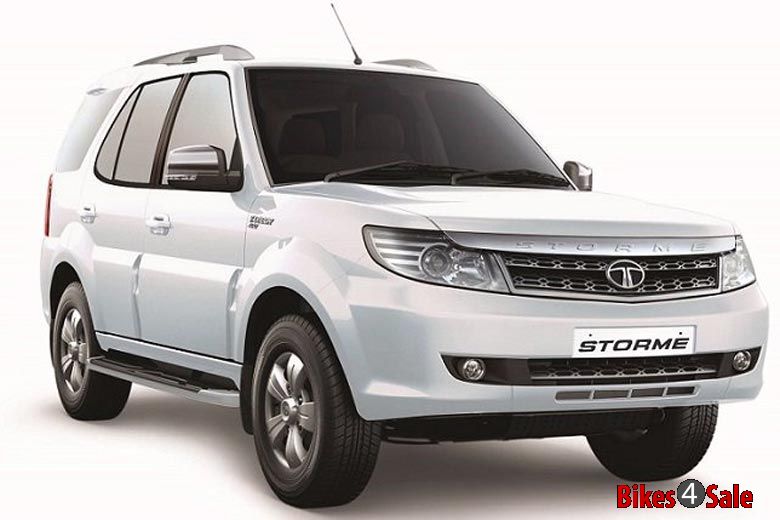 Tata Motors claims an ARAI figure of 13.9kpl, which isn’t bad for a two-tonne SUV. But we presume that figure didn’t come up when they were testing the Safari Storme VX’s acceleration. The company claims this tall vehicle can get to a 100km from standstill in less than 13 seconds. The Safari Strome VX is available in both 4x2 and 4x4 variants. The VX also comes with Limited Slip Differential, which on paper should help its cornering skills something the Safari could do with a lot of. Help, we mean. Sure, there are the usual bells and whistles in the Safari Storme VX that mid-life variant refreshes bring about. For instance, the CONNECTNEXT media interface system mated to a Harman, six-speaker audio system. The Safari Storme VX, apart from dual airbags, ABS, crumple zones and side intrusion beams on the doors, also has what the company calls the inertia switch.

Tata Motors claim that in an emergency situation, the inertia switch in the Safari Storme VX automatically cuts off fuel, unlocks doors, and activates the hazard lights. But it doesn’t seem clear if the inertia switch will get to work under emergency braking for which cutting fuel supply and unlocking doors would be a bit too much. Or in case of a crash in which case, there’s no point of hazard lights.