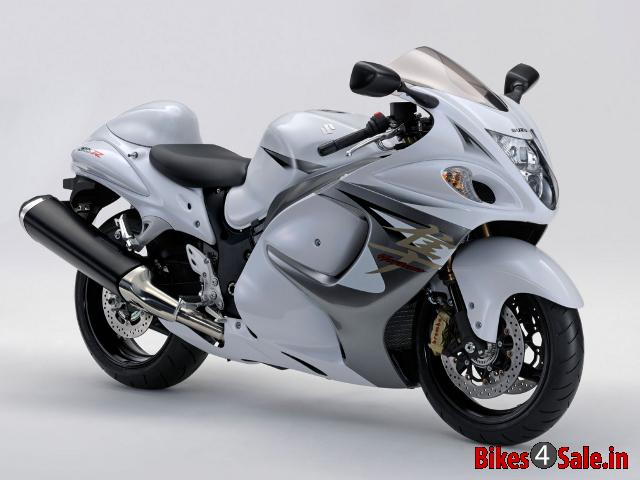 "If you think the ability of a motorcycle to approach 190 mph or reach the quarter-mile in under 10 seconds is at best frivolous and at worst offensive, this still remains a motorcycle worthy of just consideration. The Hayabusa is Speed in all its glory. But Speed is not all the Hayabusa is," commented Jay Koblenz of Motorcycle Consumer News.

Suzuki Hayabusa or GSX1300R, the dream bike of every rider, the fastest production motorcycle ever built in this world and a lot more are the synonyms of the Hayabusa. Since its birth in 1999, the giant is known for its eye vanishing speed. Pumping out at a top speed of 312 kmph, the moto-machine leaves no room for its rivals.

'Hayabusa' is a Japanese word which means Peregrine Falcon, which is a bird used as a metaphor for speed due to its vertical hunting dive. Well, the machine has got the same dimension at front which is carved to have a dived shape. This design is not all about to resemble the falcon. But to aerodynamically balance the two wheeled machine even at the fastest velocity. It is said that the name 'Hayabusa' was purposefully badged in order to chop off the Honda CBR1100XX Super Blackbird to be the world's fastest production motorcycle. The fun behind the naming is that the peregrine falcon has blackbirds as its prey. With a difference of at least 16 kmph, the Hayabusa surpassed the Super Blackbird.

Once there was a time when the European manufacturers struggled pathetically hard to compete with the Japanese firm. They even wanted the firm to clear Europe. Finally, it led to an informal agreement between the Japanese and European companies regarding the speed limit of motorcycles. In 2000, another Japanese automobile manufacturer, Kawasaki introduced the Ninja ZX-12R to replace the Hayabusa to become the world's fastest production motorcycle. But the Ninja was dropped out remarking a short of 6 kmph difference. Since then, there was no machine to threaten the dictatorship of the Hayabusa.

By the Hayabusa, Suzuki transparently explains the eminence of a motorcycle that moves along with the wind speed. Moulded out in the very modern sketches, Suzuki binds the Hayabusa as the most modernised machine since its birth. The motorcycle defines what exactly a bi-wheeler must be. It acts as a good racing wheeler at the track. But the machine is not all about speeding since it is entangled with gorgeous number of features those switch on safety, pleasure, comfort and everything you care on a motorcycle. Perhaps, it would be the ultimate word for motorcycling, the Hayabusa.

Book a Test Drive through Bikes4Sale and we will try to get you the best offer for Suzuki Hayabusa GSX1300R. 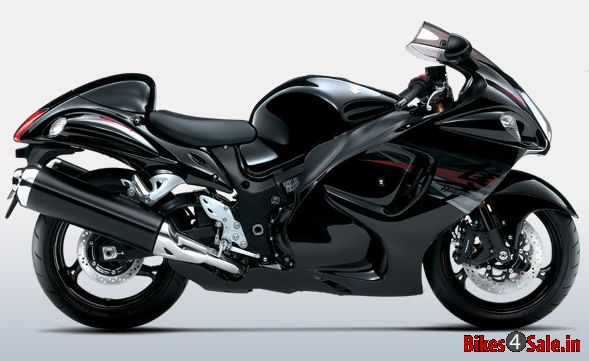 The Hayabusa is one hell of a superbike once can have on the roads. Suzuki has developed the Hayabusa with a marvellous and eye-catching uniqueness that it instantly attracted a large following around the world. The Hayabusa, which takes the aerodynamic shape of the Japanese peregrine falcon has been well knowing for cutting through the air with incredible agility and performance. 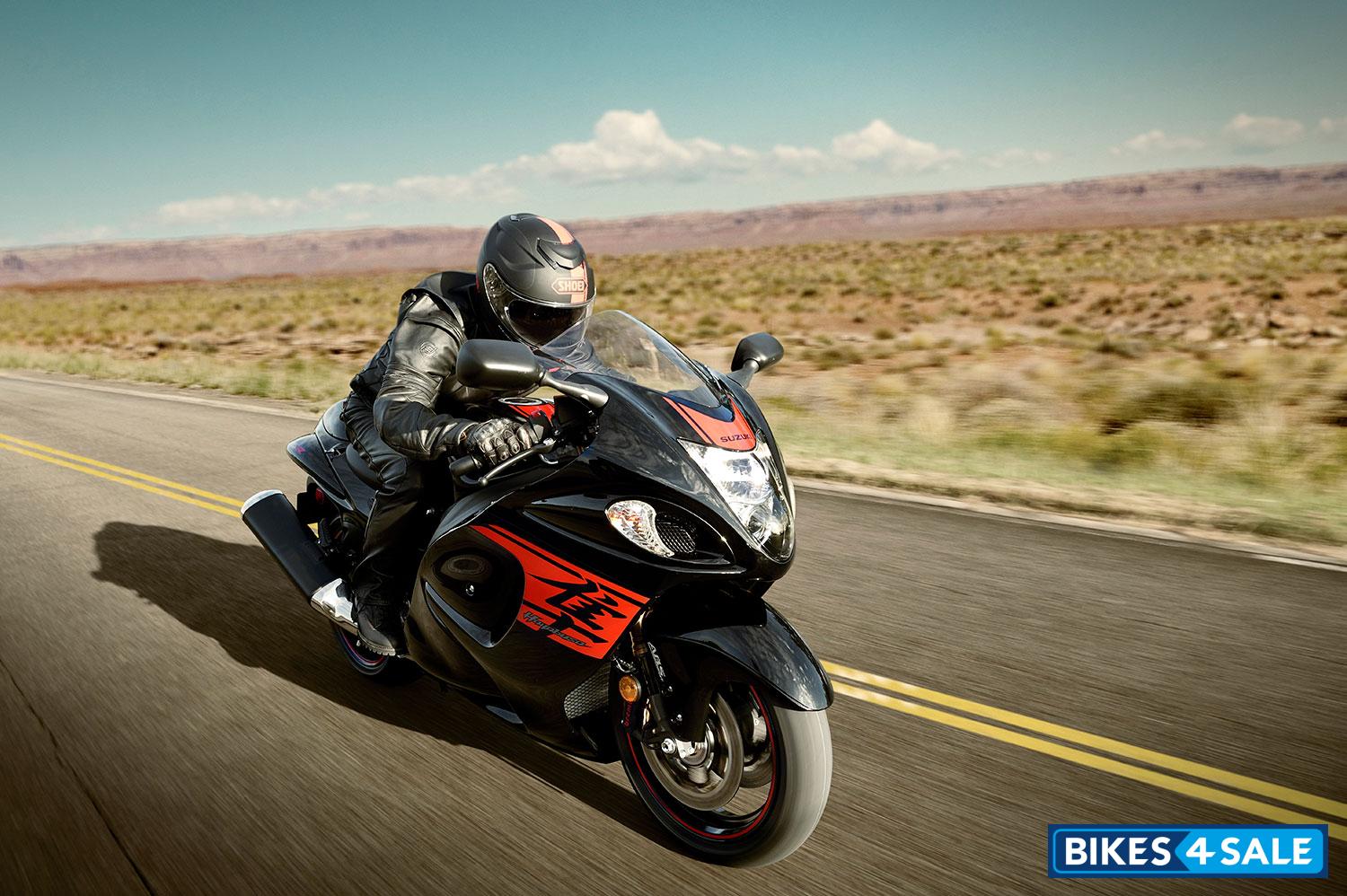 The unmatched manoeuvrability and silky smooth ride ensured by the Hayabusa makes it a favourite superbike for many. The windswept design combined with the very powerful 1340cc 4-Stroke, 4-Cylinder, a Liquid-cooled engine is a hell of a combination any rider aspires in a motorcycle. The resonating feel of pure power and uncompromising attitude of the bold authority of Hayabusa inspires the rider. The Hayabusa produces a maximum power of 197 bhp @ 9500 rpm and a maximum torque output of 155 Nm @ 7200 rpm. The top speed of the bike is 312 km/h. 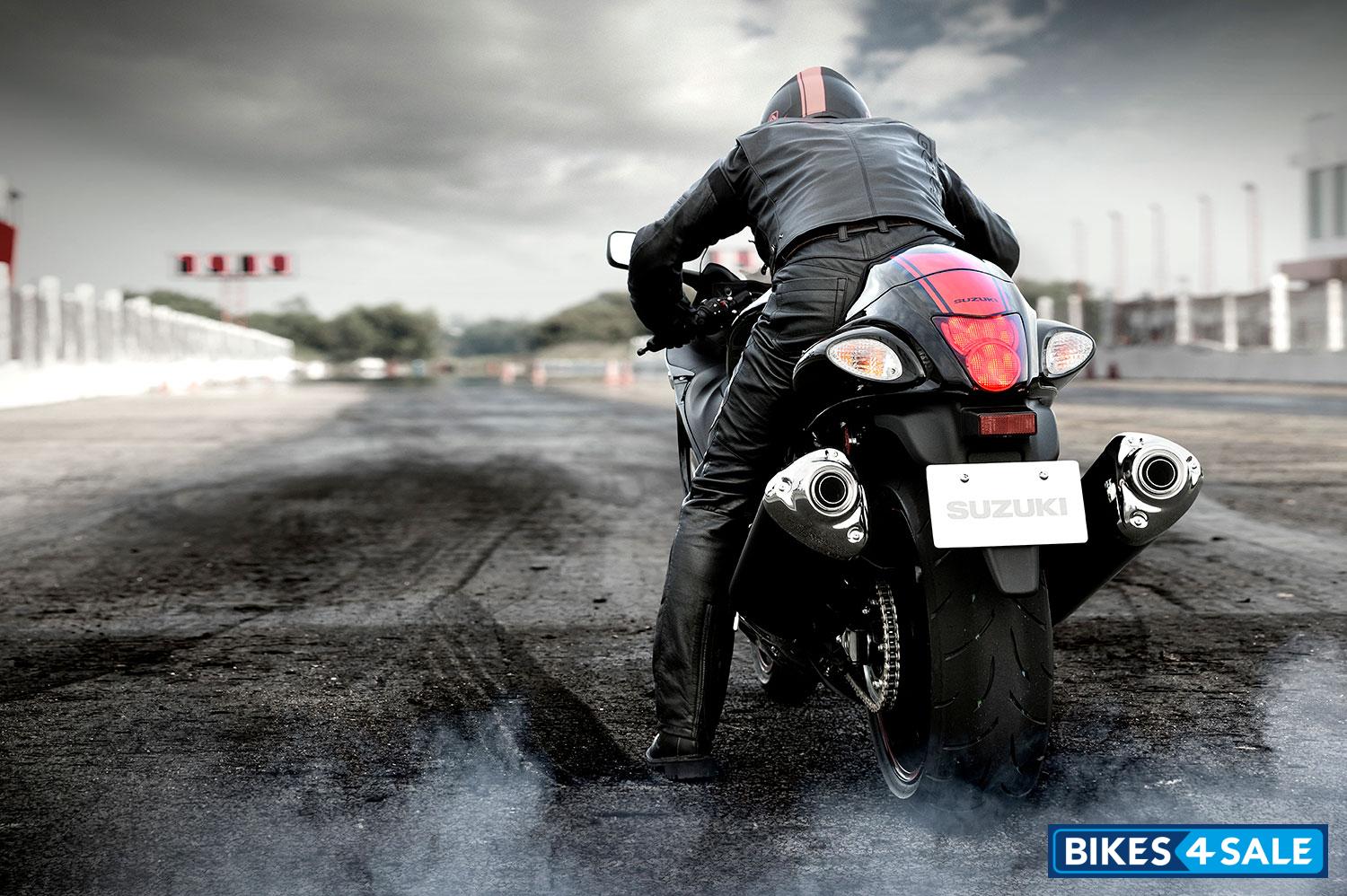 The Hayabusa features the unique Suzuki Drive Mode Selector (S-DMS) system, which can allow three selectable rider modes according to the preferences of the rider in various riding conditions. The suspension duties of the Hayabusa is done with inverted Telescopic, Coil Spring, Oil Damped at the front while the rear suspension is of Link Type, Coil Spring, Oil Damped. The braking of the bike is done with twin disc brakes with ABS at the front while the rear brakes are of a disc with ABS. The overall weight of the bike is 268kg.
Test drive reports, reviews and news
User Reviews of Hayabusa GSX1300R. Write Your Review
Nice bike and I give 1.20,000 after years
By Danish on 23-10-2015
this vehicle very good look. how much final price?plz call 09901035745
By Jafar on 28-08-2015
No words for this bike. Its my dream bike n I love this bike bcos its look n aggressive power is sufficient to told why. vrooooooom.
By Priyanshu on 06-11-2014
Its front look and its high bass strokes with a huge power in it. 312 max speed zoooooooom . i would love to have this mascot in my gallary of bikes.
By Manoj M on 19-01-2014