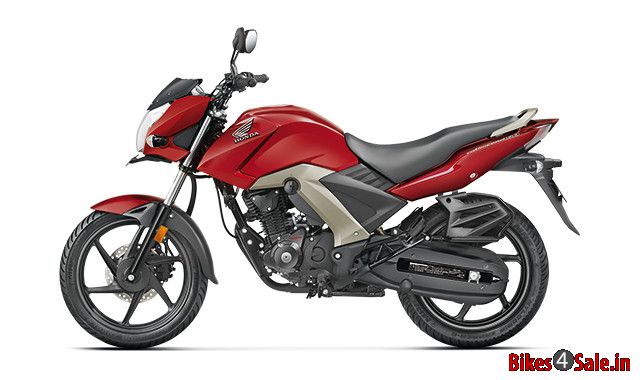 CB Unicorn 160 is the upgraded version of their Unicorn 150 launched in 2014. Unicorn was considered to be the best seller 150cc motorcycle for many years.

CB Unicorn 160 uses 163cc air-cooled engine, capable of drawing 14.5 bhp @ 8000 rpm and a peak torque of 14.6 Nm @ 6000 rpm. This motorcycle uses carburetor fuel delivery system. Engine is mated with a 5-speed gearbox for the power transmission. The diamond type chassis borrowed from its ancestor, Unicorn is used here. Honda has developed a whole new mid-size engine for this Honda.

Suspension system comprises of a telescopic fork at the front and spring loaded hydraulic mono-shock at the rear. Braking force of this bike relies on 240mm disc at the front and 130mm drum brake at the rear. Honda's Combi Brake System is featured here. Alloy wheels with tubeless tyres are used at both the ends.

Top speed of this bike is recorded to be 106 kmph as it uses 160cc engine. With a fuel tank capacity of 12 litres and a mileage of 62kmpl, it is a good option for long distance commuting.

Honda has stopped the production of its motorcycle CB Unicorn 160 and hence the given price is not relevant. If you want to check the price of second hand CB Unicorn 160, try our Bike Valuation Tool. 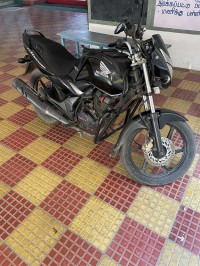 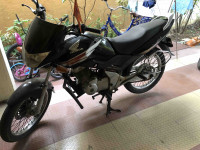 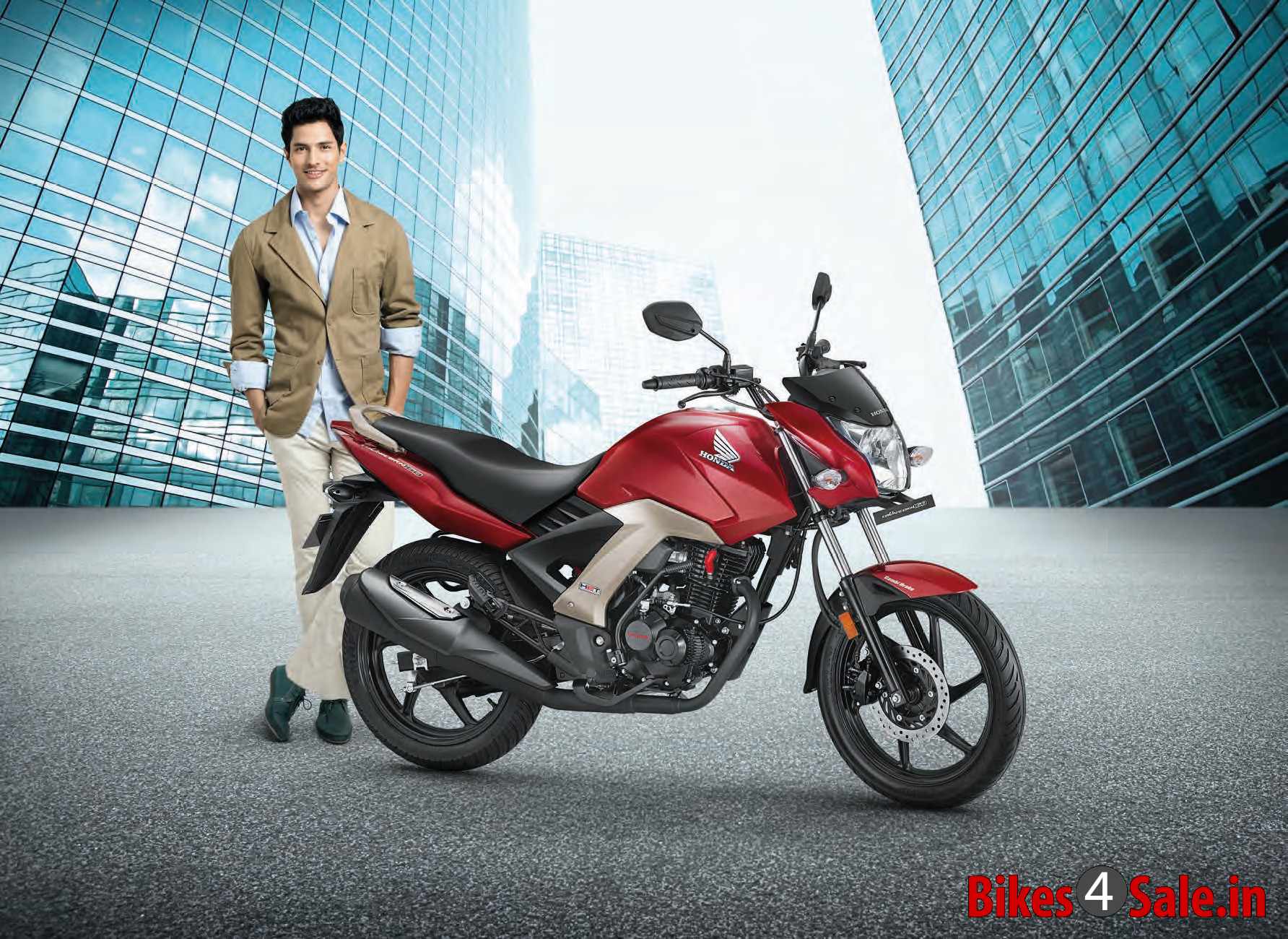 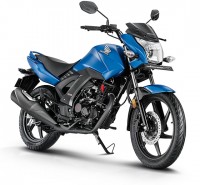 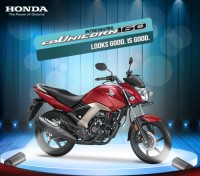 There was a time in India when all men were after a single motorcycle. It was none another that the Honda Unicorn. Launched in 2004, this 150cc commuter attracted millions of heart with its unique styling and features. CB 160 is the eldest member of the Unicorn family launched in 2014, following the footsteps of one of the best selling motorcycle of the country. 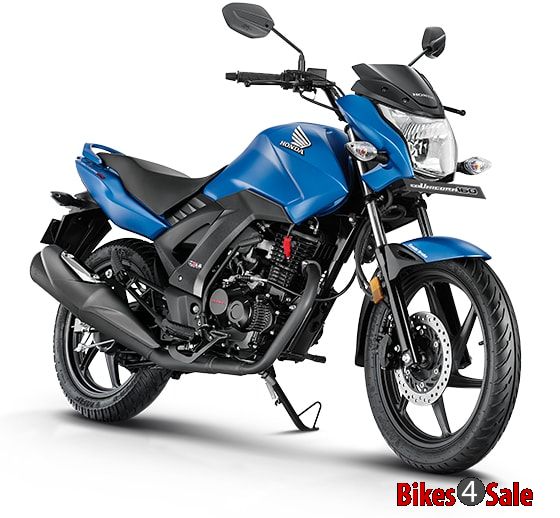 Design and Features
The Honda Unicorn was designed in such a way that, it perfectly blends into the day to day usage of adult as well as youngsters. It had more mature fuel tank shape and head lamp cluster. But the CB Unicorn 160 is rather a different motorcycle with its mechanical and cosmetic changes. Honda has incorporated premium and sporty elements to this bike. Upfront the bike features a new smart headlamp with AHO which have an aerodynamic front visor on the top. Honda has restrained the fuel tank shrouds on which the iconic 3D Honda emblem is affixed. At the tail portion newly designed ‘H’-shaped LED tail lamp is an attention seeking component. A well designed exhaust kit is the other additional feature to this 160 variant. 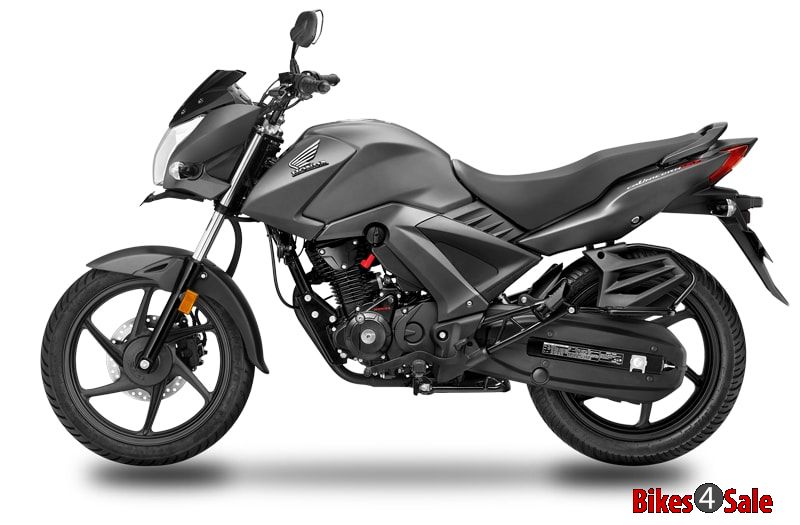 The CB Unicorn 160 gets a full digital instrument console, displaying all relevant information. the advanced Combi Brake System with Equalizer helps in smooth and effortless braking, even at higher speeds. Seats are longer and looks more presentable than the Unicorn 150. Built quality of Honda motorcycles are renowned, but somehow they had used many cheap, flexible plastic panels under the fuel tank section as a part of cost effective management. And the engineers of Honda has managed to reduce the weight of this motorcycle from the previous Unicorn. 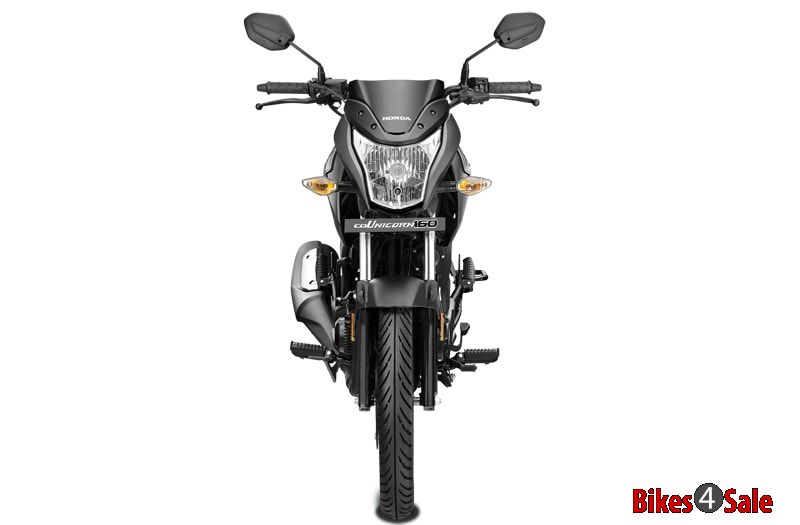 The Engine
It uses a new 162.7cc, four stroke, single cylinder engine with a longer stroke from the standard Unicorn. The engine is mated with 5-speed gearbox and churns out a maximum power of 14.5 bhp @ 8000 rpm and a peak torque of 14.61 Nm @ 6000 rpm. This engine can take this motorcycle to a maximum speed of 108 kmph. The compression ratio of the engine has been upgraded from 9.9:1 to 10:1. Unlike the standard Unicorn this one have an awesome throttle response. 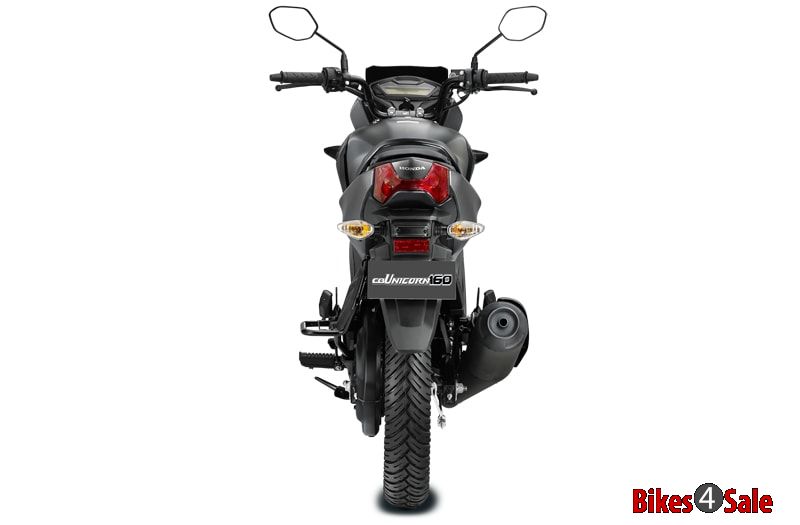 Suspension, Chassis and Braking
Honda has imposed a new diamond type frame for this motorcycle. Therefore, riding position is bit more sportier in the CB 160. It uses the same suspension system from its younger sibling. At the front it features telescopic fork and at the rear spring loaded hydraulic type monoshock suspension system is used. Braking power of this bike is controlled by 240mm disc brake at the front and 130mm drum brake at the rear. Honda’s CBS Braking Technology has made the braking even more efficient.

Verdict
CB Unicorn 160 was a disappointing model in its first run. It couldn’t achieve what standard Unicorn gained in its early stage. The massive pricetag and mixed reviews regarding the styling were the major issues. After some hardships in the early years, it started to show some vibes in the two-wheeler market.
Test drive reports, reviews and news
User Reviews of CB Unicorn 160. Write Your Review
ಸರ್ ನಮಸ್ಕಾರ ನಿಮ್ಮ 2ವಿಲ್ಹರ್ CB Unicorn 160 ಬೈಕ್ ಮಾರಾಟವಾಗಿದೆನಾ.
ನನಗೆ ಬೇಕಾಗಿದೆ. ಗಾಡಿ ನಂಬರ್ ಮತ್ತು ನಿಮ್ಮ ಮೊಬೈಲ್ ನಂಬರ್ ಕೊಡಿ ಸರ್.
By Suresh. on 19-07-2020
sound from muffler is so irritating like you are grinding your teeth...earlier thumping sound was ok but this is awful
By Rajesh on 08-09-2017
Rear mono suspension is to hard hate driving this bike
By Theodore Selwyn on 02-02-2016
मेरे पास भी है काफी अच्छी है एक बार try जरूर कीजियेगा ।
By Bhupendra Sahu on 06-10-2015
I want to know about the mileage of the bike (Honda unicorn160).
By Satya on 13-09-2015
Please tell me the mileage of this bike. city n highway both.
By C Bhattacharjee on 18-08-2015
Its a awesome bike. I really enjoy riding on this bike. mileage also supab!!and what a pickup.
By Udipta on 09-07-2015
Bcz. unicorn never create sound whn its riding.
By Shahabaz Khan on 30-12-2014
Looks good. Unicorn 160 will sell like hot cakes. Honda should have launched this two years back.
By Jayakrishnan on 19-12-2014
What is the mileage of Unicorn 160 ? Will it be less than Unicron 150?
By Unni R on 18-12-2014