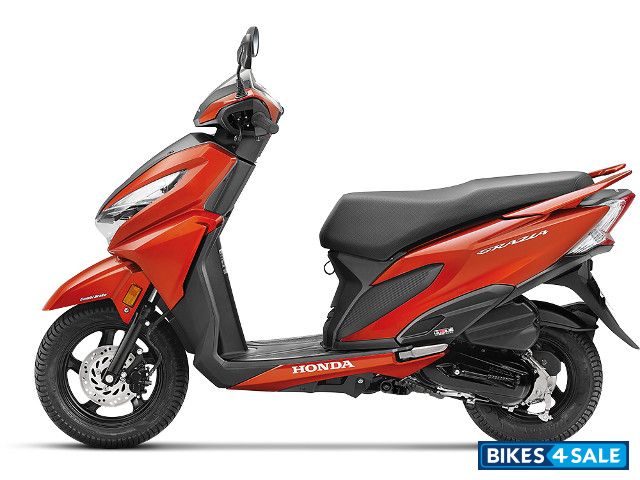 Launched in India in November 2017. Grazia is not in production now.

Honda has stopped the production of its scooter Grazia and hence the given price is not relevant. If you want to check the price of second hand Grazia, try our Bike Valuation Tool. 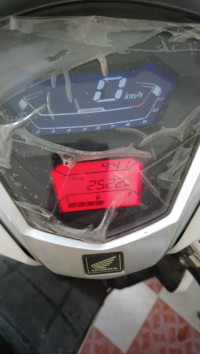 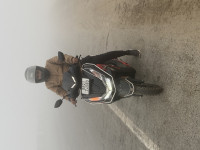 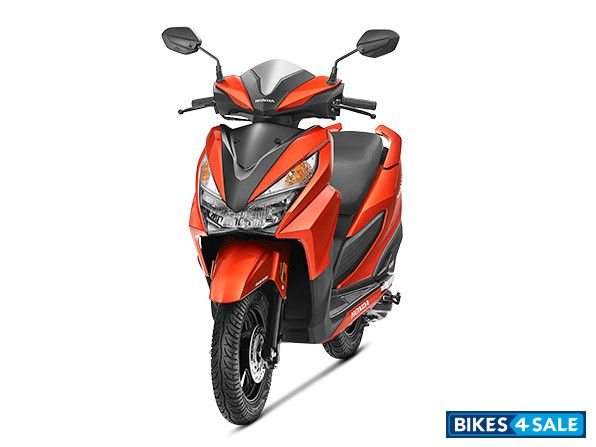 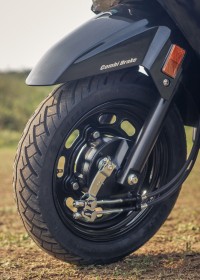 Honda Activa is the best-selling two-wheeler in our country for more than two years. According to the current market study, things won't change in the coming years as well. In such a scenario, Honda has launched a brand new, stylish-looking, 125cc scooter called Grazia at the Indian market. By launching this scooter, Honda targets the young customers who are looking for a modern urban commuter in the market. 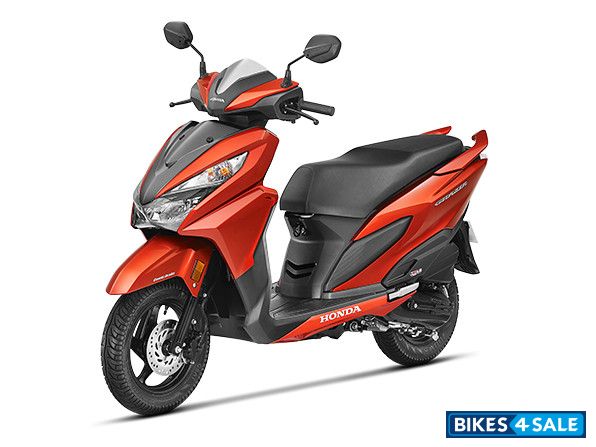 Design and Styling
Grazia has been designed to look stylish and trendy with a modern face and futuristic outlook. It gets the same body language of Honda Dio, but aesthetically Grazia is a lot more attractive and gorgeous in every aspect. The wide LED headlamp with LED turn indicators decorates the front apron. A V-shaped matte black plastic material at the front gives a distinctive styling to the Grazia.

The muscular lines and those matte black plastic jobs are visible all along the body parts. From sides, the front apron including the headlamp assembly resembles something of a shark nose. The fully digital instrument console has been inspired from the Honda Aviator and which consists of 3-step eco speed indicator for achieving class-leading fuel economy. From the rear, Grazia is equally appealing. The LED tail light and sporty split grab rail gels very well with the overall design of the scooter. Other utility features include a front glove box, mobile charging socket, 4-in-1 key slot with seat opening option, spacious 18-litre under seat storage space and black painted alloy wheels with tubeless tyres are also found in this model. 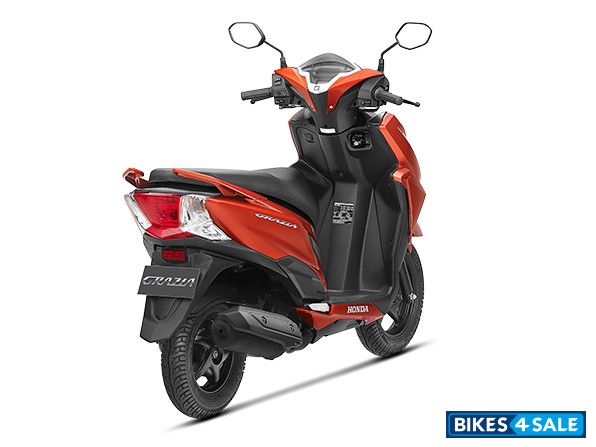 Engine and Performance
Honda Grazia is powered by 124.9cc, fan-cooled, 4-stroke engine delivering a maximum power of 8.52 Bhp @ 6500 rpm and peak torque of 10.54 Nm @ 5000 rpm. Top speed of this scooter is 85 kmph. It gets both electric and kick start options. Grazia features V-Matic automatic transmission set-up found in Activa, Dio and Aviator models. Fuel economy will be in and around the figures of Activa 125, as both the model's shares same engine and other related mechanical features. The Honda Eco Technology aka HET revives the engine to deliver more fuel economy and crisp performance while throttling. 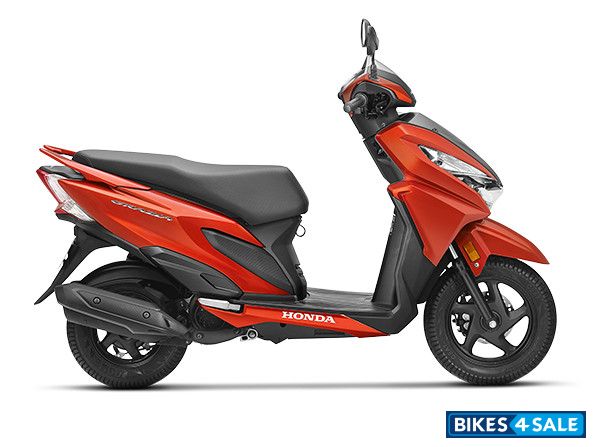 Brakes, Suspension and Chassis
Grazia gets 130 mm drum brakes at both the ends. Moreover, Grazia is also available in 190 mm disc brake at an additional price from base variant. The tubeless tyres at both the ends enhance superior handling capability and grip over the tarmac. Suspension set up consists of a telescopic fork at the front and spring loaded hydraulic type suspension at the rear. It features under bone type frame, familiar with the Activa and Dio models. 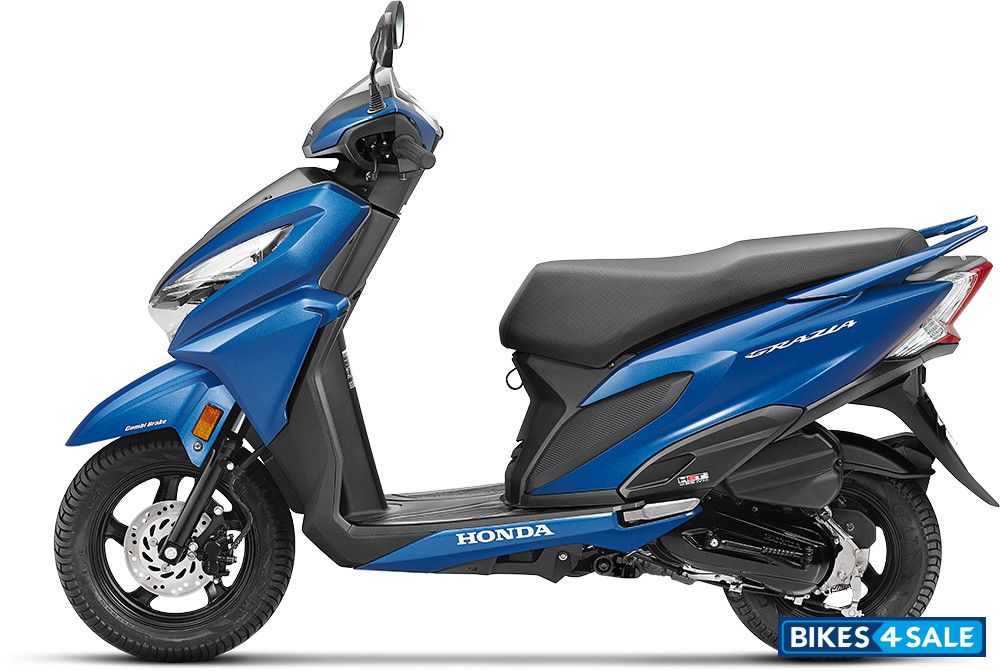 Final Words
Altogether, Grazia is a new age scooter with aesthetics of a future scooter. By launching this model, Honda is taking the competition to a whole new level with some advanced models. So far, no other makers had the courage to bring out some youth-oriented products to the market. The upcoming Hero Dare is a potential rival for the Honda Grazia.
Test drive reports, reviews and news
User Reviews of Grazia. Write Your Review
Not satisfied
By Bhaktha Vathsala on 08-03-2018
Super and stylish vehicle
By Gautam. S on 01-02-2018
I purchased one grazia. All round , it is good, especially in pick up and riding comfort.
By Dolichan M M , Moolayil House, Cmc 03 Cherthala, Alappuzha on 27-11-2017
Contemporary & Stylish.
By V Hariharan on 17-11-2017
Mileage and price in Punjab
By Subedar on 03-11-2017