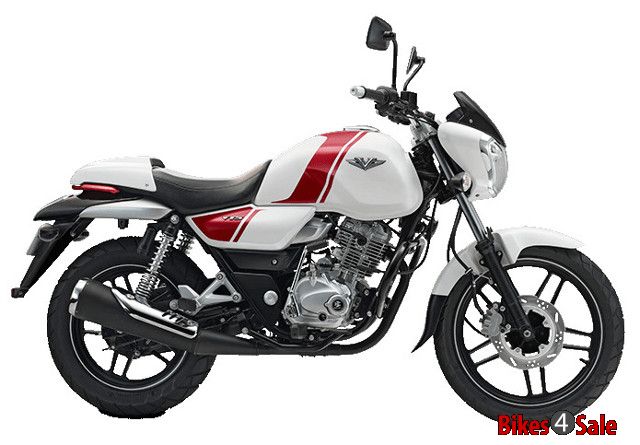 Bajaj V15 is made from the scrap metal of India's first aircraft carrier INS Vikrant. This warship was used in Indo-Pak war of 1971. In 2014 this ship was scrapped for steel and the fuel tank assembly of V15 is made from this. This 150cc motorcycle is the beginning of new commuter series from Bajaj motorcycles, which will be revealed in years to come. V15 is entirely different from all other 150cc class motorcycles from Bajaj. The new styling comprises a cafe racer attitude as well as an urban commuter.

The main attraction of this bike is the new trapezoidal headlamp with efficient brightness and the new sculpted fuel tank. Both these are standout features of the motorcycle. Megaphone style exhaust kit, multi spoke alloy wheels and new painting scheme are spot on highlights. The rear section of V15 comprises a well designed handle bar and LED tail lamps. The optional rear seat cowl too is fashionable. This can be removed just by using an allen key. The 149cc engine produces 12PS power @ 7,500 rpm and 13Nm torque @5,500 rpm with a 5-speed gear box. Bajaj guarantees a mouth watering 75 kmpl mileage and a top speed of 109 kmph.

Bajaj has stopped the production of its motorcycle V15 and hence the given price is not relevant. If you want to check the price of second hand V15, try our Bike Valuation Tool. 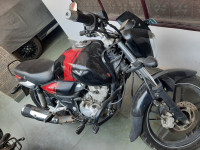 Bajaj launched their brand new commuter segment 'V15' in the year 2016. The 'V' in the V15 stands for the iconic warship INS Vikrant, which had played a keen role in the victory of 1971 Indo-Pak war. The metal parts of V15, especially the fuel tank is made from the scrapped metal parts of Vikrant when it was decommissioned in 1997. 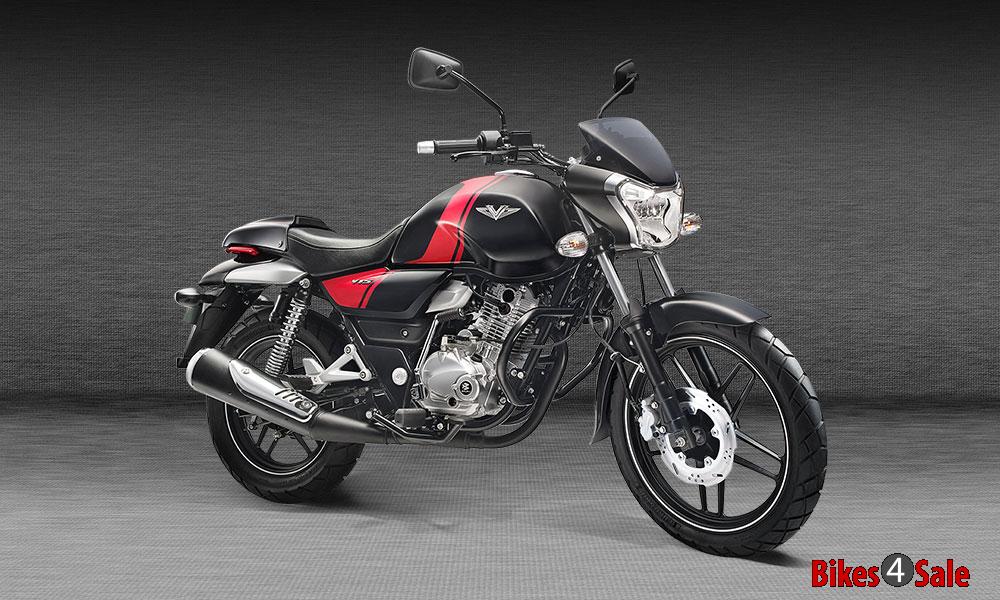 The Design and Styling
It was a brilliant at the same time a bold move by Bajaj to develop V15. The Bajaj V15 doesn't look like any other 125 0r 150cc motorcycle that we had seen on the roads. Unlike other motorcycles, we cannot classify this bike into a particular category. It does have traits of a cruiser from the front, cafe racer from behind and shape of a retro-inspired motorcycle from sides. The large trapezoidal headlamp, neo-classical tail light and the large muscular fuel tank are the exquisite features that make V15 a superb motorcycle. In order to give a rich-premium feel, the fuel tank of V15 is decorated with a unique 'V' badge. 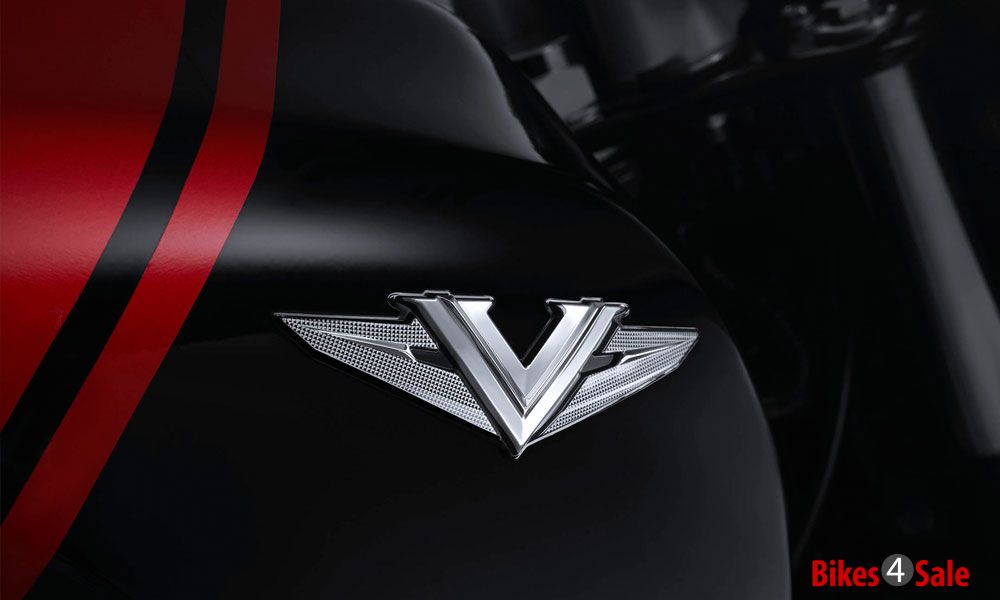 The Bajaj V15 gets premium textured seats. Moreover, a rear seat cowl stimulates cafe racer kind of feel to this motorbike. One can easily replace the cowl and use it as pillion seat. Instrument console of the V15 looks neat and elegant. It displays analogue speedometer, odometer, fuel gauge and battery warning lamp. Moreover, the fuel refilling cap gets a unique 'INS Vikrant' badging as a homage to the vessel. 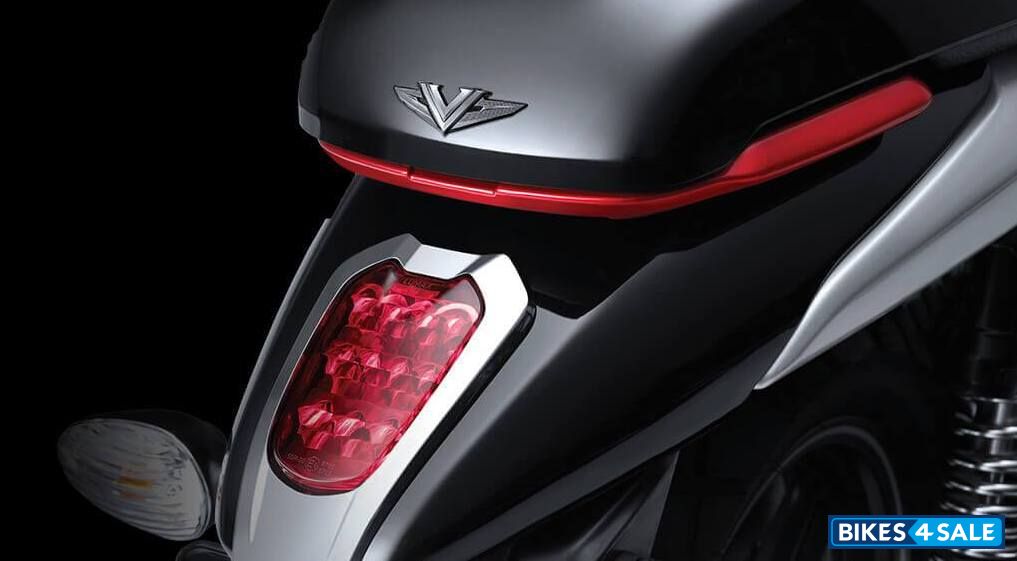 The Engine
This motorcycle is powered by 149.5cc, single cylinder, air cooled DTS-i engine delivering a maximum power of 12 Ps @ 7500 rpm and peak torque of 12.7 Nm @ 5500 rpm. The engine is mated to 5-speed gearbox found in the entire Pulsar range. It also features a new silencer delivering a punchy exhaust note. The weight to power ratio of the bike is also good, making it as a mature motorcycle. 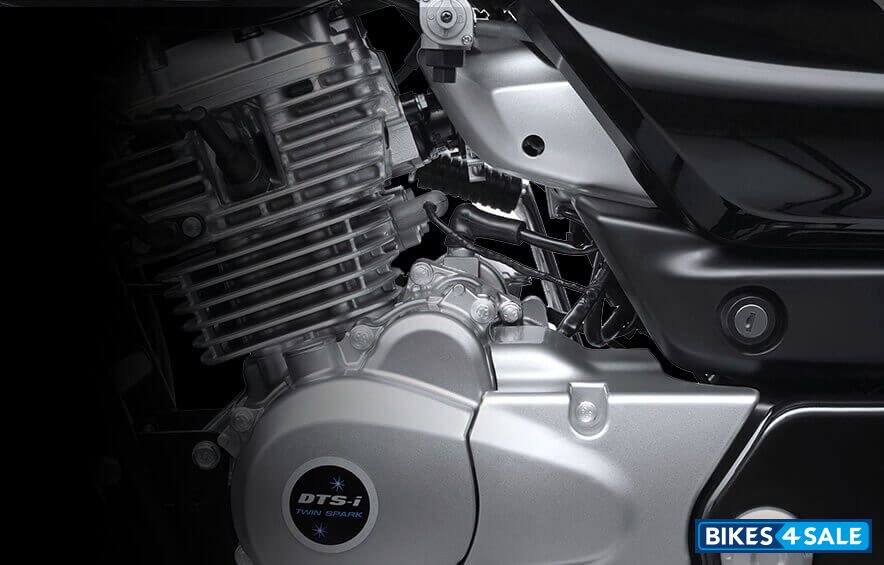 Suspension, Chassis and Braking
It features 33 mm diameter solid front forks and Nitrox gas filled twin shocks at the rear enables the rider to travel anywhere. A 240 mm disc brake at the front and 130 mm drum brake at the rear complete the braking duties of V15. The whole bike is built around the solid muscular frame, which provides the extra toughness required to go beyond the tarmacs. 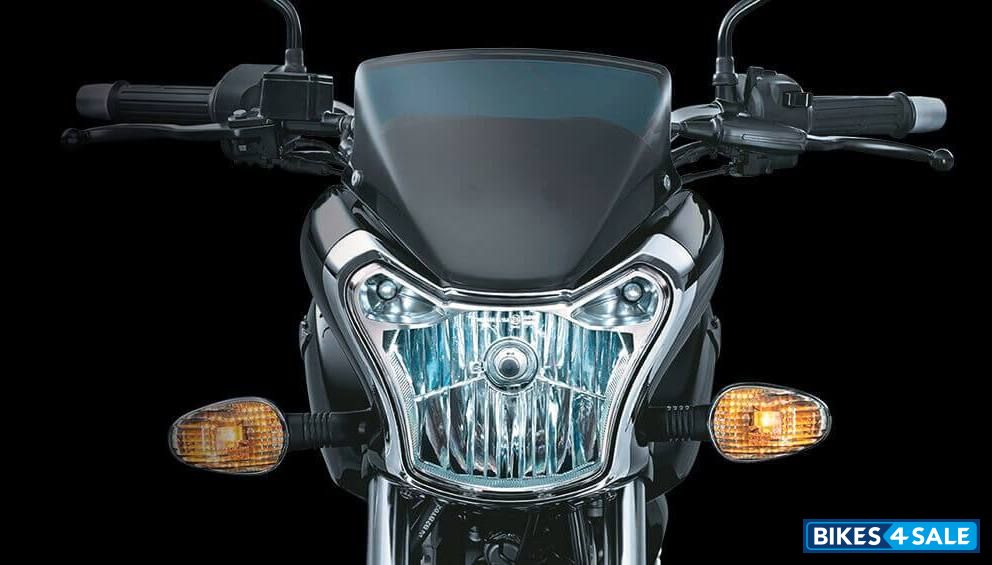 The Verdict
Altogether, it is a brave attempt by the Bajaj bi-wheelers to develop an off-beat motorcycle. The makers had deployed a new paint scheme as well as design culture to this machine. However, it doesn't have that extra element to lure the young riders. Rather, it is for senior and bit more composed category of people as day to day commuter.
User Reviews of V15. Write Your Review
6005038834
By Ali Ahmed Hussain on 30-09-2020
It is BIG LIE that it is made of ins vikrant
Agr ins vikrant ka scrap metel hota to usse kul 500 ya 700 bikes ka metal nikalta fr itni bikess kaha se aaye vikrant ki
Aur iska comfort 100 ha bht hard schokers ha mat lo ye bike isse acha bajaj chetak chalao
By Musayb Ahmad on 12-10-2018
Really a big stupidity on the name of nation pride. Gear, engine, body, lamp, kick seat everything is going out of expectations and news i heard before dealing. Worst range. M/s Bajaj should think what they had given to us. Within four month i m feeling.. Bus aur nahi. Lol 😁 choice was my but it was really very poor.
By Mitalesh on 17-08-2017
The V15 is a great initiative from Bajaj. It pays tribute to the INS Vikrant and in effect the sovereignty of our nation. Equally important is the message of indigenous production. Countries like Japan, Sweden, and Germany earn respect all over the world because of their contribution towards science and technology. In order to make our country truly great, innovation must come from within. The Bajaj group has been making in India long before 'Make In India' and hence they are the best people to honour our country's legacy.
By Prithviraj Thampan on 19-07-2017
I were also impressed by this bike..it's loooks & features are too good..and the main thing is that it's related to our Indian history...
By Vivek Adhikari on 07-10-2016
looking some different so I brought
By Raja on 12-09-2016
Hi im looking for v15 bile for emi basic can u pls give me a price as soon as possible
By Vinod on 08-09-2016
Excellence bike excellence power according to 150cc but front is unfair
By Rishabh Aggarwal on 29-07-2016
Awesome bike. feeling proud on my choice after choose this one bike for me
By Nikunj Munjapara on 11-07-2016
mileage for Bajaj V15 is 57km/l not 75 :)))
By Naman on 04-07-2016
Its oil leaking in one week
Kindly provide me the solution
And low pickup
Customer support is bad they are not picking my coll
Please reach me at 7019204800
By Jameel Ahmed on 20-06-2016
I purchased V15 on April 8th 2016 at Sri Siddi Vinayaka Showroom, Begumpet, Hyderabad. For the first two days it was fine and then started showing the list of problems in it
1) Poor Pickup - On any gear it doesn't feel like a 150cc bike(not even close to a 110cc bike)
2) Gear Shifting Problem - sometimes gears doesn't shift well and they make disgusting noise when changing.
3) Exhaust Sound (Beating) - The beating which is there for the initial two days is completely changed and now it sounds like a bike which is 5 years old. Completed disgusting and annoying. It is not the original beating like when it was new.
4) Engine - Every time when you raise the bike on any gear there seems to be a annoying sound from the engine which is not so audible (you have to observe it carefully). I can easily say that this engine not for long lasting. Hardly it will last for two years.
5) Mileage - One of the worst problem i am facing now. Can you believe a 150cc bike which has no proper power, no performance just like the other 150cc bikes but still it is not giving a mileage of 40KMPL. As of now the mileage is below 40.
6) Pillion seat - When you remove the rear seat cowl and sit on it while some one is riding, you can easily slip back and may fall down. Not at all comfortable for the pillion
7) Side indicator's doesn't make sound when they are in use, just like the other bikes. Then just simply blink.
8) Fuel gauge - The digital fuel gauge which is completely useless , sometimes it shows four points and the very next minute they reduce to two points.
9) Service - The showroom guys are completely reckless and irresponsible. I have explained all the above to them with in one week (15th april 2016) but they are not answering to any of the question properly. They simply say "Go to service center" or "Wait for the first service, initially the bike will be like this only".
By Vishnu on 18-04-2016
Nice bike but the front head light is something bad but overall super
By Jose on 03-04-2016
Nice looking bike. Like a Bullet. I will buy this bike when I am well settled.
Thanks Bajaj. Indian company
Vikarant v.15 bike.
By Govin on 05-02-2016