Your heart might thump faster when you watch those motorbike stunts on silver screen or for that matter you will be simply be fascinated when you must have seen Bollywood hunk John Abraham on a Suzuki Hayabusa or watching the latest version of your favourite bike in a parking lot that motivates you to own one.

Be it a low-end bike or a high-end one all have the same potential to drive you crazy. Bikes have always given us precious moments; including some joyous rides, cruising through the traffic snarl with ease and making all four-wheeler guys fume with fury (ah! Envy we know!) or accompanied you as a best friend on those rainy and sultry days. There is surely an emotional attachment for every bike owner and a story to narrate about his riding experience. But we hardly give a thought to how these amazing man-made metal machines were created that are tirelessly serving us for years. Let's go back...

The origin of motorbike
The history of motorbikes drifts us back to the middle of 19th century when the bicycle was modified into a motorbike with a very few mechanisms that earned the name of a 'motorcycle'. In 1885 Gottelieb Daimler and Wilhelm Maybach the German inventors created the first motorbike that sported a petrol-powered engine. 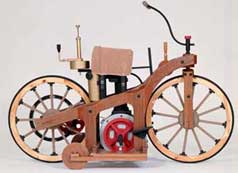 In 1902 the bicycle maker Triumph installed a Belgian made engine and launched their first motorcycle and the following year Harley Davidson came up with their bikes. 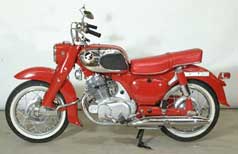 When did India get its first bike?
Motorbikes have become such an integral part of very average Indian family so it is all the more intriguing to explore the history of bikes in the country. The bike entered the Indian arena rather very late and was launched out of necessity. In 1955 the first ever motorbike was bought out by Royal Enfield Company that was a 350cc-powered engine popularly known as Bullet, which arrived in India to aid the army and police officials for improving their patrolling duties. This Bullet got its original form in Chennai. The bike soon touched fame and popularity and many Indian homes greeted the Royal Enfield bikes. The bike scene gaining momentum motivated the Escort Motor Company to launch their version called Rajdoot that proved to more efficient and fulfilled most requirements of the middle-class Indian families. The Rajdoot ruled the Indian roads for a long period.

The followers
Looking at the fast growing motorbike market in India, the Japanese two-wheeler icon Yamaha launched their series of superior bikes for the Indian consumer and was ranked the numero uno for almost a decade.

Soon other foreign companies gauged the popularity of motorcycles in Indian market and the immediate ascender was Hero Honda that featured bikes, which were fuel-efficient and had no maintenance cost, which raised the bike to fame in not time. Soon to follow the race were the Indian companies Bajaj Motors and TVS motors who joined the celebration of bikes in the country. And today India has variety of bikes; you name it and you have it. There are most basic models to Super bikes that cater to all class of people. It definitely will not be an over-statement to say that India has a leading edge in this bike-race.

Published by Bikes4Sale in category Feature
Latest Comments. Share Your Opinion
When did the term 'motor bike' start to replace (or accompany) the term 'motor cycle'?
By Katherine Cummings on 18-04-2021
we need so much more information please. This only helped a little bit!
By Sarah on 19-11-2014
I have found a photo black &white of rider on old indian looking bike with the name the Maple on tank with rider on bike looks like flat track racer Great condition I am trying to find out some information on this if so possible Regards Kevin
By Kevin on 20-08-2013
could you plz send me more information on motorbikes.
By Pranav Dwivedi on 17-12-2010
ONE MISTAKE IN THE ARTICLE:The first motorcycle that was sold for the common man was in 1894 not in 1984 developed by Hildebrand and Wolfmuller (REFER TO 4TH PARAGRAPH)
By Pranav Dwivedi on 12-12-2010
Excellent information on bikes. Thanks.
By Dr M A Nazeer on 27-07-2009
New Electric Bikes & Scooters