Research and innovation have resulted in advanced braking system the way fuel-efficiency technology has evolved over years. With time, today, the braking system comes equipped with sintered metal, carbon fiber and lightweight steel. Brakes basically transform the energy system; from kinetic energy (moving wheel) to heat energy through friction generated by resistance to stop a vehicle.

Disc brakes are always preferred to drum brakes at least on the front wheels because of the greater magnitude of stopping power.

Disc brakes are two part system; a disc or rotor as one part and brake caliper assemblies as the other part. On the other hand the conventional drum brake system consists of drum and the brake shoes. 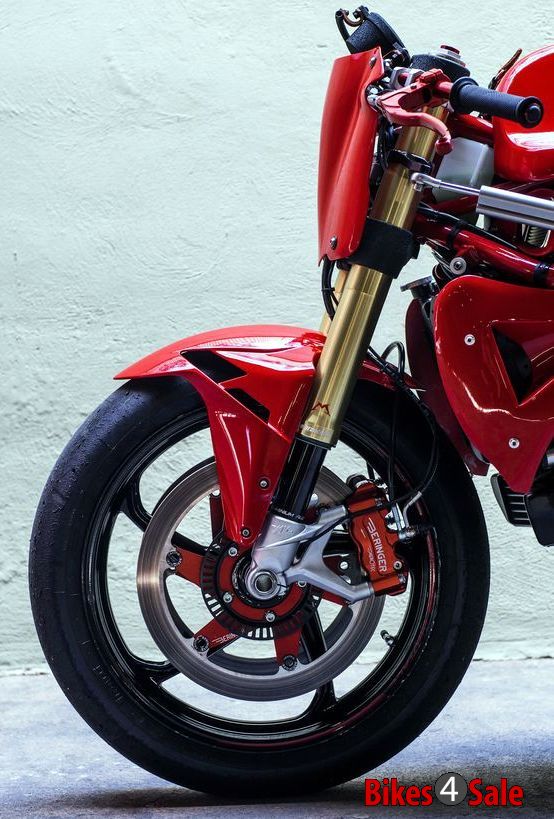 It is the caliper assemblies that consist of hydraulic pistons which push against the brake pads generating more friction to stop the vehicle. However, conventional braking system loses its effectiveness under high braking conditions as brake components get saturated with too much heat and hence lose the capability to halt the vehicle. This is not a thing with the disc brakes as the rotors are fully exposed to air, and so heat is not accumulated and cooling of the components is faster and easier than in the conventional drum braking system.

Disc brakes have shorter response time, so bike can halt immediately even if it is running at high speeds with same braking torque in comparison to drum brakes.

Again, disc brakes are suitable in almost all kinds of road conditions unlike drum brake system; the brakes fail under undulated terrain and mountainous terrains. 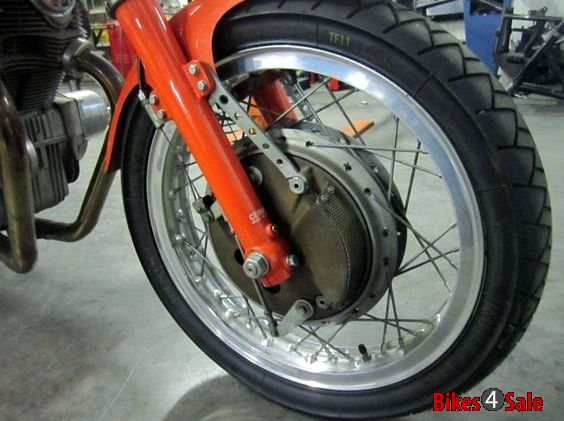 Again, in muddy roads and wet conditions disc brakes perform far better for it is mostly hydraulic and also because the centrifugal force in disc brakes fling water away from the disc brakes so there is no pooling of water around brake discs and they are kept dry. However, drum brakes will eventually collect water inside the drum surface which eventually become very difficult for riders to ride in wet conditions.

Disc brakes require few tweaks now and then and then calls for less maintenance in comparison to the drum brakes.

Published by Bikes4Sale in category Tips
Latest Comments. Share Your Opinion
Which is better? With disc brake or without disc brake?
By Ragavan on 27-11-2014
Which is better? With disc brake or without disc brake?
By Asif on 08-06-2014
Hi pls suggest me which type of breakes are sutable for honda CB SHINE. I will use the bike in bangalore city.The speed maximum is 50-60 kmph.
By Venkat on 23-11-2012
hello, sir iwant to know about honda's cb twistter bike which has three models . i want to know about disc and drum brakes in cb twwister , its drum brake bike is cheaper than disc brake .but the difference in between twos is approx. 7000/rs. it is too more. so now iwant to buy this bike but i am not making proper decision in this regard that drum or disc. pl .tell me what is best for me disc or drum . although i know that the disc brake is more powerful than drum but . mainly in cb twistter model , how so far it is successful, because a few days ago i found on a bike comparision website that the disc brake is not so powerful and appropriate in cb twistter than other bikes with disc brake
By Manoj Kumar Meena on 17-05-2012
Disc brakes are no doubt advanced technology compared to drum. Wheel locking is the potential hazard for either disc or drum. So ABS is again a revolutionary development. I don't agree that disc brakes will damage tyres. A lot depends on how much an expert driver you are!
By Psraju on 03-01-2012
What are the disadvantages of disc brake system?
By Murugan on 07-02-2012
Thanks for information, I was told that the disc breaks will spoil the tyres very fast as compared to drum breaks.
By Deshpande S S on 09-11-2011
What are the disadvantages of disc brake system
By Harshal on 08-07-2011
D bike is nt gng to skid if u apply both brake simntnsly i.e front disc n rear drum if u r runng nt abve 80 kmh.
Der is much chance f skidng is ven u apply disc brake hardr on turns n u r in sped too.
By Vroom on 16-12-2010
Wont the bike skid it the disk brakes are hit harder?
By Apoorbo on 02-03-2010
thanks for your kind information
By Sukesh on 16-12-2009
A good info...after read this article only understood the difference btwn Disk breaks & drum breaks...Thx
By Deiva on 31-08-2009
Braking causes the car's weight to shift forward, and as a result about 70% of the work is done by the front brakes. (That's why your front brakes tend to wear out faster.)By fitting disc brakes to the front wheels and drum brakes to the rear wheels, manufacturers can provide most of the benefits of disc brakes while lowering costs. (Drum brakes are less expensive to make than disc brakes, largely because they can also double as a parking brake, whereas disc brakes require a separate parking brake mechanism.)
By Abhi on 21-10-2009
why the manufacturers give disc brakes to only the front wheel in many makes of them.
By Bhuvanesh on 02-10-2009
Thanks for the informative article!
By Kumar on 15-04-2009
Add Your Comment
Low Interest Bike Loan