The very mention of Yezdi Roadking might bring nostalgic memories for many of our fathers and elder brothers, although we didn't have had so much riding pleasure as they experienced; remember my uncle saying that the sound or the ride experience both unique with the Yezdi. When I was a child I used to see a few marketing reps in our lane vroom on those Yezdis, and remember watching them in awe as they try and ride them without having to use the clutch but managing with the gears, I still harbor so much fascination for these 2 stroke machines.

And the reason why I started remembering my first love? Bangalore witnessed many Roadkings cruise on Sunday July 11 2010 as people celebrated 8th International Jawa Yezdi Day in Bangalore.

Now listen here, the second Sunday of every July will be the International Jawa Yezdi Day. A day simply dedicated to the vintage 175cc, 250cc and 350cc machines sold from up to 1996 is just so refreshing to eyes.

The event felicitated Jawa and Yezdi mechanics (believe me, you wont find them as many as repairing Pulsars or Karizmas) and the bikers who brought their beloved Yezdis rode to Channapatna on Mysore for a lunch there.

How I appreciate the event organizers and all Yezdi lovers for their solidarity and I felt it is time to write about Yezdi and keep eyes of the young generation open to the vintage beauty.

For the Pulsar or Fazer-loving young college going generation the Yezdi may sound an all-new name, little do they know the sound this 2 stroke Roadking can emit.

First off, the Yezdi bikes were the make of Ideal Jawa Ltd (India), which was based in Mysore that sold, licensed Jawa and CZ motorbikes way back in 1960. Originally, the bikes were sold under the brand name of Jawa but were later re-christened as Yezdi. 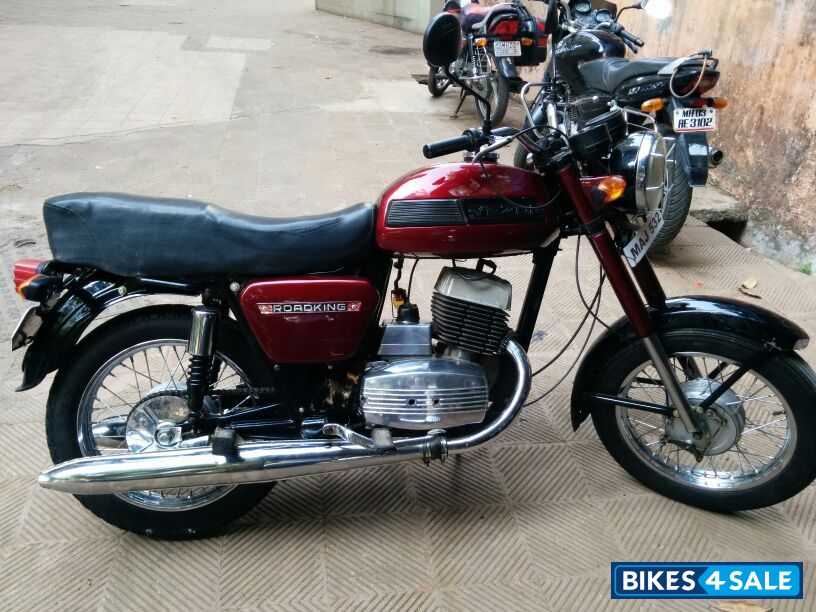 The company shut shop in during 1996 had many models ruling the roads during its being and the company exported various models to around 61 countries. One model that is worth mentioning and will be the topic of my experience- the Roadking; Ideal Jawa supplied custom-made white colored Yezdi Roadking bikes for the Police force of Guatemala.

Brief history of the Yezdi Roadking
The Yezdi Roadking was manufactured between 1978-1996 and the model was particularly based on its predecessor CZ 250, which booked the runner-up place in 1974 Motocross World Championship and the bike was rode by Jaroslav Falta. And the Roadking too made a mark for itself in most of the rallies held in India. Here is a small trivia about the Roadking- Riders from Bangalore Deepak Kamath and G.H Basavaraj covered 42,038 km around six continents in a motorcycle expedition called the "The Yezdi Castrol Continental Ride'. Now that should say a lot about the bike.

The bike features solid look, and to warn you here- no, there will be no attractive plastic around, no digital tacho-wackos, no double tones or graphics no stylized blinkers as well, still, Yezdi screams a lot of masculinity by every sense of the word. The bare look of the Roadking was enough to turn heads around for the second glance, maybe even today.

The black fuel tank featured the brand name Yezdi in the striped background of red and gold, which follows under the seat area featuring 'Roadking', is very much eye catching.

Engine and Handling
The Yezdi Roadking comes powered by a 250cc, air-cooled, two-stroke cycle, single cylinder, twin exhaust and a kick-start engine. The power output is 16 bhp with a top speed 125 km/h and the bike also featured an unique semi-automatic clutch. The cylinder block was actually kept unchanged that was taken from CZ and had an over square bore x stroke. The kick-starter and the gear had a same rod, which was a unique feature then and was characteristic of all Yezdi models. Until 1989, there was an optional feature of adjusting the front fork dampers.

The single-frame chassis that originated from the motocross was designed out of a square tube. The fork was more prominent that was enabled with high rake angle along with shock absorbers that were adjustable. These features of the Roadking ensured ideal weight balance and made the handling of the bike easy and comfortable. I can identify the sound of Yezdi among a 10s or 20s of bikes

Price
The Yezdi Roadking was the only motorbike in India that would sell on premium foreign currency and the price was $300. You could not exchange that for Indian rupees! Bike riders at present would have loved to own a Roadking with a mouth-watering price and they can still buy one if they are lucky as there are quite a few sellers of this bike. The bike fits the catchphrase "The Forever bike, forever value."
Who said the Lord/s are given the old King a beating? Guys wake up this King will live for long really long.

The event, 8th International Jawa Yezdi Day will have definitely added few more lovers to this Vintage beauty and something special Yezdi. I appreciate the organizers for such an event to bring back the glory to the rugged machine. Finally, my salute to the mechanics for keeping them in ship shape to date.

But seriously friends, isn't it time for the Jawa Yezdi to bring in some retro flavour again?

Published by Bikes4Sale in category Reviews
Latest Comments. Share Your Opinion
Can anybody help me with what the price of the Yezdi Roadking was in 1994? I need to know this to assess the Rod Tax payable to the RTO on the depreciated value.

I am intrested in road king, is still avilable with u, if yes pls send out pics.