It recalls the heritage of unparallelled Indian Army.

The Jangi Paltan is a custom motorcycle by EIMOR Customs on a Harley Davidson Superlow model. The painting sketched over the body panels of the machines gives a look back to the heritage and history of unparalleled Indian Army. The word 'Jangi Paltan' means the fighting unit. Jangi Paltan was the First Battalion of the Regiment raised in August 1768 as the 2nd Battalion Bombay Sepoys, to protect the British East India Company’s possessions on the islands of Bombay. The First Battalion comes under the tag Maratha Light Infantry (MLI), which is also known as the Ganpats, which is a regiment of the Indian Army, formed as the 103rd Maharattas in 1768. It is also the most senior light infantry regiment of the Indian Army. 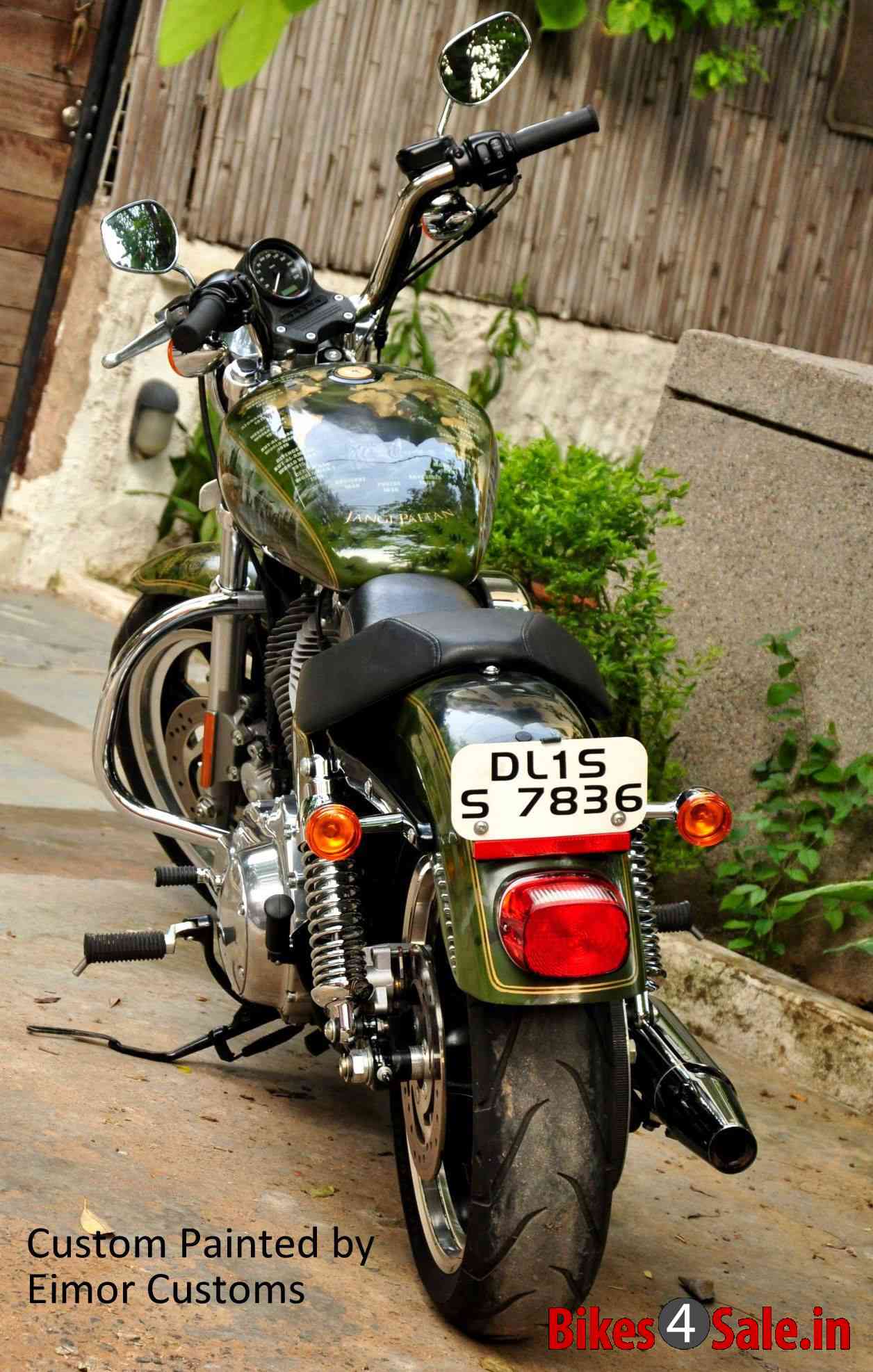