The ace American bike manufacturer Harley Davidson has rolled the all-new Softail cruiser lineup for the year 2018. The company revamped their twin cruisers such as Dyna and Softail range of motorcycles into the new 2018 Harley Davidson Softail range. The entire 2018 Softail cruiser lineup gets a brand new chassis, new underseat shock absorber and a new Milwaukee-Eight V-Twin mill in 107ci and 114ci. Moreover, the firm had also improved the handling and ride quality of their machines with a new frame and also by reducing the weight up to 35 pounds on various models. 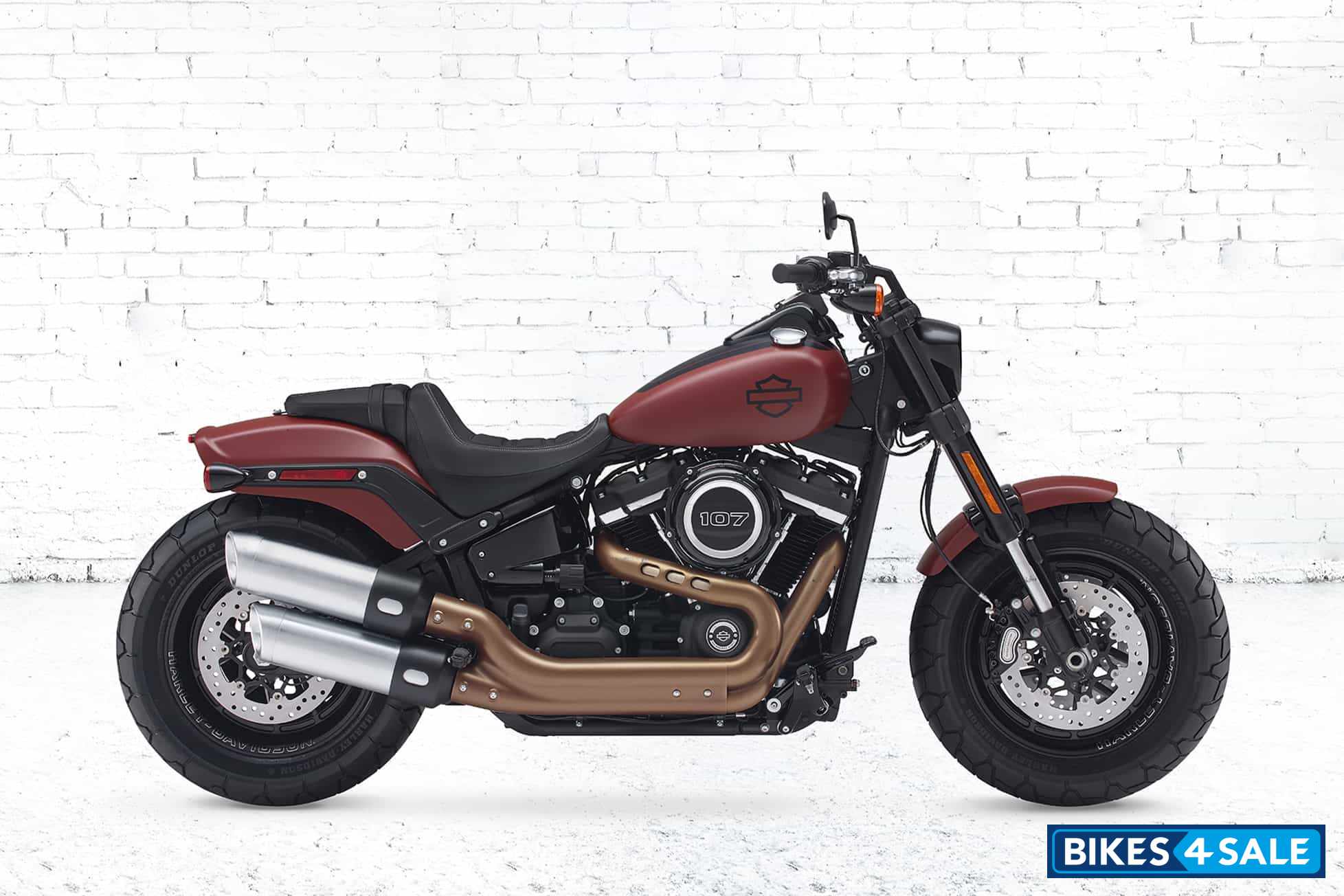 Among the 2018 Softail cruiser lineup, the Fat Bob looks astonishingly brilliant. It does feature the revolutionary design change of the HD brand. The Fat Bob is no longer a 'fat looking' motorcycle with chunky-tire and saddle. Now the model gets its own stronger identity with a fierce and manly look. Interestingly, the rubber engine mounts used in the former Dyna model is replaced by solid engine mounts as the new engine gets two counterbalancers. Moreover, the model gets twin shock absorbers for more comfort. The new chassis of the Fat Bob is made from mild-steel tubular frame which has been redesigned to make 65 percent stiffer with 50 percent fewer components and 22 percent fewer welds.

The new Fat Bob is available in optional Milwaukee-Eight 107 & 114 with Electronic Sequential Port Fuel Injection. It gets a new 2-into-1-into-2 dual side with an inbuilt catalytic converter. The base model delivers a maximum torque of 145 Nm with a compression ratio of 10.0:1. The Showa Dual Bedning Valve fork found in the HD FL Touring line is now featured in the 2018 Fat Bob model. It reduces weight and provides linear damping for better control and improved handling. 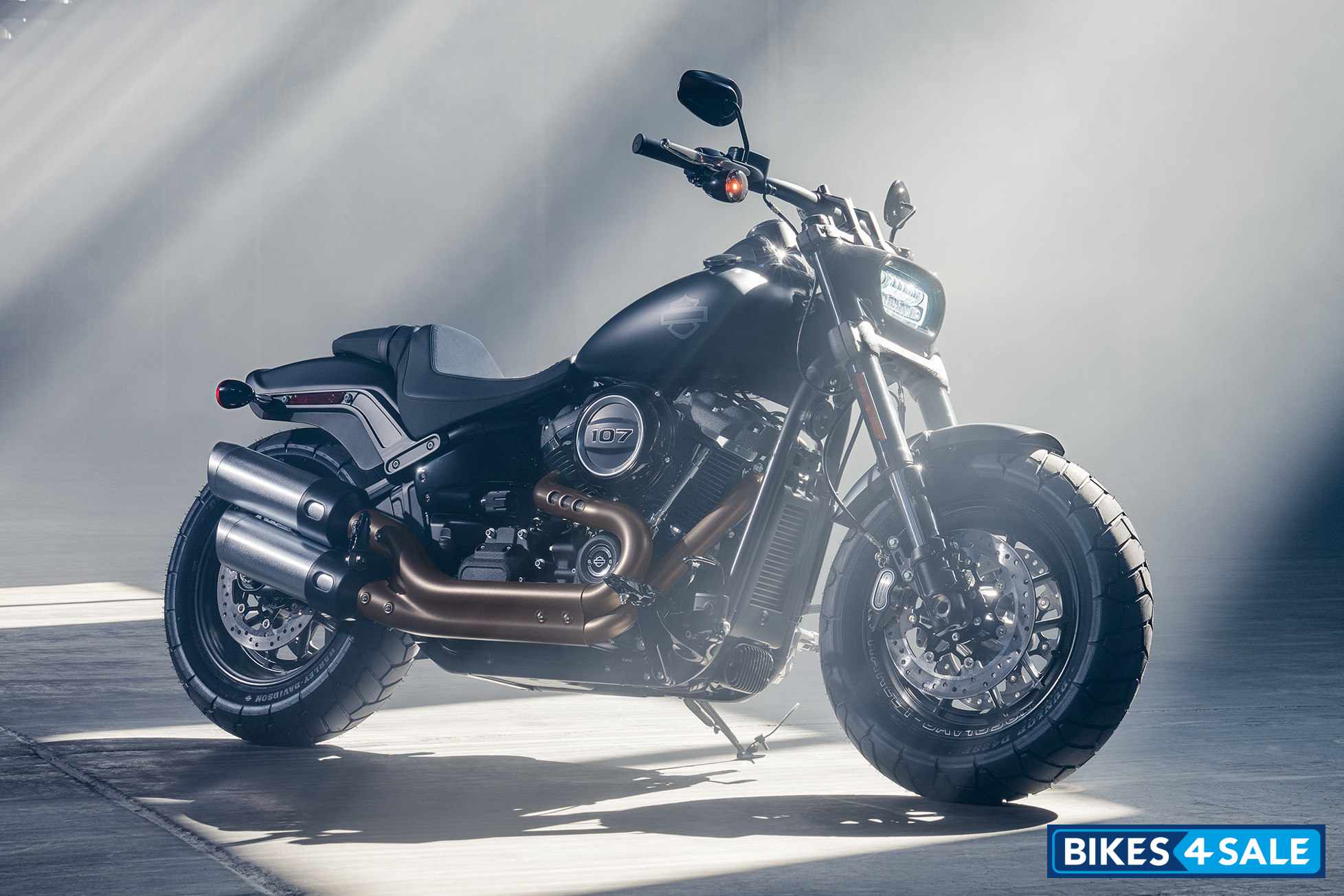 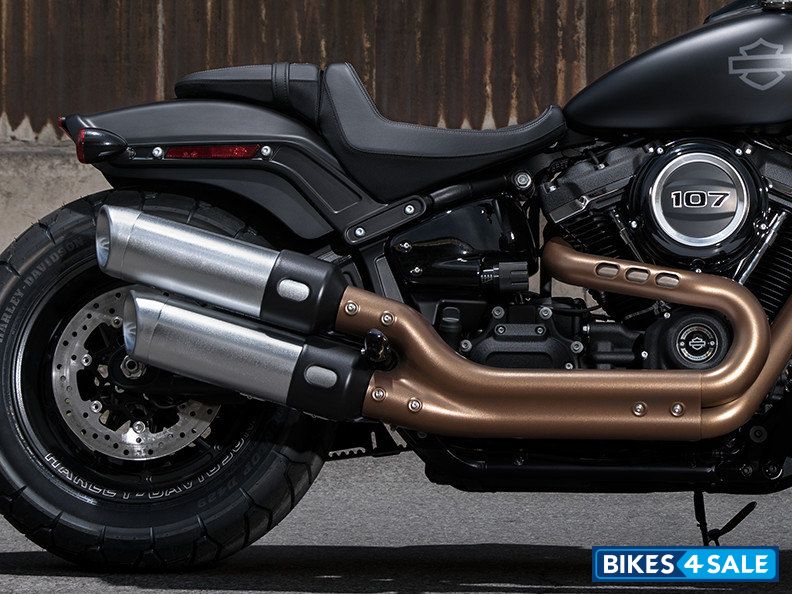 The Harley Davidson calls their Fat Bob as " Zombie Apocalypse" to describe the aggressive styling of the model. The 2018 Harley-Davidson Fat Bob starts at $16,999 in the USA and it is expected to hit Indian shores from the next year.
Written by Arjun Thambi.
Last updated on 28-08-2017. Published on 28-08-2017.