The New Member Of The Street Family: The 2017 Street Cup

It is the new retro classic motorcycle with stripped back and street racer attitude.

There aren't many manufacturers in the current scenario to make retro styled classic bikes than Triumph Motorcycles of Britain. It is their one of the dominating ground, where no other brands had reaped as many success stories like they do. For the past two years, it was Street Twin and the new Street Scrambler were doing this job for Triumph. And now it is being handed over to the newly born Street Cup.

This very new and fresh looking retro classic is based on the Street Twin platform using the very own 900cc high torque Bonneville engine from the Street Twin itself. It may look like a mini Thruxton in Street Twin's fuel tank, black engine covers, wheels and other cosmetic details. Sporty R-style footpegs, bar end mirrors with forged mounts and cafe racer styled humped seats are contributions from the Thruxton. 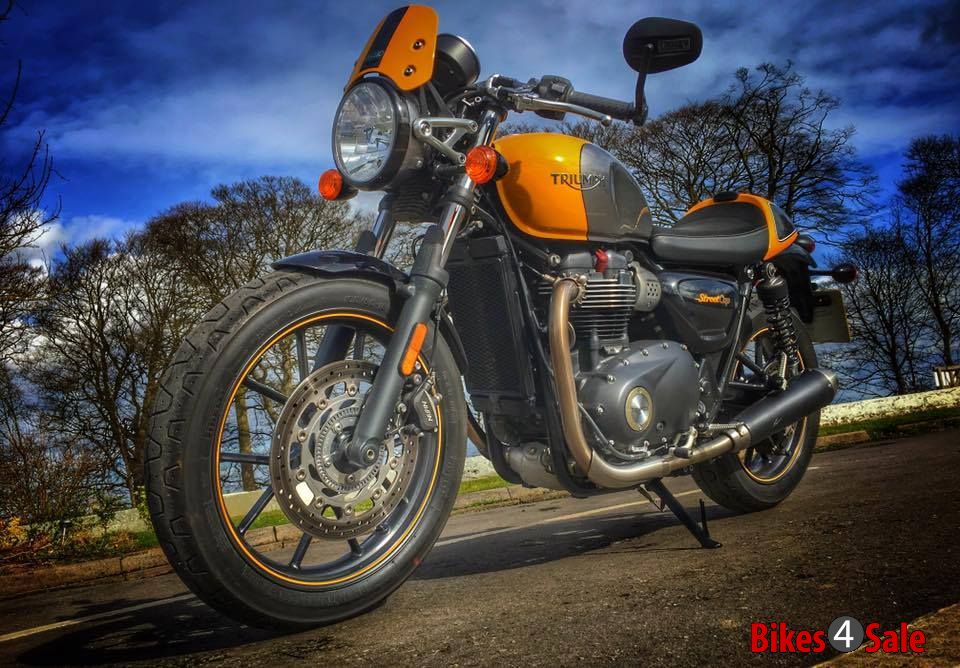 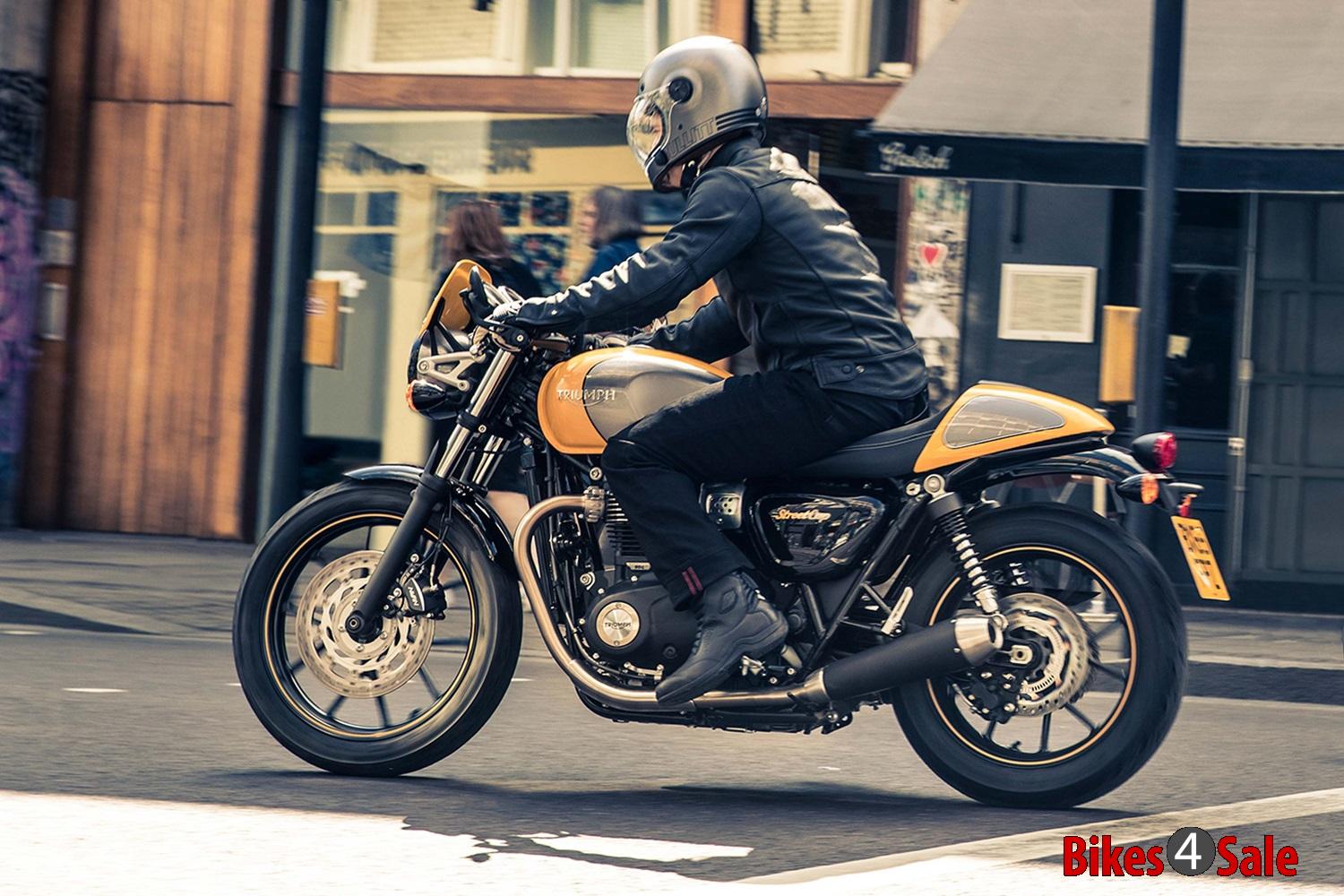 Street Cup is powered by 900cc, liquid-cooled, 8 valve, SOHC, 270 degree crank angle, parallel twin engine, which is capable enough to deliver a raw power of 55 bhp @ 5900 rpm and a peak torque of 80 Nm @ 3230 rpm. A 5-speed gearbox is mated with this engine to transmit power to the rear wheels. From a performance perspective, two into two exhaust system with twin brushed silencers are used here. The bike is built around tubular steel twin cradle frame and the chassis has been made it as a steeper rake for sharp handling and with a raised seating position, which is an inch higher and slightly forward. Suspension duties are handled by 41mm KYB shocks with 120mm travel at the front and KYB twin shocks with adjustable preload with 120mm travel is used at the rear. Stopping force of this beast lies within 310mm single floating disc with 2-piston Nissin axial floating calipers at the front and 255mm single disc, 2-piston Nissin floating calipers at the rear. The bike gets ABS system at both the ends. 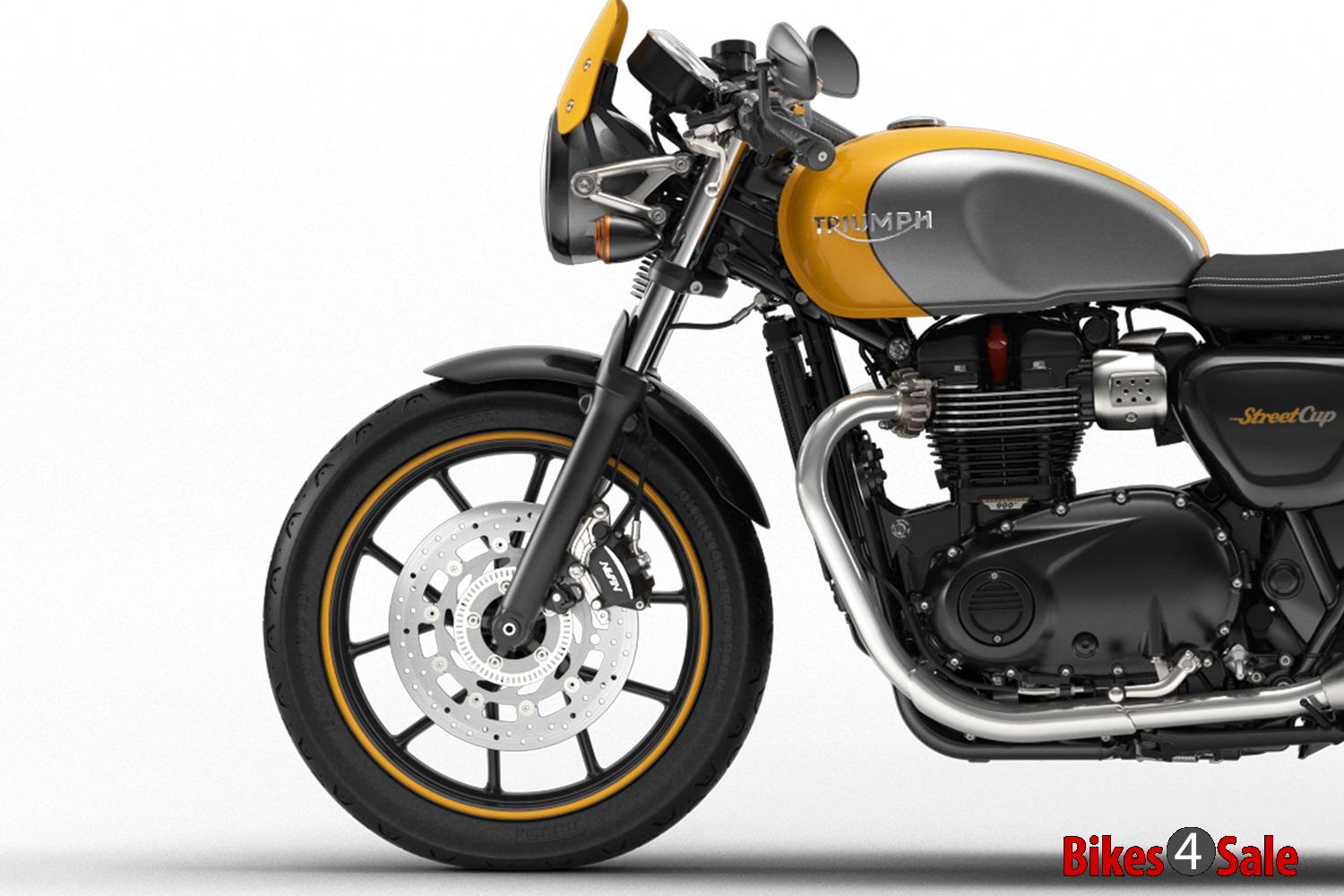 The Street Cup is available in Racing Yellow and Silver Ice with yellow wheel stripes or Jet Black/Silver Ice with Golden wheel stripes. The new model is currently available in all major European and some American markets. With the wide range of popularity and rise in sales figures may tempts the English bike makers to bring this model to the Indian shores. If that happens, it will be slotted just above the Street Twin.
Written by Arjun Thambi.
Last updated on 15-03-2017. Published on 15-03-2017.