The new bike is expected to be launched within two months.

Honda Motorcycle & Scooters India Pvt. Ltd. (HMSI) is working on a 100-110cc bike. The launch of the new machine is expected to be taken place within couple of months. According to rumours, the name of the motorcycle is tagged 'K23'. The bike will take over the Splendor brand, which is the best selling motorcycle series in the world. It is sourced that the K23 is based on the Dream Yuga platform.

By introducing more and more motorcycles in the 100cc class, the Japanese originated firm is targeting to sovereign the 100cc class. Currently, the 100cc segment is ruled by Hero Motocorp. It is the largest selling motorcycle segment in India. With CB Shine and CB Unicorn variants, Honda has already taken over the leadership in both 125 and 150cc class from Hero Motorcorp. Now the company is aiming to pioneer the entry level segment too. 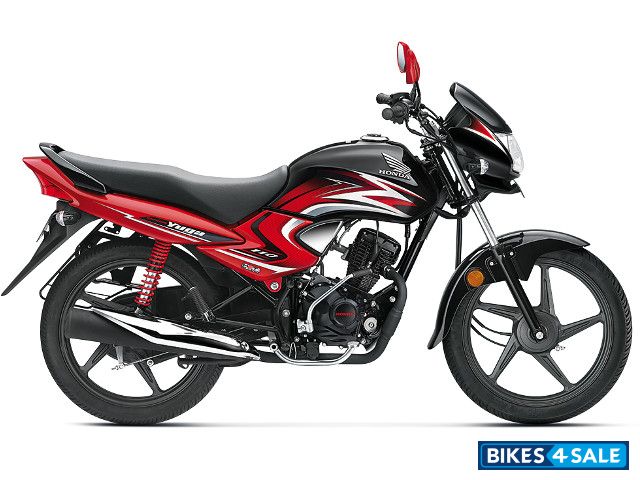 One of the officials behind the new 100-110cc bike said that the upcoming motorcycle was tuned version of the existing 100-110cc bike and would be priced competitively to pull down the rivals. The company also assures higher fuel economy with the yet unknown bike.

While launching the CB Trigger last month, the Operating Officer of Honda Motor Company, Mr. Shinji Aoyama said that they might become no. 1 either by 2015 or by 2016.

This is a great challenge for country's largest motorcycle manufacturer, Hero Motocorp. Hero hasn't rolled out a new machine in 100,110, and 150cc segment in recent times. In order to cut down the challenge raised by Honda, Hero must unveil a new entry level commuter machine as soon as possible, unless Hero will lose its no. 1 position even before 2015.

"Under the current scenario in India, I believe it will not be 2020, but even 2016 or 2015 by when we will attain number one position here. When we separated from Hero, we were quite sure (that) we can take more of Indian customers to gain market share. Indian customers have confidence in our products and technology and a product with the 'Honda' name is sold more here. The current market size (for two-wheelers) in India is 14 million units. If it remains at the same level, (with) no growth happening, we may be number one by 2015-16. But once growth happens, Hero and Bajaj have more capacity and room to produce at the present condition. They have an advantage in that connection but a lot depends upon the market conditions," said Shinji Aoyama, Honda Motor Company, Operating Officer.
Written by Jose Gonsalo Garshya.
Last updated on 01-04-2013. Published on 01-04-2013.